It was a particularly rainy night, much to Elais’ displeasure. He had just been instructed to investigate an abandoned run-down building in search of a being that supposedly had the power to destroy anything within its vicinity by a questionable magical arts researcher. The exceptionally worn down structure had a distinct rustic smell to it, with moss and overgrowth climbing up its length, painting it with more life than it’d seen in a couple of decades.

“We must find it before other government bodies do, since they will likely use it as a war machine. It could turn the tides of war forever and BOOM. Say goodbye to our little world," Adrienne had told him earlier before dispatching him off to his quest, flicking through the notes on her clipboard rather rapidly. She was petite in stature compared to Elais, and she was dressed like a vintage lolita doll rather than an academic.

"And why are you so interested in this..thing? Can’t you go get it yourself?" Elais responded with pure annoyance in his voice, tapping his foot up and down to hasten their conversation. He didn’t particularly enjoy being an errand boy, especially if it didn’t benefit him in any way.

Adrienne snapped her fingers together. "Your immortality will guarantee that it can be secured before others do. So that's why I need you to do it, boy." A smile cracked in her expression before she returned to analysing her notes.

Elais groaned, as if he expected any other reasonable excuse. Her wide grin was already an annoying sight, enough for him to bare his fangs at her.

"This being may be the key link to your immortality, you know, Elais. It could finally be resolved once and for all," Adrienne said, her golden cat-like eyes beaming at him.

Elais was irked recalling their conversation, unsure of why he actually accepted the request to begin with. There was no way that a mere creature could undo his immortality, otherwise he would’ve done it centuries ago. He stepped into the building, with nothing but the dim moonlight and the faint glimpses of the fireflies guiding him into the shady building.

His footsteps echoed as he made his way further into the premises, with a lingering foul stench tainting the air. There were a number of corpses drowned in pools of blood spread across the concrete flooring, many of them appearing to be military personnel. Most of the blood didn’t smell fresh, with an exceptional few that even Elais wouldn’t dare take a sip out of if he were desperate, especially as they reeked of alcohol and cigars.

Upon closer inspection, Elais noted that all of the bodies appeared to have been skewered or crushed to death somehow, deducing that the being likely used projectiles or some form of super-strength. Honestly, if it could kill him then and now, he wouldn't mind it at all. It'd be doing him a favour if anything.

Despite a thorough search around the back of the building, it didn’t seem like there was any more to it as it was mostly reduced to nothing but wreckage, mostly random bits of debris and metal poles lying around.

He had been ready to call it a day and report to Adrienne that she’d sent him on a fool's errand, until he registered the scent of fresh blood within a close proximity. Not only did it smell fresh, but it smelled alive. Elais scrambled in the direction of the scent, and found a suspicious pile of rubble that seemed too conveniently shaped to hide behind. Behind the rubble was a young girl with long, straight mauve hair with a dark undertone, onyx spiralled horns wrapped around her head, curled up into a ball. She wore what appeared to be a torn, stained dirt sack, in Elais' eyes anyway.

"You shouldn't be here little one, it’s not safe," Elais calls out to the girl. He slowly approached her, in an attempt to not intimidate her with his presence.

"D-don't come any closer!" the girl yelled. Elais was certain he did not smell the presence of anything or anyone else in the room with them. He continued to approach her, his footsteps echoing in the silent building.

The resonating sound of creaking metal poles breaking through their corroded brackets soon registered before Elais could react. They crashed mercilessly into him, with a loud clang that left her ears ringing in pain. The girl let out a scream in fear upon witnessing the metal crushing the man’s body. It was a bloody sight to behold, one she had seen many times but could never get used to.

She sobbed lightly, and whispered to herself,"I tried to save him. I really did. It didn't work.."

The sudden clanging of metal shifting around caught her attention. The pile of metal poles that had crushed the man, had suddenly moved to her disbelief. Elais stood right up, dusting himself with disappointment at the newly made tears and fresh blood that had stained his double-breasted coat - as if nothing had happened. She looked at him with confusion, unsure if she was seeing hallucinations. Soon after, a sizable concrete slab had fallen onto him from above, his body landing straight into the concrete flooring. The girl was lost for words upon seeing Elais pick himself back up again, as he clearly should've been dead by now. He sure wished he was.

It was clear to Elais that the girl was the subject of interest that Adrienne had been seeking.

"A-are...You not afraid of me, sir?" asked the girl, who had hid behind the rubble once more, keeping a wary gaze at the indestructible stranger.

"Do you have anywhere to go?" asked Elais. His amethyst eyes looked right back at her with sincere concern. He extended a hand out to her.

The girl broke off her gaze, "No.. it's too dangerous for me to go anywhere. Especially near people.”

"You’ll be safe if you come with me. Anywhere is better than here."

She considered the offer for a brief moment, only to return a dejected look. "I don't think I should. I'm a monster. Everyone that’s ever tried to help me got killed because of me, and these powers."

"Then you and I are alike. We are both to be feared," said Elais. Noticing her weak limbs, he carried her back to Adrienne's estate, who was eagerly waiting for his return. 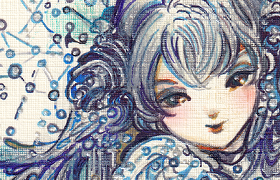 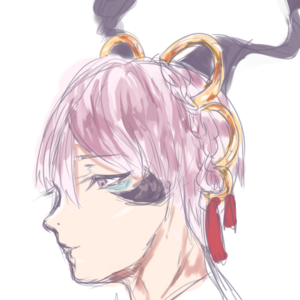 Elais just wants some peace, which is soon disrupted by a random stranger that claims to know how to undo his immortal dilemma...

This is the first part of my novel, thanks for reading!

Love your writing style~! it definitely got me hooked~! ^^ 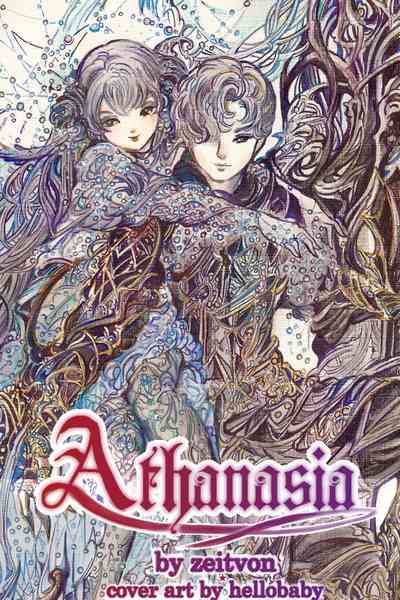 Elais, an immortal vampire yearns to end what feels like a never-ending cycle of torturous living. When he's told to find a being that has the power to destroy everything in its path for the sake of the world, he hopes that it's also the solution to his eternal dilemma - but all he finds is a young girl abandoned in the ruins, and has to take care of her against his will. Overtime, he learns that she is closely intertwined to his own fate more than he ever anticipated, and unfolds the dark secrets that changes how he views his life forevermore, whilst learning to unravel the walls of his guarded heart. 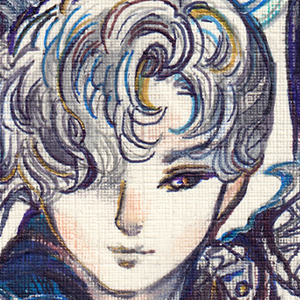