It passed through my mind, and not for the first time, that I had no idea how on earth I had ended up here. The Sidereus Society was an institution. An ancient powerhouse of stone and marble hidden behind a facade of a skyscraper, with secrets written into the stone and steel itself. For this was the home of the Astrals.

Astrals—humans born under the right constellation and lucky enough to develop mystical powers. And I was one of them now. Sort of.

A hand dropped down and ruffled my hair. I knocked the hand away, taken off guard. I’ve never had someone ruffle my hair before. But it was just Leander. Of course. He laughed at the look on my face. Leander was in his 30s, but always had a youthful, mischievous look to him. One of his hands dangled out the driver side window while the other ran through his curly sandy brown hair.

“No need to be so nervous, kid.” His amber eyes laughed at me as he popped a stick of gum in his mouth. I opened my mouth to respond—

“This is foolishness. We cannot bring her here,” a voice stated emotionlessly from the backseat.

I glanced up into the rearview mirror at Castor, the boy who had spoken. I still didn’t know quite what to make of him. Castor was tall—taller than me by far. His skin was an alabaster white and his eyes a brilliant emerald green, a deeper shade than my own green hair. Castor’s hair was close cut, almost white silver. He was the most striking person I had ever seen—which is why it was such a shame he ruined it every time he opened his mouth.

Castor noticed my stare and his eyes narrowed. I quickly averted my eyes.

“Why not?” Leander asked, eyes innocently wide. As innocent as Leander could play it, being Leander.

“You know why,” Castor said.

“Do I?” Leander drawled, his head tilted to the side. A smirk broke out on Leander’s face at Castor’s raised hackles. I watched as Castor forced his hands to unclench—which only made Leander’s smile wider. I hid a smile of my own behind one hand. It would never get old, watching Leander mess with Castor.

Castor, seeing both our smiles, grappled the back door open. He climbed out and slammed the door behind him. Brat.

Leander motioned me out and I slowly got out of the car. I followed Castor into the building, Leander behind me. My nerves grew with every step.

The inside of the lobby was completely at odds with the modern exterior. At the entrance was a large marble arch, the constellations of the Astrals engraved above. I recognized some—Leo, Cancer—but the rest I’d have to look up later.

Beyond the arch, the atrium was mostly empty. A few Astrals mingled on the white marble floors, but it was mostly filled with statues of the Constellations. A well carved Leo lion. A beautiful statue of a woman, Aquarius, holding a jug of water.

And then, above me, I saw it. The night sky, enveloped in the colors of a nebula. Sprinkled throughout were the stars, glowing like diamonds. I’d never seen anything like it.

“It’s beautiful,” I said, the words escaping me before I could hold them back.

“It’s the ceiling,” Castor said from the other side of Leander.

“It’s both,” Leander said, shrugging. He walked backwards, hands in his pockets. He jerked his head to the right. “Aris, this way. Castor, you’re dismissed.”

I followed him down a stone hallway, going deeper and deeper underground.

“Remember, from this point on, be careful what you say,” Leander said under his breath.

The hairs on the back of my neck stood up.

“What happens if I fail?”

Eventually, we came across a woman in front of an altar. She lit candle after candle with nothing more than a motion of her hand—no lighter in sight. I swallowed.

“This is the Registrar,” Leander said.

“Welcome back, Lord Lang,” the Registrar said. Her voice echoed in the stone room. She turned to us and I saw her cloudy, blue eyes. She was blind. But I got the feeling she didn’t miss a thing. Her voice was flat, emotionless, but respectful. She turned to me and though our eyes didn’t meet, a shiver ran down my spine. “And welcome, young one.”

The Registrar gestured to a chair in front of the altar. I carefully sat down, my hands wrapping tightly around the edges of the seat.

“Shall we begin, then?” the Registrar asked. I nodded—then remembered her eyes.

The Registrar kneeled in front of me. “Did you have any knowledge of the Astrals and our ways before coming here?” she asked.

“No. Would have made it a lot easier though,” I quipped.

Her expression didn’t change. I squirmed in my seat.

“You understand you will never be able to share this with your family, correct? The penalty for outsiders learning about the Sidereus Society is death,” she said.

I smiled crookedly—better to smile than anything else.

“I don’t have a family—or anyone,” I said. I forced my smile to widen. “You don’t have to worry about me.”

“My apologies,” the Registrar said after a moment.

“It happened a long time ago,” I said automatically. I’d been saying it for years.

“Perhaps you can find your family here,” she said, in the softest tone I’d heard her use yet. Then her voice returned to the frosty tone it had before.

“Your Constellation?” she asked.

My heart sped up.“My Constellation,” I repeated. I hated lying—but even if I hadn't, my mind went blank. What had Leander said to say? The Registrar’s blank eyes seemed to focus on me. I felt as if I’d bared my soul. I had to lie. I had to say something. My life—my future—was on the line. But the words wouldn’t come out.

“It’s Hercules. But she’s having trouble manifesting her Constellation,” Leander cut in. He sent me a reassuring smile. I weakly smiled back—but the pit in my stomach grew. This was the world I was in now, a world where I’d have to lie and hide the truth. Because I had no trouble manifesting my Constellation—and it was most certainly not Hercules.

“And she’s a cusp between Cancer and Leo,” Leander added. The candlelight made shadows dance on his sunglasses.

“Fire…and water?” the Registrar said, her voice peaking at the end. Interested. “Show me.”

I held out a hand in front of me. One deep breath. I tried to remember the feeling of when I’d done this accidentally before. One moment there was nothing—and the next, a massive flame shot from my hand. The Registrar quickly reached out and took the flame. It formed into a sphere and spun between her hands. I supposed that was the power of a fully trained Astral.

“And the water?” the Registrar asked.

I lifted my other hand. At first, it looked like a single drop of water, but in moments, it had turned into a fountain, splashing both me and the Registrar. It tried to form it into a ball—like the Registrar had done with the fire—but it was lumpy and didn’t hold its shape. The Registrar held out her hand, the ball of flame in her palm.

For a moment, I considered what would happen if I refused. If I got up and left. If I’d never come to this place, had never learned of this world. Could it all go back to the way it was?

Not after what I had seen—what I had felt. I dropped the water into the Registrar’s hand.

The moment it left my hand, all shape and form were lost. The water doused the flames and drenched both the Registrar and me. I realized then she couldn’t control water. Just fire.

“So does she pass?” Leander asked.

“She does,” the Registrar stated as she stood.

“That was the whole test?” I hissed at Leander. “Why didn’t you tell me?”

“Oh,” he said, blinking innocently at me. Fake innocence. “I thought I did.” Castor apparently wasn’t the only person he liked to mess with.

“Welcome to the Sidereus Society Academy,” the Registrar said.

And that was it. I was a student. Surrounded by the very people who had sent someone to kill me. Here we go. 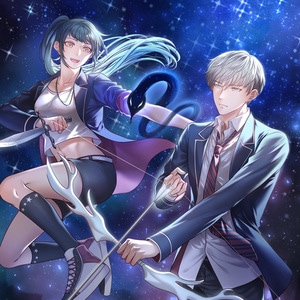 Aris just doesn’t get a break, does she? Thank you all for reading! I’m so excited to share this story with you. Which would you rather have? Fire or water powers? 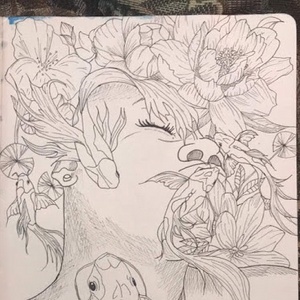 THis seems to have a lot of potential! Keep it up I know how hard it is to write. You’re doing great💜💜 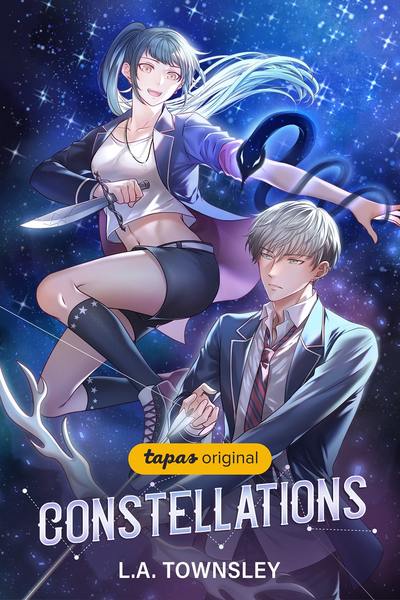 Some people are born under a lucky star; Aris Gray isn’t one of them. Orphaned as a baby, she has struggled her entire life, but now, at 18, she hopes that going off to college will mean a new path for her.

Unfortunately, that new path begins when she’s attacked in an alleyway by a stranger. To protect herself, Aris summons shadow powers she didn’t know she had and a Constellation, a being that also grants her elemental powers.

This is Aris’ first introduction to a world she’s never known, one filled with powerful humans called Astrals, whose abilities and Constellations are dictated by their birth stars. Astrals mostly use those powers to hunt down Dark Stars—humans born under evil omens who are destined to cause only pain and ruin.

It isn’t long until Aris learns she is an oddity in this world: shadow powers are common to Dark Stars, but her elemental abilities and Constellation mean she’s also an Astral—something that should be impossible. As Aris is pulled deeper into this new world, she soon discovers that the ages old tale of “good” Astrals versus “evil” Dark Stars is not what it appears to be, and must find out her own unique position as one who straddles both sides. 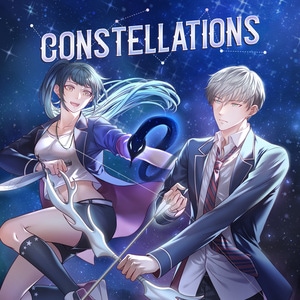