“So, what character would you like to choose?” A cute anime figurine with a big smile on her bright face was visible and the white-colored dialogue box beneath her showed the text. She had her right hand pointed towards the screen behind her towards the two other anime boys, one being slender, who had a torn-off badass black t-shirt with a narrow and long sword on his back, and his hairs covering his right eye, and his left eye red with rage. On the left of the screen was the other boy, who was more muscular, wore a black t-shirt with torn-off sleeves on top of his fleshy muscular arms, and had a thick blade in front of his left eyes, with his right eye sharp red too. “So, which character would you like to choose?” It was a box-shaped cathode television that had tons of wires all around the top and the right of the television box. The television was kept on top of a small table on the ground, and the muscular brown floor was filled with such wires all around, with a small box-like structure on the ground in front of the television. In front of the television were me, who had my legs folded and a game controller on my right thigh beside my right hand, which lay motionless and dead on the thigh. I had my head tilted rightwards on the single-mattress bed and my eyes closed, my mouth open, and a drool of saliva on the bed just in front of my mouth and cheek. A black slim smartphone was kept beside my left hand on top of the same brown hard flooring of the house, and the window just on top of my bed was giving way to the sunlight slowing falling inside and landing on my left cheek which was faced up. From that window, the green and white colored brick house was visible which had a number of bushes and greenery covering it. The green and white blended perfectly with the yellow warm rays and the chirp of a bird made it even more wonderful. Another chirp and the phone beside me suddenly woke up and started buzzing. “BZRRRR! BZRRR!” It started vibrating and jumping up and down and making noise. That left hand’s finger moved a little towards the palm suddenly, and then the hand turned the other side up and moved towards the phone which displayed bright the picture of an anime girl in a red wardrobe and a black witch hat and the figures of ‘Get up, sewmpaii~!’ on it. The half-sleepy middle finger of the hand softly clicked on the neck of the character, and suddenly her eyes turned a cross shape and she fell down the screen. The eyes of the teenage boy tightened as he moved his body up from the side of the bed. He raised his arms and then stretched them up, which were even trembling a little. His hairs were all muddled up and tangled up as he opened those sleepy eyes of his narrowly and looked at the television screen in front of him. “Man, did I sleep playing video games again?” I closed my eyes and scratched my hairs with my right hand. I then stood up from the ground and tapped my bare feet towards the door on the left side.

“I know you might be confused about what’s happening, to be honest. That… was me. Quite a long time ago, obviously. I used to be a die-heart otaku and that night—like many other nights—I fell asleep in the middle of playing a video game on my television.”

That same teenage figure closed the door of the small brown cottage behind him and stepped outside the house on the empty street wearing a white shirt on top of his black colored trouser. He turned backward at the door, rotated the key which made a tinkling sound, and then turned right and started running.

“I usually skipped school, but the thing is, I had to attend school that day. At last, it was the last exam of the first year of the high school.”

I walked through the narrow street which was tilted upwards because of the mountainous topography, and turned right and looked at the narrow stationery shop with an old man sitting in the shadows on the left of the shop, looking at the small box-like television kept on top of the back left corner of the shop. The shop was filled with plastic packets and papers of notebooks and pens and other stationery stuffed inside. I then turned my head a little frontwards to look at the fence in the front of that stationery shop on my right. At the other side of the fence—as I saw while walking through it—was a dusty football ground in front of the flower beds in front of the high school building with windows for the corridors and black railings on top of the school roof. As I was looking at the building, someone suddenly patted on my left shoulder and I turned my head that side. I looked at a grinning face who was trying to act shocked as he covered his open mouth—which was half-smiling—with his hands and looked at me with his widely open eyes. “OOOOOOOOOOOOOH MAN!” He said shockingly with a pinch of laughter and exaggeration.

“Ah man, here we go again,” I said and turned my head downwards which pinching the top of my nose.

“Shut up with your shitty ‘holy’ English, Haruto,” I said in my rough voice.

“Ah, okay, pal,” He said with a smile. “But really, what brought you here? Are you prepared for the exam?”

“Nah,” I replied as I continued looking towards the school gate in front of us where other students were entering. Then, I turned towards him and asked, “Do you have an extra pen?”

“I knew you won’t bring one with you,” He said with a smile, “so I bought some extra pens just in case.”

“Thanks, pal, and don’t forget to show me some of your answers.”

“Only the ones which won’t have any figures or drawings in it, right?” He said with a smile. “I’ll pass my paper on your desk, but my handwriting is kinda… you know… so I’m warning you again.” 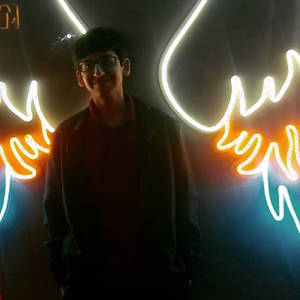 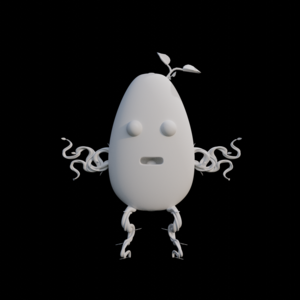 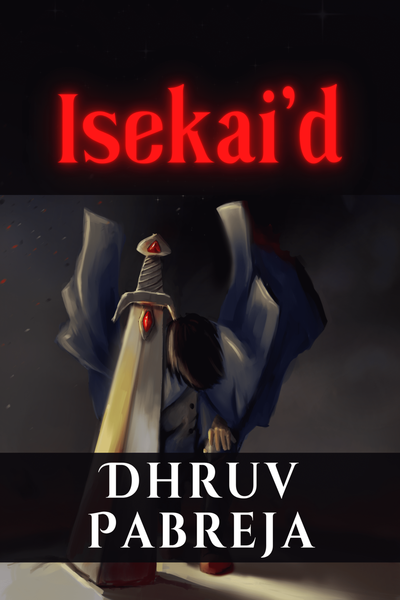 Life was relatively normal and cozy for Itsuki and Haruto—two Japanese high school best friends living in the peaceful little town of Chizu on the foot of the great mounts of Tottori Prefecture. Takemura Itsuki, an all-time bedroom gamer, and Shiratori Haruto, a noob game fanatic, were just playing an RPG game they found lying alone on the dark streets after their end-year exams. But, as the game completed, something relatively darker starts to unfold as the beasts came to life, threatening the existence of the whole village. How did this turn up like this? What the heck was happening? And, most importantly, why? Why the hell were they the ONLY ones chosen, out of all the people? Was… life really cozy and stuff for Haruto and Itsuki?
*****
Written by Dhruv Pabreja
New Episodes Every Saturday, starting from January 15, 2022
Warning: The series contains profanity, gore, and traumatizing content. Rated 13+.
*****
P.S.: Isekai'd series has a slow start and a comparatively slower pacing at the beginning of the series, but as the series goes on, it surely is gonna hook you up. Thanks.
Instagram @dp15000
Subscribe 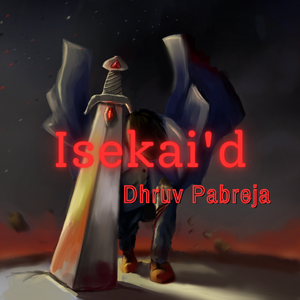