On the sandy wasteland of the Lost Sands, three figures stood at the edge of a pitch-black chasm that tore through the center of the earth. The fiery sun beat down its mighty heat upon these immortals, who were unfazed by the Lost Sands’ extreme temperatures. The three figures gazed down into the darkness of the abyss before them as if transfixed by the depth of the fissure.

One of these figures was a man with a long, wispy, white beard and a wizened face. He wore a white, sleeveless chiton that revealed the right side of his chest and draped down to just barely above his knees. His blue eyes reflected the color of the sky. He grunted, running his left hand through curly white hair that was as fluffy as the clouds themselves. In his right hand, he gripped a live lightning bolt that cracked and snapped with energy, glowing with silver light. “Mithra, I believe that it was your duty to subdue Ahriman. Why was it that one of my own, Ares, was found slain on the battlefield? It couldn’t possibly have been collateral damage.”

Another man, wearing golden gleaming armor that glinted with the sun’s shining light, stood beside the older immortal. He looked middle-aged, with horns protruding from his bright helmet. He had short, curly, brunette hair, and warm, orange eyes that would only be considered normal amongst deities. “Zeus, your fellow god fled Heaven with hopes that he would find a worthy opponent in the human realm. You and I both know what happens when gods leave Heaven.”

“Their strength is reduced and they become mortal,” Zeus murmured, understanding. Ares and Zeus were part of the same family of gods, worshipped by the humans in eastern Dastia, a continent on the planet Terrador. Zeus was hailed as the god of the sky and thunder amongst his family and worshippers, while Ares was recognized as the god of barbaric war. “So what happened here?”

“Ahriman tried to increase his own strength above that of any other gods by building an army in the Lost Sands in secret. I was sent as a representative of the Tulgorian pantheon to halt him. But he did not heed my warnings and thus we began to battle. However, Ahriman’s strength was far too much for me to handle alone. Ares arrived, hoping to be of some assistance, but even with the two of us, we were easily outdone by Ahriman’s dark magic. If you had not struck him down with your thunderbolt, Zeus, I may also have been killed,” Mithra said, bowing his head in thanks to the sky god.

Zeus looked at the giant fissure that stretched across the earth before him. It was at least a mile wide and two miles deep, caused by the single thunderbolt that he had thrown. Deep within this abyss laid Ahriman’s corpse. If Ares and Mithra had not weakened the dark Tulgorian deity, he might’ve survived Zeus’s mighty thunderbolt. “What are we supposed to do about this now? A god’s power never fades. If a human stumbles across Ahriman’s corpse and drinks his blood, they will gain the immeasurable power of the fallen Tulgorian god.”

Mithra nodded. “I understand that. I will ask for each of the families of gods in Heaven to donate Guardians to help deter any power-hungry humans that come near Ahriman’s body. He will be preserved and his strength will be locked away for eternity.”

“And what about Ares?” Zeus asked. “Do you intend to do the same thing with him?”

“No,” Mithra said, nodding to the third figure, standing behind him. “I believe that he will make the judgment regarding this matter.”

Zeus frowned, eying the mysterious figure. He was a shirtless man with tanned skin, wearing a hat made of the carcass of a falcon. Long necklaces of multicolored gems dangled from his neck and rested on his bare chest. He was holding a staff that looked like an ordinary stick in his right hand, jamming it deep into the sand as he eyed Zeus with his mystifying golden eyes with thinly-slitted pupils, similar to those of an eagle. “Ra, I wasn’t aware that your pantheon was a part of this quarrel.”

“It isn’t,” Ra said in a deep voice. “However, I am the creator of the Lost Sands, and two corpses of great gods have ended up in my territory.” He looked up at the sun and exhaled. “I do not believe it wise to use the same tactics on Ares’ power.”

“Why is that? If a human got his hands on Ares’ strength then—”

“If,” Ra interrupted Zeus, causing the god’s face to turn red with fury. He was not used to such a lack of respect. “I control the Lost Sands. Those who give in to the temptations of the natural sins of man fall victim to the countless traps that I have fortified in this desert. The Lost Sands punishes those with weak will and ill intentions. I believe that passing on the power of Ares to an infallible human would be wise. After all, why waste Ares’ power and leave it sitting there unused for millennia? Why not just pick a chosen hero who will claim his strength? One who is worthy.”

“One needs responsibility when wielding the enormous strength of a god,” Mithra murmured. “How do you intend to pick a human that has the capacity for such responsibility? How do you know that they won’t abuse their strength and wreck havoc upon other humans?”

“I will judge them myself. And, of course, if my chosen champion misuses their magic, then you are free to slay them,” Ra said with a small smile. “After all, Ares’ strength can be contained. Ahriman’s cannot.”

Zeus scoffed, looking away. “Do what you want, solar deity. But if your little experiment fails, I will execute the new Ares myself and make sure his strength is locked away forever.” He began to walk away from Mithra and Ra, not bothering to look at the other two gods any longer. There was a crackle of lightning as a thundering bolt ripped from the heavens and smashed into Zeus’s body, sending surges of vibrant light flashing in the air. In an instant, the god was gone, with nothing but a crater of scorching-hot glass in his place.

Mithra turned to Ra. “I expect that you’ll be testing candidates yourself to pass Ares’ strength onto, correct?”

Hello, thanks for reading "God of War Ares!" I wrote this book many years ago and I'm excited to bring this epic story to you on Tapas! Let me know what you think of the chapter in the comments! And please, if you enjoy the series, like, share and subscribe to support! Any ink is also appreciated! :) 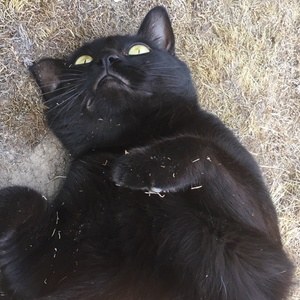 Hmm, a mixture of mythological pantheons and fantasy fiction. So far, so good. 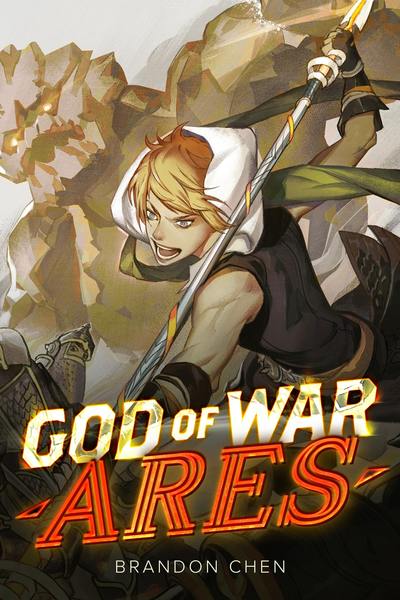 The Tulgorian Empire dominates over the other nations on the eastern continent of Dastia. When Darien, the teenage prince of Tulgor, is banished from his homeland and is forced to wander the endless desert of the Lost Sands, he finds an unusual friendship with a rock golem named Amon. And his adventure to godhood begins.

It is said that no human can cross the vast desert and survive. In the forsaken wasteland, the young boy will discover unrivaled divine power that will change his life forever. The old prince is gone and a god has taken his place, but how long can he ignore his past?
Subscribe 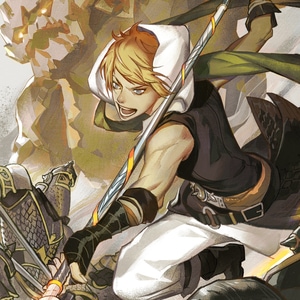