A bus darted down the road, its horn blaring frantically. First swerving left, then hard to the right… Whoever drove it had clearly lost control of the vehicle. The speed it accumulated threatened to flip it over at any time. The other drivers on the road frantically stopped their cars to avoid it.

The bus crossed several lanes in the road before forcing its way up onto the empty sidewalk.

The bus came to an abrupt halt as it slammed into an electric pole, which promptly fell down onto the vehicle. The people nearby got out of their cars and started gathering around the now wrecked bus. The doors of the bus opened, with the passengers inside spilling out with a panicked look.

“Someone call 119!” A shout come amidst the escapees.

A bus driver by the name of Han Maru passed away. He was 45 on the day of his death.

What were your regrets in life?

It was the first thing on Maru’s mind as he opened his eyes. He heard the sound of waves crashing against the beach near him. A cool breeze washed over his face as he sat up to look around.

“You’re awake. I was just about to wake you up.” A voice of a woman came up from behind him, confusing him even more.

“This is…” Maru trailed off.

Thankfully, the woman seemed to know exactly what he was confused about.

“You’ll know where you are in a second. Just think.”

Maru understood his situation as soon as he heard the woman in the white shirt. He found himself being quite amazed by his realization, but immediately ended up looking a bit bitter.

“So I died.” Maru confirmed.

The woman simply affirmed his suspicions. “Yes, you did.”

“Are you an angel?” Maru asked with a curious look.

The woman smiled wryly at the question. “Sort of. Some call me an angel, others, the grim reaper. Titles aren’t very important though. What I’m about to say now is.”

The woman started walking forward with fairly wide steps. Maru paced himself a little bit faster than usual to try and keep up. After around a minute of walking, they came across the sole parasol in the entire beach.

The woman motioned onto the chair underneath. “Please, sit.”

And so Maru did. The woman continued after sitting down on a chair herself. “Mr. Han, you died precisely on October 3rd, 11:23:14. Do you remember how you died?” Surprisingly enough, Maru could remember it.

Maru recalled the event almost as if it were a distant memory. He was driving the bus to its final stop. Just then, something came flying down the road, making a beeline towards him. It broke through the front window, slamming into his chest before falling down next to his seat. If he remembered correctly, it was something that resembled a hammerhead.

He felt his breathing weakening rapidly, followed by gradually loss of his motor control.

Maru stepped on the brakes and swerved onto the empty sidewalk-- he had to keep the passengers safe. At the time, making a stop at the sidewalk seemed like the best course of action. And then… nothing. He found himself at this place the next time he woke up. This led to one question in his mind.

“Were the passengers… safe?” He asked.

“Thanks to you, yes. Everyone survived. If you had given up half way you would’ve run right into a truck and killed everyone.” The woman responded.

That made Maru feel a little bit better. “That’s… good.”

Not by much, though. He may have saved others, but he was still dead. Who would take care of his wife and daughter now? That was when he remembered his life insurance.

“500 million won should be able to support my child somewhat until she grows up, right?”

The woman smiled at his question. “You must be thinking about your family.”

“Yes. My daughter’s just about to enter high school. I was never able to do anything for her because of my pay, but with that money…” Maru wiped a tear from his eye.

“Would you like to live your life again?” Maru became speechless for a second.

At that moment, an old lady in white traditional attire walked out from behind the woman. Maru knew this lady very well. She was his neighbor. The one who made a living out of picking up paper waste, Mrs. Yu Bokja.

“Mother.” That was what Maru called the lady.

She wasn’t his real mother of course. He just started calling her that as they started talking with each other.

“Mrs. Yu decided to give her chance to you, Mr. Han.” the woman said.

“Chance?” What chance?" The woman was only managing to confuse him more by the second.

“The chance to live once more.” The woman said.

“I lived fairly happily thanks to you. I’m grateful for the fact that you cared for me more than my children.” Maru looked down at the lady’s wrinkled hands. He used to help her out whenever he saw her carry around that cart by herself during wintertime. He didn’t do it because he expected anything back. He just wanted to see the lady smile every once in a while.

“You’re saying I can live my life again in your stead, mother?” He asked. The woman affirmed instead from the side.

Maru shook his head firmly in refusal. “You shouldn’t, mother. I don’t deserve…”

The old lady cut him off in the middle of his sentence. “I’m not interested in living my life again. It was horrible. I don’t want to experience war again. I don’t want to live a life where I have to run away all the time again. This is much better for me. All my friends are with me up in heaven as well.”

The lady smiled gently before continuing. “You’re different though, Maru. You’re still young. I couldn’t bear to see you go just like that.” The lady gripped Maru’s hand a little tighter. “Consider this a gift for talking with me all the time.”

“Please accept this chance for me.”

With that, the lady faded away from view. Maru just turned to look at the woman in a daze.

“There are a few restrictions, of course,” she explained. ”Your memories won’t be complete, so you can’t win lotteries with your memories.”

“Can I really begin again?”

The woman nodded in confirmation. Maru started to ponder. What would it be like… To live his life all over again? A question popped up in his head as he thought to himself.

“Um…” “You can meet your current wife.” she answered the question for him. “The choice to meet her again is up to you of course, Mr. Han. Ah, you’ll also get a few abilities going in.”

“Abilities?” What sort of abilities? Abilities that appear in comic books? Or abilities in the sense that he could cook better than others? The woman didn’t seem to want to answer his question this time, though.

“Consider it a gift for making many people happy. It’s also something from Mrs. Yu who just went back up to heaven.”

At this point, Maru started wondering just who Mrs. Yu was for the first time. What kind of a lady was she up in heaven that let her give him so many things? Again, the woman seemed to have read his thoughts.

“She’s someone who spread around unspeakable amount of kindness to the world as she lived. That’s why I offered her to live again. Though, that gift has now been given to you.”

The woman extended her hand towards him. There was a small pill sitting in her palm.

“If you eat this, you’ll be able to go back to your teenage years.”

Maru couldn’t remember much of high school. Just a few friends he still kept in contact with maybe? After around two decades, most of his memories from that time had become faint.

“You’ll be able to know a bit more when you wake up.”

Maru received the pill. The woman was smiling towards him.

“Please don’t be so giving in this life. It’s good that you tried to make others happy, but you sacrificed so much doing it.”

Maru smiled faintly. “I don’t think about other people that much.”

He looked at the pill one last time. He wasn’t so sure if he really wanted to go back to his time in high school. Suddenly, a wrinkled hand appeared from somewhere and pushed the pill into his mouth. When Maru looked back in surprise, the visage of the old lady smiling greeted him.

“Please have fun this time.”

With that, Maru lost his consciousness again.

Oftentimes, many people think to themselves, “if only I could go back to that time…” By the time they recover from all of their entrance exams, they have to start worrying about getting a job. Once they find a job and settle down a little bit, they have to deal with pressure from their bosses. When they finally move up the rungs a little to catch their breaths, their kids are right about to go to college.

And… Han Maru realized that such a dream has become a reality for him. He could hear the computer humming silently behind him. The monitor was off, but the fans of the main tower were still working hard. He noticed a little list smacked onto the wall next to him. Resolutions he made as he graduated middle school, was it?

“Phew.” He sat up as he massaged his temples with his thumbs. He could feel the heat of the electric blanket gather straight onto his butt.

Maru let out a small laugh. This small room. These messy clothes all around him. That pile of comic books in the corner, and that old book from the library that he never actually got around to reading. That half eaten bag of chips from last night next to his computer. His new bag sitting right next to his bedside, and…

Maru tried fumbling around a bit under his pillow. There it was. His phone. It was a habit that never went away even until the moment of his death. After stepping on his phone the first thing in the morning, he built the habit of leaving his phone next to or below his pillow whenever he went to sleep.

“First year of high school, was it?” he mumbled to himself.

Maru slid open the unfamiliar phone in his hand. Right. This was what phones looked like around this time. But in a little while…

He remembered that phones changed in design, but he couldn’t quite remember how it changed.

Maru recalled the words of the woman from a while back. About how his memories would be incomplete. He couldn’t recall most things from his life back when he was 45. As a matter of fact, he could remember more about the food he ate yesterday more clearly.

Maybe this was why he didn’t feel so confused when he woke up? His previous life’s memory didn’t conflict with his current one very much. It felt like he just woke up after a very long dream. A dream he couldn’t recall so well after waking up.

Maru looked up at the ceiling. 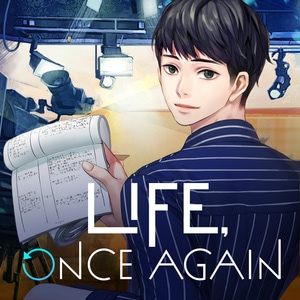 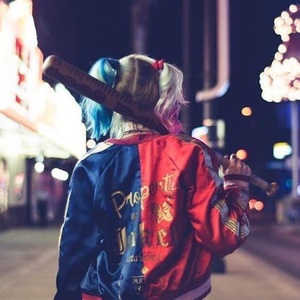 NIce! I am back to reading worded novels after a long time and this is my first one actually...let’s see how it goes. 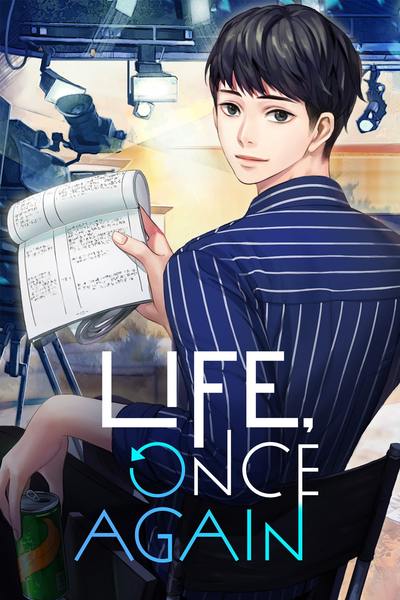