Dangling over a skyscraper and holding on to the friction provided by the edge, shivering and panicked.

“Drop me. Drop me now and climb back up.”

Those were the words that reminded him that he was in danger, none of this was a bad dream or a painless simulation. So what was it that led his path here? Fate? Karma? Or falling with the wrong people?

Quy “Quentin” Tien Nghiem, He/Zey, 22,  born on the 26th of June, Vietnamese but raised in the former Saiba-Japan. December had just arrived and looking for a change of pace from jet-setting and year-long vacations, zey decided to settle down in San Florecer.

A fairly young city built only twenty years ago, San Florecer is home to an abundant Japanese-American population and a deep loophole of organized crime locals wouldn’t dare to touch. It was the perfect permanent home to transition to after being raised in the technology-dependent Japan, which used to be isolated and inescapable until. . .

Zey stepped off the plane and looked for the “Artsy, Interpretive Welcome Sign” his friend had promised after getting his luggage.

Lily was standing with a large poster board, decorated with colorful markers to draw Garfield and write in big letters, “WELCOME HOME QUY!” Upon further inspection, the markers were also scented, what an individual.

Lily Yingtai Wu, She/Her, 23, born on the 21st of September, Chinese-American. The two had been linked via online chatting servers for adults who enjoy children’s shows for about three years, and having her as a familiar face was the biggest motivation for zem to move to San Florecer. She lived with her family in an ethnic neighborhood and rarely stuck to a job for any longer than a month. He pitied her for never being able to measure up to her family’s standards but then again, she’d never cared in the first place.

“Sooo, how’s my sign? I know you’re a professional artist or whatever but it’s pretty cool, huh?” Lily continued to wave it around as the two made their way to her car.

Quentin chuckled. “Yes, it’s definitely a multi-sensory experience with the inclusion of scents, and the displeased face of an orange house cat with a contempt for Mondays will always entertain me.”

“Yeesh, I forgot you spoke in BRI-ISH.” She accentuated the last word to further mock his accent, receiving only a look of discontent from the painter (that, ironically, resembled the Garfield on her poster).

Once the two arrived at Quentin’s new apartment, moderately nice because of his occupation although vacant and unfurnished.

“Maybe I should stop by one of those big furniture stores and just get a crap ton of stuff to fill this place up.” He tapped his chin, concerning Lily who realized he was actually considering it.

“Don’t. Enjoy all the space you have here because soon enough it’ll be full of chicken lamps, gems, and house plants. You’re an artist too so double that space being used up because I’ve seen the pictures of your old room and the number of random paints you have laying around is nasty.” Lily grimaced, taking in the open area as it may have been the last time she’d ever see it.

“It’s more convenient that way! If I keep all my paints in a case I’m sure to organize them wrong or smush them trying to get them all in! And my room is not a mess nor will it ever be one because I am a diligent cleaner.”

“Tomahto Tomato.” He shrugged, knowing his condition and enjoying jokes about it.

Lily checked her phone, “Shit, my shift is starting. See you later— try not to get lost!”

Quentin— admittedly afraid of being alone in the city— chased after Lily, “I could use a coffee! I’ll come with you!”

After about three hours of sitting at a table in the back of the café and scrolling aimlessly through social media, zey felt a tap on zeir shoulder.

“Dude, you paid for your Latte two hours ago. A line of angry college students with laptops who want free wi-fi is forming. I—I don’t know what your deal is but. . . go please?” It was the other person working with Lily, who was silently pointing towards the door in a way that screamed I can’t be fired for the third time this month, stop being clingy and get out.

Taking note of this, the artist looked back at the barista. “Ah— right, right.” He got up and waved to Lily. “See you tomorrow! Or preferably tonight!”

As he exited he could see embarrassment over his friend’s face as all the people waiting in line and the other person working glared at him.

The sunset loomed over zem as zey google’d BEST PLACES IN SAN FLORECER TO VISIT. Good peripheral vision had prevented Quentin from bumping into anyone but hearing “GET OUT THE WAY!” from behind him led him to assume he was being an obstruction.

Once he turned around, he saw the person that was shouting had dyed-blonde hair and a rubber jacket— is it rubber or pleather? Unimportant. Looking closer— mainly because the young adult’s heart fluttered seeing this menace to pedestrian traffic— zey realized they were being chased by another, burlier person who pushed onlookers out of the way to get closer to them.

“How peculiar.” Concentration on what was happening in front of zem lead zem to speak zeir thoughts aloud. But as the chase got closer to him he could make out the bigger individual pulling something out of his jacket.

In an immediate fight or flight response, Quentin grabs the blonde with one of his arms to pull them away from the line of fire, his heart stopping and adrenaline rushing straight for his head following it.

Zeir eyes were closed, and with barely a second passing he had no time to ponder or loom over his decision.

If only he knew what it would cost him. 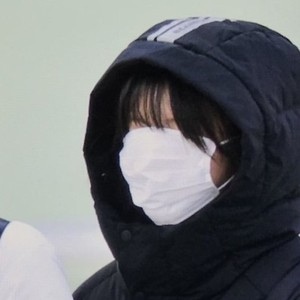 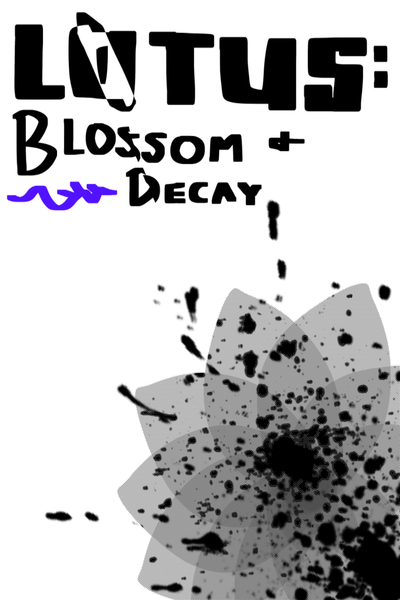 IN THE YEAR 2061, QUY "QUENTIN" NGHIEM FINDS HIMSELF SETTING SAILS FOR THE EVER-REGROWING UNITED STATES. WHERE HE'LL END UP IS A CITY KNOWN FOR ITS HIGH CRIME RATE AND TECHNOLOGICAL ADVANCEMENTS, SAN FLORECER.

ON A FAITHFUL NIGHT, THE BOY TIES HIMSELF INTO THE CITY'S WORLD OF UNDERGROUND CRIME HELPING THE SEEMINGLY INNOCENT ODYSSEUS ESCAPE, WHO JUST TURNS OUT TO BE THE NEXT-IN-LINE OF THE CRIMINAL ORGANIZATION KNOWN AS THE ORDER OF CRIMSON LOTUS. WHEN TENSIONS RISE, QUENTIN, EVER THE ESCAPIST, WOULD RESENT THE CHAINS HELD UPON HIM FOR COMMON COURTESY. WILL THIS CONNECTION BE WHAT SCORNS THEM BOTH, OR WILL IT BE WHAT DESTROYS SAN FLORECER'S DEVIOUS NETWORKS FOR GOOD?
Subscribe 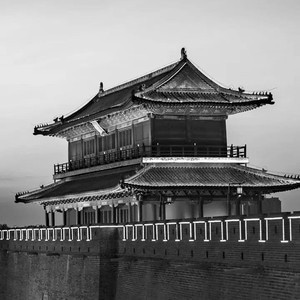