My Weekend Romance is a new story about sixteen-year-old Chris and his best friend Trevor. Chris and Trevor have some wild adventures together which begin with their next door neighbors: three strippers who live together. Let me tell you—a lot of crazy things happen in that house, and I can’t wait to show you. But one thing makes Chris and Trevor’s story a little different: Chris has a terribly huge crush on Trevor. As far as Chris knows, though, Trevor is 100% straight. Will Chris ever tell Trevor about his feelings? And how will Trevor react?

I’m telling this story part-by-part exclusively on Tapas. Part One is “A Boy in My Bedroom and the Strippers Next Door.” I think that pretty much sums it up :)

I wanted to kickstart 2018 right with a brand new adventure—will you come along for the ride and see what kind of trouble we find? Happy New Year, friends!

PART ONE: A Boy in My Bedroom and the Strippers Next Door

“Trevor. We gotta see what’s in that box,” I say, hiding behind the bushes in my back yard that separates my house from the strippers’ home.

Yes, strippers, plural. I’m a sixteen-year-old-boy with the absolute coolest neighbors you could imagine: three women who all work in the red light district, swinging on poles and swimming in dollar bills.

Last night, before leaving for work on what I’m sure would be a busy Friday evening for them, they started dumping something into this giant recycling box. Trevor and I had watched them leave, and even though it was night out, we carefully hid in my backyard, listening and looking for any sign of movement.

“We run like hell.” We giggle and quickly cover our mouths. Then, one step at a time, we move from my backyard to their driveway.

I hold my breath, scared that my mother will see us and yell, and even more scared that maybe some pimp is hiding out in the strippers’ basement, just waiting for us.

Do strippers have pimps? No, it’s stupid of me to think that. But what if these strippers do more than take their clothes off? I have no idea if that’s true, but my mind likes to wander to the most extreme possibilities.

My best friend and I walk side by side, shoulders touching, bodies crouched and close to the ground. These wonderful neighbors of ours are always doing something crazy, and every weekend since they moved in this last summer, Trevor would hang out and we’d spy on them.

Last week, they had an epic after-hours party that woke us up, but I didn’t mind. We saw things I never thought I’d see, at least at my age.

So, when we saw them walking out of the house and dumping one small box of things at a time into this much larger box, we just had to know what was inside.

It is a warm September night, but I feel chills run down my back. One step at a time, we made our way forward.

“My dad loves this movie called Seven,” Trevor says. “Some kind of thriller where they find a head in a box, I think.”

I gulp. “Oh, God. You think they’ve done something… I dunno, illegal?”

“I can’t imagine they’d trash illegal documents or a severed head in a recycling bin,” Trevor says and laughs.

“Yeah. True.” Still, my mind wonders what else they could do. Do they have a drug business? Prostitution ring? What’s in this damn box?

We walk behind their house, and it’s dark except for one light. That’s Sabrina’s bedroom. I don’t know if Sabrina is her real name or a stripper name, but she seems to be the leader of the pack. We saw her leave, though, with the rest, so maybe she just forgot to turn the light off.

Finally, after what feels like an hour but really only took like twenty seconds, we reach their driveway. Just a few feet in front of us is the large recycling box. Trevor puts his hand on my back and leans close to me. He whispers in my ear, and I feel the warmth of his breath. It sends even bigger chills down my spine, and I feel my arms shake.

“This has to be big,” he says. “I mean, they’re not in school and throwing away boxes of notebooks, right?”

I nod, and he pulls his arm away but stays close to me. I like the way it feels when he touches me. Trevor and I became friends in Pony League, the junior high version of Little League. He moved to this crazy capital of Illinois—Springfield—and became our team’s pitcher. I was the catcher, and I’ve only recently begun to understand the irony and humor in that.

Trevor’s a full-out lady’s man, though. He always has a girlfriend, and I’ve always had a crush on him. I’ve just never told anyone about it. Then God sent me the greatest gift possible, I’m convinced. I can picture an epic, gay infomercial: Are you crushing on your straight male best friend? Here’s three hot female strippers. I’ll move them in next door to you.

Trevor started sleeping over on the weekends, and it has given me a terrible happiness. I want to be close to him and love having him here, but I know we’re never going to have that kind of relationship, you know? The other thing is that I don’t think Trevor would care that I’m gay. He’s not homophobic. He’s the kind of guy who snaps at a classmate if they use the word fag for any reason, but then he spends his entire weekend making out with girls.

And I’m here in some kind of upside-down for gay teens. I want to tell him, but I don’t want to change our friendship. I think sometimes when he falls asleep in my room that I’ll just “accidentally” stumble over to the futon where he sleeps and put my arm around him. Maybe I prefer dreaming of the possibilities instead of the crushing idea of my fantasies never becoming real. So, I keep that part of myself private.

I turn and look at Trevor. Our faces are close enough that I feel his breath, but we’re only close because we’re trying to be sneaky. Still, it’s a moment I want to embrace. My heart is racing, and there are butterflies in my stomach for a couple of different reasons. I smile at him, and he grins back, a beautiful wide smile with teeth that nearly shine in the darkness.

It is both completely ridiculous and awesome how gorgeous Trevor is.

He turns his attention back to the box, and I follow his gaze. “Are you ready?” he asks.

“Yeah,” I say, and my hand reaches for his. I don’t even think about it—it’s like I can’t control it, and my hand has a mind of its own. I take hold of Trevor’s hand, and he looks at me only briefly. He smiles, and we move ahead, hand in hand.

It’s not romantic, not at all. It’s innocent, two kids on a late-night treasure hunt. That’s pretty special, too.

We reach the box, and we look inside.

It’s night, but it’s just bright enough thanks to the nearest street light to make out what’s inside.

And it’s the ultimate treasure chest. 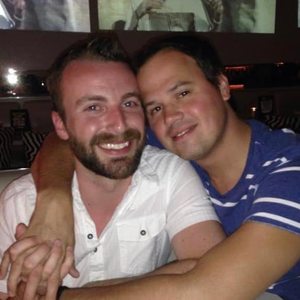 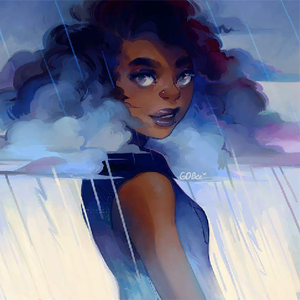 Strippers are regular people like you and me, why are these guys making these offensive assumptions about these women just because they're strippers? 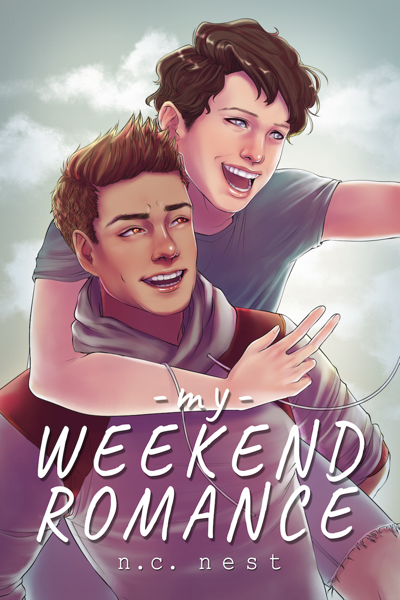 Sixteen-year-old Chris and his best friend, Trevor, have hit the jackpot: a group of strippers just moved into the house right next door to Chris's. Trevor, eager to spy on the wild parties the girls throw every weekend, starts staying over at Chris's house as often as possible. It's a recipe for a perfect weekend - especially since Chris has a huge crush on Trevor and would do anything to have him over.

But how long can Chris keep pretending that his feelings for Trevor are only platonic? And will Trevor ever start to like him the way he hopes he will?
Subscribe 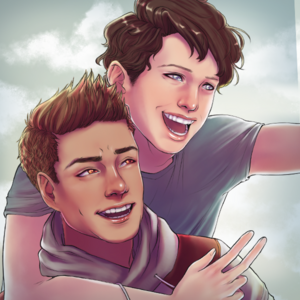