random stories that I only written one chapter for!

(A Gravity Falls inspired/based story...cause why not am I righ’?)

I was walking through the woods as I usually do to visit my friends Dipper, Mabel, Wendy, and of course, Soos! I always visit, especially after something weird happens. Weird things have actually been happening all week! I keep hearing noises in the bushes around me. I always feel like I’m being watched. The twins apparently have another great uncle that just came through a portal in their basement that was created by their first great uncle to save his twin! Plus, a one-eyed yellow glowing dorito randomly appeared in my treehouse one day claiming to be my father!!! I know the only person I could actually trust to tell all this to is Dipper, because he’s my closest friend, very good at keeping secrets (sometimes), and he seems to not only like the truth but loves to learn more.

I continued walking through the forest completely lost in thought when suddening something was running up to me from behind! It pounced on my back and made me fall right onto my face. “OW!” I said, the pain from a now broken nose surged through my head.

“Hey there! Kid! Are you ok?!” A man said, as he came running over the creature hopped off my back and licked my ear. I immediately got up because I needed to be able to breathe, and there was no point to stay down. I looked up to see what looked like a slightly skinnier, shaved version of Stan Pines. But this one was wearing a torn up trench coat and rounded glasses. After an awkward moment of silence I realised he was offering me a hand up.

“Oh! Um… yeah, I’m fine. My twin brother used to push me down all the time” I laughed a bit, taking his hand so I could get up “So who are you? And why are you out here?”

“My name is Stanford Pines, and if you didn’t know by now, I am Stanley’s twin brother. And I am out here because I was chasing that thing so I could write about it” Stanford said, pointing to the creature, which looked like a pure white fox with antlers, a black nose, and icy blue eyes that had little star-shaped pupils.

“AWWWW!!!! So you're the lil’ cutey that has been stalking me for weeks! Oh yes you are! Oh yes you are!” I said in a baby voice, completely forgetting that someone was watching.

“Umm...how hard did you hit your head?” he chuckled. “How about we, all three of us, go to the mystery shack. We probably have something to help with that bloody nose” I didn’t notice that it was bleeding until he had told me.

The small fox-deer-star-eyed-thingy leaped up and claimed my shoulder as her ride. “Is there any chance I could keep her?” I asked as we started walking to the shack.

“Did you already name it?” He asked

“Yup! I’m naming her...Frost E. Rose” I said with a huge smile. Frost let out a squeak of happiness.

He chuckled, “I guess she’s yours then, just please, let me write about her first”

I pretended to think about it for a second, “it’s a deal!” I smiled, extending my hand out so he could shake it.

“It’s a deal then” He shook my hand, then purple flames seemed to dance around our hands as they shook.

“What are you?!” He asked/yelled, pulling his six fingered hand away.

Suddenly time around us slowed to a stop, colored drained from the world, leaving me,Stan,and Frost the only colored beings.

“YOU'RE NOT MY DAD! LEAVE ME ALONE DORITO MAN!!!” I yelled, I turned to see that he was way closer than I had expected. He was now glowing red, he had an angry look that seemed to make the aura of rage fill the air. “LISTEN, EVEN IF YOU ARE MY REAL DAD, YOU SHOULD’VE BEEN THERE FOR ME THEN! AND DON’T THINK THAT NOW THAT YOUR A FLAMING HOT SPICY DORITO THAT YOU CAN JUST APPEAR OUT OF NOWHERE AND CLAIM ME AS YOUR OWN!!!!”

Stanford gave me a look that told me I needed to be quiet. My hands held each other in front of me. I looked down,suddenly shy.

Bill only rolled his eye and said “Sixer, you already made a deal with her, so i guess...she’s your problem now”  He snapped his fingers and we all appeared in front of the mystery shack and he turned red and told us “remember I’ll be watching you Sixer and Stardust! ALWAYS WATCHING!!!”

He floated up and quickly said “ Remember, reality is an illusion, the universe is a hologram, buy gold, BYYYYYYYYYE!” a large flash appeared from where he was, I got knocked back in surprise. I looked over to Stanford, who was just as confused as I.

After a while he finally spoke, “Stardust?! Bill’s Daughter?! Deal?! What did he mean?!”

“I-I swear, I don’t know! He keeps bugging me, saying he’s my father, and that he needs me for some sort of…..oh man, what did he call it?...a weirdmageddon?” I said, I then got up again “listen, the dorito man showed up out of nowhere, claimed to be related to a part of my life that I have no memory of, claimed to need me for something, and is now stalking me. I’ve dealt with his kind before….well not dorito people but people who play with others emotions for their own selfish needs.”

“Trust me, Bill Cypher is not a threat to be taken lightly. He’s-”I cut him off.

“Manipulative. Powerful. Smart. VERY annoying. Again, I’ve been around people like him.” I said, crossing my arms.

“Either way, you're not safe if he’s after you!” he said, raising his voice.

“I’m not safe either way!” I raised my voice back at him, swiping my sleeve over my nose, quickly getting rid of a bit of dripping blood. “I’ve spent my entire life on the run from a past I can’t even remember! I live alone in a treehouse in the middle of a forest so I can hide from government people so I don’t become a labrat! HAH! THERE’S EVEN A FLYING DORITO MAN COMING AFTER ME!!!!”

Just as I stopped yelling everything seemed to fall silent, then…

The door that goes to the mystery shack’s gift shop slammed shut as Dipper and Mabel Pines ran out.

“Hey-oh!!!!!” Mabel shouted happily, I pulled my hood over my head and ran off, back into the forest. I didn’t feel like being around people after what happened.

(about an hour before I arrived)

“Grunkle Stan, I don’t think that’s a good idea” I said, I was watching him painting pieces of paper to look like money.

“What are you supposed to be then, a cop?” he said sarcastically.

“WEE-OOO!! WEE-OO!! THIS IS SHERIFF MABEL PINES!” Mabel said as she ran over in a sweater that flash red and blue and made siren sounds.

“Nice sweater, dude” soos said as he was fixing a light in the gift shop.

“Oh no soos! I have to arrest you now!” Mabel said with a gasp.

“You were going 60 smiles-per-hour!” She giggled, soos laughed at her joke.

I just rolled my eyes, and with a smile, I went back to reading the journal.

The door slowly creaked open, revealing one of our good friends, Delano.

“HI DELANO!” Mabel shouted happily, running up to him to hug him.

“Umm….hi Mabel…” he said, with a hand on her forehead to keep her away. “Hey everyone, is Stan doing something illegal again?”

“It’s not illegal if you don’t get caught kidS!” Grunkle Stan said, looking up for a second.

I face-palmed “Grunkle Stan, do you even know what it means for something to be illegal”

“Of course I do! Why do you think I was sent to jail in columbia?!” he chuckled.

“Anyway… do you guys have any idea if Cassidy is coming over today?” Delano asked.

Cassidy Rose. She is a friend of mine, (and one of the only girls my age that seem to like hanging out with me) Plus she’s actually seen and experienced some of Gravity Falls weirdness and told me about it.

Sometimes I feel like she’s actually part of all the weirdness. Once I asked her why she never leaves Gravity Falls and all she answered with is that ‘it feels like some sort of invisible force keeps me here, and if I wanted to leave a part of me would be trapped here while the other is far away’

It never made that much sense until Grunkle Ford explained how there's like this pull ofGravity Falls that attracts weirdness and keeps it in. But that also leads to the question: ‘what makes her different? How is she odd and/or weird?”

I chewed on the end of my pen thinking of what the answer could be.

“Hey look! She’s outside right now!” Mabel yelled into my ear as she ran to the window. I walked over to the window and saw that she and Grunkle Ford were in mid-argument. Mabel didn’t seem to notice but Delano did.

Me and Mabel, though, seemed to know better than anyone what Cassidy was like when she was angry, sad, or upset.

Most people (or at least what she claims) would take their anger out on others, point fingers to the next person, and sometimes are over-dramatic or just yell things that made no sense.

But she was always a bit quieter, so seeing her yelling is very rare. Normally when we see her this upset about something she would act like it didn’t bother her, Like she had set up these walls around her, sheltering her from well I guess the world. But she never brought her walls down, it was like she trusted no one or was too hurt to trust.

We watched her, then I realised she had a bloody-nose! At that moment, 50 different worrying ideas went through my head on how it happened

‘Did Robbie beat her up?! Was she attacked by one of Gideon's goons?! Did someone throw something and it hit her in the head?! Did her family find her, and hurt her again?!

I started worrying about her so much as different thoughts kept going through my head. So many things could’ve happened to her!

Suddenly,snapping me out of my thoughts, Mabel grabbed my arm and we bursted out the door. There seemed to be a moment of silence….

“HEY_OH!!!” Then Mabel broke the silence. Just before Cassidy pull her hood over her head, which covered her face in a shadow, I saw tears in her eyes,then she ran. 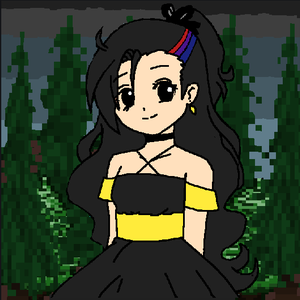 Angel of the forest

ok....do you guys want this to be a real story?
if so,
What should I name it? Do you want to make an appearance in it like my (real-life) friend Delano did? Did you guys like it? Is there something I could do to make it better?

Also I made this about a month ago and scheduled it to release on Oct. 28.
this is because I know that I will not be active on here for a long, long time.but I promise I will be back soon! 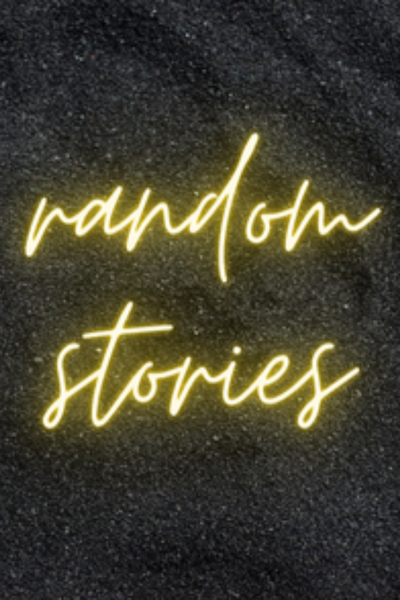 random stories that I only written one chapter for!

HI! as the title says I have only written one chapter for each! sooooooooo, enjoy!
Subscribe 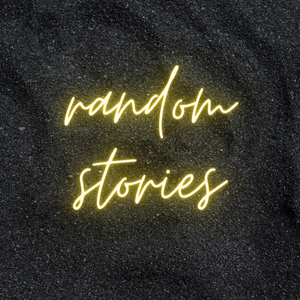