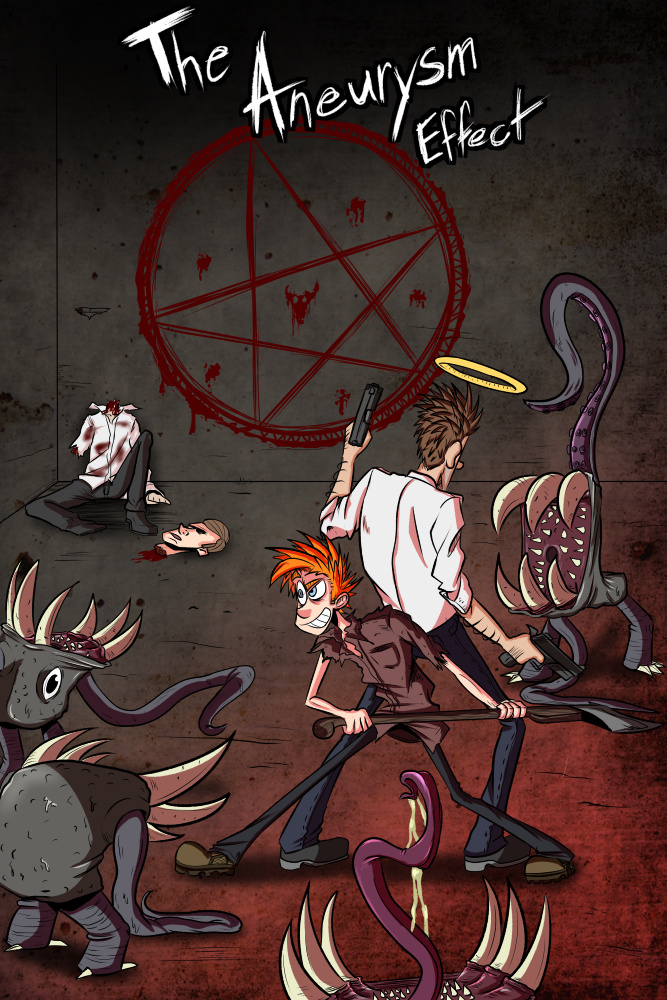 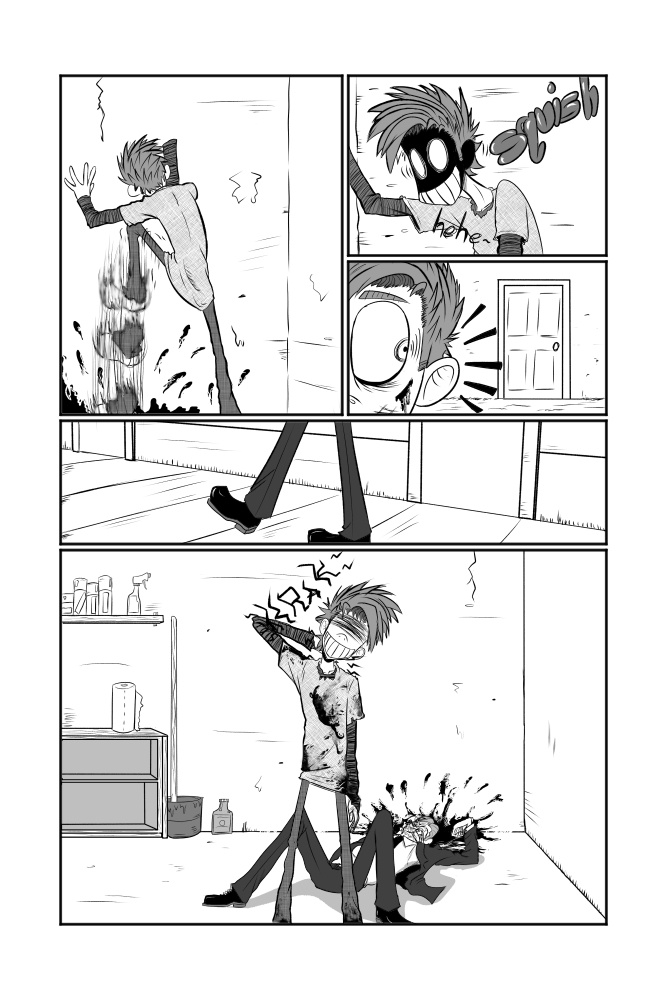 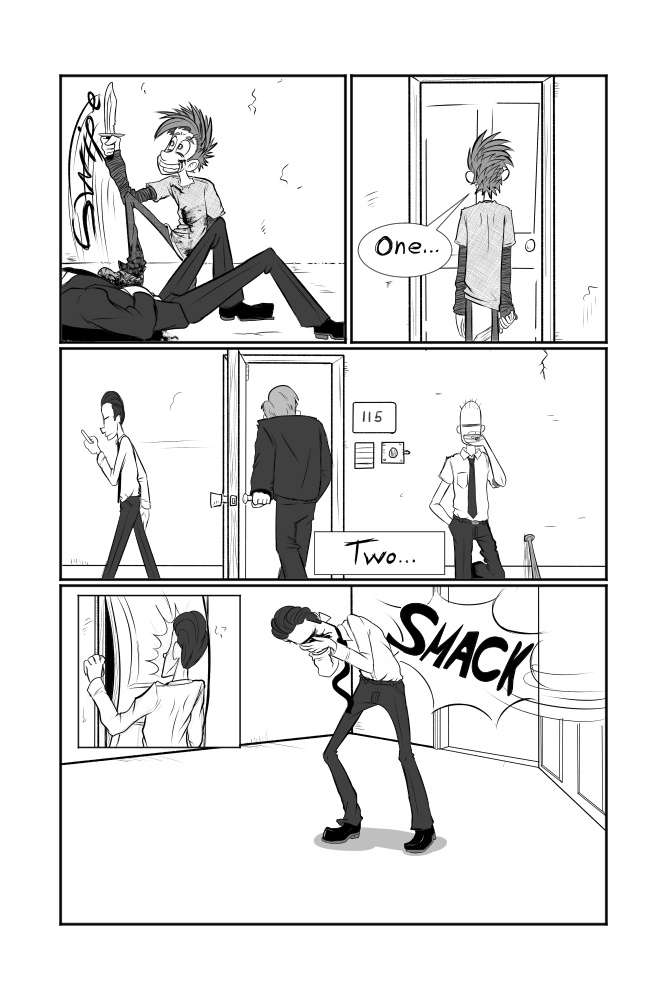 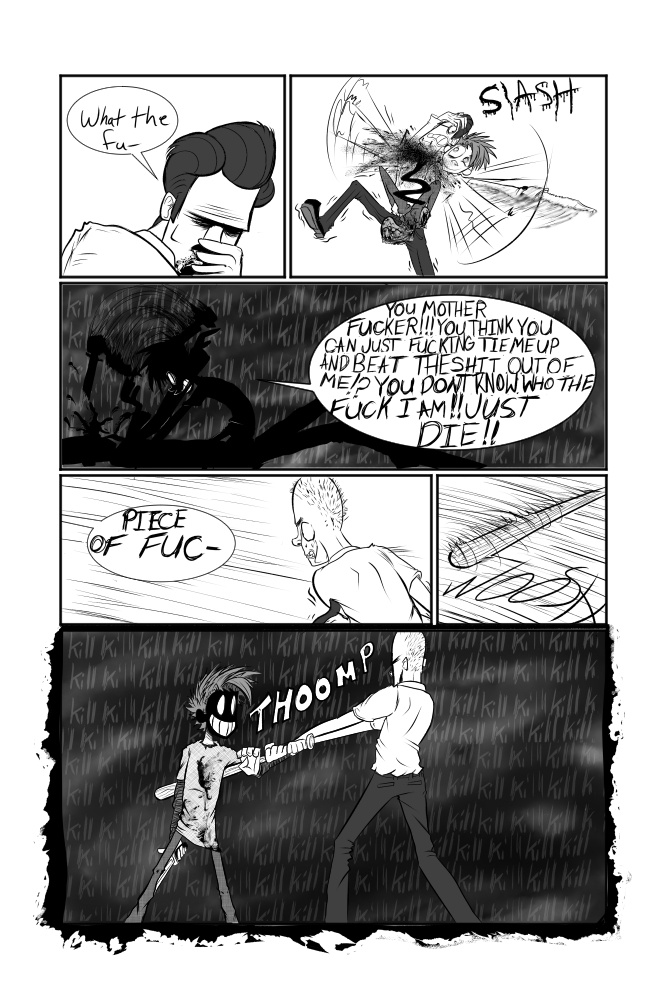 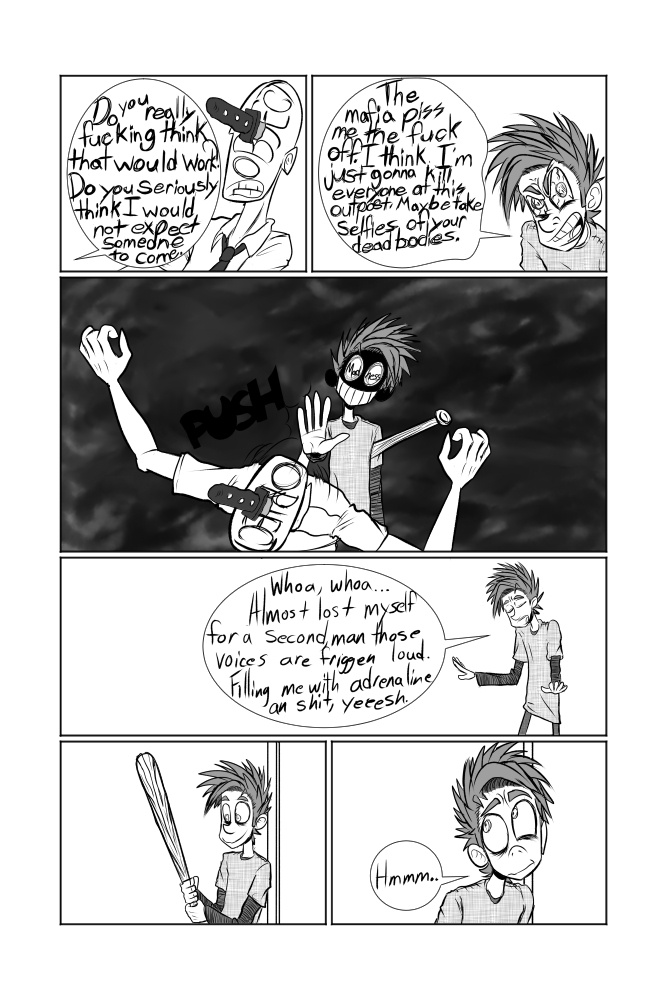 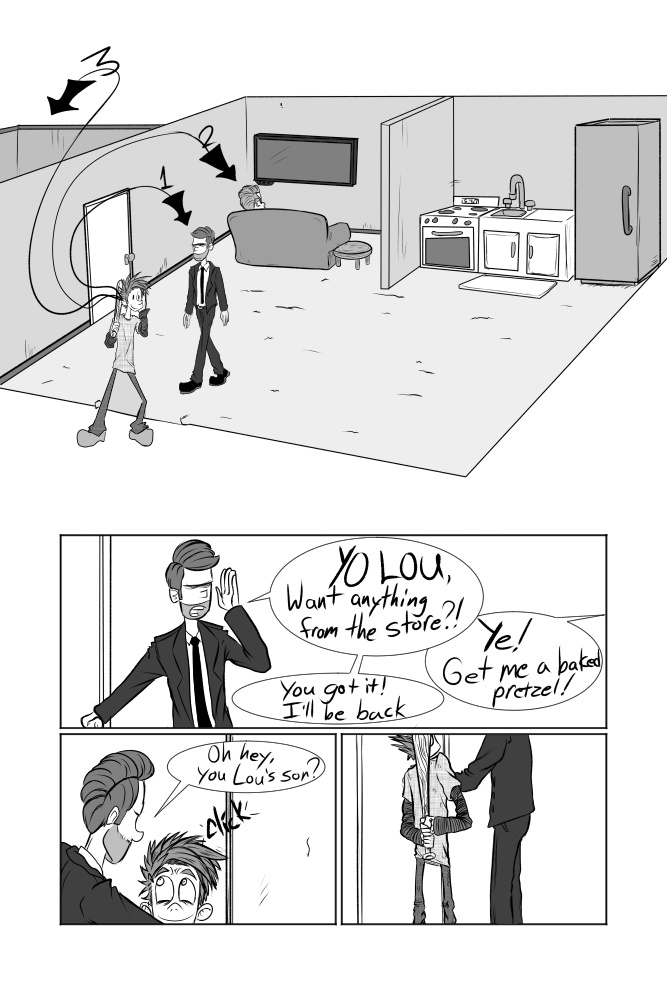 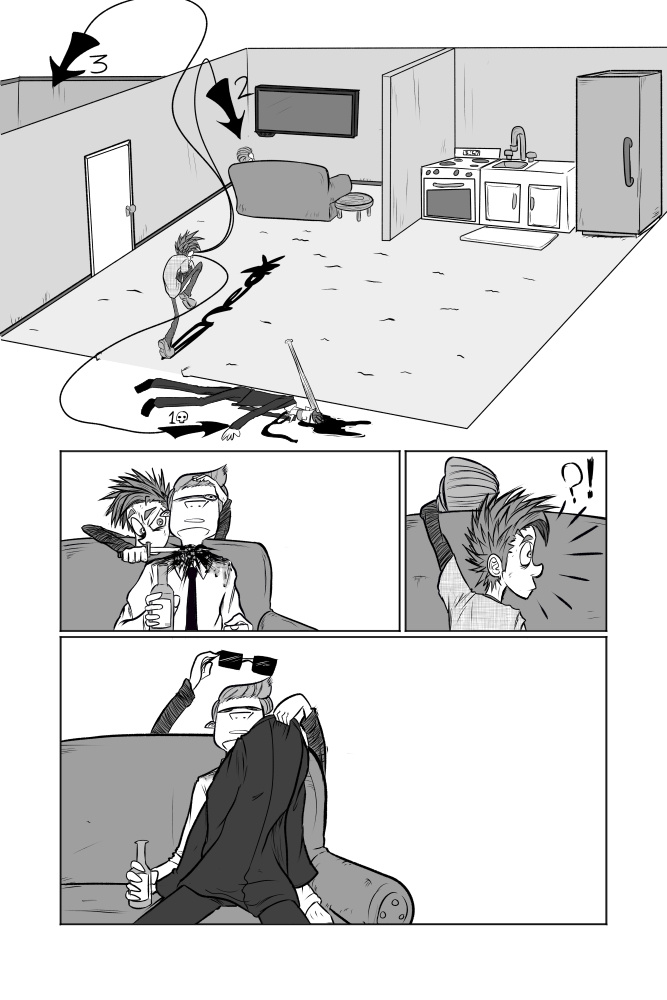 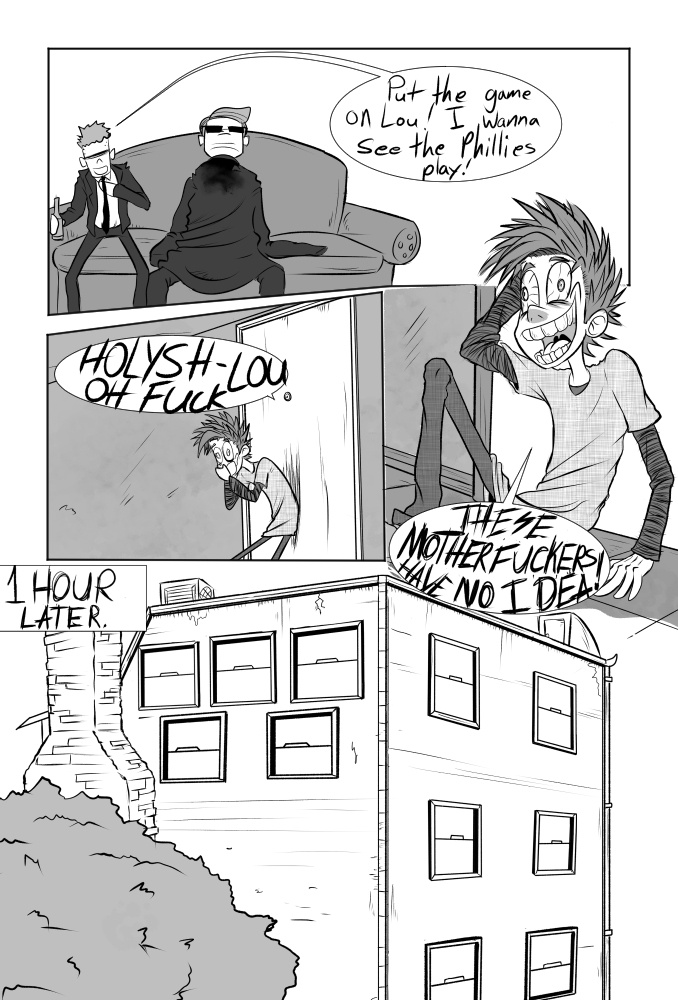 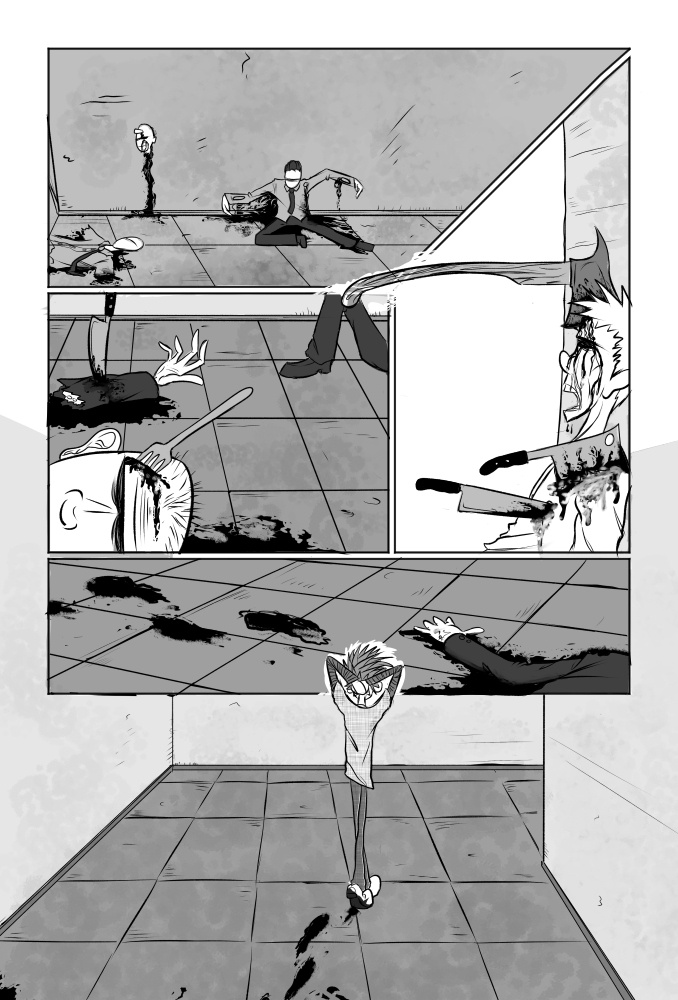 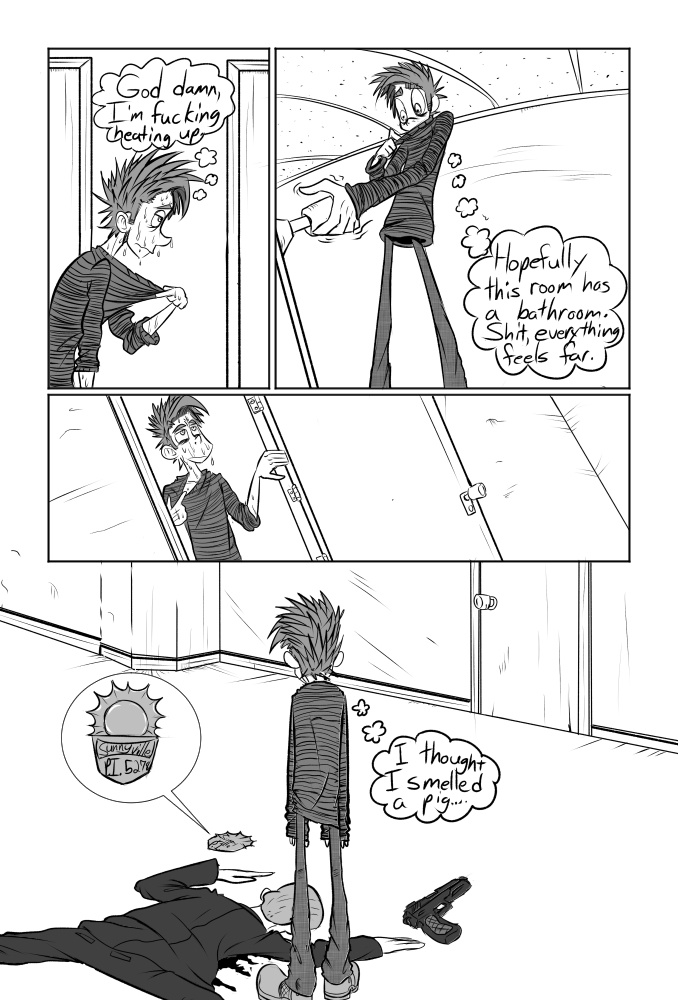 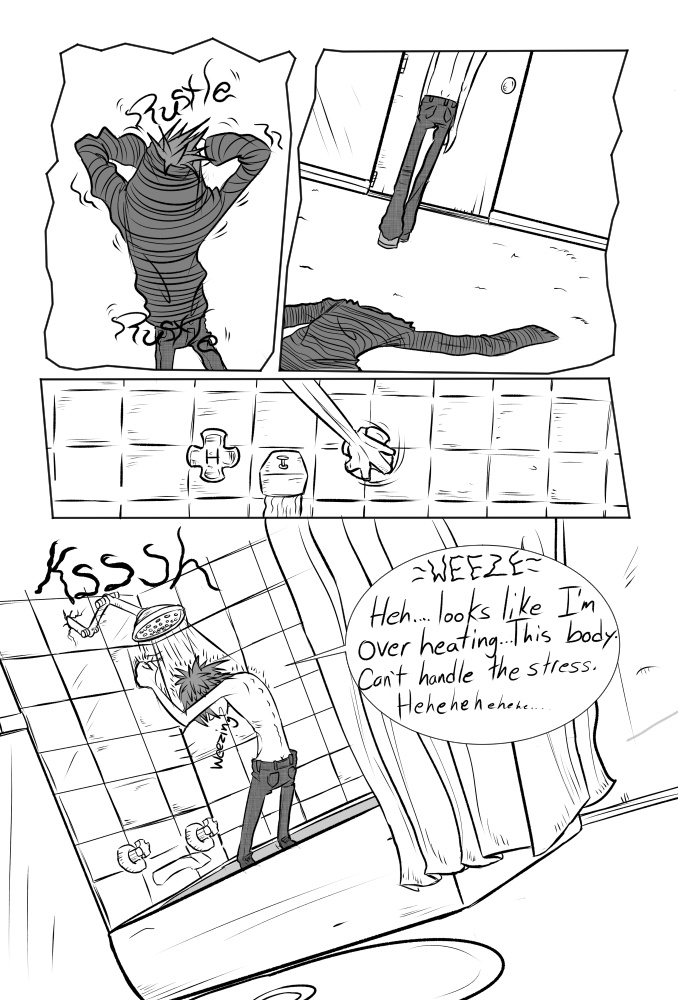 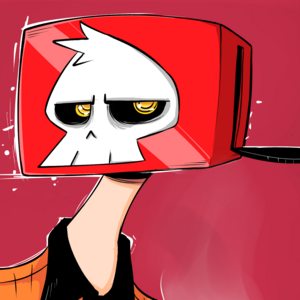 Joe, our spiky haired protagonist is sick of the mafia and decides to kill everyone.
Tumblr: pyrotoaster.tumblr.com/
Twitter: twitter.com/PyroToaster75 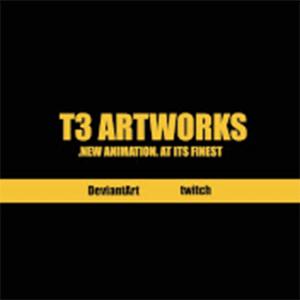 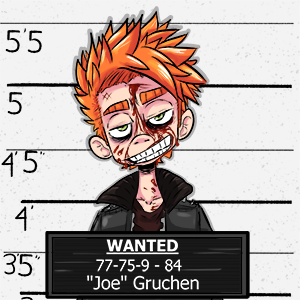 The Aneurysm Effect is a chaotic, dark, fast paced, action-comedy. It all takes place in the most violent city in the world; “Sunnyvile” This place is so dangerous the U.S. took it off all maps and gps systems, warning citizens to never go there. It's a place for crooks, gangs, mafia, drug dealers, prostitutes, unethical scientists, and a lot of citizens fleeing from normal society, hell even a few robots, an ex vet nazi scientist and a teenager with the strength of hercules. But for now let’s focus on our 2 main protagonists; Steve and Jack. Steve is the embodiment of innocence, a blank slate, and easily influenced angsty teenager. Only problem is he lives in Sunnyville, constantly bullied and scared for his life while being exploited to grotesque yet slightly comedic violence. He slowly starts to loose his sanity realizing everyone around him could kill him. Because of this he starts to develop a bloodthirsty, psychotic yet punk rock type split personality disorder. He pretty much expresses what Steve is to timid/sane to do. Luckily our 2nd protagonist Jack has got his back. Jack was given the role of guardian angel to atone for all his past sins when he was brainwashed. He was once the best killer in the world, where the underground crooks would shit themselves hearing his name. Jack is very intelligent and excels at gun play but put all that behind him long ago, now he has to help Steve get back on track as well as investigate demonic occurrences within Sunnyville. Jack needs Steve just as much as Steve needs him, throughout their crazy lives together they uncover the dark hidden secrets of Sunnyville.
Subscribe 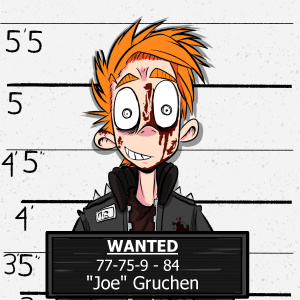