There are infinite ways to start a story and several ways to tell it. With this one, I'm not really sure where to start, so I'll go back to the story's initial genesis.

I'll begin by telling you about a powerful being who was the source of everything.

And he said, "Let there be light", and there was light.

He worked after that for five days. All that we know and can see was fashioned by him using only his words. He made the earth, the oceans, the sky, and everything that lived there. He created the land's vegetation, produced food, and created the animals. He made the sun, moon, and stars, as well as the enormous sea monsters and those who lived on land. He also produced creeping insects that were as small as my fingertips and monsters that were taller than any mountain.

When he was finished, he examined what he had created and saw that it was good.

He created the first man on the sixth day. He made his skin smooth and fair. His eyes were my favorite feature amongst his many other attractive characteristics. They were hazel green, and when exposed to the sun, they appeared to change color. His lips were a faded shade of pink and his jet-black hair was somewhat long, falling over his forehead and past his eyes. He was toned, flawless, fashioned in the likeness of the supreme being who gave life to everything...

The parts of the story that don't seem too familiar start now. Right next to Adam, I too was created. I was the first woman.

He made us, male and female, and gave us authority and control over everything else. The many varieties of land animals, every kind of fish in the sea, and every kind of bird in the sky. He granted us the ability to control every beast or animal and we had every tree bearing fruits of many hues and flavors.

On the seventh day, he left.

Our home, Eden was absolutely lovely. That is the simplest word I can use to describe it. It was a large city where people and creatures of various types coexisted peacefully. It appeared to float freely in a vast area, but there was a giant gate at the far end of the city with a magical barrier extending from its sides to keep everyone within. The families lived in dispersed houses and had simple lives. Eden was a tranquil place. People never had to work because there was an abundance of food and fruit. They were friendly to one another and never entertained any malice toward the creator.

With authority over everything, Adam gave names to every single creature and took control of everything that moved across Eden. I, his wife was just content to be by his side.

Please take note of the word, "was"

"Lilith, will you at least smile?" Adam interrupted me, jolting me out of my reverie. "You look unhappy."

"Well, what if I am?" I answered in a chilly tone.

Without straining his broad smile, he said, "try not to look like it at least. The people are watching and you are the queen"

I tightly pursed my lips.

We were riding in a white carriage with golden patterns on the sides. As soon as we reached the center of the city, the window curtains were opened so that everyone could see us as we passed. The people ran out of their homes with incredible speed, their faces lit up with joy and amazement at the sight of Adam and me.

I forced a wide grin but I was sure it didn't meet my eyes. It didn't matter. The people of Eden barely paid attention to things such as that. The atmosphere was warm and cozy. For a slight second, I wished I was just like them, eyes shining with hope and minds filled with nothing but foolishness.

Exactly when did I start to tire of my husband and my people? Maybe, it was when I saw the crowd nod their heads in agreement when Adam made the ridiculous decision of naming a bird the "Strange Tailed Tyrant" and an armadillo the "Screaming Hairy Armadillo."

Maybe it was every time Adam forbade me from doing, eating, and wearing anything he didn't like at the time.

Or perhaps it was when he first gave the name, "large horn hooves" to an animal and then, without giving me credit, altered it to my suggested name, "elephant."

Or perhaps it was each time he got on top of me, kissed my lips, and pushed himself inside of me, ignoring my cries and pain, even the times I said I was tired and that I didn't want to.

The people threw colorful grass over the carriage, and even the dogs, horses, and birds chattered and made noises in agreement. The crowd started to dance and sing praises to the creator while the kids ran after the carriage, yelling and laughing among themselves.

Before drawing the curtains, I gave the crowd one last wave and blew them a kiss for added impact.

Adam immediately wiped the smile off his face and said, "Come here."

He scowled, as though he couldn't believe I had asked, and replied, "Because I said so."

I inhaled deeply and moved over to where he was seated just across from me. He grabbed my hand and sat me on his lap before giving me a quick kiss on the cheek.

"Have I told you how beautiful you look today?" he asked.

His lips formed an amused grin, "well you do," he remarked as he kissed my neck, "and I'm glad you wore this dress."

His fingertips lightly rubbed my skin as they fiddled with the straps across my shoulder. I looked down at my lap while squeezing the dress in my fist. I hated it. I didn't want to wear it. I had chosen another outfit, but Adam was in control. When he scrunched up his nose at the dress I had chosen, I knew I had to change it to one he would adore.

He grabbed my chin and pulled my face to his, kissing me as deeply as he could. There was a time when that was enough to make my tummy flutter, when Adam's kisses were like honey -sweet and inviting- and his hands grasping my thighs didn't feel so intrusive but rather made me desire for more.

He released me as the carriage came to a stop.

"Maybe we should continue this inside?" he suggested.

I blinked at him, staring into his eyes. They were still just as stunning as the day I first saw them. They were excitedly awaiting a response. Why did he bother asking? I wasn't allowed to say no anyway.

He smiled as I nodded.

We exited the carriage and approached the royal grounds which were closer to the gates of Eden. My eyes darted upward to the sky and then to a big mountain in the distance. It was against the laws of the creator to leave the city but as I peered eagerly past Eden's boundaries, I couldn't help but wonder why. 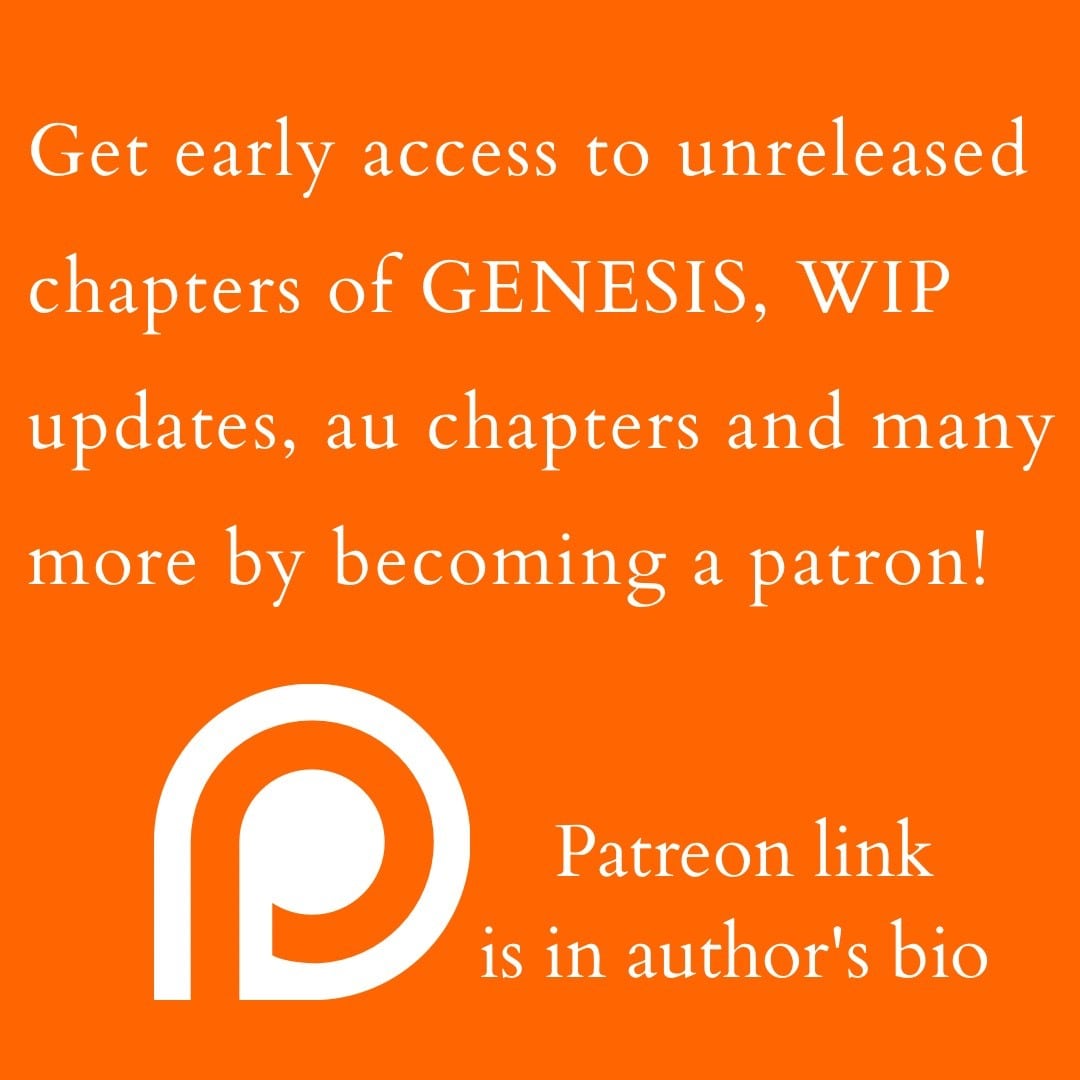 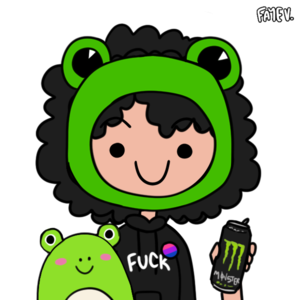 Thank you for reading the first chapter of Genesis! What do you think of Adam and Lilith so far? 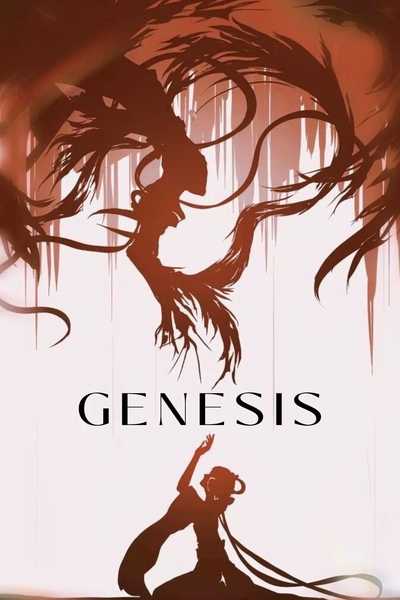 In this retelling of the creation story and the fall of man, Samael, an angel with venom in his soul and Lilith, a woman driven by hatred, fury and revenge fall in love in their quest to set the world ablaze. 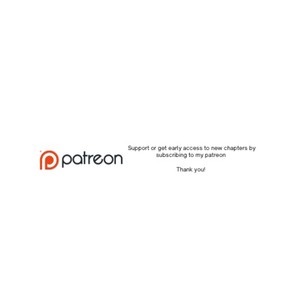