This is not how my death was supposed to happen.

Or presumed death. I’m not sure yet. This is a far cry from the heroic battle against some dragon that I'd been fantasizing about since I was a kid. Not that death by fighting a dragon is something realistic by any stretch of imagination, because in 2017, who would believe that dragons actually exist?

But let’s get back to the very important topic at hand: my presumed death. Firstly, I never really intended to cease living at the tender age of 17. Nope. Still too young. Still too much to do. Still too virginal to die.

At this point of no return, though, I actually start to regret every single thing that I never got the chance to do. Why didn’t I take up rock climbing? Why did I forget to eat that one cupcake on the refrigerator? It was red velvet with cream cheese!

How did I never realize that my twin sister had a boyfriend all these months?

When I look back at those curiously silent nights, I feel stupid. My sister Forrest was the loud twin. Forrest was always be around people, talking or giggling or gossiping, and she didn’t even like people as a whole. She knew I wouldn’t like it if she had boys over at Nana’s house (because she always picks the worst of the lot, not because I’m particularly protective of her), and that’s why she’s been sneaking off into her boyfriend’s house practically three days a week. Even on school nights!

And my grandmother… oh, as nutty as she was, I love her so much. I do, I really love her. She raised both of us boisterous twins on her own when our parents went missing. She cooks us food and scolds us every day because in her mind we were too skinny. (Well, Forrest never eats much, but even after I eat half of her plate on top of my own, I still can’t seem to put on enough weight. It’s weird.)

When our grandmother announced that Forrest was to be wed to Khaol the God of Pain tonight, both of us cackled. Not laughed—cackled. Nana had always been obsessed with the supernatural. She was full to the brim with stories and superstitions and our childhood had been filled with them. Her stories and lore had scared us when we were younger, but now that we’re in high school, they just seem… trite. A little sad, even.

Because, you see, Nana genuinely believes that our lineage is directly connected to one of the royal heritages from the time of the old dynasties. To be more exact, a particular royal family who provides brides for the gods.

“The little birds told me that you’re to be a bride for a god, Forrest,” Nana said to my sister. “And you. You weren’t even supposed to be here. But you somehow came into this world. You, too, will do great things, River,” Nana said to me.

Sometimes, I have a suspicion that Nana loves Forrest more because she’s the One. She’s the bride of a god, not me. Of course, she’s a girl and I’m a boy, and I think most gods would prefer a bride over a groom.

But that’s beside the point. We’re twins, Forrest and I, born exactly three minutes apart, me coming second. Forrest and I have similar face structure and people often comment on how beautiful we are.

She’s an absolute beauty, my sister. She can dress up in rags and that’s already enough to make people turn heads toward her and think she’s wearing some niche designer gown. But she would never wear rags. She knows the full capability of her beauty and uses it to her advantage. She puts on light make-up everyday, curls her hair, and wears nice clothes. She gets along with the cool kids, and by the time we were seniors in high school, she practically had the whole student body wrapped around her little finger.

I’m not as suave as my sister. Not as lucky in the friendship department, either, unless you count paper and ink as friends. Sometimes, people also comment that I’m too pretty to be a boy—my jaw is too delicate, my frame too lanky, my skin too smooth.

But putting my pity party aside,—Forrest definitely doesn’t even bother to humor Nana when it comes to this particular “prophecy.” Forrest is more interested in dating Brad the quarterback than Khaol the God of Pain. (I can see why.) Nana wanted Forrest to clear her schedule this weekend so that she could present her to her future groom. Forrest, of course, just laughed her charming laugh and said yes without any intention of going through it. My sister probably thought that our grandmother would forget about it anyway.

But I know that Nana won’t. She never forgets. Every detail in her stories about the gods and our families—she remembers them all, and she repeated them over and over again thorough my childhood and teenage years, sometimes word for word.

So, when Forrest actually bailed on Nana’s plans and actually went to an all-age club with her friends, I set up the most cliche plan to ever be hatched in the world:

I pretended to be my twin sister.

Turns out, exchanging identities with your twin only counts as cute when you’re younger. Because when I do it now, in front of my Nana, who genuinely believes that a whole ritual is necessary to present me to the God of Pain, I come to realize that there are huge consequences.

Because the moment she trickles the magic water, puts the bridal robes around me, and then mouths the ancient words, my whole body starts to convulse. Still in my sister’s wig, I fall to the ground, silenced, in terrible pain, and, worst of all, I start to lose consciousness.

Seriously. This is not how it’s supposed to happen.  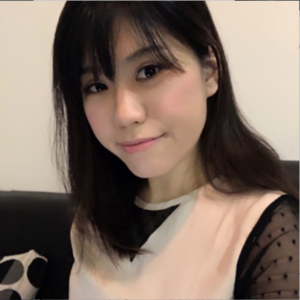 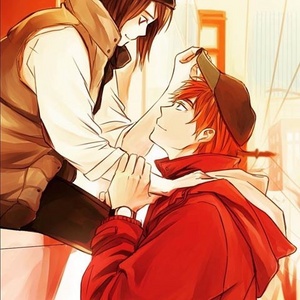 At that time he knew he fucked up!! 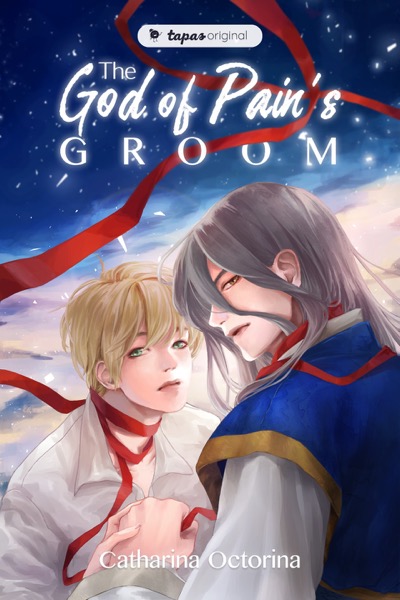 Forrest was always destined for Khaol, the god of pain, that much she knew.

But Forrest isn't your typical heroine. She’s not interested in being the bride of a god. In fact, she’s not in the very least interested in anything concerning the magical realm. Forrest is a modern girl, and snatching the hottest guy in high school is her top priority. So on the eve of her 17th birthday--the day she’s supposed to be presented as the maiden for the mighty god--she doesn't show up and goes to a typical house-party instead.

Forrest’s twin brother River isn't interested in the magical realm either. But he wants to keep Nana, the true believer of the gods and the stories, happy. Nana believes that Forrest is to be married to Khaol so that she can save the world from neverending pain. Nana has prepared 17 years for this moment.

So, when Forrest didn’t show up as the bride, River pretends to be her and presents himself to be the bride for Khaol instead.

River thought that it was merely a good deed, a favor he's doing to make his beloved grandmother happy. What he didn’t know was that the stories are all real, and Khaol really is a mighty ruler in need of a human partner.

And now, River is stuck with the irritable god of pain, who doesn’t expect his lover to be a boy. 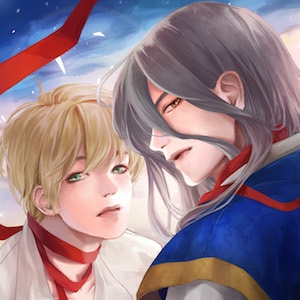