That was something Ju-Heon had heard for close to ten years.

His dongsaeng would always say that and then sigh. [2] Of course, he knew the reason why.

It was because of these damn tombs.

These strange tombs suddenly started to appear in the world 15 years ago, starting in 2025.

They said something about how stories that people remember for a long time have power. These things all turned into tombs and started to appear in the world.

The issue were these damn artifacts that came out of these tombs.

The artifacts brought forth innovation and wealth, allowing anyone to increase their status.

That was how the world changed.

There were people who earned rank by being able to use the abilities of heroes through their artifacts.

It was a world where dragons could rise from creeks.

But it only lasted for a moment.

It only lasted as long as good artifacts remained in the world.

Ju-Heon was a young man who considered that time to be a nightmare more than anybody else. That was how the world had completely changed in just fifteen years.

The downfall of the middle class. The world was divided into two, the 1% and the 99%.

This was the difference between the nobles who had artifacts and the peasants who did not.

The < monopolizers > who monopolized the good artifacts became so wealthy that even the governments could not ignore them and changed the social structure to benefit themselves. The ones who did not have them ended up becoming slaves suffering in poverty.

The only way to get out of poverty was to work for a < monopolizer >.

Ju-Heon was one of these slaves. However, that would all end today.

Ju-Heon coughed up blood while being angry from being betrayed.

Yes, Ju-Heon was dying right now. It was because of his boss, Chairman Kwon.

Ju-Heon who had been Chairman Kwon's right arm for ten years had been cut off like a lizard's tail. All for the stupid reason of getting rid of any potential future disasters.

Chairman Kwon who possessed a Divine-Grade artifact was one of those < monopolizers >. However, he wanted to become the only monopolizer by gathering all artifacts.

That was why he got close to Ju-Heon and Chairman Kwon, who had been envious of Ju-Heon’s talents, had made him an offer.

He told Ju-Heon he would pay him well to work for him. He had also said that he would use his Divine-Grade artifact to cure Ju-Heon and his family members from their illnesses.

Ju-Heon had literally done everything for that reason.

Illegal smuggling, theft, spying. He had been Chairman Kwon's hands and feet to do all sorts of dirty deeds. He even did things that placed his own life in danger. He had no qualms about being Chairman Kwon's shield.

That was the only way to survive in a society where the monopolizers had changed everything for their benefits.

The thing that Ju-Heon did the most was, ‘illegal excavation.’

In other words, tomb raiding.

The reason that was possible was because of Ju-Heon's abilities.

It must have been an anonymous archeologist’s artifact.

The artifact that Ju-Heon found while risking his life had given him advanced archeology skills. Thanks to that, Ju-Heon was able to become the ace of Chairman Kwon’s illegal excavation team.

He had spent many years doing that.

Other people just mocked Ju-Heon for being ‘a trashy slave bastard who is leeching off a wealthy man,’ but Ju-Heon just took it all in and continued to work.

He needed the money. Chairman Kwon was the only person who had the artifact that could heal his family and himself. That had been the reason Ju-Heon trusted Chairman Kwon and had done everything he could.

But for this to be the result…

‘You son of a bitch! You became scared of us after we helped you rise to the top!”

There were large snakes squirming around aiming for Ju-Heon's body.

His precious subordinates had become food for these snakes long ago.

He had no way of knowing whose tomb this was. Chairman Kwon had found this unconfirmed highest-grade tomb. However, what he knew for sure was that this would become his grave as well.

Ju-Heon started to laugh like a madman after figuring that out.

“You damn bastards, see if I trust any bastard with artifacts from now on!”

Although he was saying that, he was extremely angry and hurting from betrayal and grudges.

“I'm going to become an evil spirit and haunt those bastards for the rest of their lives!”

Ju-Heon heard an unexpected voice as his shrieks filled the labyrinth.

Ju-Heon scoffed at this sudden voice he heard.

“Sorry but I don’t plan on dying quietly.”

The voice sounded intrigued. Ju-Heon could not even laugh.

“It's not the first day I could hear a damn artifact's voice.”

“Interesting my ass. I don't know which god's item you are, but let me out of here while I'm asking you nicely.”

[You really think you can survive with your body in that condition?]

Ju-Heon coughed up some blood at that moment. His face was completely pale. It was an obvious reaction. There was nothing under his torso right now.

All he could see was his blood dripping down. It was shocking enough that he had not fainted from shock already.

That voice started to mock Ju-Heon as he was slowly fading away.

[Thief who was greedy for the treasures of gods and entered without fear. This is the end for a fool like you.]

Ju-Heon knew that he was dying but the smile had not left his face.

[You show rare talent but it looks like you were not able to use them to their full potential and only suffered because you were placed in a terrible time.]

Ju-Heon got emotional after that and started to sneer.

“You stupid item bastard…you think I wanted to…”

He was trying to say that he did not want to live like this. However, he could not finish his sentence.

It was because he became angry thinking about Chairman Kwon and the societal changes that forced him to live like this.

“Fuck……damn Chairman Kwon. He was just lucky that he found a Divine-Grade artifact early on.”

That item laughed again after hearing that. He sounded like a leery old man.

[It truly would be a waste for you to die like this.]

Ju-Heon screamed at that moment. It was because a light suddenly flashed and everything had turned white.

Ju-Heon then saw something appear from the wall.

It was something that even Ju-Heon who had seen numerous artifacts had never seen before.

Furthermore, it was something that would make anybody in the world extremely happy.

No, it was neither.

Then what could it be?

Ju-Heon saw the image of a crow in the flashing light at that moment.

[I will give you a chance. Try to take a Monarch position for real.]

That was the last thing Ju-Heon heard before he fainted.

‘A Monarch position my ass.”

Ju-Heon mumbled to himself as he moved his legs. He knew that his legs were not there, but it was a reflexive response.

They moved. He could even feel his legs that should not be there. A shocked Ju-Heon jumped up from his seat. However, he could not help but be even more shocked after jumping up.

There was a scary looking mister in front of him.

“Have you snapped out of it?”

Ju-Heon simply blinked a few times and looked around instead of responding.

He seemed to be in a police station.

The other people who were being questioned in the station peeked at Ju-Heon before lowering their heads again.

Ju-Heon stood there in confusion for a moment.

The officer in front of him started to bang on the table in anger.

“Hey, I’ve been asking for your identity since earlier. Don’t you have an ID? You haven't said a thing since you got here. Are you trying to plead the fifth? Do you think we have time for that?”

‘No, forget pleading the fifth or whatever.

I need to know what the hell is going on in order to respond.’

He was in a tomb about to be fodder for snakes but how did he suddenly appear in a police station?

‘Is that damn crow playing a trick on me?’

Ju-Heon started to frown and sat back down. He started to think about that final labyrinth where he had been dying.

‘What is he trying to do, give me a punishment for breaking into his tomb?’

The officer across from him started to grumble.

“Aigoo, we’re annoyed that we have to do this on the first day of 2025 as well, okay? Can you give us your statement so we can all go home?”

Ju-Heon could not help but question his ears after hearing that. It felt as if he heard something impossible.

He quickly looked around the room.

That was exactly what he saw.

The calendar on the wall was on a date from a long time ago.

This was exactly 15 years ago when he was 23 years old. This was before tombs even started to appear!

Ju-Heon got the chills after figuring that out. He had not heard incorrectly. And if this was the actual date!

‘Wow, that means all of the Divine-Grade artifacts are still in their tombs!’

‘I can get all the artifacts if that is the case.’

He had the knowledge and experience in his mind to do that. Furthermore, he was not even sick at this point in his life. There was nothing tying him to Chairman Kwon either. It meant that he could have a new start.

However, that hope was soon destroyed.

It was because of the absence of his abilities.

It didn’t matter if all of the artifacts were still at home.

The tomb where he got the archeologist's artifact would not appear for another five years. He was just a regular person right now.

‘Even though I know a lot about artifacts, without that tomb raiding ability………’

Ju-Heon sat down with an annoyed expression on his face after realizing that fact.

‘Damn it, I got excited for nothing.’

It really must be that damn crow playing a trick on Ju-Heon.

He was a thief who knows where the treasures are but don't have a way to get them. It’s totally a way to mock him.

‘Does he want me to repeat my sorry life again?’

However, Ju-Heon’s eyes opened wide as he clicked his tongue.

It was because he saw his reflection through the glass on the desk. He was focused on the unfamiliar text by his face.

Ju-Heon’s eyes sparkled after confirming that. 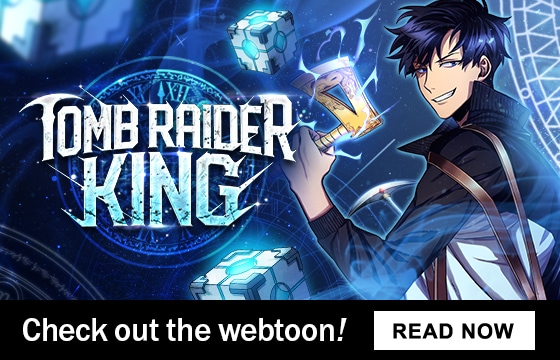 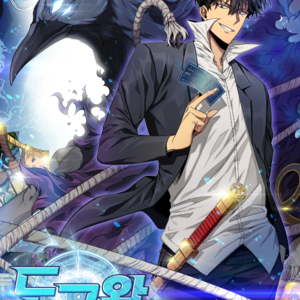 1. A way for a younger male to address an older male in Korean, literal meaning is older brother.

2. A way for an older male or female to address their younger sibling. 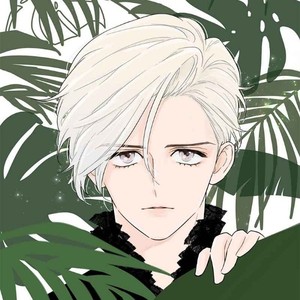 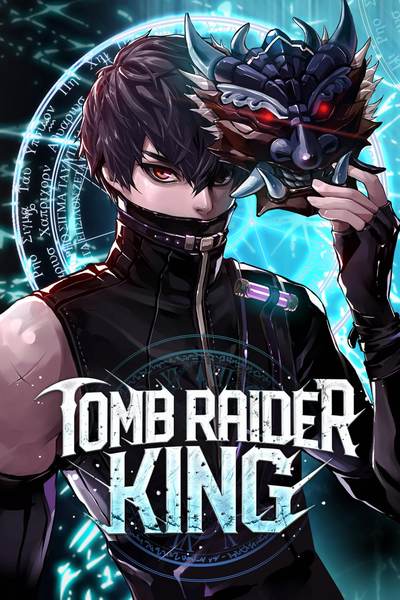 Mysterious tombs appeared all over the world one day, each containing a relic which grants its owner supernatural abilities. Jooheon Suh is a tomb explorer, excavator, and raider. Betrayed by his employer, he's about to die at the hands of a powerful new relic when he suddenly finds himself 15 years in the past, before any relics or tombs made their debut. Driven by feelings of revenge, how will Jooheon use his knowledge of the future to become the Tomb Raider King?
Subscribe 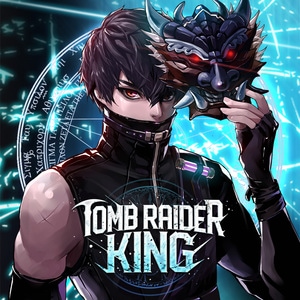