Meifen rubbed her arms slowly as the chill settled around her. Her bones rattled as a gust of frosty air kissed her skin. She shivered. The temperature had dropped drastically come evening, but she hadn’t expected it to be this cold. She gritted her teeth together and hastened her steps.

Men were lazing around in the streets, their awkward gait distinguishing them as drunkards. She sidestepped a drunk that almost ran into her, his arms raised to embrace her. He stumbled forward and smashed onto the ground. She barely looked back at him as she continued down the street. He called out to her, but she ignored him, just as she ignored the others shouting and hooting in the streets. Since she was in the red-light district, this was normal.

She had seduced and tricked yet another man. Her purse was heavy with coins and she inwardly smiled. Lord Hongqi hated whenever one of his girls did more than they were supposed to—stealing was one of them. Though, Meifen couldn’t help herself. It wasn’t as if she didn’t do a splendid job already. What was the harm in swiping a few coins from the stupid man? She covered her mouth to hide her smile. She half-wished she could see the look on his face when he awoke half-naked, tricked, and broke.

The closer she drew to Spirit Lotus brothel, the more her smile slipped away and was replaced with a scowl. A young girl around fourteen was crouched outside the brothel, her sharp eyes on the streets. She wasn’t pretty, but that was partially due to her own making. Her hair was cropped short to her ears, she was dressed in rags, and there was a thick film of dirt caking her skin. She chewed on her nails as her gaze flitted to the men and women walking the streets.

“You!” Meifen huffed. “What are you doing here? You’re such a persistent little rat!”

The girl glared at her. “Ah, you old hag. Fancy meetin’ you here.”

Meifen crossed her arms over her chest and she looked down at the girl with lowered eyes, her expression twisted in disgust. “Leave, before you dirty up this place with your stench. There’s no need for thieves like you to stick around our brothels.”

The girl, Lin, rolled her eyes. Her own expression was wrought with disgust. “I don’t need to hear that from a whore.”

Meifen scoffed. “How dare you, you little rat.”

“Job?” Meifen glanced at the streets before shifting her attention back at the girl. Lin was a little girl that made her living thieving in the streets. She had been caught a few times but she escaped on multiple occasions. One of these days, however, her luck would slip away, and she’d find herself in the gallows. Meifen sighed. “You’re out looking for a drunkard to steal from? How pathetic.”

Lin’s expression hardened. “Says the whore. While I steal from the drunk, you ride their cocks.”

The young girl ignored her. “I’ll do as I please.”

“Look,” Meifen said, no longer in the mood to argue with her once more. “If you keep stalking the streets like you do, you’ll get caught eventually and then you’ll be killed or prostituted. Go find a boy and marry him; it’ll be for the best. That way, you’ll at least end up in a home rather than the streets.”

“I don’t want to hear that from you—”

“Oh, yeah, yeah,” she said with a bitter snort. “Because I’m a whore? Well, simply because of the position I’m in, you should heed my advice. You don’t want to end up like me. I was younger than you were when I was brought to the brothels to work.” She waved her hands. “Now shoo!”

Lin didn’t budge. Her dark eyes were instead set on a particular man that was staggering the streets. He was dressed in finery. Occasionally, rich folks stumbled upon this red-light district and didn’t try to conceal their status. This was one of those moments. Lin seemed to latch onto him in an instant. Meifen’s expression stilled. “Don’t do it,” she said coolly. “He’s a guard.”

The younger girl hesitated. “What makes you say that?”

“Look at his hip. There’s a bulge there; probably a concealed dagger. He also didn’t hide it well, but you can see his boots are rugged like a soldier’s and beneath those robes, you can see the hint of the imperial colors.” She glanced down at the little girl. She didn’t really care what the girl chose to do with her life, but it didn’t sit well with her to find her gutted corpse on a street corner. If Lin kept it up, she would one day steal from the wrong person. “Do as you like,” she said with a shrug. She reached into the folds of her robe and plucked out a few coins from the purse she had taken. She dropped them in front of the unsuspecting child, who was too transfixed on the man to notice until they clattered in front of her in an array of bronze and silver. “Buy a meal and leave this place,” she said as she pulled the door of the brothel open.

Lin snatched the coins and heatedly said, “I don’t want your dirty—”

“Then pass it along to another orphan,” Meifen called out as she entered the building. She closed the door behind her and breathed out heavily behind the warm walls of the brothel. A few prostitutes were in the room, gesturing towards guests and speaking to them about the services. Spring Lotus was a brothel, but its true purpose was a small assassination guild that specialized in seduction assassinations. She wasn’t actually a prostitute—she was actually a seductress and assassin—however, no one knew that.

She breezed past them and offered a few smiles. She slipped through the various corridors and up a few flight of stairs before she reached the room of the owner of Spring Lotus, Lord Hongqi.

She paused and knocked on the door. There was silence for a moment before a gruff, “Come in,” was ushered.

She pushed the door open and slipped inside. The room was expansive and covered in finery. Lord Hongqi had a habit of collecting swords and embroidery from different kingdoms, so his walls were lined with both. Swords and daggers and blades of every size were hooked to the walls. Rugs of every color were thrown on the ground and there was even a statue of a tiger in the corner of the room. Lord Hongqi was sitting behind his desk, his hands folded on top of each other and his dark scowl in place. He was a handsome young man barely over thirty. He had dark hair, dark eyes, and the lightly tanned skin of a man who had spent several hours in the sun. A thick scar ran up his jaw and across his lip, a reminder of his time as a soldier in the Huo Army.

Meifen smiled unabashedly at him, but her smile faltered when she saw another man in the room as well, seated across from Lord Hongqi. He was in his mid-forties and had graying hair, his eyes dark and his expression mirthless. Creases along his mouth and eyes indicated that he smiled often, but the withering look he shot her told her he wasn’t all smiles. She hesitated. Who was this man? A client?

“Lord Hongqi, I’ve returned,” she said in a flowery voice. She crossed the room in sweeps and reached inside her cloak, pulling out a thick bundle of papers. She dropped them on his desk. “I did as you told.”

He barely glanced at the documents. “Thank you, Meifen. We were actually just talking about you.”

Meifen nodded slowly. Another mission? She internally sighed. This was her job, she knew it, but sometimes it was tiresome when Lord Hongqi ordered her on back-to-back missions. She wanted to spend the money she had stol—earned. She put on airs of happiness instead. She pouted. “Lord Hongqi, I’ve just finished a mission—”

“Meifen, have a seat,” he said smoothly, motioning to the seat beside the man. He stared at her levelly, his tone cool. She sighed and plopped down across from him. The man next to her stiffened. “Meifen, this man right here is Manchu.”

She glanced over at Manchu. He stared down at her with a look of revulsion, probably disgusted by her trade, before sniffing and turning away. He had a sword strapped to his waist and she spotted the emblem of Huo—a dragon—plastered on the clothing beneath his robes. Judging by his clothing and the superiority he was exuding, she concluded that he was a soldier. How high ranking was he, though? A General? No, a General wouldn’t stumble upon this place by himself. A subordinate of a General? Possibly.

A thin smile stretched across her lips. “Manchu, nice to meet you.”

He refused to acknowledge her and instead, shifted in his seat. “She is suitable enough,” he said.

Suitable enough? He missed the daggered glare she shot at him. Her expression was lighthearted when she turned to Lord Hongqi. She twirled a strand of her inky, silk-like hair between her fingers. “Lord Hongqi, can you explain in detail what it is that I’m supposed to do? And,” her dark eyes flitted over to Manchu, “who Lord Manchu is exactly? He is a soldier, clearly. So, what is it that I must do? Is there an official I need to kill?”

The man stiffened beside her while Lord Hongqi smiled. He hid it behind his folded hands as he brought them up to conceal his face. “Lieutenant General Manchu serves under General Hung. They need your services in order to retrieve someone from a particular prison.”

“A prison?” she said slowly. Her smile fell. Since this was a General he was talking about, she doubted it was someone from a Huo prison they wanted to release. No, this had to be someone from a Ki prison. Her lips pressed together firmly. “I don’t suppose I have to go to Ki in order to retrieve this person.”

“Quite perceptive.” He nodded, much to her horror. “The man is in a prison in Ki.” 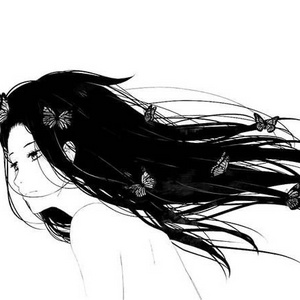 when you're waiting on Zhulong and come here but then also get obsessed. like. my money man 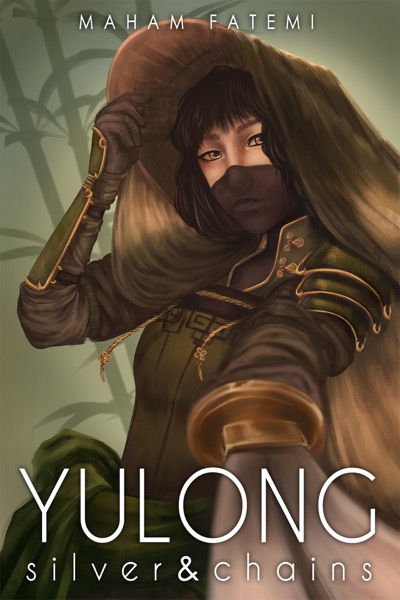 Meifen is a seductress—an assassin with flexibility. She finds purpose in being a shadow for her empire, especially during the times of war that have befallen. Her next mission should be easy: rescue Xia Zengguang, a young man whose intelligence is so immeasurable that his General is pinning all his hopes on him. He’s thought to be the key to winning the war. Having fallen into the enemy’s hands, he’s endured years of torture and has had his mind broken.

When Meifen encounters him, he’s a whisper of his former self. A broken genius, she finds no hope within him. Screaming, crying, kicking—he hardly looks like he’s destined for greatness.

Love and pain is the treacherous path Meifen must walk in order to see him rise as the Yulong.
Subscribe 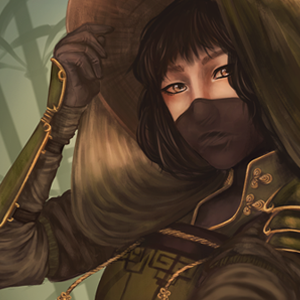