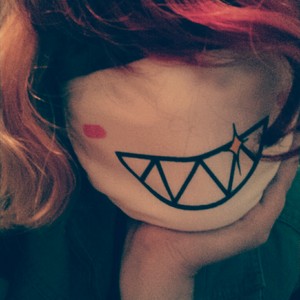 My name is Vivi, and I'm a comic artist of sorts. I'm trying my best ^,o,^ Hopefully it shows.

Happy whatever the fuck. Iunno. Candy capitalism day? Ship art for you tho.
Reply  to conversation

Late monday update. So I wound up hurting my wrist playing guilty gear. That was dumb of me. Fuck.That's all.
Reply  to conversation

Monday update time!!!!!!! RAWRRRRRRR Alright. so the art for chapter 2 has started. I've also written out I think up to chapter 4 so far. I need to write more and I have vague ideas for more. but yea. :P That's really all I guess. I doodled 14 y/o Ekko today, there's a few flashbacks to when Ekko and Raven Met coming up. No spoilers other than that for you tho. Anyhow. I hope your week goes well. Be safe!
Reply  to conversation

Monday update to all 8 of you. i mean most of ya'll are my friends and family. And I appreciate that. SoPart 2. I have the script done. There's a character I need to design before I begin to show her and I have like no image for this character other than that she exists. I mean she's not going to be important in the long run. But she'll be in a few chapters and that means she has to look fuckin' good! Fuck there are like three other characters who need designing.

On top of that I think Raven's design has changed a bit. Idk if it's noticeable in a lot of this. I started just sort of really breaking her hair into shapes rather than thinking of it as "Messy" This makes profiles kinda odd, since I've been keeping the shapes more or less the same. Which I know is super unrealistic, but honestly I think it looks better SO I'M GONNA KEEP DOING IT. Alright, well that's all I really have to say.
Reply  to conversation

Late monday update. Next update is early ready. Just have to get it scanned and the text added.
Reply  to conversation

I missed this monday. Well fuck. Um um. Have a design for a character. I think Alex has been vaguely mentioned? 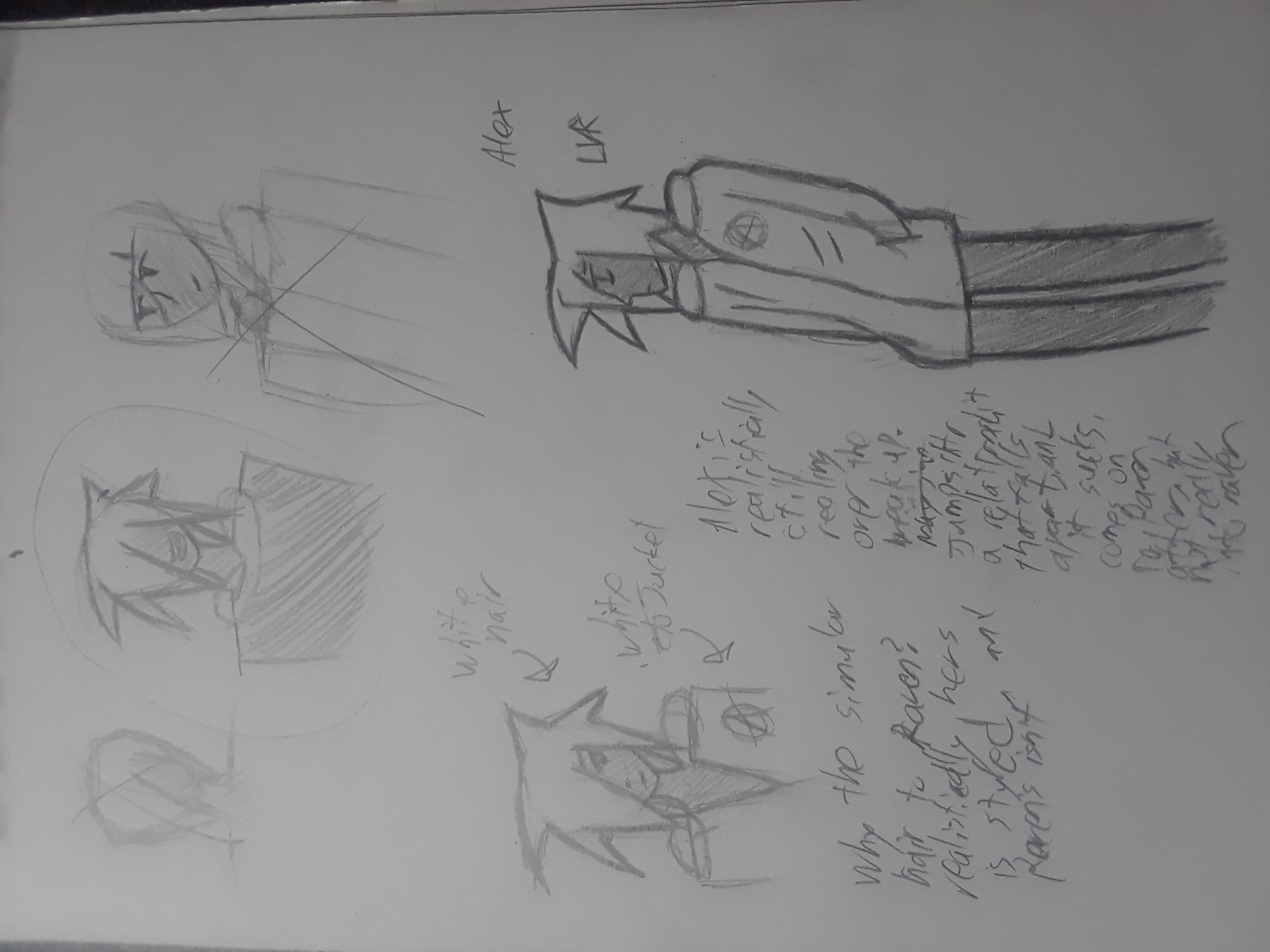 ok so another monday another update! Well Blessed Yule! And really I just hope you enjoyed whatever holiday you celebrate. I have a lot of family that does christmas. And yea. Geez I wanted the next update done by now, but then the past like five days punched me in the face. mind I had fun, just I don't have a lot of emotional energy when dealing with people, you know? And basically I've been having to be social since friday. I've done a few doodles tho. I find myself drawing Raven more and more. And monster girls. Heart distance doesn't have monster girls. I mean it might? But it wouldn't be the focus. Anyways. Thankyou for supporting my art and stuff.. <3 Hopefully I'll get that new update out soon for you.
Reply  to conversation 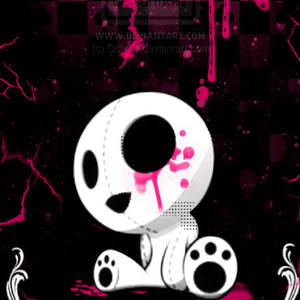 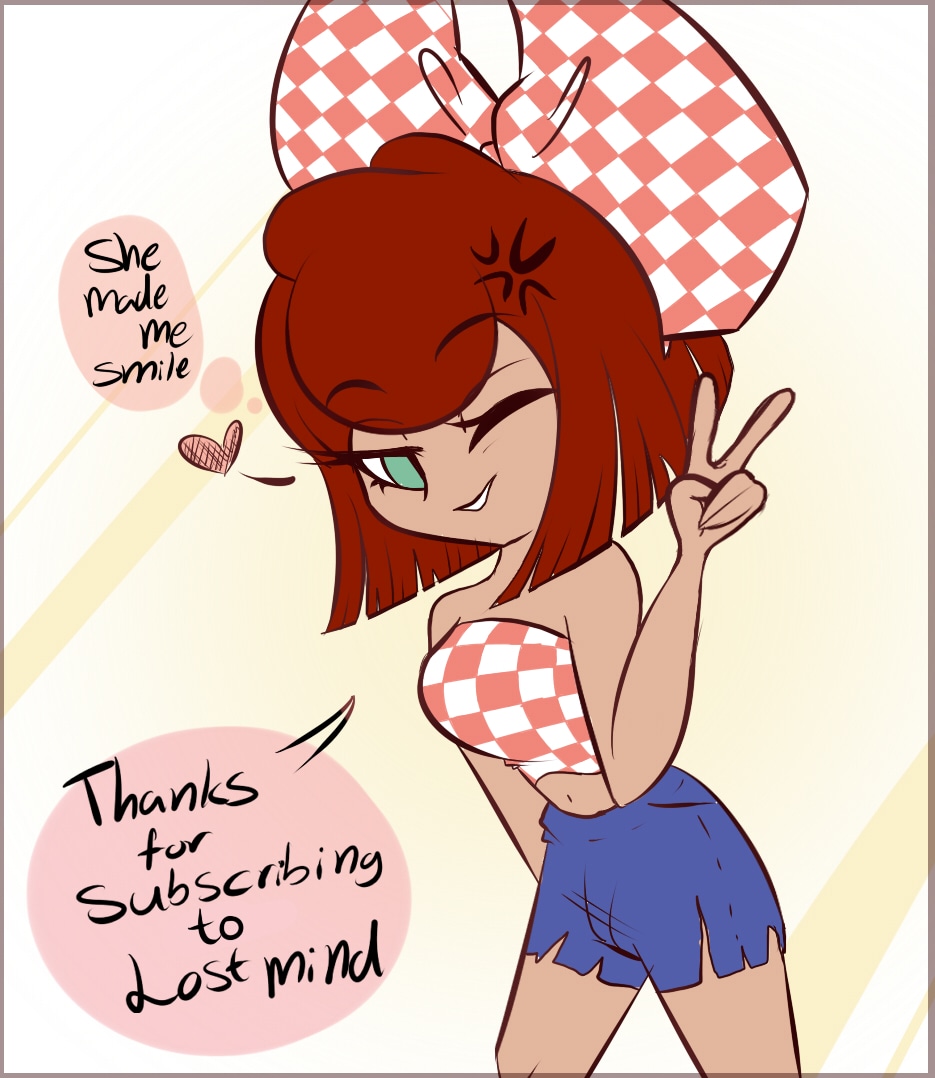 Alright. So Weekly update number 2, GO! . . . well all of you know me. So idk if I really need to make an update. But you know. Habits are good and all that shit. So pages 11-20 are coming along. Don't worry about that. Almost half done with getting ink on the pages. so that's a thing, yea?

Did you know there's a mistake in the header? Well probably not. One of the characters there is supposed to be Japanese. I mean I imagine her pale, like a lot of my family is. But she shouldn't have the exact same skin tone as the other two there. I didn't have any skin tones when I did that drawing. And when she appeared in the comic her skin wasn't shaded in. tho that's more because if I do that she'll be read more black than Japanese? I mean that's kinda the problem of working in three colors for the comic. So then really everyone reads white or black. Well when your faces are as simple as mine. That's a problem I need to fix in my art.

That and backgrounds. I read a webcomic recently that had these fucking super detailed backgrounds, and it was so fucking cool. It's one I've subscribed to here. And like. It really cemented that in my head that I have no idea how to do super detailed backgrounds. I had a comic that tried once, but then everything looked dumb AF. My current thought is to take pictures of shit while I'm out, and use references. But then won't people get mad that their pictures are being taken? hmm. I don't really know.