I stopped updating the comic because I was busy with school, but looking at it now, it was a really good decision. I didn't have a script at that time, AW was just a messy idea in my head back then. If I had continued the comic, it would be a HUGE mess with a bunch of plot holes by now.

After I stopped drawing the comic back then in 2014, I continued to work in the story and characters. That first attempt in 2014 was really important because it made me realize so many things. So even if it was a failure, I don't regret trying to do it.

I've been working on a script for the past year. While i've never been good at writing, I think I've improved since 2014, because reading the old comic makes me cringe a little (especially Shukumei's dialogues ;_; ).

So the story is much more clear now, and i'm glad to say that now I will be able to start working on it in an organized way. I will start my second run of the comic in DECEMBER. And this time I'm certain i'm not going to abandon it. So I hope you look forward to it!

I will leave the old version up until I start uploading the new pages in December. My art has evolved a lot in the past 3 years too, so i'm much more confident about drawing the comic now.

PS.: You can support AW on PATREON too! https://www.patreon.com/teru
Reply  to conversation

Hello! It's Teru here after like, 2 years. I apologize for leaving this page unattended. I've been extremely busy with school and dealing with depression (ya, for 2 years..) but this year I'm graduating! (It's funny because my sidebar description used to say "I just entered high school"). Time flies super fast!

Again, I'm really sorry for never updating again. Like a lot. High school was much more overwhelming than I expected...
Reply  to conversation Hey there, you may not active right now, but I just drop by here and say I absolutely love your comic as it attracted me~ Your characters are illustrated interestingly. Especially those 2 sisters. I hope to see updates from you anytime. Have a great year. Cheers.
Reply  to conversation

Also the AW updates are always earlier on the official novel page, I usually upload them on tapastic at night!
Reply  to conversation

Hi guys!! Concerning my last post and the lack of the other two pages, please read this http://artificialworldproject.tumblr.com/post/85183277437
Reply  to conversation

Sorry guys, no update today due to school, but to compensate it I will post three pages on Thursday! See you then!
Reply  to conversation

I don't know if I should add pages separately or wait until I finish all of them and then upload them all on an "episode". What do you guys think? I just don't think adding "Page 2, 3, 4, etc" looks good;; 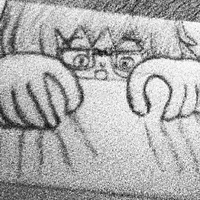 A Full episode sounds great! But separately don't look bad at all :v
Reply  to conversation

Artificial World updates on Tuesdays and Thursdays, but since it's beginning I'm going to try updating as much as I can!
Reply  to conversation