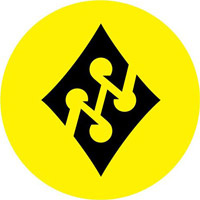 Miracles are happening perhaps out of your consciousness.
It could be frequent or not; depends on you.
But above everything, we are trying to convey warmth, instead of telling you what is good or bad.

For those who can feel, here you are.
Where miracles, miracles, and magics are cheerfully sparkling.
And thus, whisper we to you the story.
And that, show we to you the way.

We are Fairyframe,
"miracles are for those who believe".

'Send to me a good news, O Rain,
to open up the cloudy locked heart,
to unveil mistery of unevitable change,
One... two... three...
'Where is the fourth?'Penyihir Kata stopped her hum and sighed.

'This is supposed to be the time... Maybe we need to ask the courier for a help?' Warna who was playing a bubble of blue suggested.

It was only three seconds when suddenly a guy whose half of his face covered by his cap suddenly dropped by.
'Good evening, Ladies,' speaked the guy with his low-pitched voice.
'Qasedak! You come!' cried Kata.
'This is serious! The fourth book isn't here yet!'
'Yes?'
'And we will not have the story until it comes!'
'Aha?'
'So will you...'
'In no time,' the so-called Qasedak smiled,
'I will bring it for you. In the right time as it should be,' replied Qasedak while took a note of something.

After putting back the note to his pocket, Qasedak nodded to the two witches. He turned his back and walked toward somewhere he supposed to go to.

Penyihir Kata and Penyihir Warna began to read word by word the sentences popped out in the first book. 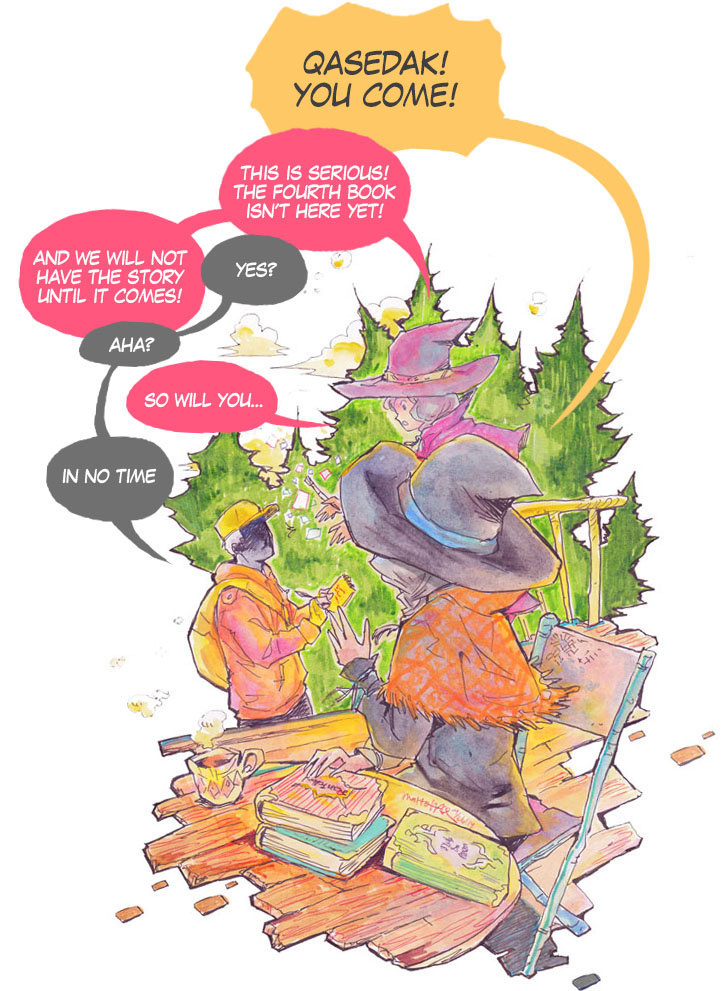 That was a quiet warm night when the two witches gathered in their small living room -which was functioned also as dining room, working space, library, and bed room sometimes.
No sound but a small cracking from the chimney.
'No way...' Penyihir Kata broke the silence.
'I didn't expect that it's just this fast!' The witch flew from her chair.
'The second story?! Tell me!' Cried Penyihir Warna.
'No no no. I will not tell you. You will read it,' Penyihir Kata smirked.
The browny-muffler-wearing witch closed her eyes and took a deep breath. She then kissed a book in her grab; hold her lips there for some seconds.
Penyihir Kata gave the book to Warna,
'Your turn, Girl,'
'A story about a wanderer who has some wonders in a world where winder is the only thing they believe. Yet everything exist wondrously,
'This is just... Everything I love! Definitely my favourite!'
'Aha!'
'And for that, I'll let you choose the colour of your hair tomorrow,'
'Pretty nice!' 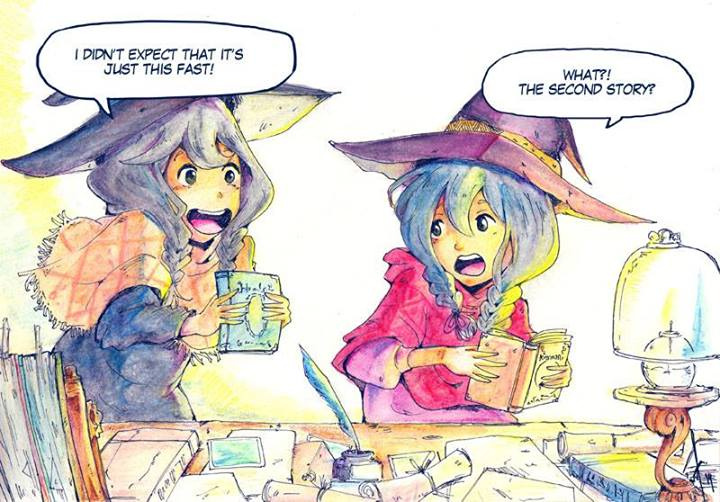