“A crow perched on a withered branch —

The dusk of autumn.”

I won’t lie, I was nervous before my first meeting with Nicolas. After all, I had no idea what I was getting into. It took me all I had not to turn around and call saying I had changed my mind. This job offer was much too strange and I wasn’t desperate enough yet.

Sorry, have I lost you? I didn’t want to bore you with the background, but I guess I should backtrack a bit before it gets too confusing.

I’m afraid there’s not much to say about me, apart from the fact that I used to be a med student. I struggled in medical school for almost two years before deciding to drop out. Becoming a doctor had been my dream ever since I was a kid, so after quitting, I ended up drifting for a few months without knowing what to do with my life. The feeling of being a total failure still haunted me most days.

But as cliche as it might sound, my desire to help people had never completely died down. I guess that’s why I applied to become a companion for someone suffering from mental illness. The man with whom I was going to be paired—the “Nicolas” I mentioned previously—was a graduate student in biology. I would have to commit to spending all weekdays with him for at least six months while he worked on his thesis. Needless to say, if this turned out to be a shitty match, it had the potential to become a really long six months.

I buzzed at the main entrance of his apartment building, my heart thumping in my chest. Soon, the door buzzed back, letting me in. By the time I reached the top of the fourth flight of stairs, my heart was beating so hard, I thought someone must have heard it, especially after my client’s door opened before I even got around to knocking. I was left with a bewildered expression on my face and my fist stuck in mid-knock.

A short, somewhat stout woman greeted me. “Hi there, Ethan. Come in.”

I recognized her. She was Eileen, the social worker. We’d met before at the agency that referred me for the position. I followed her into the living room, nervous voices still chattering in my mind, and found Nicolas sitting on the couch.

His tall, skinny form was wrapped in clothes that were at least a size too big and made him look younger than his age. A window to his right cast a soft light on his stern face. He glanced at me and said, “Is that him? They found me some high school kid?”

Before I had time to feel offended, Eileen introduced us. “Ethan, this is Nicolas. Nicolas, Ethan agreed to meet with you because he’s interested in helping you out. Have a seat.”

I sat on a chair opposite Nicolas, even though there was more than enough space left on the couch. “Why don’t you explain the situation?” Eileen proposed as she took her place beside him.

He snorted and looked away. “I used to be a grad student in biology. I’ve been on sick leave for the past year and I want to return to finish my project. However, because of my… condition, it can be difficult for me to keep track of my obligations and interact with people, so I need someone to help with that.”

I had been briefed about Nicolas’s “condition.” They didn’t give me any firm diagnosis, they just mentioned possible schizoaffective disorder, psychotic episodes, social anxiety, depression, maybe PTSD… Those words had scared me at first. I had been assured that he wasn’t violent, which did little to alleviate my apprehensions. It’s never really reassuring when you have to specify these things. Strangely, watching him sit there and act like a brat dissipated my discomfort.

“The situation is unusual,” Eileen continued. “As we’ve discussed before, his supervisor agreed to allow someone in the lab to accompany Nicolas throughout the day. Your job would consist of keeping track of his obligations, making sure he’s not under too much pressure or getting in trouble…”

Nicolas cleared his throat and shot Eileen a dark look. It’s not easy for a grown man to accept that he needs to be supervised like a five-year-old.

“Well, you get the gist,” Eileen continued, unfazed. “We do not expect you to act as his therapist. If you are unsure about anything, the people at the agency, his psychiatrist, and I will be there to help you. Do you have any questions?”

I stared in front of me for a few seconds, making a sound like a hairdryer that was slowly dying. My eyes caught Nicolas’s, and I promptly looked back at Eileen. “Not that I can think of.”

“I’ll leave you a few minutes so you can chat a little. Do you want any coffee? Tea?”

I almost made a movement to hold her back as she walked out of the living room. To my dismay, I understood by the sound of the front door opening and closing that Eileen meant she would be getting coffee from the shop on the street corner.

Nicolas and I remained awkwardly silent. What a glorious start. 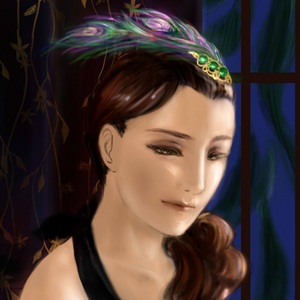 We all have our wounds that we manage to cover up in order to function. Past failures, broken friendships, unfulfilled dreams. With Let the Dark Crow Sleep, I wanted to explore what happens when it is no longer possible to ignore those wounds and we are faced with the choice to either crash and burn, or rise once more against the odds. Beyond that, I also wanted to write a story that would move you and entertain you. All characters are fictitious, but I hope they become as real in your heart as they are in mine.

Thanks a lot for reading LDCS. I’d like to extend my special thanks to those who’ve been reading since I started updating in the community section. All the support you’ve given me really encouraged me to give this story my best shot. 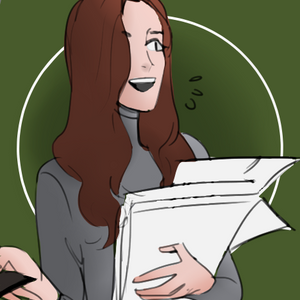 I've never read this before, but I'm glad that it's not in the community tab anymore because I could find it! I love stories that have to do with psychology! Also... the BL theme makes me like it even more lmao. Good luck! Can't wait to read the finished story. 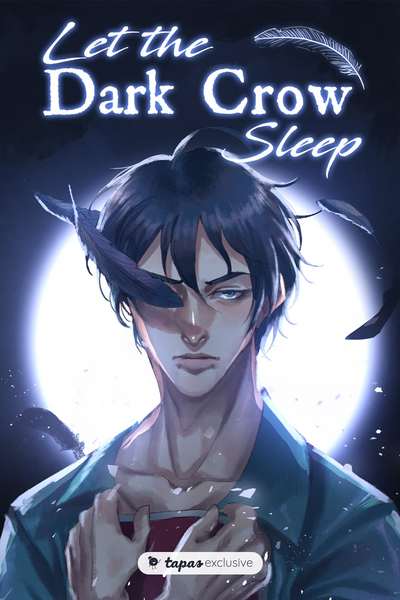 Broken people will flock together for company. After dropping out of med school, Ethan becomes a companion for Nicolas, a biology student suffering from schizoaffective disorder. Quickly, he gets sucked in Nicolas’s dark past and his scheme for revenge. As their relationship evolves, the line between reality and lies becomes thinner and thinner. Will Ethan’s love for Nicolas heal him or break him?
Subscribe 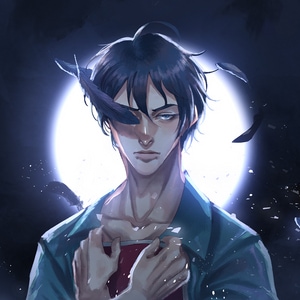