Surprised, Will's blue eyes turned to the one who addressed him on his left, eyes wide. He blinked a few times, then smiled. “Hello, sir! Would you like an hors d'oeurve?” The young man smiled with a nod.

He had dark navy hair, and lighter skin than Will. His orange golden eyes pierced into Will's being, as they seemed to almost glow if you looked at them for too long. He had a red long-sleeved blazer on with a white button-up on underneath, with a mid-waist belt holding up his khaki slacks. His hair was gelled back smoothly, showing a few small spikes, with two thin locks falling into his eyes. On his left ear was a strange earring; a blue wing pierced into the top curl of his ear, with a thin gold chain connecting to the stud at his lobe, that had another small decorative chain hanging from it. He didn't look particularly older than Will, and only stood just a few inches taller.

The young man smiled a bit. “Sure. What have you got there?”

“Gouda cheese, some raspberries, and the gray strange cream is a delicious floral-honey flavor on a butter cracker.” Will explained, pointing out the three different hors d'oeurves, none of which looked enticing at all.

Will looked to his lower right side as Alexander came up and grabbed ahold of his shirt tail again. Will smiled at him a bit, “Hiya, Alexander. Do you want an hors d'oeurve?”

Alexander shook his head, a hand to his mouth as he looked without interruption from the young man with golden eyes that was looking over the tray Will was holding.

“What one do you recommend?” he asked.

“Oh, uh the berries are good.” Will answered, his eyes looking slowly around for wherever Mia was. She was sure to turn up looking for Alexander soon after all.

Alexander made a sick face. “Ew!”

The young man laughed, and knelt down to look Alexander in the eye. “Do you not like berries, little boy?”

Alexander stuck his tongue out at him, shifting to hide behind Will. Will laughed nervously, “Uh, he's pretty shy.”

The young man reached up, took one of each of the hors d'oeurves, placed them on the palms of his hands, knelt down and held them out in front of Alexander. “Do you like the cracker?” Alexander shook his head, and the young man put it back on to the tray. “What about cheese?” And Alexander nodded a bit. He smiled, offering the snack to him. “Want it?”

And at this, Alexander's eyes glanced up to Will's and then back to the golden eyes. Then he shook his head.

Alexander blinked, not saying anything. The two just watched, kind of dumbfounded, as the young man plopped the cheese into his mouth, followed promptly by a sick look on his face. Then he threw in the berries, and made an even worse sick look.

“Man! That's ….” He paused, trying to think of his word really carefully. “A really strong flavor. What's in them?”

“Lard.” Was Will's response, and at the same time, Alexander's was, “Bugs.”

The young man laughed as he stood back up, “How can you guys stand this stuff?”

And without missing a single beat, they both answered, “We don't eat it.”

He stopped when a stern voice echoed toward them. “Alexander!”

Alexander let go of Will instantly, waved to him and ran off quickly around the table, and out the door into the hallway. Mia walked past them, not even giving Will a single bat of an eye, hurrying after her son.

“Well...” the young man smiled, putting a hand on his hip. “I think I'll have another hors d'oeurve.”

Will blinked, turning his attention back to the young man. “Sure.” He moved the tray toward him.

The young man grew a smile on his face. He took the tray from Will's hands and, then put a hand to his chin, looking the other up and down. “There. Now you look better.”

Will tilted his head to the side, curious as to what he meant.

The young man offered up his hand. “Hand, please.” Puzzled, Will put his right hand into the hand offered. Smoothly, yet swiftly, the young man put the tray onto the table beside them and dragged Will out onto the ballroom dancing floor. He worked them through a few couples, until they were far enough in that Will couldn't just escape the wall. He then positioned their hands for the waltz, as the music had already begun to play a while ago, and began to lead Will in the dance.

Stuttering softly, and carefully trying to pull his hands away from him, Will looked toward their feet. “Oh, no, no. I can't dance.”

“No, no.” Will insisted, trying to pull away, as he was guided to step backwards and then forwards.

The other lead them into a small turn with a few steps backwards, “Just follow my lead, Will. I'm sure you learned how to dance as a kid, right?”

“Well, yeah... It's proper etiquette!” Will answered, looking up, feeling them step forward, him too far as he stepped briefly on the other's toes. “But that doesn't mean I've danced recently.”

“How recent is recent? Cause you're doing fine.”

“Try four years.” Will answered. What's up with this guy? Golden-orange eyes, and that... look. It's so, weird.... Alexander doesn't just get along with anyone.

“Whoa! Why so long? Surely you've had to attend parties, right?”

At that, the young man's eyes widened a bit. He blinked in surprise. It was brief, but there long enough for Will to catch it. “...What...? What do you mean servant?”

Will's mouth opened a bit to answer, not sure how to explain, or what to say.

A firm hand landed on his shoulder, pulling the two to stop dancing. “Excuse me for butting in, but I think you've distracted my kitchen-boy long enough from his job.”

Will jumped in surprise, looking at Adell's stern face. He let go of the young man, took a few steps back and gave a brief bow. “Thank you very much for the dance, sir! Please, enjoy the rest of your evening.” He turned and gave a bow to Adell, “Sir.” And then he straightened up to walk away.

Will stopped, turning to the Grand Duke. The young man watched with annoyed interest. “Yes...?”

“Did you buy those four small pastries that were on the main table with the gifts?” Adell asked. Will swallowed his voice. “Will?”

“Yes, sir.” Will answered, trying not to sound too curt with that short nod he gave.

Adell lifted his left palm up and gave Will a firm slap on his cheek. At that, the young man's eyes widened, pissed and shocked that he would slap Will. He moved to say something, but Will had already moved into another bow.

“Yes, sir. Thank you for your kindness.” Will answered. He straightened up with a smile, and then turned to walk back in to the kitchen.

Adell turned with a smile, putting his hand on the young man's shoulder again. “Please, my friend, enjoy the rest of the party on your way to the door.” With the last few words he firmed his grip momentarily on the young man's shoulder before letting go, giving it a few pats. And then he walked away, “Duke Rutherford! It's been too long! I think I see more gray hairs coming in on your head!” 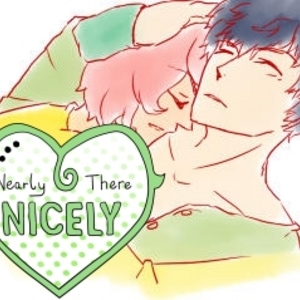