After a rainy night, a sunny morning appeared. It wasn’t too cold and too warm, it was perfect. Diarem didn’t want to wake up but he couldn’t stand how bright it was. He looked and the watch and said:

Diarem slowly ate his breakfast and he was thinking about what he could do. He decided to just do things slowly. After a while finished his breakfast and left home and slowly walked to the school. He thought that this would be an enjoyable walk but things changed fast. He saw a few older students taking some younger guy to the alley. He followed them and then he saw how they started pushing the younger one with glasses.

“Can I join you guys?” Said Diarem

Thugs looked at each other in silence and one of them stepped out and said:

“Cool!” As Diarem said that, the boy with glasses looked more scared than earlier.

Diarem walked to them and stopped in front of one of the thugs. They looked at each other face to face. Diarem was smaller compared to them. Finally, Diarem hit from the elbow the thug who stood in front of him. Thug laid on the ground.

“What? You say I can play with you. This guy with the glasses didn’t say anything so for me he doesn’t want to play. Ok! Enough talking! Two left.”

From the street, you could see flames and rocks coming out of this alley. Finally, things got quiet. Three guys laying on the ground. One of them got fire on his back. Diarem tried to put out the fire.

“I got carried away a little bit… but you guys asked for it.”

Diarem turned to the boy and helped him stood up:

“Luckily for you, I left my home earlier than usual… Oh well. See you!”

Boy tried to say something but he was too shocked to do it. Diarem casually left like nothing ever happened. He was walking by the river. It was a longer route to his school but he got more than enough time. On the riverbank, there were two kids. They were looking for something and they looked rather happy than sad so they didn’t lose anything at least nothing important.

While he was looking at them something flew by him. It was a big chest and it was falling down toward the kids. Diarem tried yelling to get their attention but they didn’t hear him over their laughter. He looked at his feet and said:

“Will this be enough?” After those words, his feet were in a fire.

He ran down the hill leaving burned grass under his feet.

One of the kids saw a falling chest but was too scared to react meanwhile other kid was still looking for something.

When the kid was going to grab the clover he and his friend were grabbed by Diarem. He saved them a few seconds before chest fell.

“I’ll be going kids, don’t get in any trouble! See you!” As soon as he said that Diarem ran away while he still could use this spell.

“Let's go home, Juu.” Said Jule as he was still in shock

“HUH!!! I found two four-leaf clovers! How lucky we are!” Said Juu.

He stood up looked around in confusion and said: 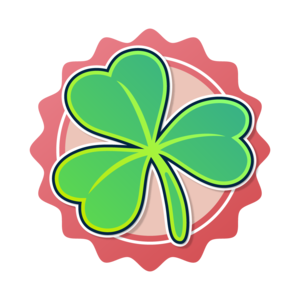