Darzsa bounced on the balls of his feet; an exacerbated sigh broke through his lips. Josiah continued to amaze him. Darzsa didn’t know whether to be flattered or take pity on him. “You need to apologize to me?”

“My anger got the better of me when I grabbed you. As upset as I was with you, I couldn’t keep my composure, and I was too disappointed in myself to properly see you home. I’m sorry.”

Darzsa’s mouth hung open, floored yet perplexed how he would follow up Josiah’s contrite admission. “Well, since we’re in the spirit of apologizing, I have one of my own.”

“Do you?” Josiah pushed the box and sat on the back seat. “I’d love to hear it.”

“You…” Flustered, stuttering, and now he was losing his nerve. “I was going to apologize for accusing you of lying. My blame was misplaced.”

“You were going to—”

“I am”—for crying out loud—“apologizing. I overreacted a bit.” Darzsa clenched his fists and hid them behind his back. He wasn’t one to dole out apologies, and that was why; Josiah was eating it up. Darzsa puffed, blew out a breath through his teeth, and leaned against the car.

Darzsa noticed Josiah’s eyes noted where the red pigment met the white of his shirt. Mouth drawing upward, Darzsa indulged him. “The car as well. I’ll cause no more damage to it.” He grabbed air, holding his hands in resignation.

A sweet surrender became cotton candy when Josiah wound his hands around Darzsa’s outstretched palms. Those resolute hands brought Darzsa huddled between the door and seat, closer to Josiah.

“You insinuated that I’m sleeping with Lottie.”

That. Knives thrown in the heat of the moment, but Darzsa didn’t regret wielding them. Josiah Adams was still a mystery to him, and he wasn’t going to fall for the possibility of a budding romance so easily. Not again. “Are you?”

“Darzsa.” Josiah smoothed out the wrinkles forming in Darzsa’s chin and traced along his jawline, drawing him near. “Did you forget that I kissed you?”

How many men had treated Darzsa to kisses and gifts and more and still went back home to their wives and dolls? Or have him on the verge of spilling it all only to... Jo was going to have to do more than remind him of innocent kisses to make him a believer. “Your point?”

Heat spread from Josiah and warmed Darzsa’s face when their lips brushed. Darzsa felt his breath steam against his cheeks, each exhale flushing his face and spreading a feverish wave down his neck. Try as Darzsa might to resist, the temptation was low hanging fruit in front of him.

“Your gift.” Josiah reached behind him and set the box in his lap. “Open it.”

Darzsa braced himself from careening into Josiah’s lap. His fingers lined the lid of the box as he read the label. Mercier and Messina. “You can afford to shop here?”

“I can always return it or see if one of your coworkers wants it. What’s her name? Ruthie?”

The lid and tissue paper littered the car floor, revealing glistening bronze. Darzsa held up a sleeveless dress with an embellished bow at the side. The same dress he saw in the window yesterday. It was stunning on the mannequin, but it dazzled in his hands as if it chose him to wear it.

“How did you know?” Darzsa found it hard to believe Josiah would casually walk into one of those swanky stores and happen to pick one of the latest haute couture designs off the rack.

“I was in town running errands, saw it in the window, and thought you’d like it,” he winked, “in addition to my apology. If you’ll accept it. There’s more in the box.”

Darzsa thoughtfully draped the dress over his arm and lifted the other layer of paper. Underneath was a matching turban nestled around a necklace affixed with an emerald at the end. He held the stone in his hand then against the dress; a patina finish on an antique statue. Darzsa barely contained his affection over the olive branches Josiah extended to him, but fool’s gold still glistened in the right light.

“I do appreciate the gesture, but I wear more than dresses, you know. And don’t think I’m some cheap thrill you can—"

Josiah punctuated that sentence with a kiss. Darzsa’s first thought was not to let the dress fall to the ground, but Josiah steadied him into the warmth from his lips. A soft and chaste kiss seized Darzsa’s lungs and struck his heart against his chest. He gulped down air and closed his eyes because the sight of Josiah would threaten the big one.

“Save your breath with a simple ‘thank you’ next time.” Josiah poked Darzsa’s chest, and his eyes popped open. “Sell the dress or toss it. Either way, it’s yours.”

Darzsa laid the dress and necklace into the box and secured the lid. There was no way he’d let anyone get their mitts on this, not after he already matched the perfect shoes with it. Darzsa coveted his new prized possession to shield it from Jo’s flippancy. “I’ll keep it.” More conditions formed on the tip of his tongue, but he did as he was told and kissed Josiah on the cheek. “Thank you, Jo.”

If Darzsa was going to act like some head over heels lovesick puppy, the least he could do was maintain his dignity. The girls were less obnoxious when they fawned over a regular or new goof. Being off-kilter over Josiah gave Darzsa a run for his money, but he couldn’t say he wasn’t letting the chips fall where they may.

“Duty calls,” Darzsa said, his breath still tickling Josiah’s face. “You may be riding solo if your friend got lucky.”

“I may have some company,” Josiah pried the box from Darzsa’s hands, “If you don’t want to carry this a few blocks.”

Gifts and a ride home? Darzsa loosened his protective grip on the box. On his way back to work, Darzsa didn’t think about how many hours he had left for a change; he thought about how he would look in that dress in the back seat of Jo’s car.

Would you forgive Josiah? I would. Darzsa is starting to realize that he may have more than a passing fancy with Jo and he's here for the ride.

Darzsa thinks a little about his past relationships and how they didn't end so well. One, in particular, hurt him a bit more than the others. More on that soon~

More little kisses between these two! I love when Jo does something to get Darzsa to shut up, but Darzsa still has a good reason to be skeptical.

Next up, the Mardi Gras ball at Chéri. How do you think it'll go?

~Fun Facts with Fox~
The name of the store is inspired by D. Mercier and Sons', a clothing shop of that era owned by Dominique Mercier, a free man of color. Messina for the alliteration and that name may come up later.

Speaking of Mercier, I know you love action novels, so read "Lacune: A Nexus Troupe Novel" by one of my good friends, Alex L. Curi. https://tapas.io/series/Lacuna-ANexusTroupeNovel/info 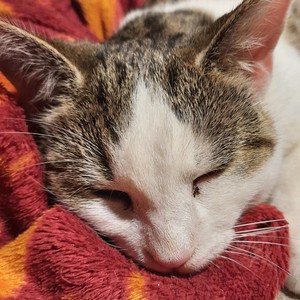 Really sweet chapter and I'm glad they made up! I hope things continue to go well next chapter. I'm still suspicious of Josiah because there're so many unanswered questions like where exactly does all this money come from/what exactly is his job etc?! And I hope that Darzsa won't let this questions rest just because they're getting closer😅 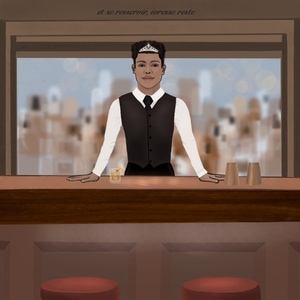