Josiah took Darzsa’s hand and led him to the usual corner near the bar. The rest of the couples were cramped in the middle, shoulder to shoulder, and shifting side to side. Josiah positioned his hand around Darzsa’s waist and pulled him close. “Before you say anything, I figured you’d want a bit more space.”

Who did Josiah think he was talking to Darzsa like he knew him so well? It was true; he didn’t want someone’s sweaty body bumping into him, and the room already saw him enough times for them to see bronze when they closed their eyes.

“What took you so long to get here? I’m sure picking this out wasn’t time-consuming.” Darzsa’s hand held onto Josiah’s shoulder, petting the material of his dinner jacket. The suit was swell, and he looked tight in it, but Darzsa wouldn’t tell him that for making him wait. Yet.

“I didn’t think I had a set time to be here.” Josiah twirled them around as the music changed, synchronizing with the instruments from the front. “Did you miss me?”

Thankful for the low lights and powdery, raspberry cheeks, Darzsa averted his eyes from Josiah and hoped the rouge would conceal his deepening blush. Josiah brought Darzsa’s hand to his lips after the question wasn’t answered.

“I hope I didn’t hurt your hand the other day.”

Hot. Darzsa was already bothered by how tonight transpired, but the excessive touching from Jo was a sweltering heat thicker than the most humid summer day. Moisture accumulated on his palms, and Darzsa moved both of his hands to Josiah’s collar. “Don’t get balled up over it.”

Darzsa didn’t want to think about that day as Josiah drew him flush his chest, the plush wool sliding against Darzsa’s arms. If anyone was cold, it was Lottie. If Josiah didn’t tell her any personal information about him, then who did?

The music should've screeched to a halt the way Josiah petrified. Darzsa squinted at him curiously and wondered why his question elicited that response from him. He’d already gathered that the old friends had something go down between them, but where did Lottie fit into the equation?

“Des Moines was big enough; I’m not sure who Daniel knew.”

“Simple enough,” Darzsa remarked and fastened his hands around Josiah’s neck. “Then why did it take you so long to answer?”

Josiah picked up the pace in their steps, leading Darzsa around their little corner. “You want to talk about Lottie right now?”

“Darzsa.” His name from Josiah’s lips was too compelling to disregard. A simple request disguised as a command—in harmony with the melodic hammer strikes that lulled Darzsa into capitulation. “If you’re that curious, ask her yourself.”

“Is she the reason you and Daniel don’t talk anymore?”

Josiah’s hand balled into Darzsa’s dress, drumming his hip and back. Calm and collected Jo clammed up at any expression of Daniel’s name. Darzsa didn’t care what happened between them, but if Lottie was responsible for Josiah’s reaction to the slightest invocation of his former friend, then Darzsa was valiant in nearly ruining her endeavors.

The ebb and flow of this evening were making Darzsa lightheaded. By Josiah’s still furrowed brow, Darzsa had dredged up some unknown things that might put a damper on their otherwise pleasant time. Fraught silence between them made for a slow dance that was closer to a stand-off. Josiah’s eyes locked on everything and nothing just past Darzsa, and he’d rather have that velvety smooth voice scold him than the stark silence.

“Jo.” Darzsa prodded the crinkled skin between Josiah’s brows. “You still get this crease here when you’re upset.”

Josiah met Darzsa’s remorseful gaze, allaying his indignation much to the relief of his dance partner. A subtle curve of his lips returned the light in Josiah’s eyes that Darzsa adored.

“You’re not going to apologize again, are you?” Faint laughter left those parted lips, but Darzsa didn’t so much as crack a smile.

Darzsa pouted, conscious of how the muscles in his face shifted and relaxed his chin. “No.”

Josiah spun Darzsa around so that his back was away from the thinning crowd. The reposeful tune was less for dancing and became background noise for line feeding and necking. Moments passed long since Darzsa and Josiah stopped dancing, yet held each other and talked about everything and nothing. All Darzsa knew was that stupid grin wouldn’t vanish, and Josiah’s face mirrored his.

“So.” Darzsa wrapped his arms snugly around Josiah, resting them on his shoulders. “You’re not going to compliment your hard-earned money?” Be not Darzsa to consider Josiah as fresh, but not one word yet of the show-stopping gown.

Darzsa waited for some oblique comment from Josiah that would ruffle his feathers and leave him discomposed. He’d be ready with a reply that would leave Josiah hot in the face and heavy-tongued.

Josiah did exactly what Darzsa wanted him to do, and Darzsa still wasn’t prepared. He hated the way his chest swelled and knees got all wobbly at being called beautiful. Even Mathieu would call him bèl when Darzsa was under him, but nothing compared to the smoothness of Josiah saying it.

Somewhere between the dimming lights and resonance of mellow keys, Darzsa was spellbound into doing what he’d denied himself since they tucked themselves into this corner. Darzsa didn’t care about smudging his lipstick when he kissed Josiah. He didn’t care where Josiah’s hands roamed below his waist. He didn’t care about the remaining people in the room watching on to their petting party in the corner.

Cherry-stained lips invited Josiah in, whose tongue explored the sweetness of the deepened kiss they shared. Darzsa’s thoughts fragmented with each passing minute they were linked, sweeping him off his feet until his back touched concrete. He gasped at the sudden coolness of the wall, unaware of how long they’d been all over each other.

Darzsa reaffirmed his grasp around Josiah’s shoulders, not looking away from him for a second. Unwavering exchanges glimmered between them, unavowed in unison with bated breath and blood racing.

“Darzsa.” Josiah planted his hands against the wall on either side of Darzsa. “Would you like to get out of here?”

Darzsa chuckled, and in his periphery, saw cerise-streaked lips, wanting to cover them in red as much as he needed them all over him. He captured Josiah in a lasting kiss then pressed one against his neck.

Darzsa sure knows how to press his luck, but he luckily got things back on track. This is the second half, title wise, of "Et se resservir." Together, the French palindrome is "Et se resservir, ivresse reste" which means, "And reserving oneself, merriness stays." I think it fits the scene that leads to their first kiss and this, which might lead to...who knows 😉

A French phrase and palindrome for mirrored scenes, we love a theme. 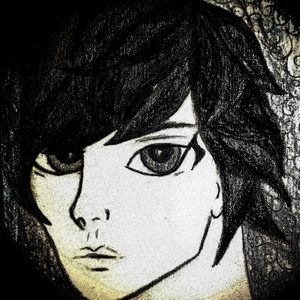 Goodness, the pacing of this was incredible! You can really feel their connection building through the scene. The sparkle and passion and sincerity...ahhh so wonderful 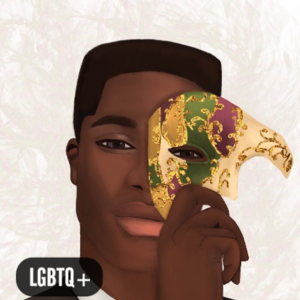