“Alright then,” Chiaki said, exchanging looks with her two friends. “Shall we get going?”

They nodded in unison. Hotaru immediately hooked Chiaki's arm with hers as they began their stroll down the busy sidewalk with Will following close behind. Cars and transit buses swept through the city street as older witches mounted brooms through the skies above while dragon-kin and avians loomed relatively higher, wings beating hard against the air as they soared in from the east. A jackhammer could be heard clacking away at the ground from around the corner where a group of road workers tended to incomplete intersections.

"You know, it's been a while..." Will said, taking in their surroundings. "...since we've walked to school like this."

"Yeah, for real," Hotaru agreed, hugging Chiaki's arm to her chest. "I'm glad we agreed to stay together in Marlia."

Chiaki giggled. "It feels like we're in Hullington Primary all over again." She paused for a moment, then sighed. "We're just missing John... I know he has to be in the capital, but it still feels weird that he's not with us." She used her free hand to twist the ends of her hair. Upon seeing this, Hotaru could feel the weed twist and turn in her stomach, thorns pricking at her insides as it continued its relentless cycle.

"Well, he does have a family legacy to uphold," Will affirmed. "Can't be a mystic knight if you don't attend St. Magnus. If Phoenix provided the course for knighthood, he'd be here, no doubt about it."

Chiaki let Will's words marinate for a spell before nodding. "Yeah, you're right," she smiled. "Still, I wish he'd at least give us a call once in a while..."

"Jonathan Wayland Shepherd, using modern magitek?”  Will shook his head. “Nah, I don’t see it. Never knew him to be tech-savvy."

She nodded. "True. At times he can be a bit old-fashioned."

Will raised an eyebrow. "A bit? He's probably the only person in the entire kingdom who still travels by horse and carriage. Heck, Lord Arthur Vermilion is nearly a hundred and twenty, and even he rides in a car."

That much was true. Over two centuries ago, the world as they knew it was a different place entirely. Traveling by horse on land and ship at sea was still a prime method of transportation. Weapons like firearms, assault rifles, or bayonets weren't even thought of, and sporting events like Academy Showdown could only be experienced at home via sound orb broadcasts. That all changed over a century later when a group of strange humans suddenly emerged from beyond the yolk. While mingling with these folks and learning of technology from their homeworld, inventors from far and wide began to realize the creative potential of mana and thus worked to change the everyday lives of countless civilians. Before too long, the great continent of Taqora had undergone a widespread technological evolution.

However, many groups and tribes preferred the more archaic way of life before magitek and mana machines, doing everything in their power to uphold these beliefs and pass them down to this very day. The elves, druids, witches, oni tribes, and religious warrior and marksman class families are common practitioners.

"Okay, okay, he can be very old-fashioned," Chiaki admitted, trying her best to contain her laughter. "But that's all part of his knighthood training. He said it's all about the experience of those who came before him... Understanding the way they lived will help him grow into the knight he strives to be."

Hotaru rolled her eyes. An incredible cornball, maybe. She'd rather them talk about anything else. Just the mere mention of that pompous, overbearing, troglodyte's name made her blood boil. For seven long years, he had been a thorn in her side, proving to be better than her at just about everything. Whether it was test scores, one on one combat, sponge cake eating contests, or getting Chiaki's attention, she felt as if he was more of a dragon than a knight. It seemed as though Goldie was going out of his way to make a fool out of her.

Geez, Hotaru. Get a grip, will you?

She was reunited with her best friends for the first time in weeks. Weeks that felt like an eternity. There were far more important things ahead of her. She didn't have the time nor energy to spare getting hung up on an absent adversary. If Hotaru wanted to get stronger, she needed to qualify for Academy Showdown, so she had to be ready for whatever Requiem was willing to throw at her. The last thing she wanted to think about first thing in the morning was him.

"Hey, why so quiet?" Chiaki's question pulled Hotaru out of her thoughts.

"Yeah, seriously," Will agreed, shooting the smaller girl a knowing glance. "Where'd all that energy disappear to?"

"Hm?" Hotaru looked up at them before shaking her head. "I-It's nothing. I'm alright, guys, I promise." Concerned looks were exchanged between her two friends, but they decided not to pry any further.

Deep breaths, girl. He isn't even here. Besides, you have her all to yourself.

The trio turned a corner and sauntered down a few cobblestone steps leading to a narrow street where many local businesses were opening up for the day. Hotaru scanned the area and noticed that Ramos Bakery had yet to open its doors, much to her disappointment.

"Man, I could go for some mochi," she sighed. "I haven't seen Carlos and the baby in forever."

"Same here," Chiaki confessed. "We could always head over after school and say hi."

They were halfway down the path when suddenly, a girl emerged from an alleyway near the end of the street. She had a petite build but looked to be more athletic than Chiaki and was still much taller than Hotaru. Her hair was long, around neck length, light blue with an asymmetrical fringe, sporting a single yellow strand shaped like a lightning bolt.

The girl didn't seem to notice the trio as she turned the corner in front of them and zipped down another alleyway. At the end of the street came a group of young men in black leather jackets. They walked swiftly and with purpose. Hotaru counted about six of them; three humans, a spotted feline beastkin, a Red Oni, and an automaton. Not an odd bunch in a place like Marlia City. The Red Oni sniffed the air, then quickly pointed down the street. The others followed him as he stopped to regain his scent. He let out a small grunt before pointing to the alley adjacent to them, where the girl had just run down. The group made haste, quickly filing into the alley, ignoring Hotaru and her friends.

"Monarchs..." Will said in a rather grim tone.

"Monarchs?" Hotaru's eyes widened. "What the hell are they doing back here?"

"That's odd," Chiaki said, straightening her hat. "I thought the school factions ran them out years ago."

"I don't understand," puzzled Will, shaking his head. "This route was supposed to be safe. How'd they find it?"

Chiaki loosened herself from Hotaru, closed her eyes, and placed two fingers on her chest. "I'm only sensing at least two vessels with a scarce amount of aura," she confirmed. "They may have just stumbled upon the barrier when that girl ran through it. It seems that they also have someone who can dispel barriers.”

Safe routes were passageways designed by school prefects to assist students, particularly freshmen and sophomores, in navigating the large city and arriving safely at school. This was just one of many safe routes set up throughout Marlia City. Some say that more than twenty of them have been discovered. Data magic is used to recognize students within the school system and allow them passage, whereas outsiders are met with a powerful barrier. In response to reports of over 100 students going missing in the last decade, both Phoenix and Requiem have implemented this strategy in order to keep those numbers as low as possible.

"Hmm. She wasn't wearing a uniform," Hotaru recalled, "but she has to be a student if she was able to pass through the barrier, no?"

Chiaki nodded. “Exactly. She must be new to the city if she got herself turned around like that. Anyone else would've been more careful.” She rubbed her chin in thought. “Perhaps the Monarchs were waiting in the wings for someone like her to come along.”

“Please, they aren’t nearly as crafty as you give them credit for,” Will said as his arms tensed up, fists clenched. “They’ll pick a fight with just about anyone if they look weak enough…”

There was a venom to the boy's words, which prompted the girls to exchange looks. Hotaru was aware that the Monarchs originated in Brookville, Will's hometown, but that was their only real connection as far as she knew. However, there was always a strange faraway look in Will’s eyes whenever the gang was mentioned. She didn’t dare pry despite her growing concern, fearing that his story may only serve to reopen old wounds. 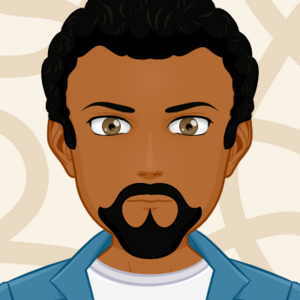 Episode cover art was done by Ink Knight
Check out more of his work here: https://www.youtube.com/c/InkKnight547 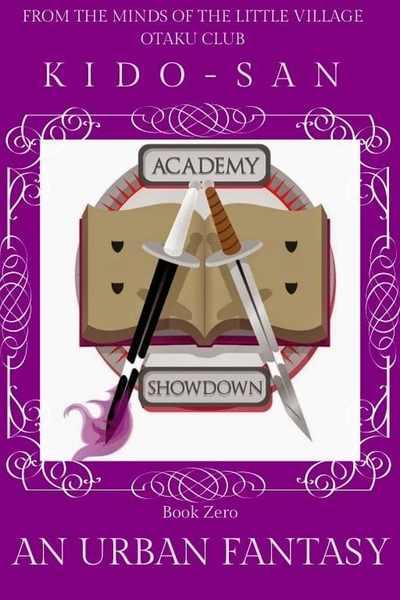 Today is Hotaru Hyakuya's first day at Requiem School for Girls, an academy that trains young female mages into future protectors of Taqora. While Hotaru and her friends attempt to make it to school safely on their first day, they come across a few unappealing situations. From an unruly street gang to a monstrous creature none of them have ever seen before, life in Marlia City is always an adventure. 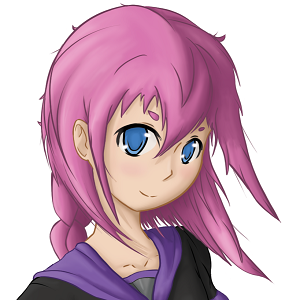