“Where the hell are we?” I don’t know what I’m looking at!

There is a city upside down in the sky. The sky is where the ground is supposed to be, and it’s red. A black sun gives off cold energy instead of heat. Tornadoes spinning in places, cars suspending in air with people honking endlessly.

“This is the Chaos Dimension.: Angelus said. “It is my domain.”

“It’s wild.” I ran ahead of the group to get a look around my surroundings.

“It’s fine!” I said over my shoulder. “It’s not like I can get hurt anymore! I’m an immortal now.”

I stop in my tracks. A giant dragon walks in front of me. Well, not really a dragon, I don’t know what it is.

It has a body of a dragon, feet of lion, wings of an eagle, a robotic snake for a tail, and a head of a human.

“Eek!” I wasn’t expecting it to speak like a human. As it passed by me, it lifted its hind legs and kicked me.

It sent me flying by that kick and pain shot through my entire body. I crashed through the wall. Shattering it as well as my bones.

As I lie there in my pool of blood with multiple bones poking out of my body, all I could think of is why is this happening to me and wanting to die.

“Stop being so dramatic!” Angelus said, standing over me.

I looked down at myself. Alexandria was right, I am alright. Even the pain subsided. It’s as if I wasn’t even hurt at all.

Artemisia offered her hand, and I took it. She helped me up from the ground.

“Don“t baby her too much, Artemisia. As my first Apostle, I need her to be independent.” Angelus said.

Artemisia glares at him, putting her hands on her hips. “ Oh, hush it you!”

Having Artemisia in my corner gave me some confidence to stand up to Angelus. “It’s not like I’ve been kicked by some freaky dragon-thing or anything!”

“I gave you a changed version of Ultimate Force. The Ultimate Force is a force that grants speed and the power of self healing that’s powered through positive emotions. I removed the emotions aspect from it. It’s useless for the Apostle of Chaos to draw power from her emotions”

“Avatars are not created with nociceptors.”

“Pain receptors. Now come along, Norah. We still have a long way to go before we reach the Library of Babel.”

With that, my confidence was deflated like an old air mattress.

More lore, expect the next couple of chapters to be lore dumps. 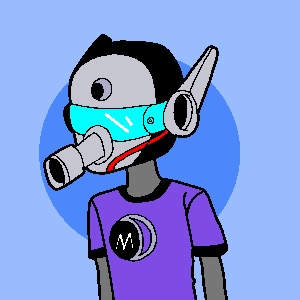