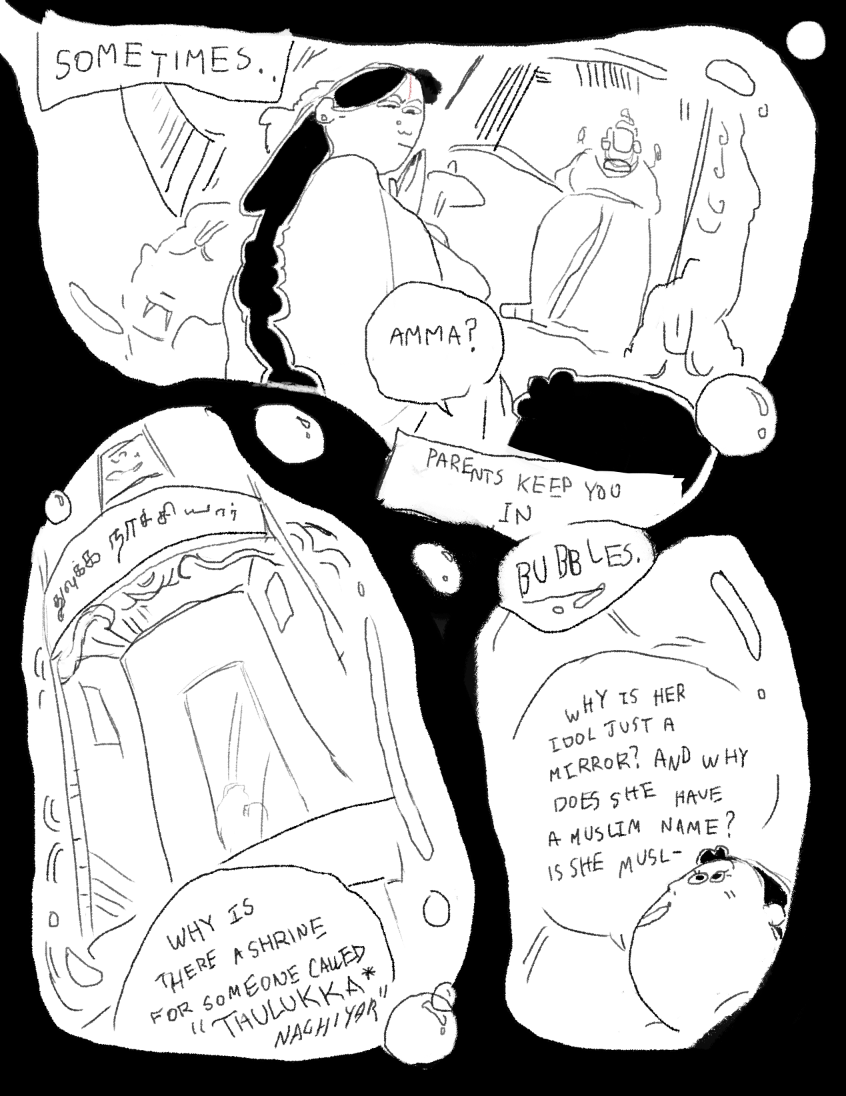 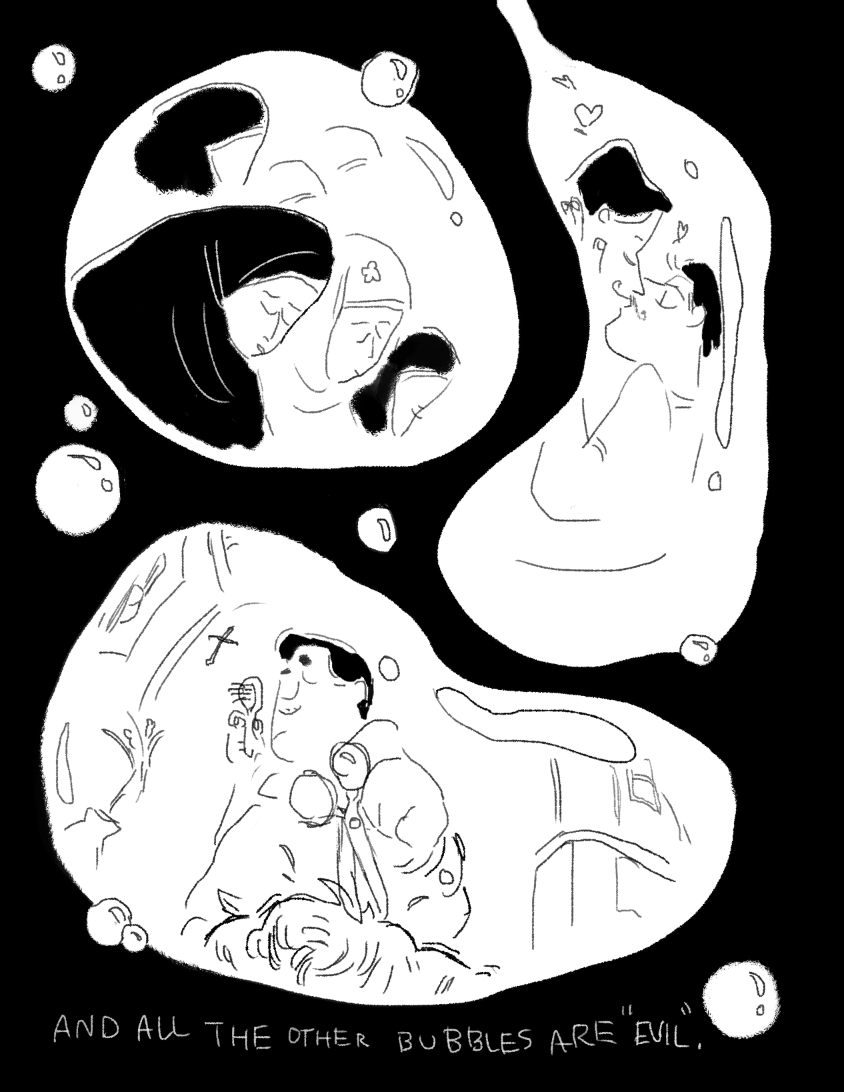 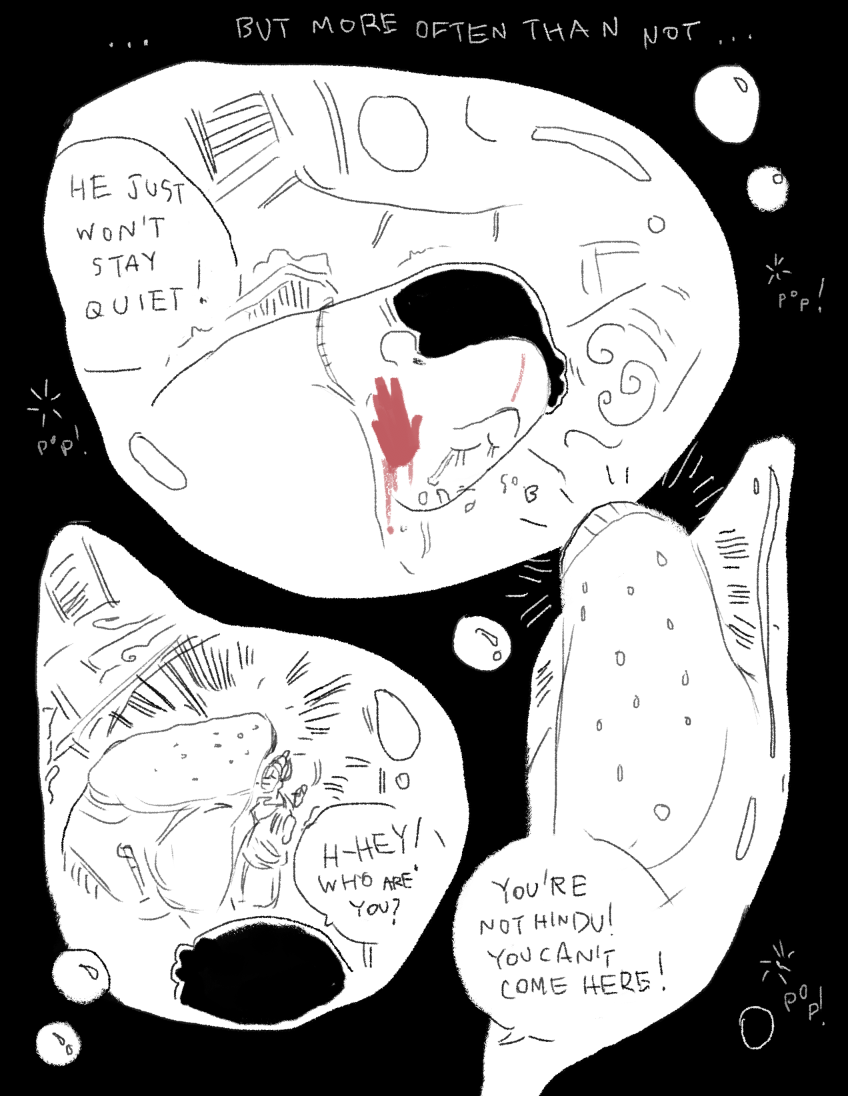 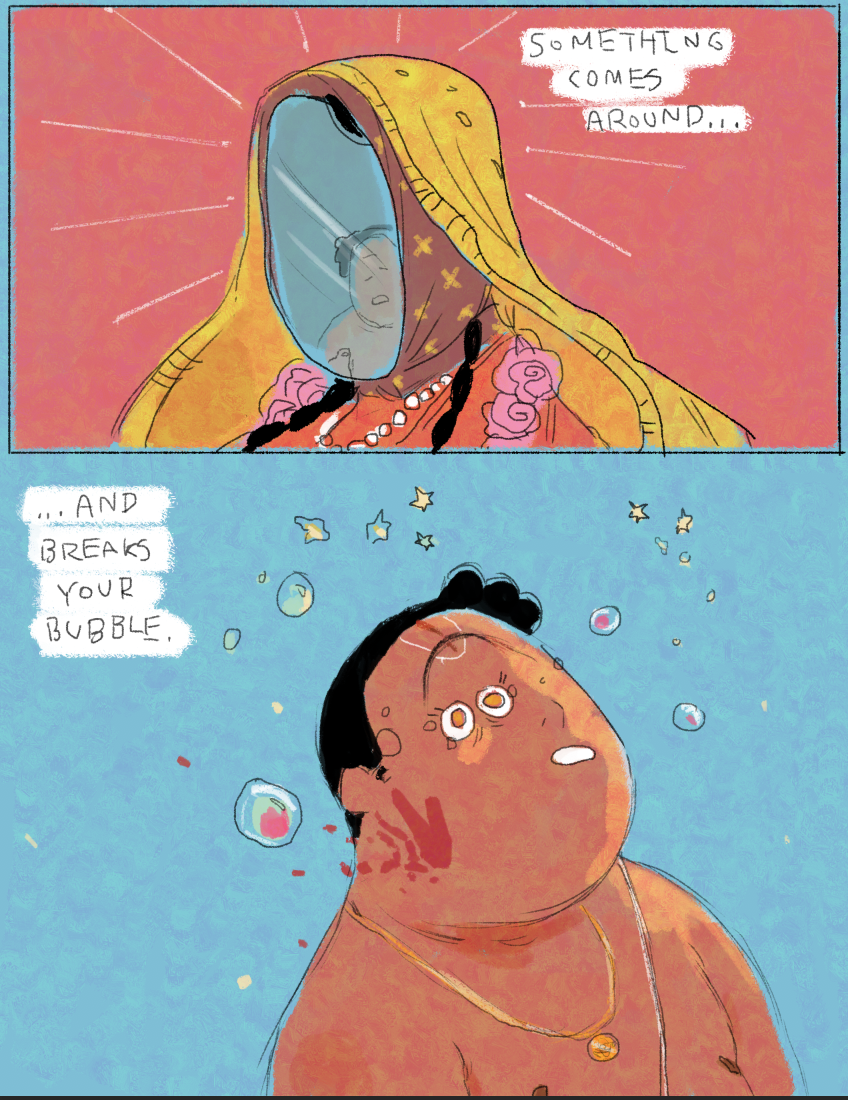 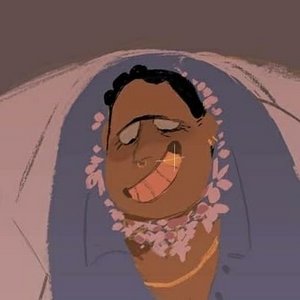 This is part of the story of Puu itself, but it also functions as a sort of vent comic; I grew up in a very abusive, homo/transphobic, Islamophobic, and casteist brahmin family–and I internalized a lot of their ideas growing up. However, during a pilgrimage trip to southern India I took seven years ago, I learned about Thulukka Nachiyar and how she was a Muslim princess who married the Hindu deity Vishnu and thus became revered as a Hindu saint. (Her shrine contains only a mirror–a formless image–because the priests who’d originally installed it in SriRangam wanted to respect her religion and its emphasis against image-worship, though she has also been depicted in statues and paintings, just not for the purpose of worship.) After that trip, I reevaluated practically everything my parents had taught me, took up Islam, embraced my non-cishet identity, and renounced the concept of caste.

*Note: “Thulukka” (Turkic) fits this description because Thulukka Nachiyar is actually of Turkic origin. However, in a modern sense, “Thulukka” can be used as a slur against Tamil Muslims for the purpose of othering them, so using it outside of its original meaning is highly inconsiderate. 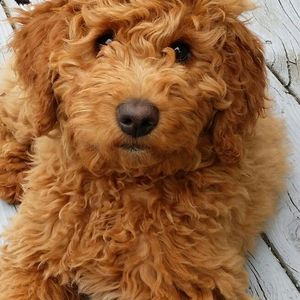 Oh, dude, I'm sorry you had to endure that as a kid. You've incorporated your experience and the message you are trying to send really well in your story, though, and in a really beautiful way. Thank you for sharing Puu as well as your own story with us! 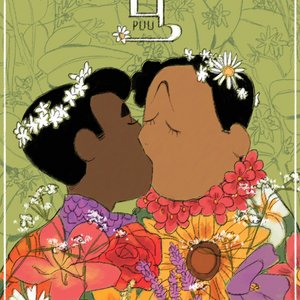 Jameel Mansour moves into a new flat with a strange roommate, Saboor Halwani, who has an obsession for flowers. Slowly, the two men find out that they're not only perfect as roommates...
(Story takes place in Tamil Nadu, India.)
Updates every Wednesday evening.
Subscribe 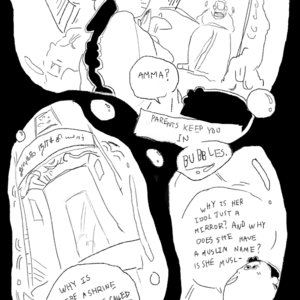