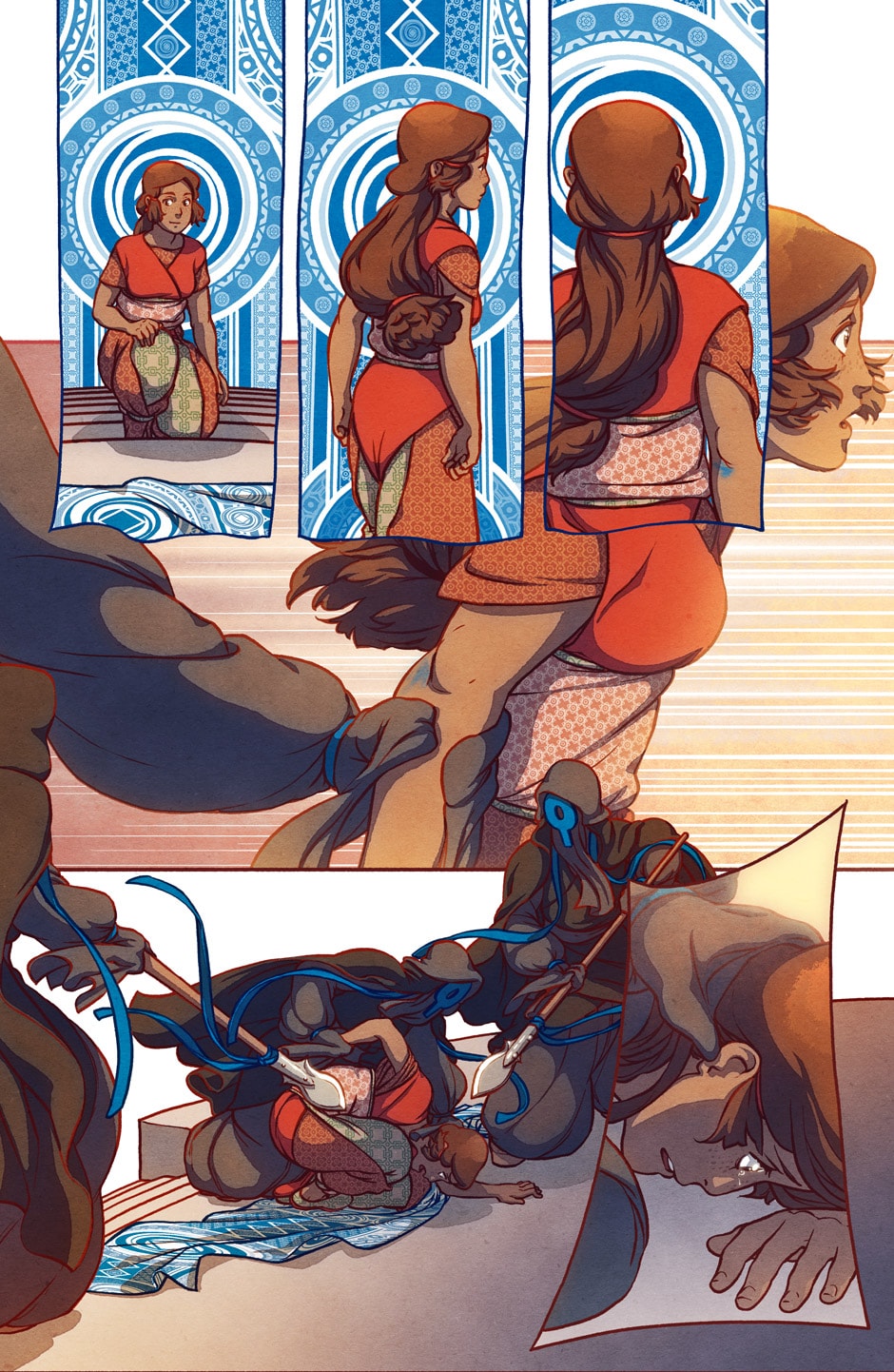 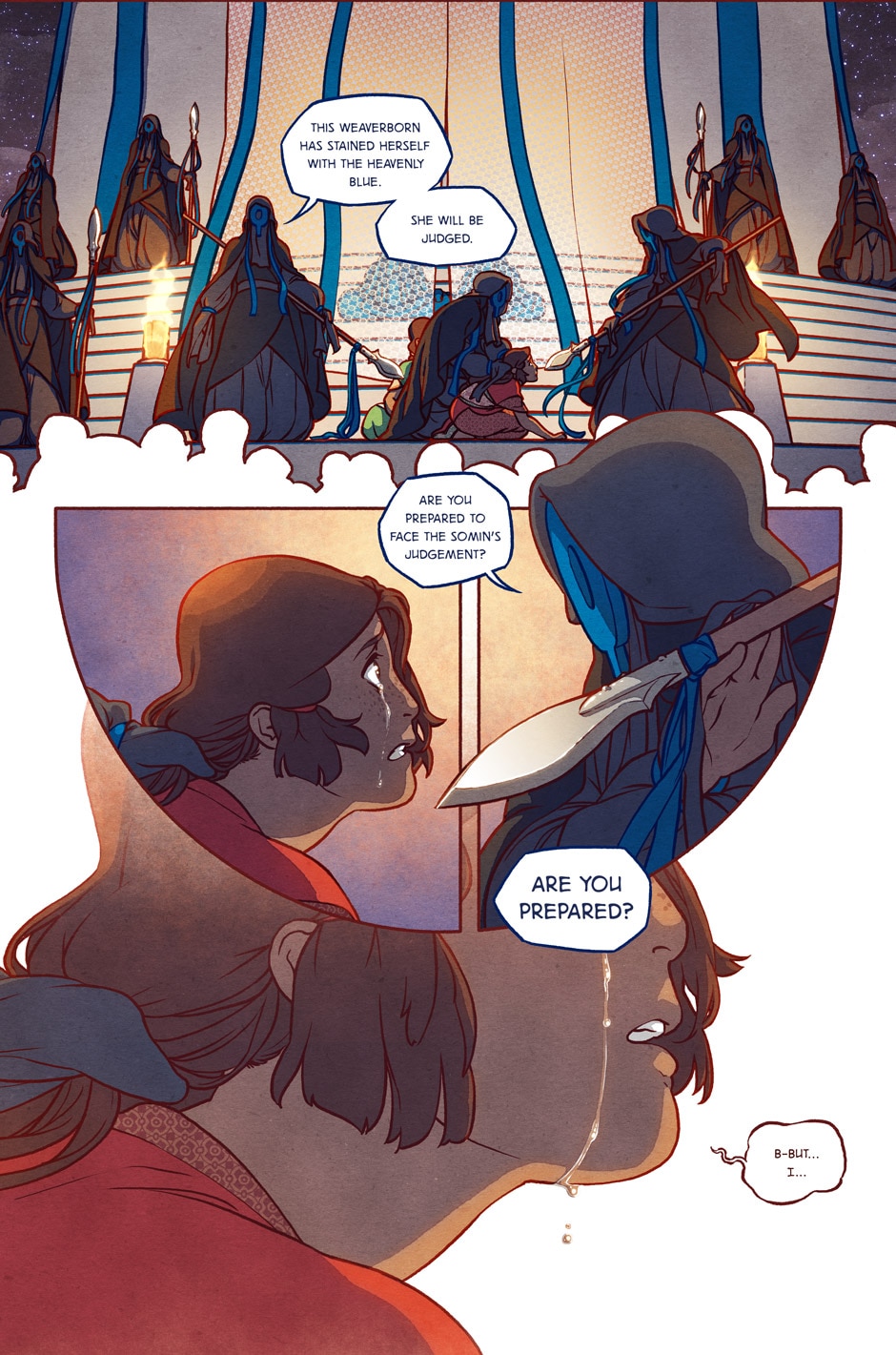 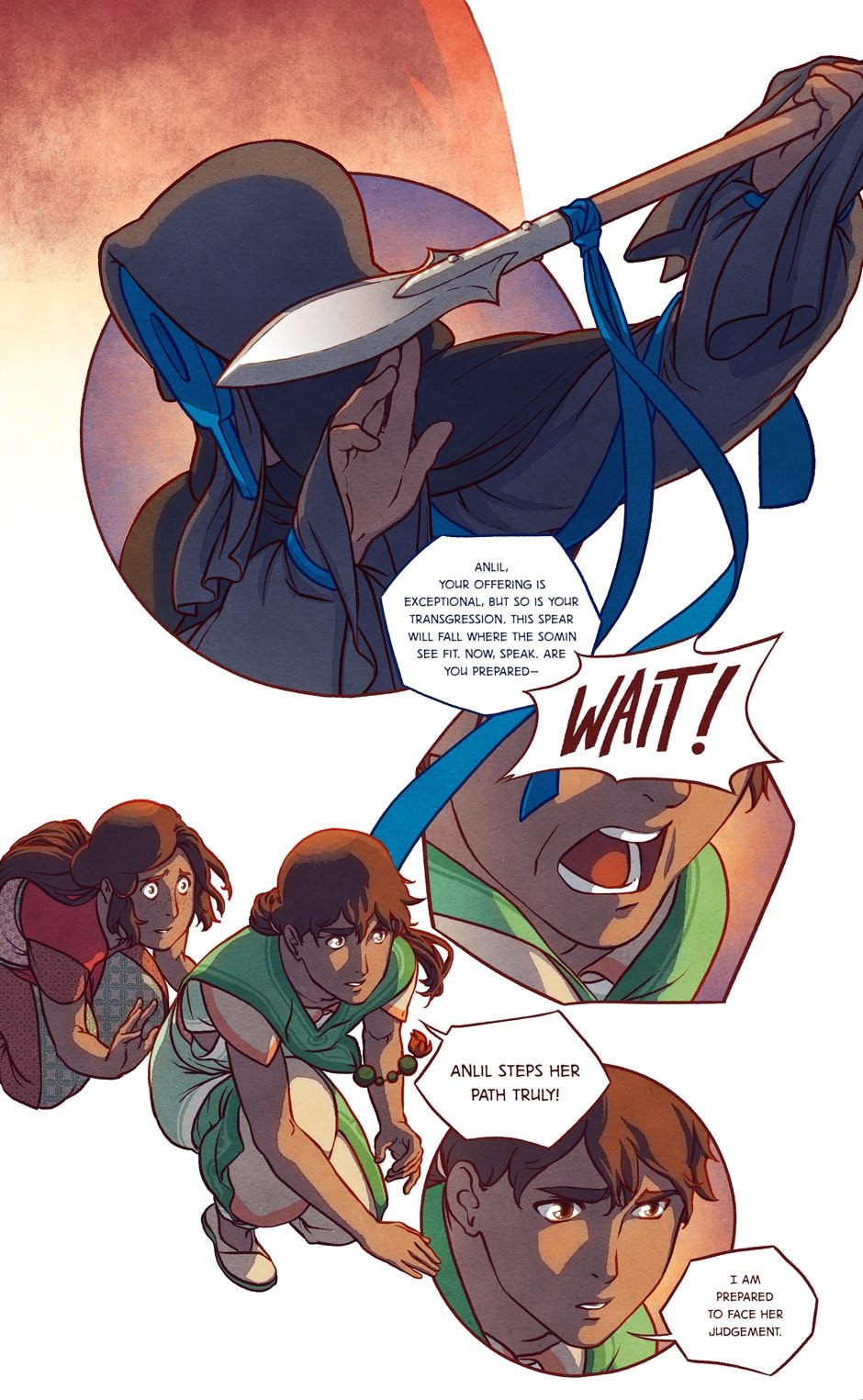 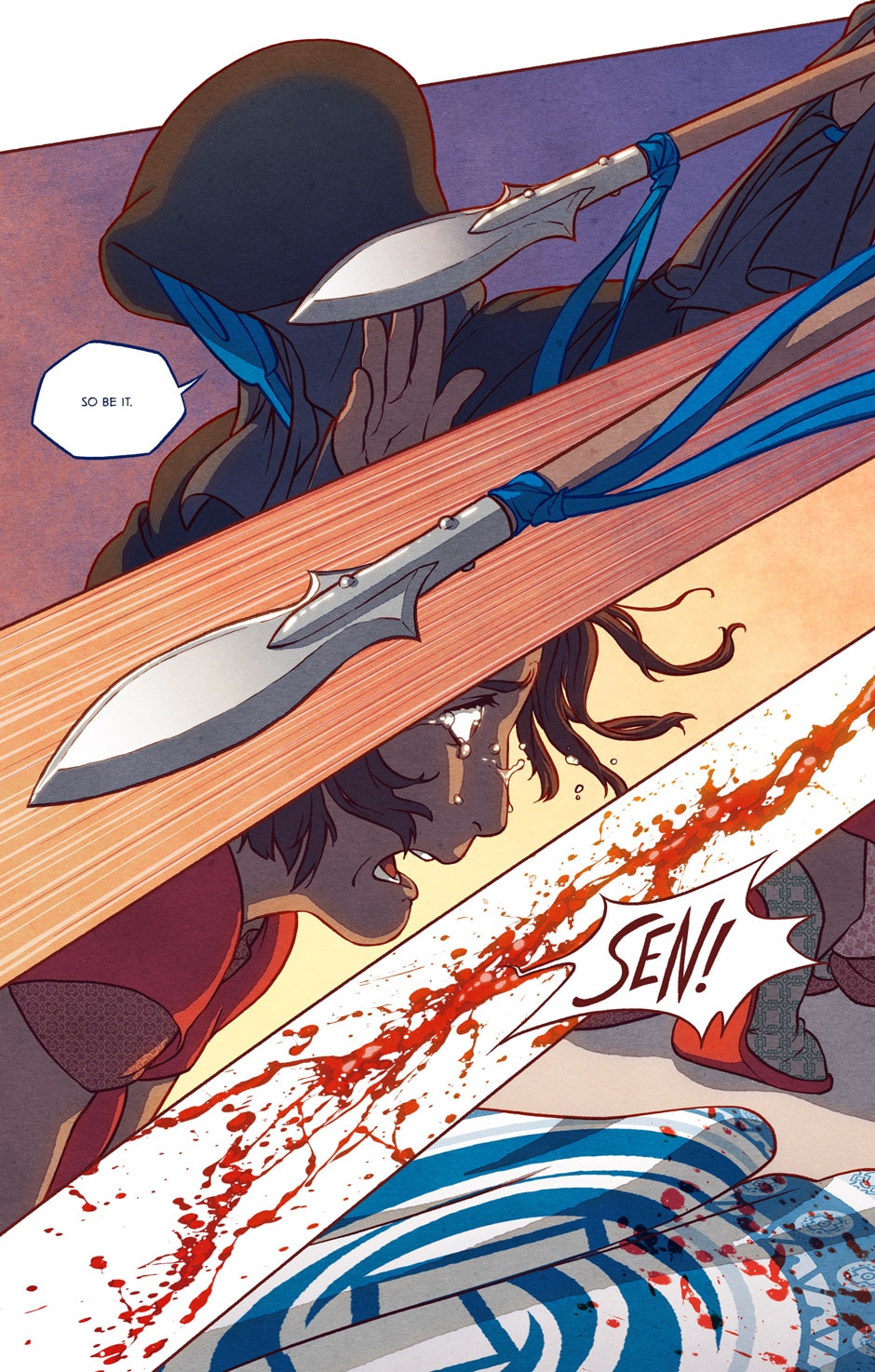 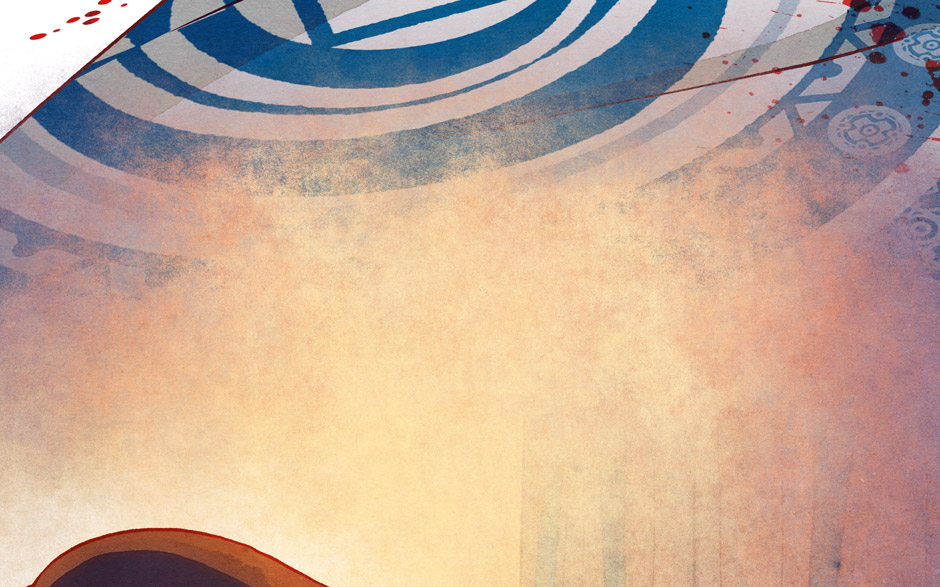 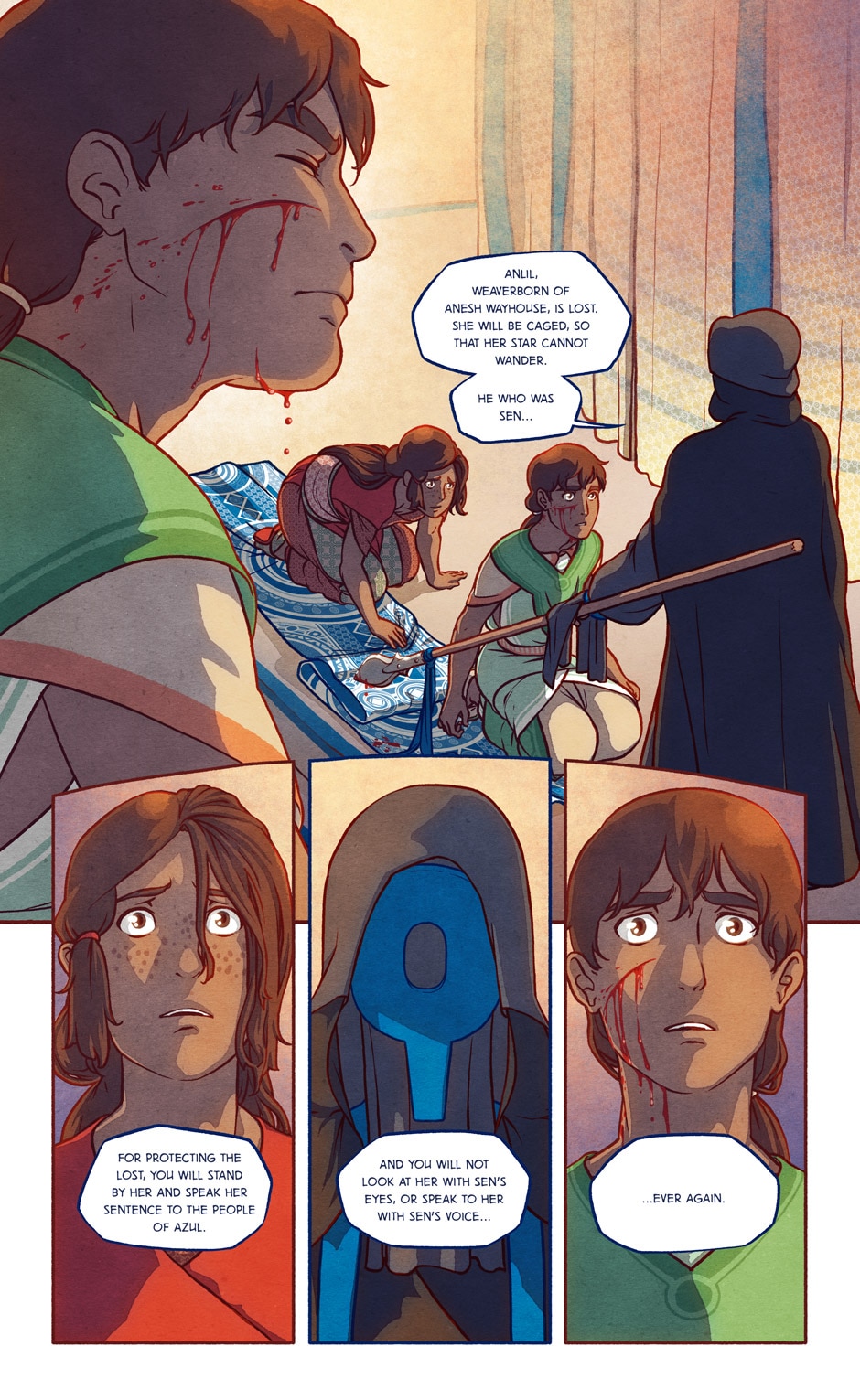 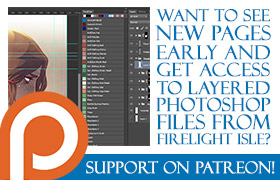 I'm both extremely happy and extremely sad to be posting this episode. Happy because it's such a huge milestone: the last Ribbon of chapter 3, and the final part of the first volume, which I'll be collecting in print later this year.

Sad because Ursula K Le Guin, the author who I love the most, and whose work inspired me to create The Firelight Isle, passed away today.

I hope, if even for a fleeting moment, The Firelight Isle can move you as deeply as her work has moved me.

EDIT: Updated the files with a few minor corrections. 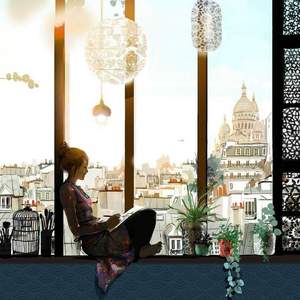 "And you will not look at her with Sen's eyes or speak to her with Sen's voice..." These words are simple yet stunning. (and, together with Anlil and Sen's combined expressions, make the scene so powerful. I like it so much.) 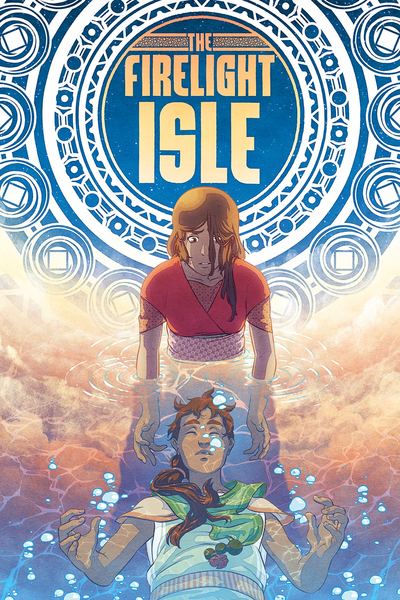 A tale of coming of age and cultural discovery in a civilisation guarded by a mysterious religion. Sen and Anlil are childhood friends about to be parted as they undergo the trials of adulthood...
Subscribe 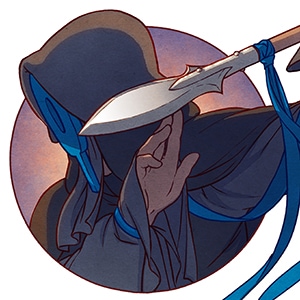