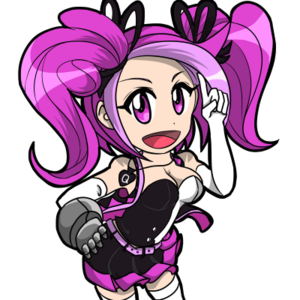 Hey all! my name is Greg Dickson, and I'm a Canadian comic artist that lives with my wife, daughter, and two cats. I've been drawing all of my life, but have only rediscovered my passion a couple of years ago, when I came up with the concept of my first comic, Don't Be A Hero. After a year of planning, designing, drawing (I've already got 30 pages drawn before I started digital art), and investing in a wacom tablet, I'm finally getting into this project. I hope you have just as much enjoyment of reading my comic as I have gotten making this thing. 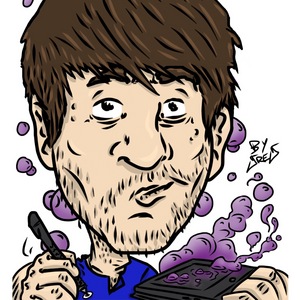 Hello Greg. It's been a while! Hope everything is going fine for you.

With the current events I had lots of time home and I wanted to share my latest project with you.

I developed a story hosting platform powered by the Hive blockchain. It allows to earn crypto currency for your content. It's still in alpha version but most features are complete.

I've been posting Shades Of Men on the Hive network for the past 4 years but I now optimized the interface for series. I made a forum post about it https://forums.tapas.io/t/get-rewards-for-your-content-on-inkito/44257.

I'd love to have your feedback and maybe see you amazing series on the platform. The site is https://inkito.io.

Thanks a lot. Have a nice day,

A quick update on the status of Don't Be A Hero. I'm still on a little bit of a break, but I would like to report that my work life is now falling back into a right place. I've got better hours, a better sleeping schedule, and better chunks of time to devote to comic production. As you know earlier, I had to make a major job change that required me to train for a future position by switching between day and graveyard shifts. It was absolute hell on my body and patience, but in the end, it paid off. I'm now working graveyard shifts, but I can sleep more consistently, and on nights off, I get good chunks of time to draw by myself.

So what does this mean for Don't Be A Hero? Well, as long as I'm on break, and the holidays are busy, I've decided to take some time to finally build up a buffer of pages. At the very least, I'm trying to roughly sketch out the entirety of the rest of this chapter before I start posting again. Once complete, I can at least ink and colour it as I release it page-by-page, but for now, I want to see for my own eyes how the whole rest of Chapter 2 will take shape. I'm in the middle of the final upcoming action scene, so I'm gonna keep doing the best I can to flesh this finale out.

As for Chapter 3, I have big plans for a major story shift. My goal is to make the thing as condensed as possible. I do not want a super long scene like my first two chapters. I really do want to get this thing moving along at a faster pace. Unfortunately, the first two chapters' pacing was a result of my inexperience and being new at this. While I hope it's been an enjoyable read, I realize this element is the most important thing I'll need to work on, so I'm just bringing that factor to light.

I haven't set a definitive date as to when I'll return, but I wanted to let you all know that since my body has adjusted to my new schedule, I've been working hard in my spare time for the return of Don't Be A Hero (and Merry Christmas)! 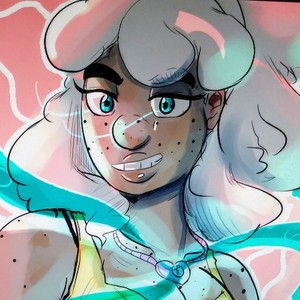 Sounds great! I know the finale will be something to see! Also the pacing isn't bad, it reads well going straight through, not too slow at all. Though it never hurts to work towards improvement. Merry Christmas to you as well! ^_^ 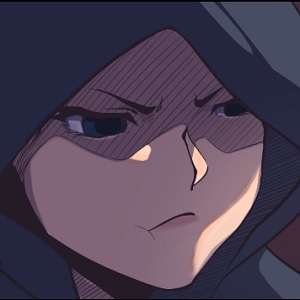 Great to hear :-) - But as always, dont push yourself and find a work pace that works for your situation best - i can wait longer on a page as long as i know you wont lose the fun creating your comic -- and i never thought your first two chapters where bad or overlong ;-)
Reply  to conversation

I know I'm on a bit of a break right now, due to my hectic and changing work schedule, but I wanted to show you this image I created last night from scratch, on my one night off. I pulled this off in about roughly 8 hours (this was in the midst of taking notes from some art tutorials on youtube to help me polish up certain aspects of my art) as a drawing exercise, since I hadn't had the chance to create anything in a week.

At the very least, this experience taught me a lot, both in terms of going back to basics and studying to sharpen my abilities, as well as showing me that if I can get on graveyard shifts consistently and get whole nights to myself to draw on my time off, that there is potential to get a lot done in those pockets of time. Hopefully, my art quality and speed can improve in time, but until I get more time to practice, I'll have to weather this job transition storm. I figured at the very least, I could give you all SOMETHING, since I haven't been able to work on full-fledged pages lately. 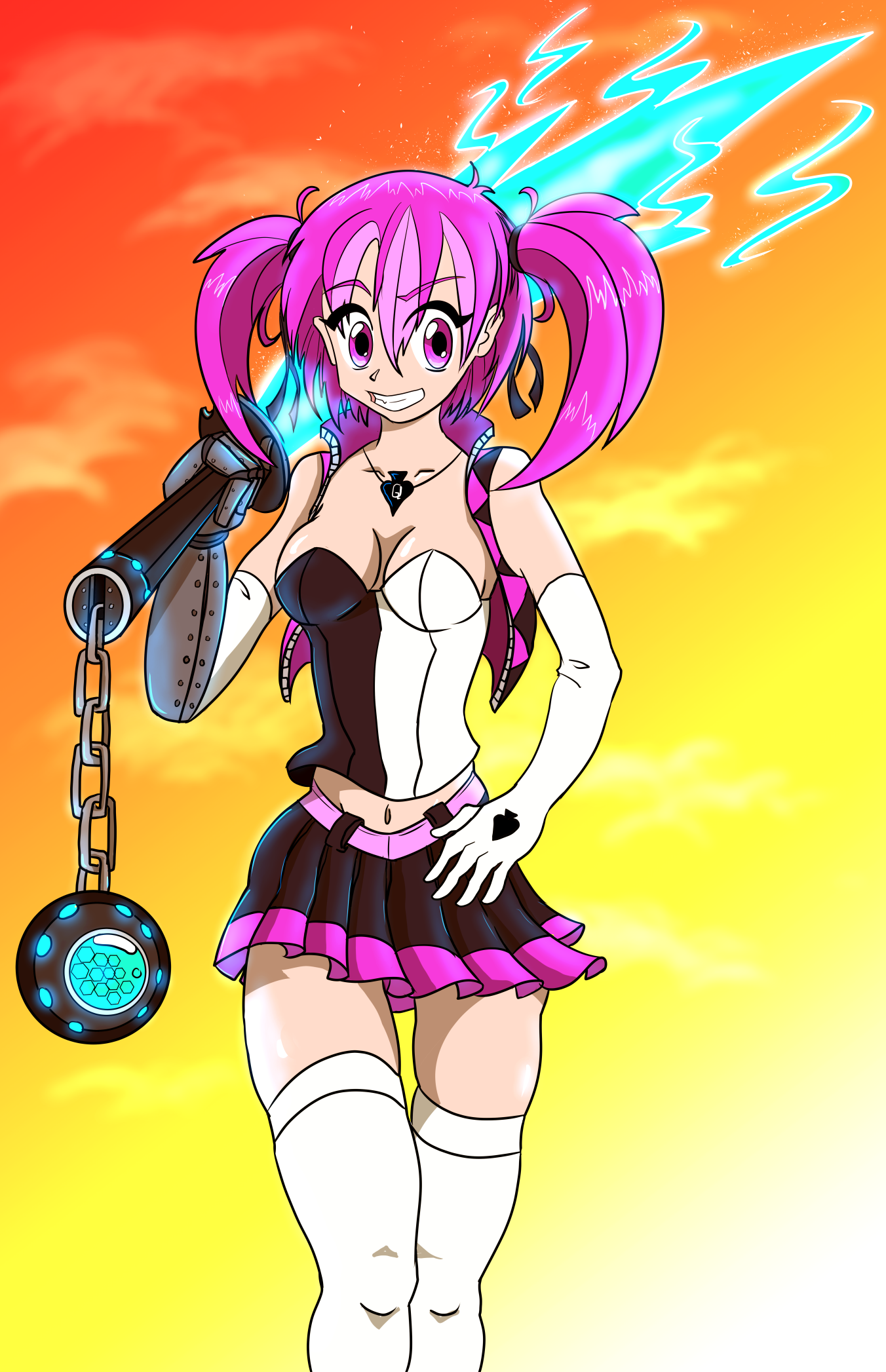 Looks good ;-) And i wouldn't worry much, with every page, with every drawing you are getting better (and believe me when i say i have seen artists who started with very basic skills and now are amazing, so never doubt your talent ;-) 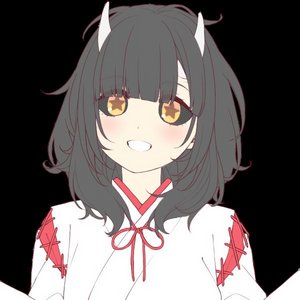 This is super awesome!! X3 I really love how you did the gemini's weapon (+ glow effect) and the background! 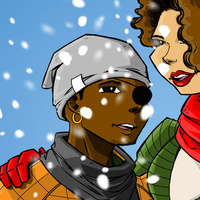 Cool pic! It ALWAYS helps to "go back to basics" from time to time to improve...you can sometimes find out about things that you were overlooking before. Just stay patient, handle your RL stuff first, and keep doing what you can with your work when you have the time & opportunity!

Thanks everyone, I was really happy to invest some time into making something that wasn't a comic page, so I'm really glad you enjoyed it! My pleasure~!
Reply  to conversation

Hey everyone, I just wanted to give you a much needed status update on Don't Be A Hero.

As you know, updates have been going quite slowly lately. This hasn't been due to any level of disinterest in the project, but mainly because of overwhelming changes to my life's schedule. As some of you may know, I took a hiatus earlier in the year due to stress/seriously needing to job hunt to support my family. The job hunt never went anywhere, but in the last couple of months, I have had the opportunity to advance in my company. I decided to opt for aiming to take on the graveyard shift. That way, I can work when my family is asleep, sleep while they're at work/school, and be awake while they're home. The only catch is that I've had to do intense training, flipping between my old position, as well as evening shifts to prepare for graveyard shifts. I've been working some graveyard shifts lately as training, but I have to flip between day shifts and shifts that go from midnight until 8:30am. Needless to say, it's been extremely exhausting. But my end goal is to only work graveyard shifts and have a steady sleep schedule.

Once I'm on that track, I'm hoping that comic production can increase. I've barely had any time to myself lately, as most of my moments are consumed by family/sleep/work. Not to mention that my next page is a gargantuan undertaking, in terms of scale and detail (I'm hoping to finish it by Halloween. Seems to fit in with the theme).

I really do have to thank anyone willing to stick around through the slow updates. I'm naturally a slow artist. I'm passionate about what I do, but I need to put in as much effort into each page to be satisfied by my end product. If anyone has subscribed expecting a multitude of updates, then I'm sorry, as this comic won't be for you. But if you have the patience to stick with me, I'll do my absolute best not to let you down in terms of quality when new pages are released.

Just do what needs to be done. You've got one reader who will stick around in me..!

Feel free to work at whatever pace you like, dude. No matter what, me and everyone else will keep sticking around and supporting ya.
Reply  to conversation

Hey everyone. I've got two pages (Ch 2: Page 12 and 13) posted for this update. Hopefully you will enjoy what happens. I just couldn't post only one page for this update, or the next would have been an agonizing wait. Thanks for your patience. I feel that I'm getting faster at creating pages now, since SOMEHOW, I created Page 13 from scratch in the span of one day. That's crazy good time for me to be making. 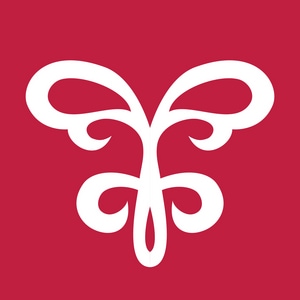 congratz , keep it up :D 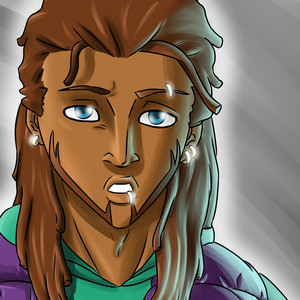 full colored page in one day is really good!! You must be exahusted
Reply  to conversation 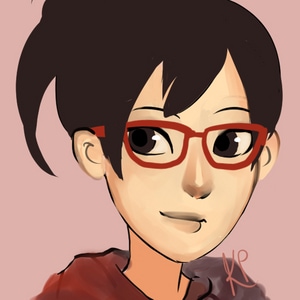 Thank you for subscribing! :3 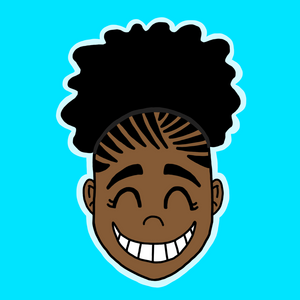 Hey Greg! Long time no see! How've you been?

Hey, I just want to say that I'm really sorry for not posting here. On my wall, I explained my absence, and I do feel bad.

Also, I gotta catch up on the reading! I looked through your work and you're doing an amazing job on the story and characters! Keep up the great work.

But yeah, I just stopped by to say hi and hope you're doing well. I will, and I mean I WILL, get Cryptic Yume back up and running this year!

Hey Porche, I've been pretty good, art-wise. It's alright, I understand your absence. You said you had family to take care of, right? That's an extremely important reason to be absent. Thanks for catching up with the read, I'm glad to see you're still enjoying it. That sounds awesome that you'll be getting Cryptic Yume back up. I hope all goes well for you too, and hopefully I'll see you around more this year.

I'm glad you're doing well, Greg! And thank you for understanding. Yeah, life can get pretty tough... especially when helping a family member. But at the same time, I'm truly grateful to be there for them.

And you're very welcome! Man, your comic is coming along great! You and others have been my inspiration to move forward on my work too. ^_^

Thank you again and I hope to see you and the others as well! Stay awesome.
Reply  to conversation 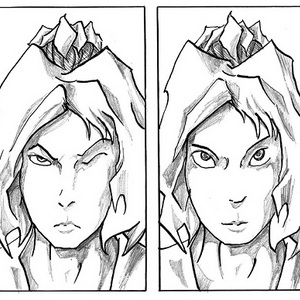 Thanks for liking muh pages, you are a nice human and you made my day that much brighter :3

You're welcome, and thanks to you too! I'm glad you enjoyed the read.
Reply  to conversation 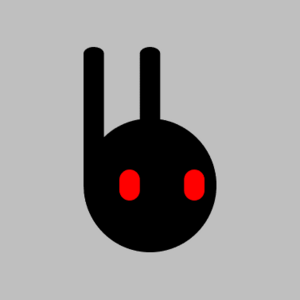 Thanks for the sub :D
Reply  to conversation 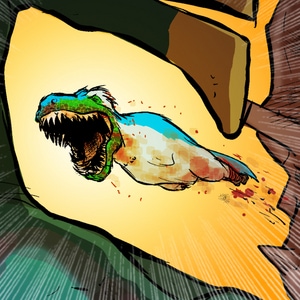 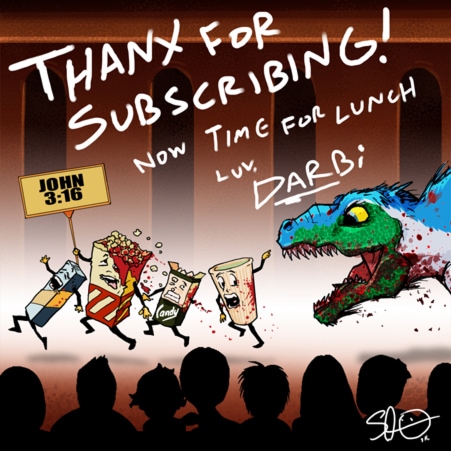