Hi, I'm James, I have a bunch of weird ideas, these are either comics I have made myself, or have used my small team to develop, all ideas are my original concepts, I have the artist's permission to publish these. I have developed a team of myself, a writer (Connor Farrel), a few friends and colleagues, and an artist (Frost Llamzon) to help make my visions come to life.
I have many story ideas I'd like to share and bring to life. My primary comic is Mercenary Gu, a comic series about a brutal alien mercenary and his various adventures through this strange sci-fi world I have created.
I have more potential stories I'd like to get produced, if I get more funds I may begin on a secondary series. 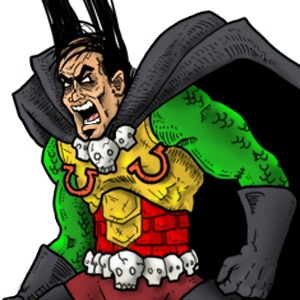 Thanks for the sub! 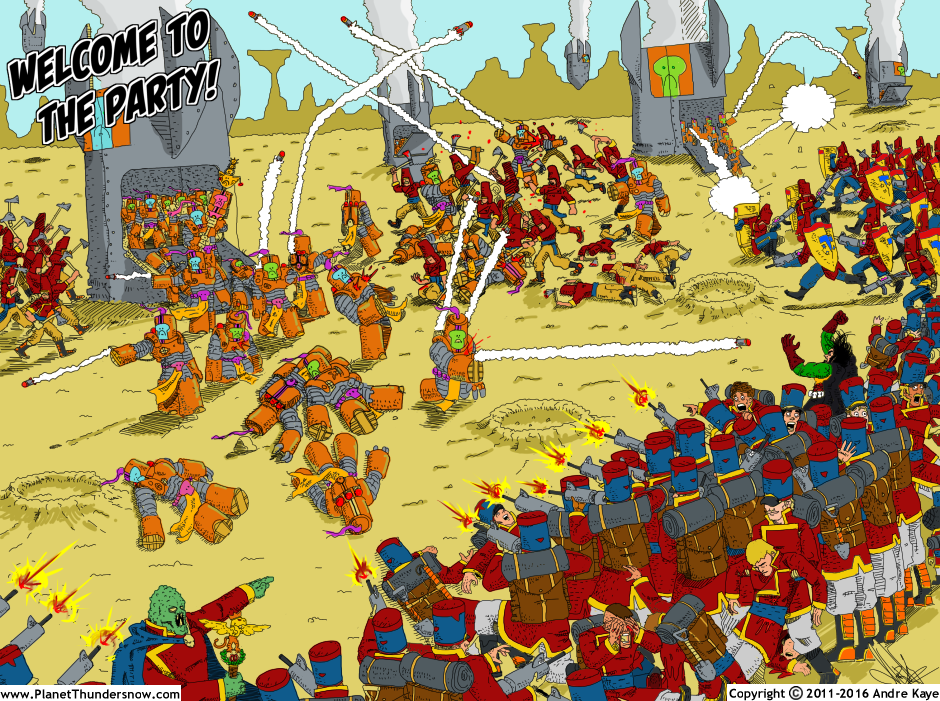 No problem, your comic is genuinely great!
Reply  to conversation

Hey dudes and dudettes, they have enabled the ability to TIP on the Tapas App, if you'd like to see more Gu or more Mountain's End feel free to send a tip my way! If you're more partial to one series than another, let me know so I can allocate my budget accordingly.
Reply  to conversation

Hi James L., glad to have you on board! Thank you so much for being a pal by subscribing to 'Lost Flight 1313', an AoftheA story! Each reader and subscriber galvanizes me and my partners to continue doing our best for the series. Keep an eye out on the main AoftheA page for new content every Sunday! The series you subscribed to will also be regularly updated every third Sunday from the time it was last updated. Once again, thank you! 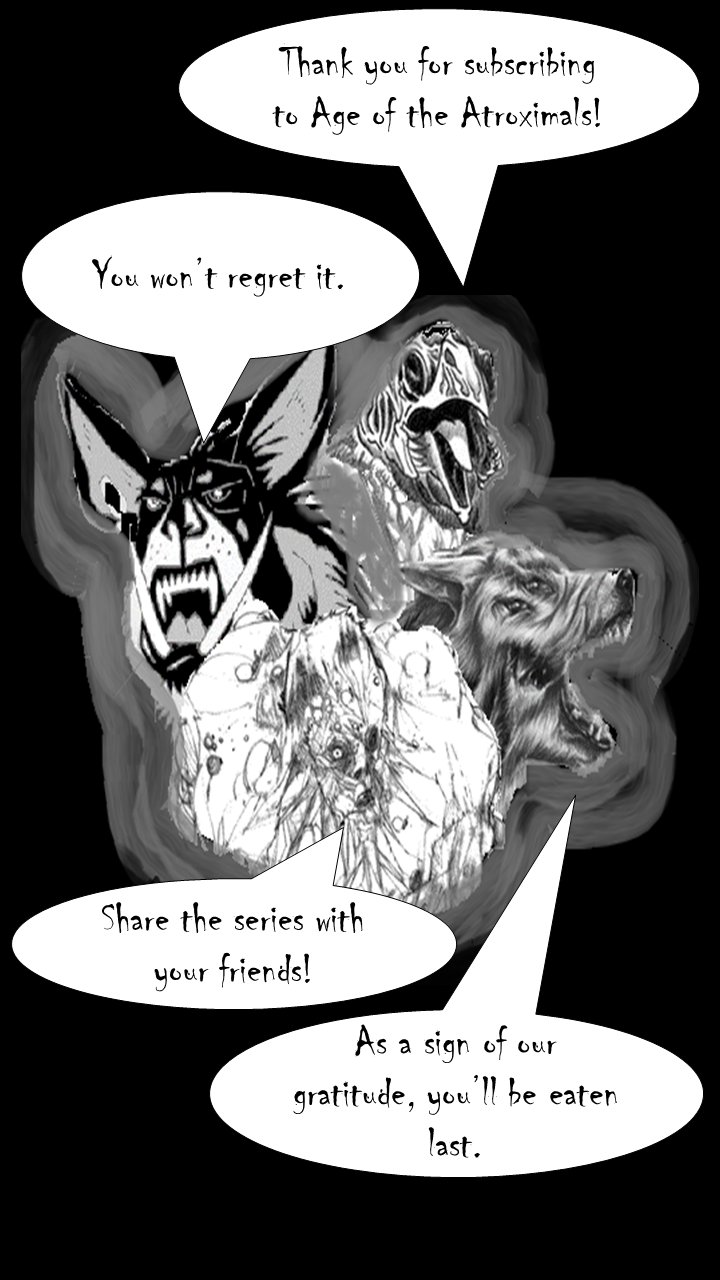 It's no problem dude, I actually really dig the art style it's the deep shading and simplistic color palette that gives it a unique style. I wish your series the best.

Thanks, same with yours!
Reply  to conversation 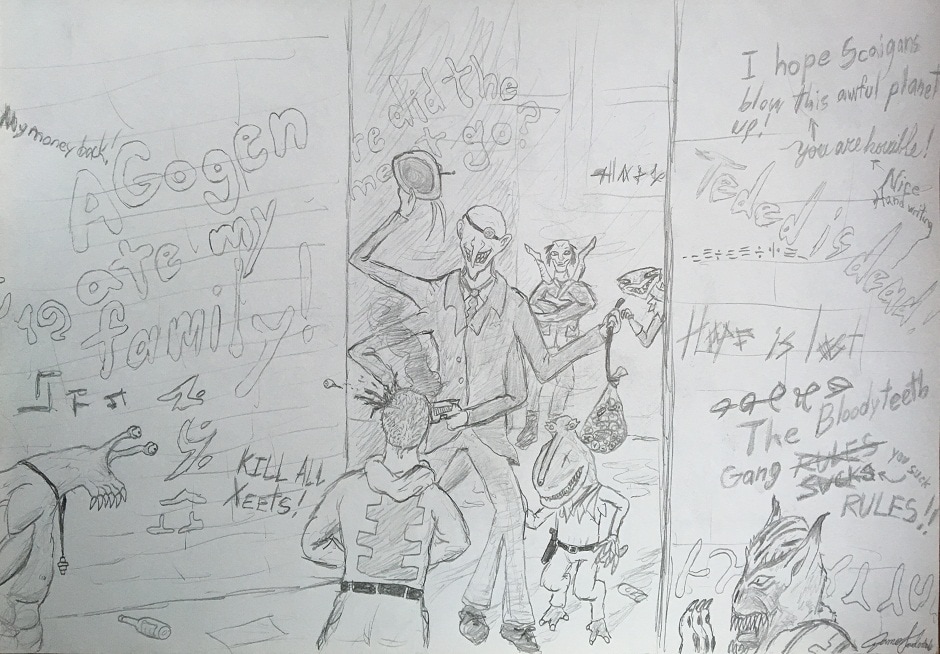 thanks again for liking my concept art, this is a shady scene of an eye obsessed gangster whom coincidentally is from a race that has no eyes, gouging out the eye of a poor bloke who didn't pay his debts. THe four armed eyeless alien is a Reed, the three behind him are a Xeet, a Malurian, and the one tugging on his pant leg for attention is a Byvatt. In the foreground we have a Stoomon to the left and an Atarus to the right.
Reply  to conversation 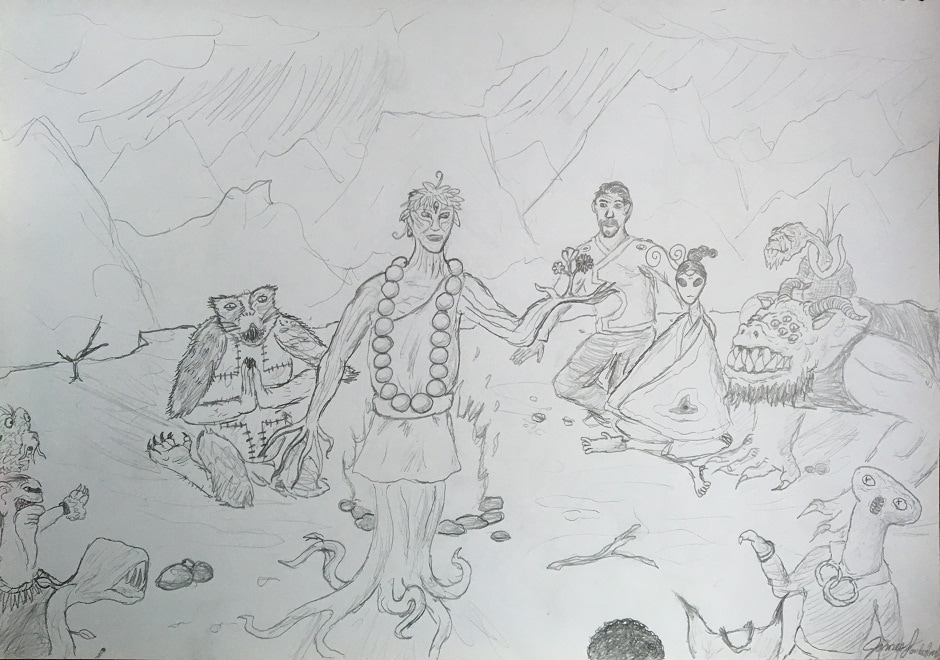 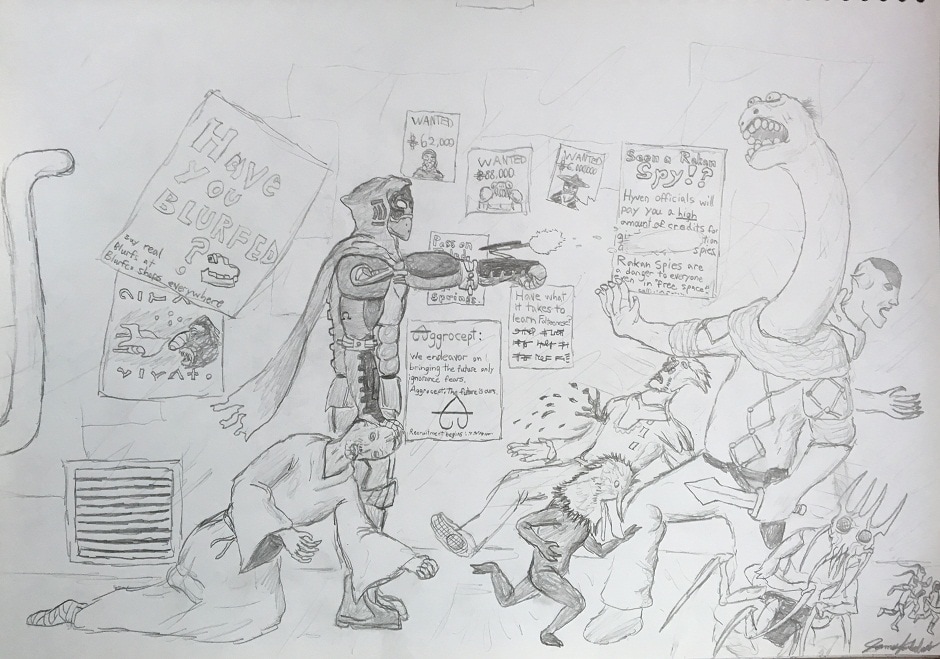 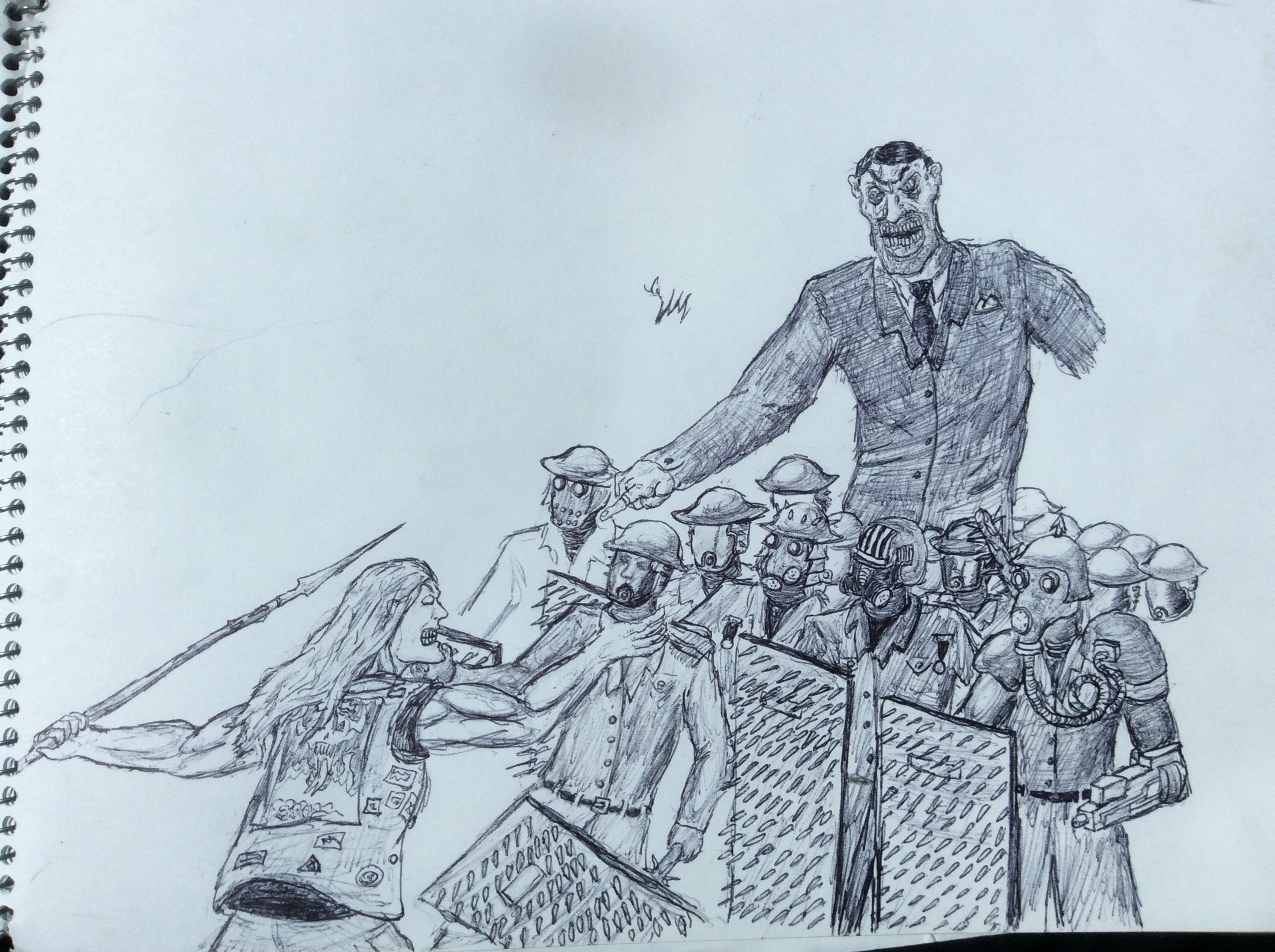 Thanks, this is a pick of one of the factions in the Mercenary Gu series. They are called Aggrocept Inc, which is basically a huge corprocractic empire that spans multiple galaxies. Aggrocept Inc is one part monopolistic company and one part galactic empire, their employees always have duel positions, like "Sales agents" are literally sales agents trying to convince other galaxies outside of Aggrocept's privatized space to buy their products and services all the while collecting data secretly as a secret agent as well. In the picture it conveys Aggrocept's private army secuirity officers with an Economancer (a genetically enhanced super-being whom also have large sway over the stockmarket and valuations). The person rebelling against them is a Metalicus a person who hails from an entire planet ruled by metalheads whom had settled there.
There are other major factions in this universe as well such as the Scaigan Empire, the Hyven Empire, the Rakan empire (these three empires are locked in endless war) and the IGU the Intergalactic Union which is like the typical federation type deal you see in most sci-fi stuff. There is also free-space and neutral space as well and other small empires (though small empires merely span a single galaxy or two. You can find more lore here: http://forums.tapastic.com/t/what-alien-races-do-you-want-to-appear-in-my-comics/11438

from the top to the very bottom of the thread details summarizations of the 200 alien races I've created thus far.
Reply  to conversation 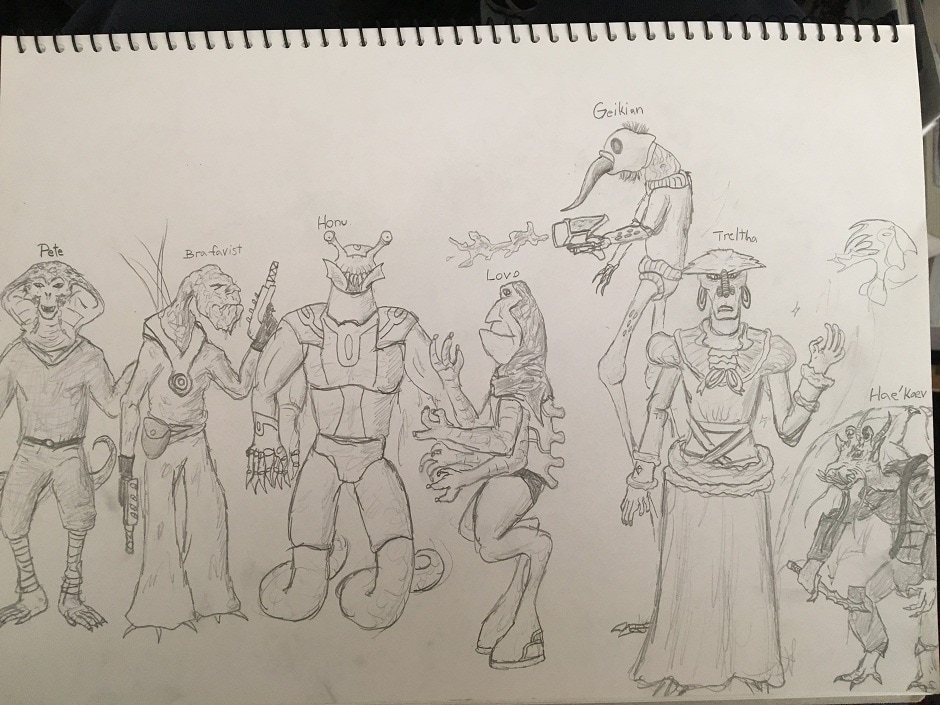 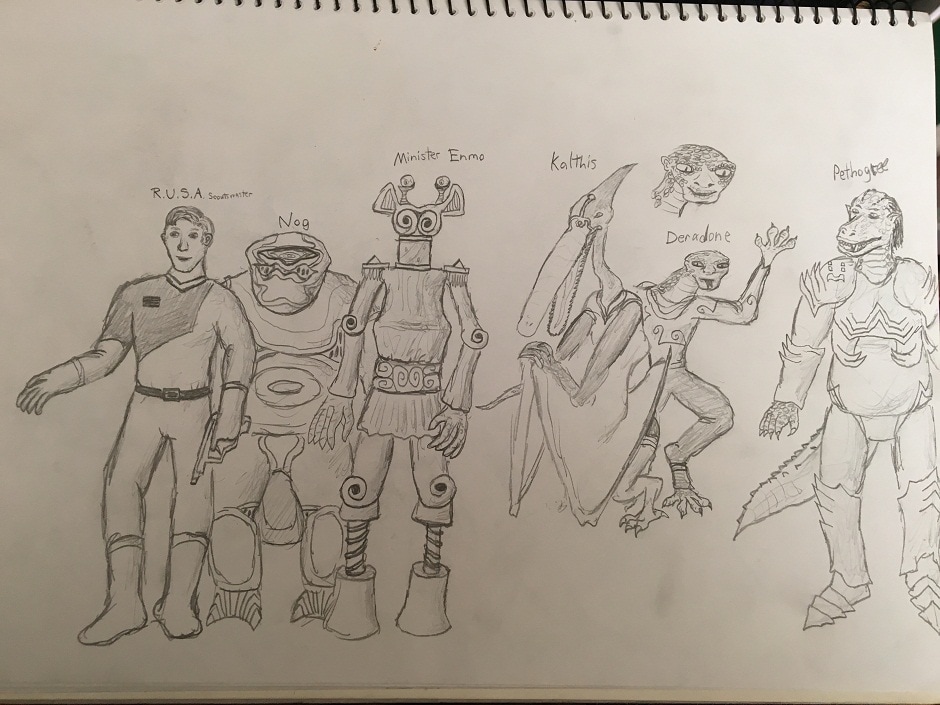 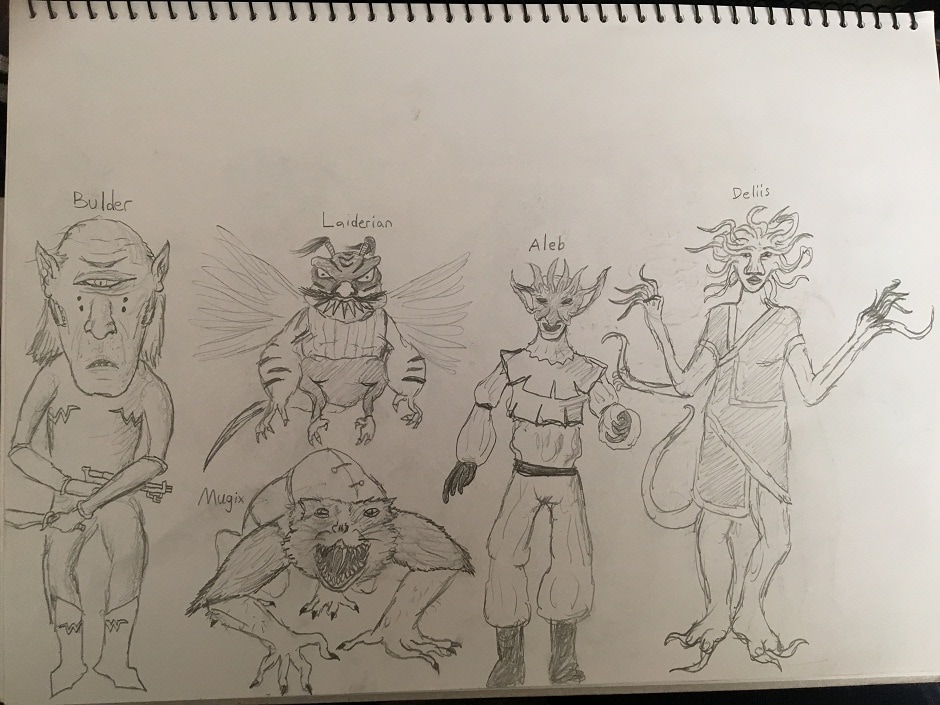