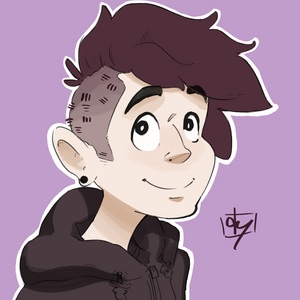 I'm a 21-year-old animation major with a love of story-telling and drawing.

Heyyy It's been a while since I've been active on here. I'm not ready to get back into comics just yet, but I have a lot of ideas in mind. I really want to revive Mistletoe and have that finally finished out by next Christmas. Art style might change a bit, but that's okay. Been working on my Senior Film for a while but once that's done I want to get back into working on my stories.

So yeah I'm not entirely sure when the whole comic will be done. Moving forward with my plan of uploading a new section every couple of days or so.
Reply  to conversation

Hey guys- long time no see. I've been getting back into doing comics, and I have a few ideas in mind that I want to get underway. First on the roster is a Christmas story that I've been meaning to do for a couple years now. "The Gift" is a continuation of a short film I made in college, and follows a magical entity named Winter as she travels the world bringing guidance to those who need it during the holiday season. I don't think I'm going to be able to finish it before Christmas, so I'll just do it in parts (hopefully before new years)
Reply  to conversation