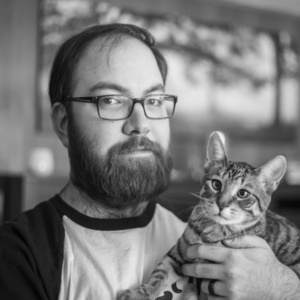 At the ripe age of 34, he started going through his first transformation. The first of many folds that would lead to his true form.

Just wanted to give you a brief update on where I am right now. I am officially picking up the sword (pencil) and working on Two Coins again. I am trying to transition art and writing into a full time profession. Or at the very least, upgrade from hobby status. I aim to start doing art related streams on Twitch and plan on having a wider array of physical art that you can purchase. I even have something of a business model in mind for self-publishing (but it's definitely in the skeleton stage right now).

My primary focus right now is to get art to you as quickly as possible. So stay tuned.
Reply  to conversation

Wow, it's almost been an entire year since I last updated this. You guys still with me? How've you been?

I wanted to take a moment to tell you where I have been; and more importantly, how I've been.

In the last year, I separated from my wife, lost my job, moved out, dated a girl, found a job, moved to a new home, broke up with the girl, filed for divorce and lost another job. All in all, I've actually been really well. I've made a concerted effort to work on myself and really learn how to deal with my mental health... things. (I don't want to call them issues, cause that implies they're bad and need to be fixed. I don't think I need to be "fixed". I just need to learn the pattern of behavior and work on it.)

So needless to say, I've been a bit preoccupied. Things are finally starting to slow down a bit and my little writer brain has been working overtime. I have a lot of new ideas and stories I want to share. I've also been streaming on Twitch for the last year or so. I'm the sidekick to an old pal of mine who goes by the moniker SpaceManRed. We stream together on Monday's and Wednesday's so feel free to come check us out!

So what's the point of all this? Will I have content coming out soon? As it would happen, I've been working on the next chapter of Two Coins again so there will definitely be new pages coming soon.

Until then, take care my friends.
Reply  to conversation

I just wanted to share a brief update that Two Coins chapter 9 is completed and will be coming soon. I have to figure out internet on my new computer in my new office... Once that's done, it'll be good to go. Aside from that, Chapter 10 is well on its way, so stay tuned. :)
Reply  to conversation

What a year it has been. Like all of you, I've been trying to adjust to life in a COVID-19 world and it hasn't been easy.

I moved back in August and took an extended break from comics. Feeling fatigued and overwhelmed by everything, it was needed. I've made some decisions during my down time, so today I would like to share those decisions with you.

First and foremost, I've decided to put everything aside and concentrate on one comic at a time. I thought I could alternate between two comics, creating one chapter at a time. This worked, for a time. For right now, it does not.

One of the biggest issues I ran into was splitting the mental capacity between the two books. At my old job, I was practically on autopilot 90% of the time, so it was easy to put thought into other things. At my current job, I'm using way more mental power and physically moving around a lot. So when it came time to write a chapter, I had the hardest time even thinking about it.

Fast forward a few months and I've basically written the rest of Two Coins in my head (from here to the end), and since it's going to be a shorter series, I figured it made the most sense to focus solely on it. So that is what I will do.

This means Evangeline will be going on a brief hiatus while I finish that series up.

I've also been planning a new, shorter comic and the direction has me really excited. Since it's not a priority, I'll be working on it off and on, so it may be a bit before it sees the light of day. But just know, fun things are coming.

For now, that is all I have to share. Stay safe out there. :)
Reply  to conversation

Hello friends. I've finally found the time to upload the latest batch of pages for Evangeline. I recently moved and started working again, so that ate up so much of my time.

Note: I have decided to stop writing descriptions to the pages I upload. I did it with the hopes of increasing reader interactivity and it seems to have no aided in that. It's very time-consuming and doesn't seem to be worth the effort.

I'll soon be starting to sketch out Two Coins next chapter, so hopefully it won't take me 5 months to complete that.
Reply  to conversation 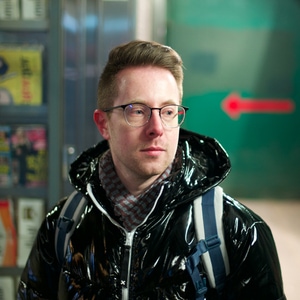 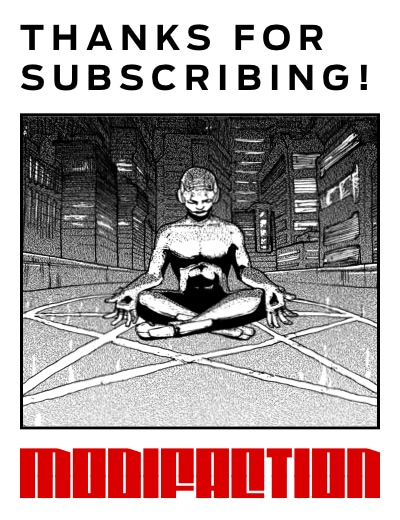 Oh boy, it's been a long while.

As per the previous update, I have worked out most of the issues that were preventing me from continuing my work. I am no longer employed with the company that was mistreating me and am happily hired and learning a new job as we speak. The rules of the office are a bit different here, so my production may be a bit slower than usual.

I recently finished inking the latest chapter of Two Coins (yes, it took me 3 months to finish this because of the work issues I was facing). It's been scanned and I have to edit and eventually get it uploaded. I'm trying to adjust to life at a new job, a wife who is now off mat leave and a baby who is quite rambunctious so please bare with me while I find my footing.

I have planned out the next chapter of Evangeline and will begin production on it shortly. With all of this in mind, it'll be a slow slog to get everything back to the way it was and until further notice, I will be uploading on a two-page-per-week basis instead of the previous 3-page-per-week. This'll give me additional time to get pages completed and uploaded without any pauses or breaks in story telling.

I really appreciate your patience with me during this transitional period and I hope I can get new content to you as quickly as possible.
Reply  to conversation

So I know I promised to have new pages of Two Coins available for the beginning of January. The way things are going, that likely won’t happen. I’ve been feeling an immense amount of pressure in the last few months, to the point where I was beginning to have anxiety attacks. That’s just scratching the surface. I’ve spoken to my doctor, I’ll be on meds for the foreseeable future and am officially on stress leave from work. Fear not, I tend to bounce back pretty quickly.

That being said, work is where I get most of my artwork done. While at home, I’m spending time with my wife and taking care of our 9-month-old so there really isn’t much time during the day to get stuff done.

I apologize for making you wait but I feel my mental health is top priority and I want to get that under control before anything else. I hope you can understand and as always, thank you for reading.
Reply  to conversation

I recently ran out of pages for the comic Two Coins and have been tirelessly working to create new pages for you. I've also been dealing with a lot of stress, depression and migraines, so production has been a bit slow. At this junction, I have 20 pages penciled and will soon begin the inking process. This however doesn't give me a lot of time to get it all completed and uploaded before the new year. That being said, the new pages may or may not need to be delayed. I'm working my butt off to get them done. Given that it's the holidays, I have that working against me as well. Even if I can get Two Coins done by the end of December, it'll only give me 1 month to get the next batch of pages done for Evangeline. The point is, I'm under a lot of pressure and will get new content to you as soon as possible.

Don't forget, I scheduled pages for my first comic, the Tempest Moon, so there will be guaranteed content coming your way.

Merry / happy what-ever-you-celebrate and have a safe and happy New Year.
Reply  to conversation

As mentioned in my previous post, I was considering posting the chapters of my graphic novel here. The poll showed me that people are still willing to buy a book, even if the content is available somewhere for free.

With this new info, I have officially scheduled posts for the series The Tempest Moon, here on Tapas. I will be releasing chapters in bulk on the first Monday of each month. Following this model, I have the series scheduled until January 2022.

This series is very raw in terms of it's art. Everything I know about page layout and art direction was all learned through this comic. I learned a lot about story writing, pacing, dialogue conversation and so, SO much more. This comic was intended to be a "practice" comic for a much bigger project and was never intended to be this long. This comic turned into a beast of it's own. You'll see a clear growth in art and storytelling as the pages come out. It's a growth I am extremely proud of and I'm very happy to share it with you. Keep in mind when you start reading the first pages that this was all drawn in 2009, when I barely knew what I was doing. I barely know what I'm doing today, but I'm a god damn rock star compared to 20-year-old Chris.

Anyway, enough of the boring stuff. If you're curious about the series, you can preview it on my website: https://projectanonymus.wordpress.com/thetempestmoon/

I hope you follow along and enjoy this weird story I've created.
Reply  to conversation