“Screw you!” Sylvia shouted. The alluring scent of meat sizzling on the grill made her stomach growl with anger.

“You owe me from last time!” She stood in front of the truck’s window, with a large sweater and a baseball cap shielding her eyes from all the bullshit the city had to offer.

“Look, no one forced you to help me out. But you did.” Bob, the crappiest vendor in town, shrugged and looked at the customer next in line to his crappy hotdog truck. “Now step off.”

Clenching her plastic bag that held one sad sandwich Sylvia swallowed the urge to wreak havoc, hoping that would make her feel full. What did I expect? Why do I even bother with helping anyone? “Do unto others as others do to you.” What a load of crap, she scoffed.

A cat sat watching the sunset bathe the city in orange hues from on top of a back wall in an alleyway. It’s tail swished from side to side arrogantly. The dog down below barked at it in frustration as the cat yawned happily. Demons from hell, that’s what cats looked like when they yawned, Sylvia thought and she made her way towards the two. “Hey!” She greeted the feline beast as she jumped up the wall. The cat let out an unearthly shriek and leapt into the sunset never to be seen again. Sylvia grinned victoriously. “That’s what you get for being a tease.” The golden Labrador was happy to see her like he always was. “WhAt’s uP BUdDy?” Sylvia asked him in that obnoxious voice people use to talk to their pets. Buddy waved his tail expectedly and gave her those puppy eyes she could never resist.

She reached into her plastic bag.

“Here you goOo.” Buddy chomped down on her sandwich and chewed on it like a good boy. Sylvia sat down next to him, envying his carefree attitude. Rubbing behind his ears she decided to tell him the conclusion she came to in her young adult years. “The only way I’ll get anywhere in life is if I start looking out for myself, and myself only.” Buddy licked his chops with blissful ignorance. “So from now on, no more helping others.”

It was already night by the time she made it to her street. Walking down the sidewalk she heard her stomach cry out again. Guess I’ll have cereal for dinner. She cried internally. The one good thing that came out of today was her new plan. Her resolve to only watch out for herself. That’ll be easy. It’s not like I have anyone else to take care of. She turned to her alley and leaned against a wall. Her gaze falling to the floor. “It’s not like I have anyone to take care of me.” She muttered.

Something dark on the ground caught Sylvia’s attention. What is that? She squinted, It looks like... blood. She swallowed fear this time and took a step forward, examining what seemed like a puddle of blood in the middle of her alleyway. No, wait... it’s blue. Feeling more at ease she took cautious steps forward. Sylvia followed drops of blue..."paint” that sometimes resembled the shape of a foot print. The trail was getting exceedingly close to her apartment. “I swear,” she stated out loud with annoyance dripping from her words. “If this leads straight up to my door I’ll -"

“Please don’t scream.” A low, throaty voice politely asked. Although, It felt more like demand because of the freaking gun pointed her way. It looked like a gun anyway. More sleek, with silvery casing that looked like blades and something red glowing, pulsing at the top of the grip.

She looked down at the hooded man in front of her who sighed in relief. “Thank you.” He was slumped down on the ground, but even in that position she could tell he had a bigger build than average. His left hand was gripping  his side, looking closer she could see the blue liquid seeping through his light coat. Is he injured? So it was blood... Sylvia noted. He lowered his right arm to rest on his knee, the weapon still pointed at her.

“Here’s the deal.” His voice sounded less hoarse and more velvety now. “You go home and forget about our little meeting. I don’t shoot you and remember this night fondly as the night I didn’t have to kill anyone.”

It took her a while to find her voice again. “I’d love to” Sylvia answered barely audible, “But you’re kinda blocking the door.”

The hooded figure looked behind him at the door he was leaning against. “Oh...” was all he could manage. “This is where you live?”

“I thought you just made one.”

“This one’s better” the man grunted as he stood up. The blue blood dripped onto his boots as he used his left arm to prop himself up. “New and improved.” He continued. “You let me in and then I don’t shoot you.”

Sylvia gaped at how tall he was while still slouching. She took a step back. “I liked the one where I forget all about you.” She said hopefully.

“Yes well, that’s a bit hard to do if I’m bleeding out on your doorstep.”

The gun was lowered to the man’s side as he looked into Sylvia’s green eyes. That’s when she noticed something was off about him... his face. She could barely make out his eyes, but they seemed completely white.

Oh no Sylvia really didn’t want to hear the rest of his sentence. 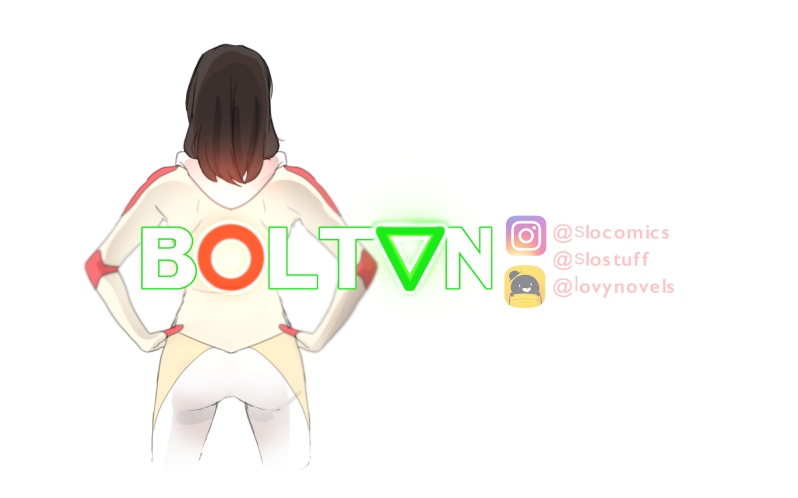 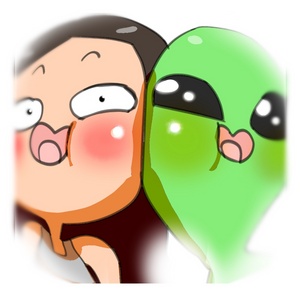 Hey guys! So I've had this story in my pocket for a while now. I've always planned on making a comic out of Bolton but I could never really capture the characters the way I saw them in my head. Time was another issue that kept me from drawing the story. So here we are! I hope Bolton will do well as a novel. I'm so so sooo excited to bring these characters to you. I love them very much and I hope you will too. 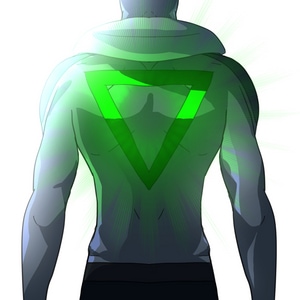 They say your twenties are your golden years. Try new things, meet new people, get abducted by aliens, fall in love with a freelance private investigator/bounty hunter/hired gun from outer space and of course, be forced to start your new career as a patrol officer for the Milky Way galaxy. Did I leave anything out?

Meet Sylvia, your average struggling young woman who does none of the first two things I listed above and does way more than just the last three.
Subscribe 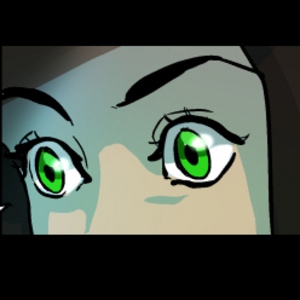