Bakugan. The secret of origin 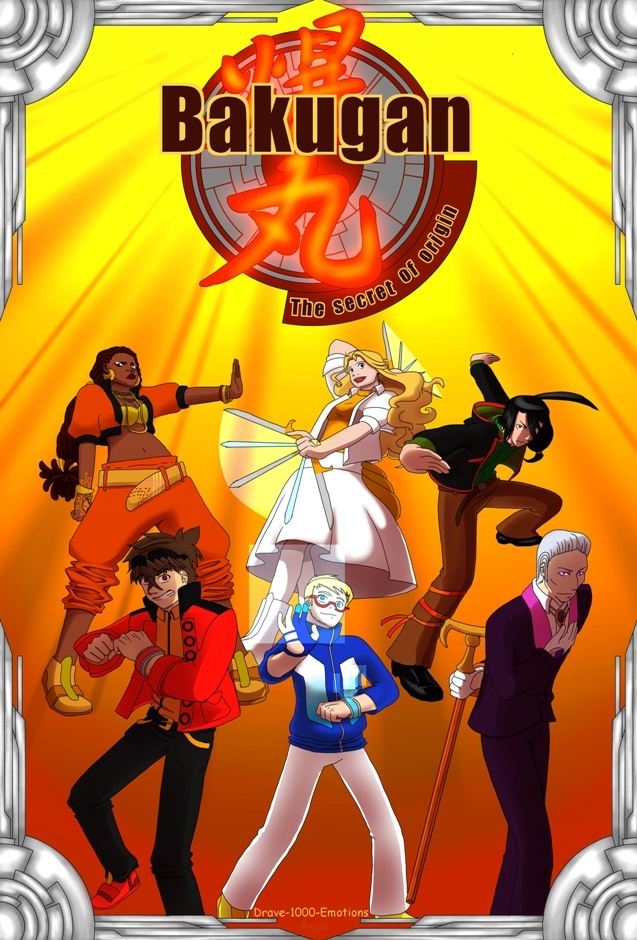 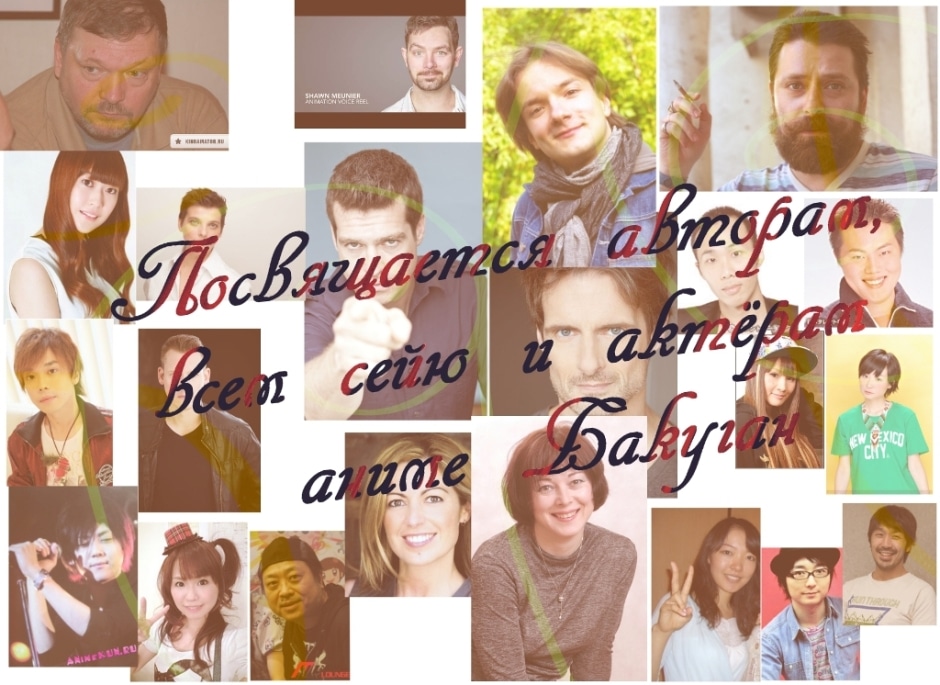 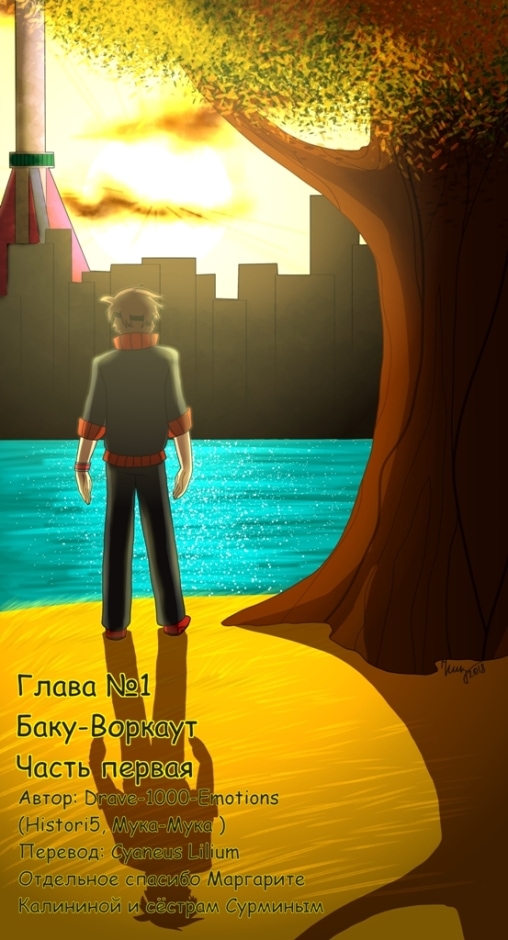 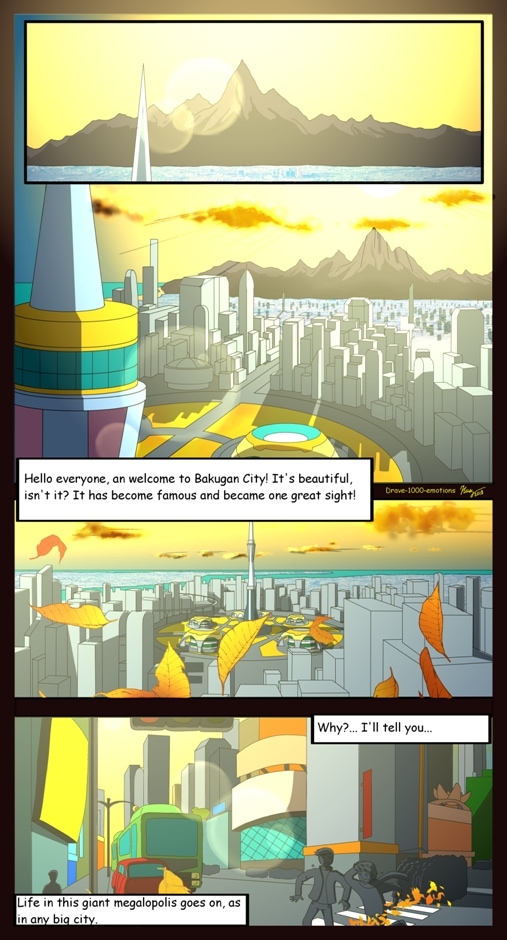 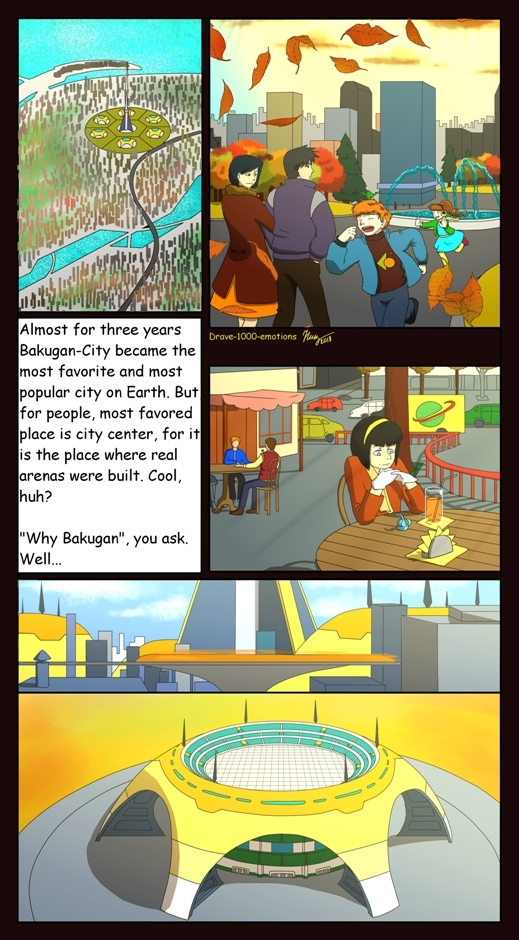 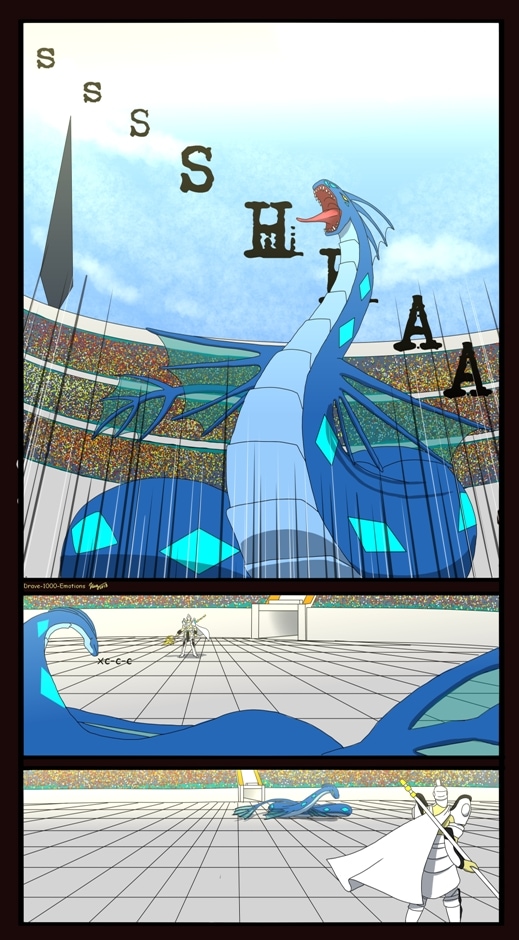 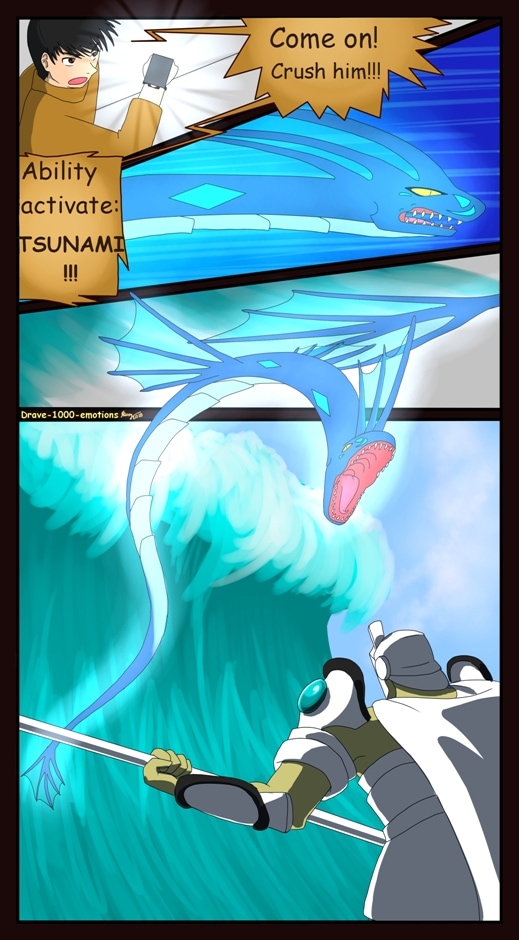 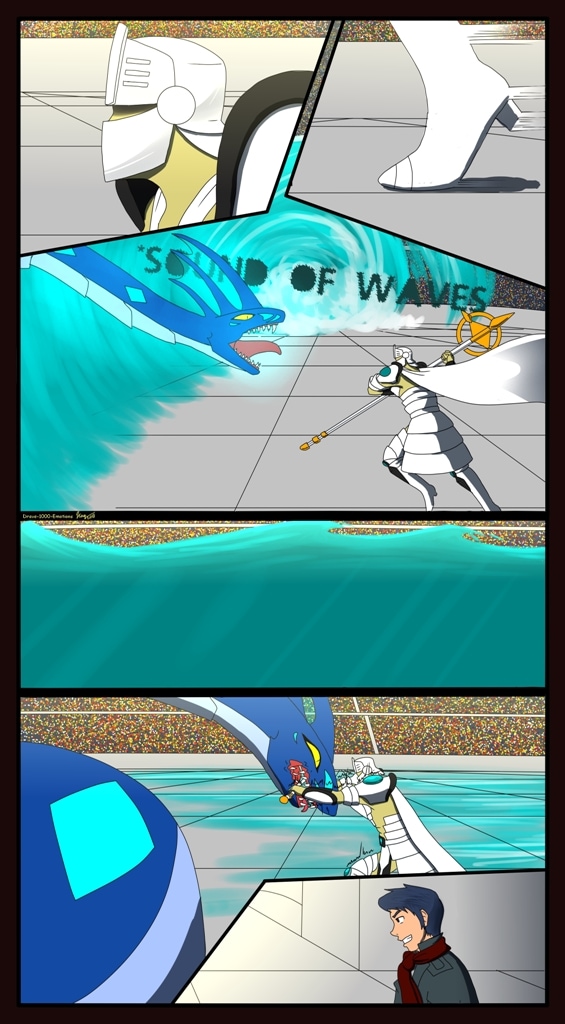 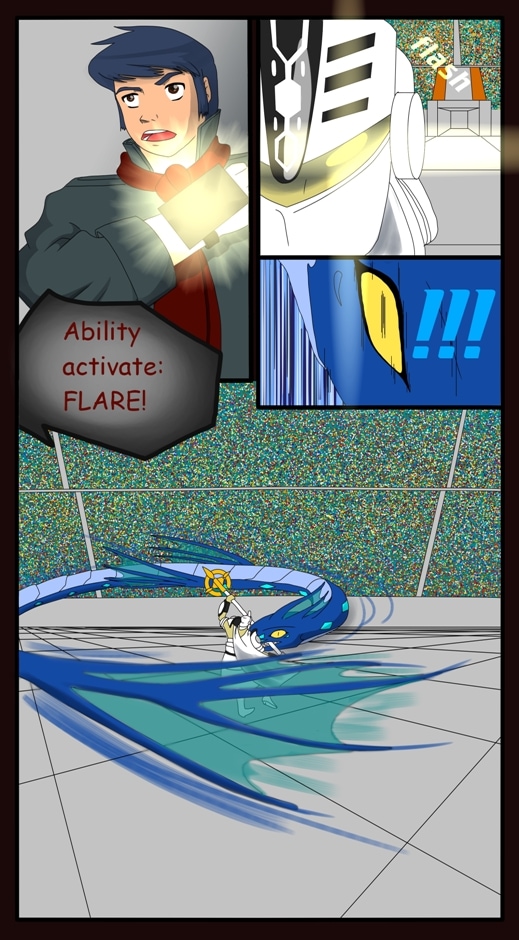 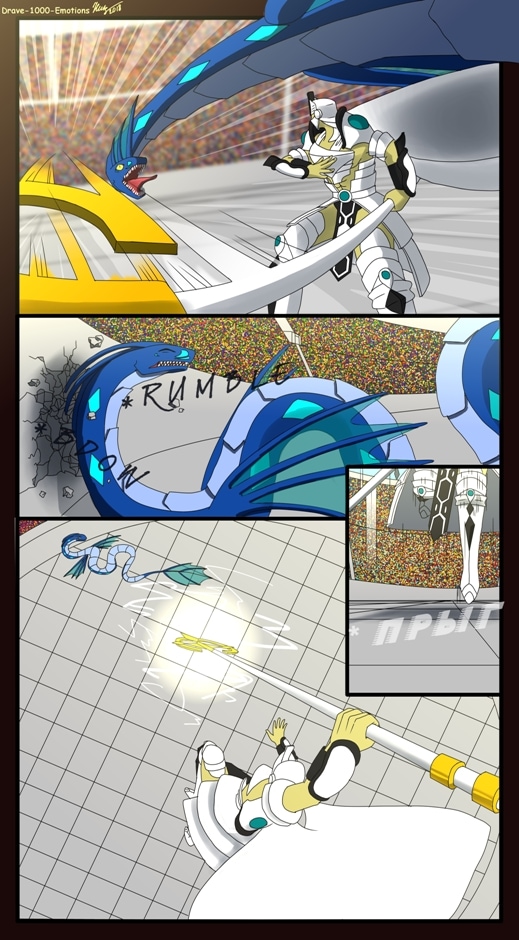 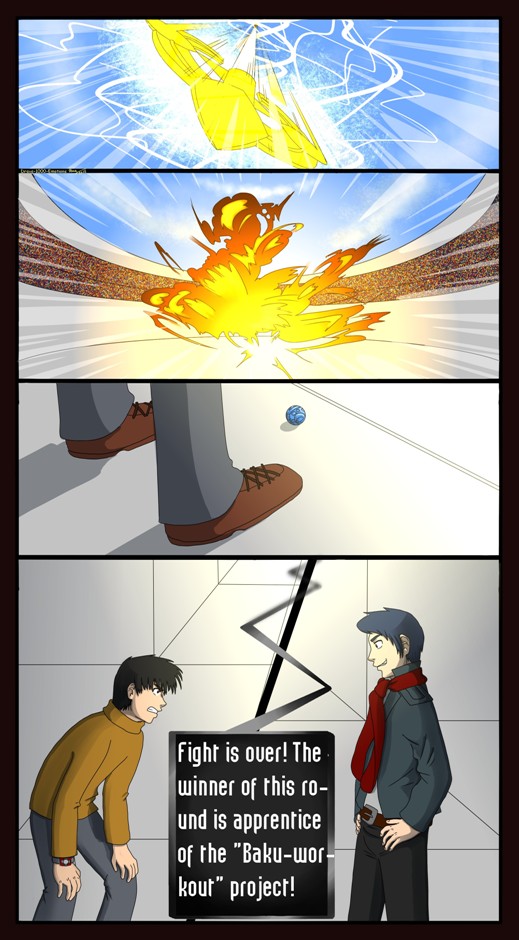 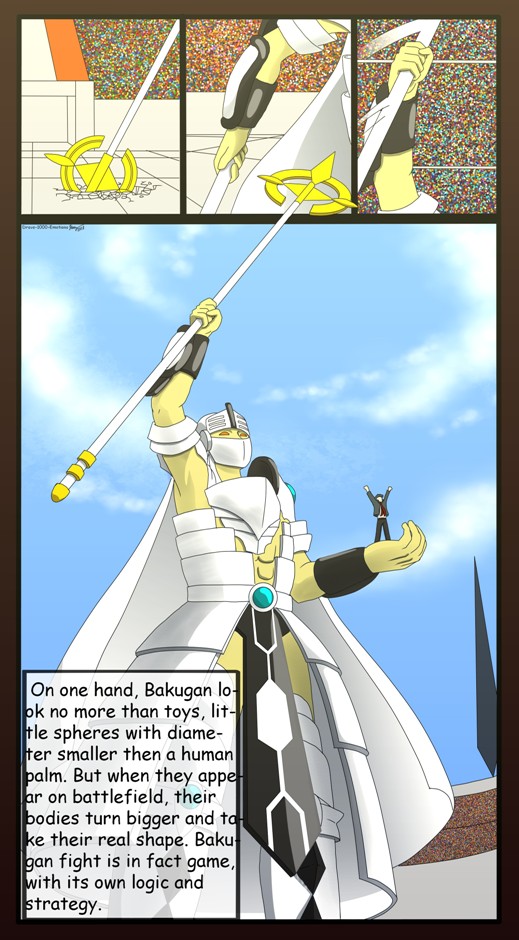 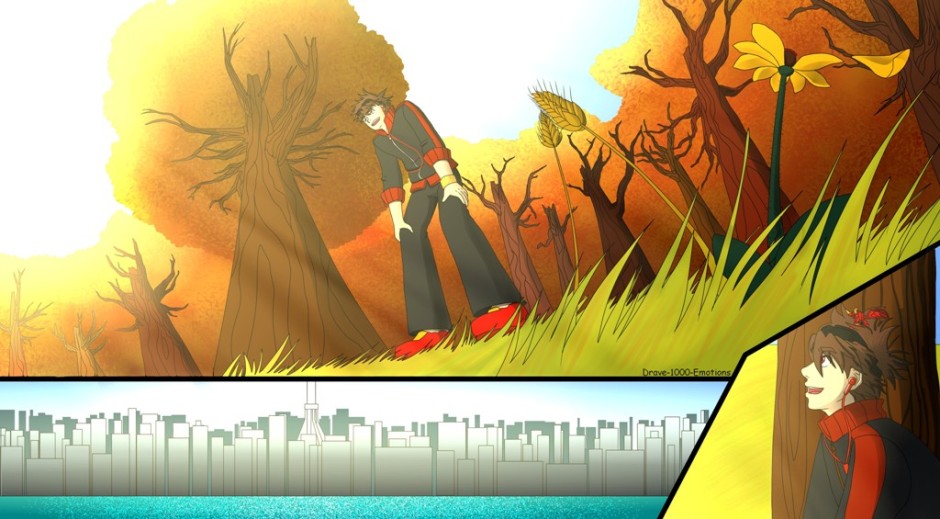 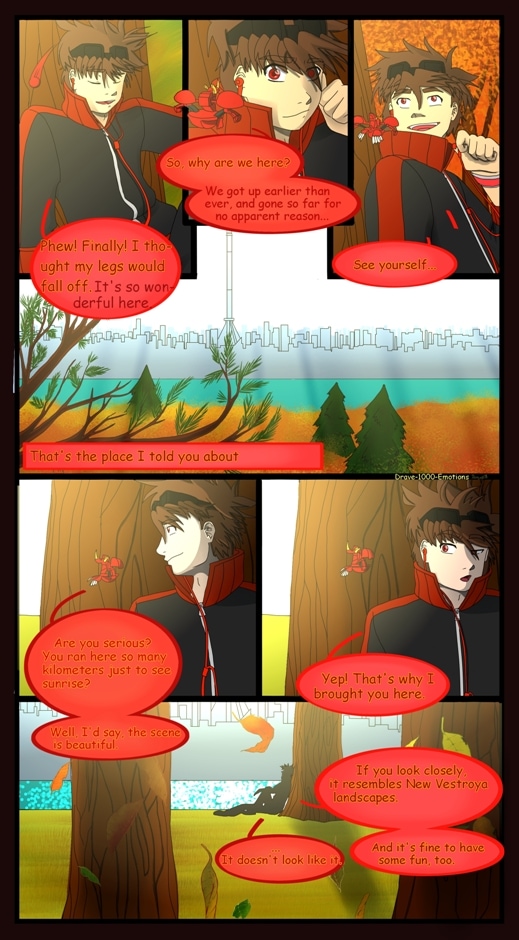 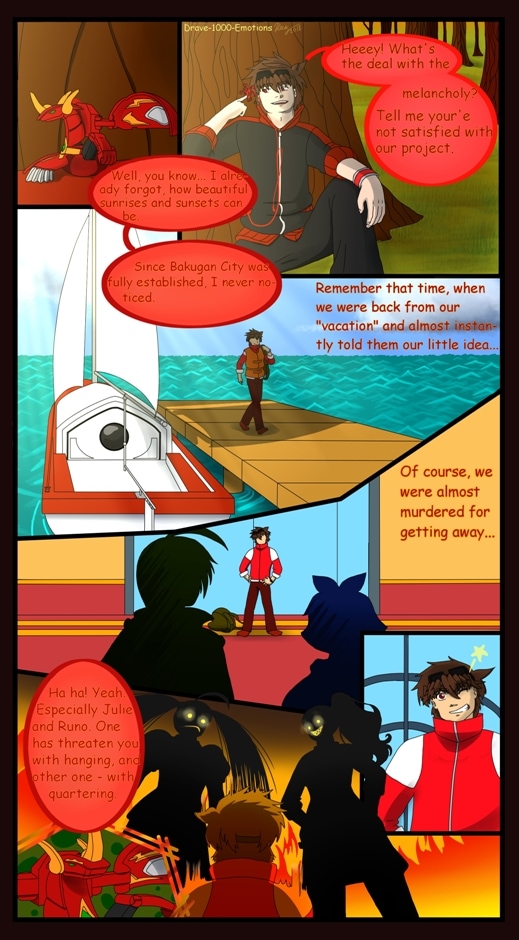 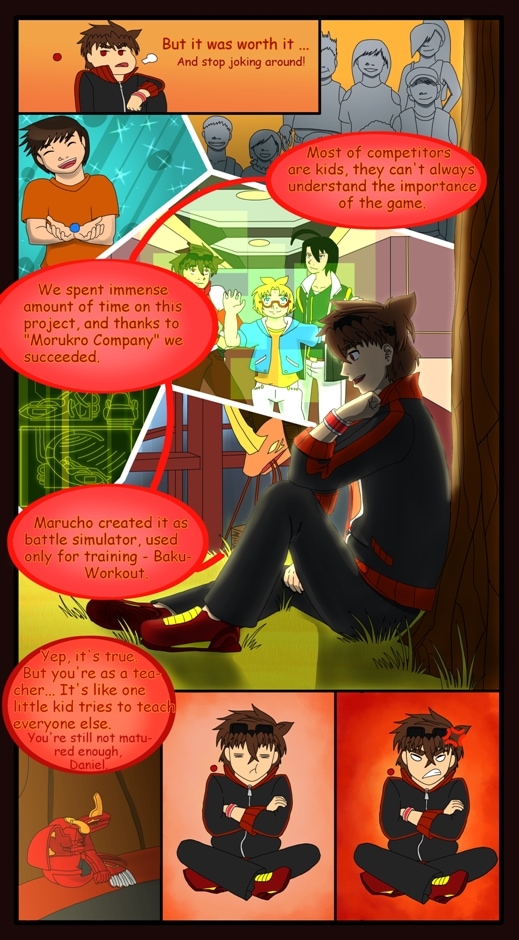 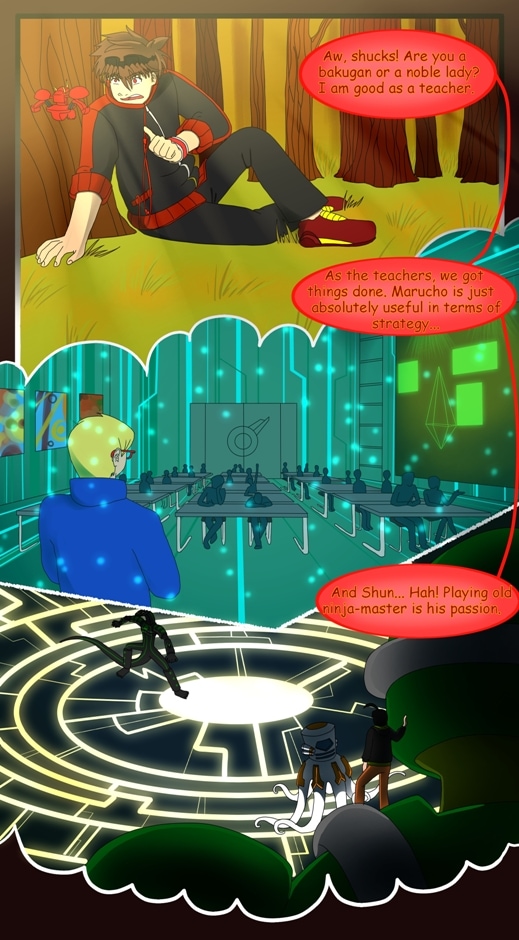 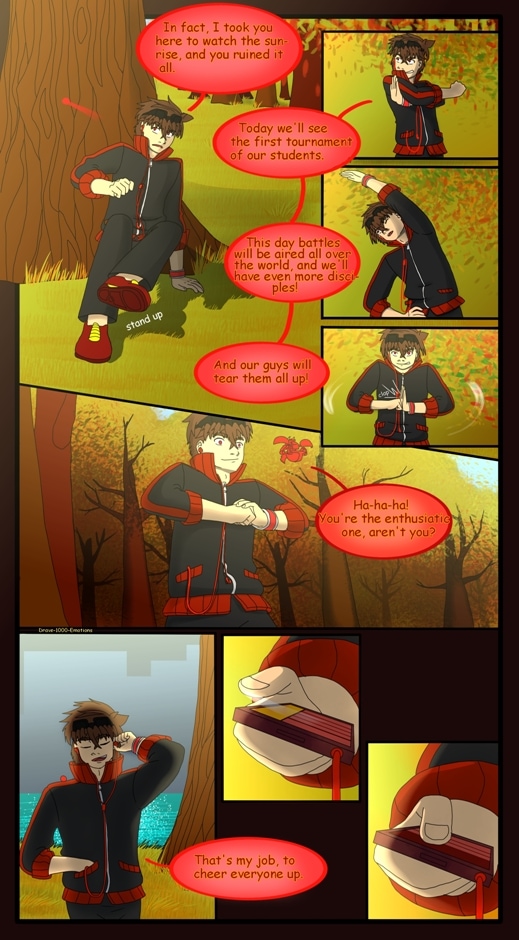 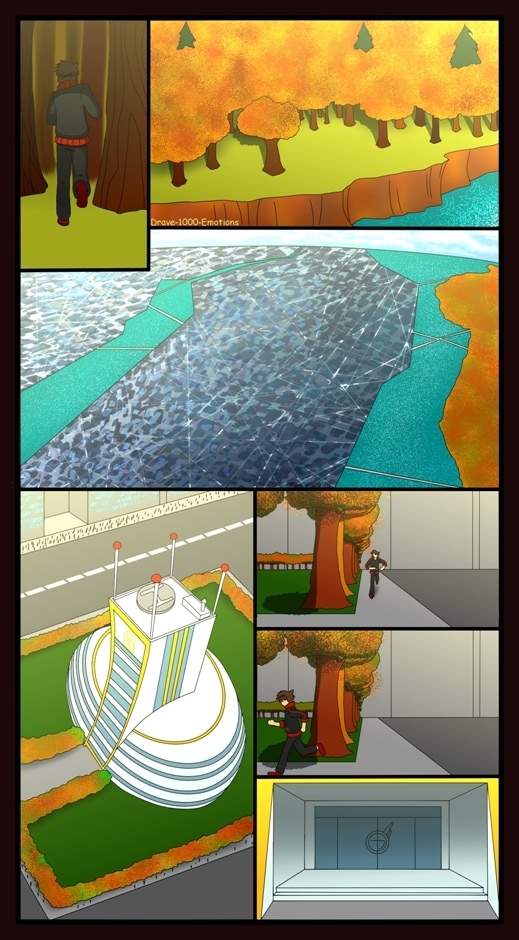 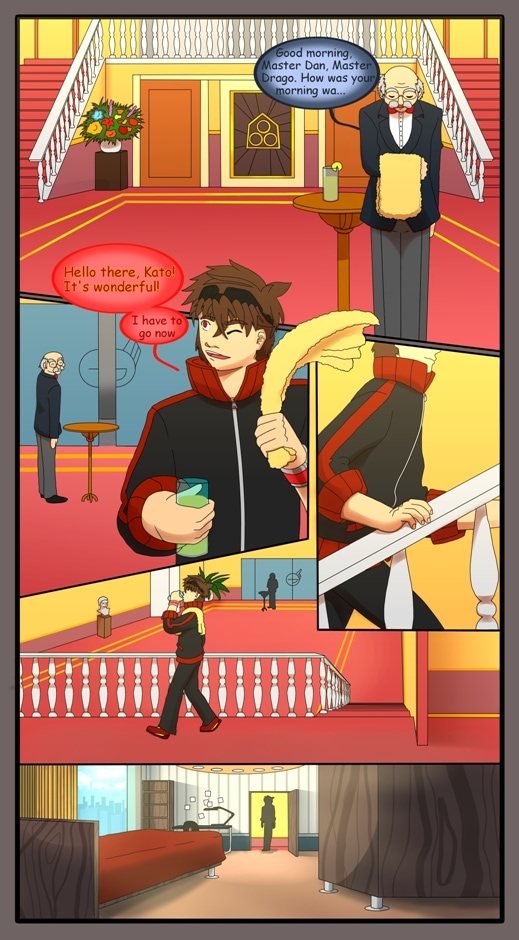 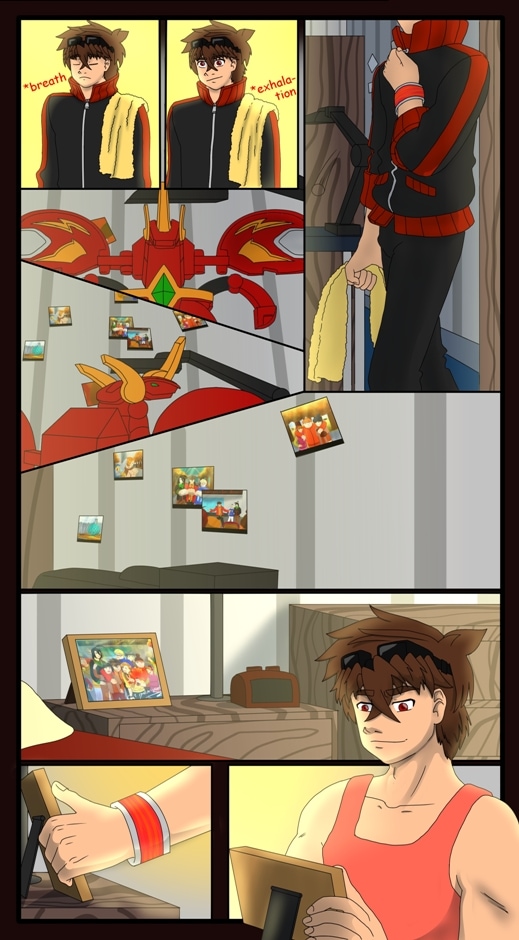 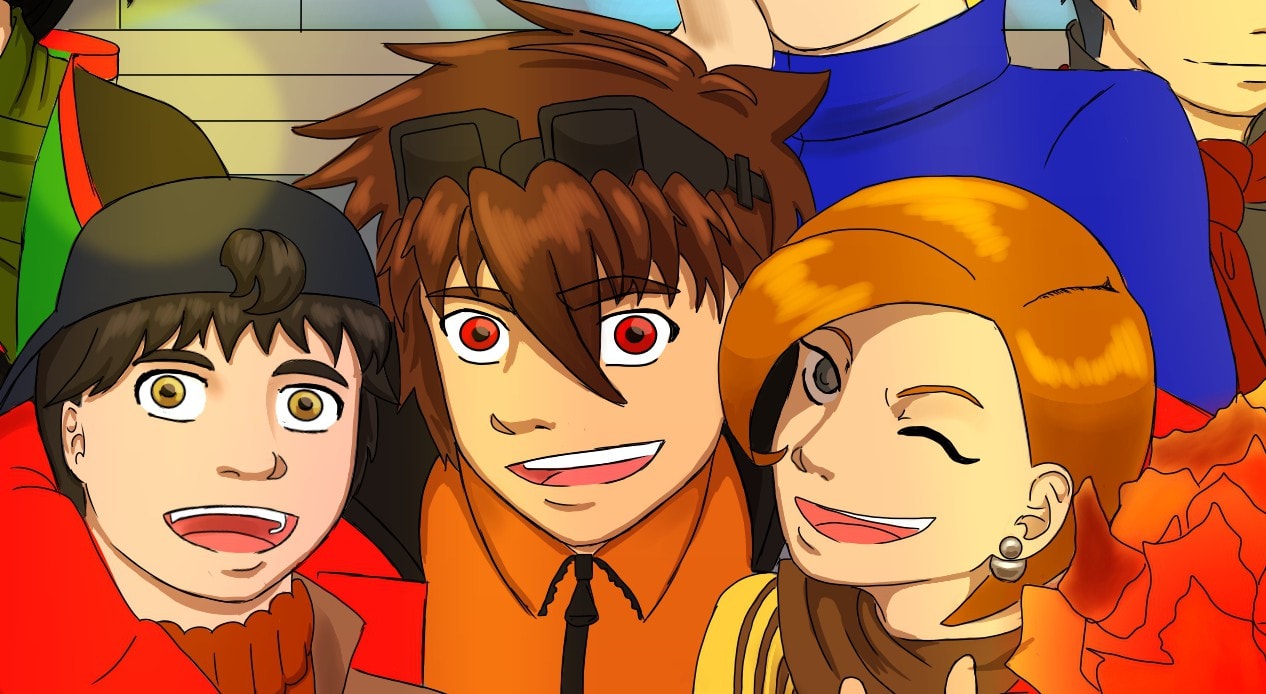 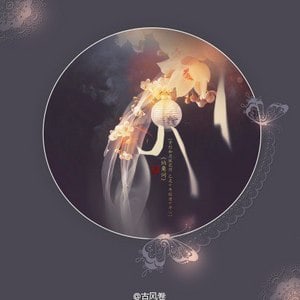 As you can see, the new comic format. I hope you enjoy it.

Sorry, I missed one page. 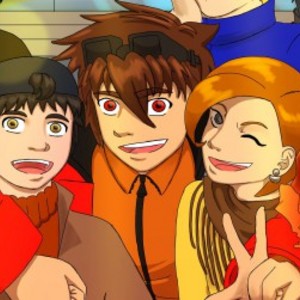 Bakugan. The secret of origin

So, you may have seen "Bakugan" anime series. This comic is my view of the new "Bakugan" season, made in format of panel comic.

After the reckless victory of Battle Brawlers they become global heroes, and at this moment Dan and Drago decided to go on little "vacation". When they have returned, Dan (for some unexplicable reason) instantly proposed to create a system of "Bakugan fighting" learning and training for kids, named "Baku-workout". This was only the beginning - after establishing this system Battle Brawlers launched an annual tournament. And now, after all these events, a misterious new team appeared, seemingly more stronger that our heroes...
The authors of the original work: Mitsuo Hashimoto, Matsuo Asami, Atsushi Nagarekawa, Hiromichi Matano, Shintaro Itoga, Hiroshi Ishida, Hiroyuki Okuno, Ryo Yasumura, Takeshi Yoshimoto, Takatoshi Suzuki original
music by: Neil Parfitt, Takayuki Negishi
Subscribe 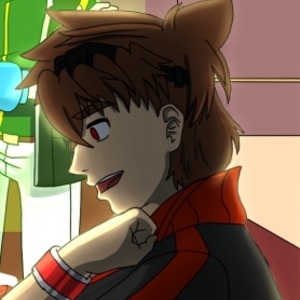