Prologue • As told by G, a glitched soul

When I decided to end my life, I had no expectations of what would come next.

Not a single one.

I just needed to stop living.

So, when I finally did it, and I woke up in a hollow, dark place, and when I was left alone there, waiting, completely blind, I wasn’t surprised or scared.

I didn’t give a shit, honestly.

The silence was deafening, though. The great loneliness that filled that void was so heavy. So… cold.

I thought I would stay there forever, sitting in the dark. I wouldn’t have minded that. My mind was blank. No intrusive, painful thoughts; no voices, no anxiety.

It was all I had hoped for. My very own, very grim ideal Heaven.

But I was not meant to rest in that blissful haven of dullness for long.

There you are. Open your eyes, G.

I jolted and looked around me, to no use. My eyes could not focus. Everything was dark, and I noticed for the first time that my mind was not clear. Not in the slightest. I could not identify the voice, even though it sounded so warm and familiar it vexed me. He had called me G. I couldn’t recall what that stood for.

I did as the voice said. I opened my eyes.

And then I realized that I only remembered one thing clearly.

My eyesight was still blurry. I could barely distinguish his shape. I did not recognize him, but that smile triggered a strange anxiety in me, as if I were on the verge of discovering something important.

Whatever grimace I did, it caused a reaction. He laughed quietly, delightedly, and bent down towards me.

Even though he was close, I still couldn't see his eyes. It pained me.

A burst of bright, turquoise light hit directly into my right eye. I could not blink. I instinctively tried to gasp, but my lungs didn’t react. My eyesight, my insides, my entire mind flooded with that terribly poignant light. Flashes of hazy images flickered before me. Hundreds, thousands of them. I could not tell what they were, but I understood they were stirring the violence of repressed memories in me. The sounds, the smells, the sensations, they all whirled around me in a mess of swirling colors that drowned me.

As sudden as it had begun, it all stopped. My eyes went back to perceiving nothing but dim clouds.

I was left in the dark again, shaking, confused. I felt like laughing and crying, and so dreadfully puzzled.

He, whoever he was, smiled again.

And then he said the one thing I had fervently wished I would never have to hear.

Time to go back. 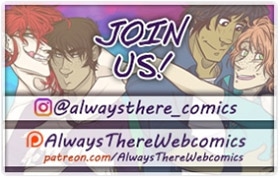 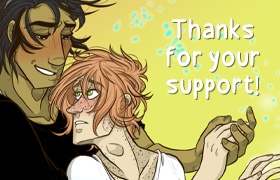 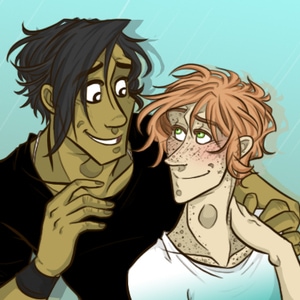 If you've read Glitch of Fate, you're ready to see what happened with G and Ankou after their sudden reunion.

If you haven't, go ahead! It's not 100% necessary to have read GoF to enjoy Chancegivers, but of course, the experience is much more complete and fun if you have the context given in my other novels and comics :)

Hope you enjoy the ride! 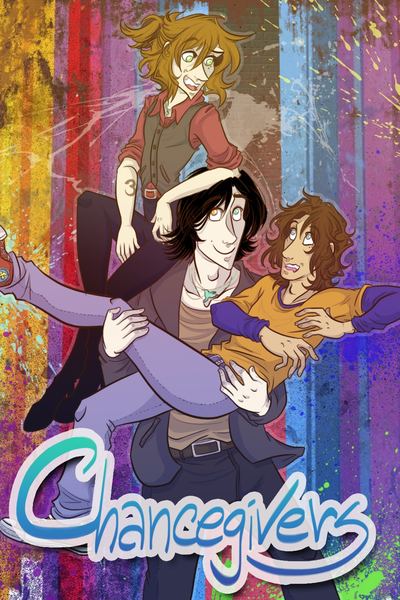 Follow the misadventures of Gabrielle, a hyperactive, genderfluid Chancegiver and her protegé, the very depressed, very freaked-out Mathias, as they try to save their asses while figuring out what is the real impact they have in the big picture of the universe. Also, Ankou, the Spirit of Departure, who is a sweetheart.
Subscribe 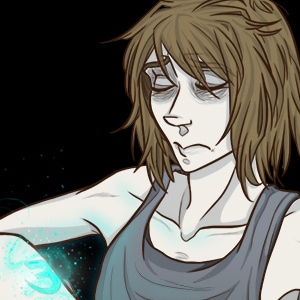