He shouted to the gargyole as saw a man and a woman chase him from behind.

The air swished around him as the gargyole increased its speed to go even faster and it was at this moment that his intiution started ringing like an alarm clock.

He jumped off the gargyole and suddenly the air around him wrapped and burst like a bomb going off. He was blown off to the forest underneath him

As he crashed to the ground, he could feel his ribs getting broken and his left arm (bone) smashing to pieces. He looked to the side where the scattered remains of the gargyole remained.

"You came." He said as he stared at the familiar figure of a man who hung a great sword on his back got down from his giant eagle. The man in question who had brown hair and golden eyes, stared back at him.

'That woman came here huh.' he thought as she smiled creepily at both of them and didn't get off her Eagle and continued to observe them.

"Return the Amulet John. That's the last time I ever ask for it nicely." The man said as his murderous aura filled the surroundings.

"Really Mat? After 50 years I finally got out of that Grisslin, hell-hole that your Gods decided to throw me in and all I did for payback was steal the amulet in return." John said as he laughed at Mathew's poker face.

"Steal the Amulet? You fucking Traitor!!! You know just how precious that thing is and you knew the consequences for doing so. Since you stole the amulet two years ago after coming back, our lands have been ravaged by those Demon bastards from Grisslin and even old man Keith has died due to them."

As John heard him he smirked at that angry face of Mathew,"You still believe those idiots from the council? Keith never died you idiot he just joined the other side," as he slowly got up he started to laugh hysterically,"Not that it matters for a idiot who is going to die soon."

Mathew held his sword in his hand as he saw John getting up,"You think you can beat me with that broken hand of yours." Mathew said scoffing at him.

"You think i am going to kill you? I'm the last the thing you should worry about Mat."

Seeing his expression it dawned on Mathew that something was wrong.

"Still standing? As expected of the armor of Trinity." A woman's voice sounded as the smoke started to clear.

"You are probably not Miss Rose. I guess you must've already killed her?" Mathew asked while he raised his sword again. Not a scratch could be seen on him even after the huge blast.

"Isn't that obvious hun?" The woman giggled as she took out a wand from her backpack that hung on the eagle.

Getting the conformation Mathew seemingly disappeared from her sight and appeared behind her.

The woman blocked him with her metal wand and the started to chant while simultaneously dodging all his attack.

The woman screamed as she her hands transformed her hands into purple colored claws and she started slashing at Mathew. He grinned as he parried her every slash and countered it with the back of his blade, each time hurting her but never killing her.

"You're a tough one aren't you? I guess you are enjoying the fight." The woman asked as the made a distance between herself and Mathew.

Mathew grinned at her and replied,"Obviously, I mean you don't come across many people that want to fight me not for the sake of fighting but for killing me right."

"Interesting. Do you think you can get out of here alive?" The woman giggled as she found his honest attitude idiotic.

"Probably not," Mathew admitted as his sword started to glow,"But do you think you can kill me without any loses?"

The woman's eye widened as the power emanating from Mathew drastically started to change both qualitatively and quantitatively. The trees near him started to get uprooted and even her Giant Eagle was barely keeping itself afloat. From the corner of her eyes she saw John positioning himself behind Mathew.

She knew that this was the moment.

"I call upon the spirits of thunder to aid me in my battle," The woman started chanting and above her thunder clouds started to gather above her,"To give me the power to smite everything in my way."

Thunder struck her body and then in the next moment her body started to give an unearthly light.

"For the power that has been bestowed upon me I will give you this vessel of mine after death ."

A voice suddenly boomed in her head,"Your wish has been heard! You will be given power equivalent to your sacrifice."

Hearing the voice a smile suddenly bloomed on her face as she rushed towards Mathew at full speed.

"About time." Mathew said as he too rushed towards her.

As the both of them collided the very land started to shake causing cracks on the ground. As the fight continued their moves started to blur and caused even John to be surprised by Mathew's development.

"That battle maniac will never change huh?" John snickered as he waited for the perfect moment to strike

As they were fighting a lightning blast occurred as Mathew was blown away from that area. The woman chased behind him. Mathew rolled in the air, stabilizing himself as the vicious attacks from that woman continued. Mathew countered her and then sent her flying.

"It's time to finish this." Mathew grunted as he closed in on her and started to bring the sword down on her chest. As the sword pierced her heart a coldness spread from his chest too. As he looked down he saw a dagger emerging from his chest area where his heart was.

"It really was the finish, right Mathew." John asked as he pulled out the dagger from the person he used to call a brother 50 years ago.

After burying him he checked himself and found that his body had already healed.

"Just like the King said ," He chuckled a little before placing a makeshift headstone on Mathew's grave, "even though you were such a needless sacrifice brother, I promise not to interfere with that headstrong wife of yours."

As he got up from the area he walked towards the woman, Erica, and after searching her clothes he got a letter.

"I should hurry up. Old man Keith should be waiting for me."

The Giant Eagle on which Erica was riding came before him and bowed before him. He got on the eagle and turned towards the distant stars above Trinity

John mumbled as his red eyes shined as he disappeared in the dark night. 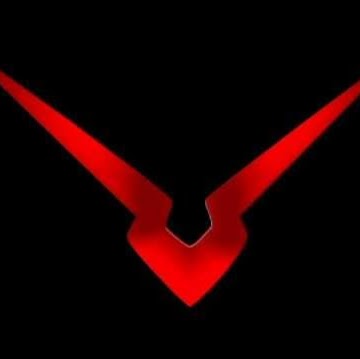 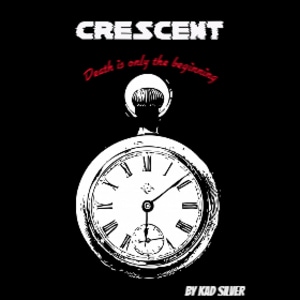 In the three releams there seem to be a delicate balance. A balance which has come after thousands of years of war with each other.
Can this world be protected or will it go into depths of war once again? (Find out in the next episode of DBZ [lol]) 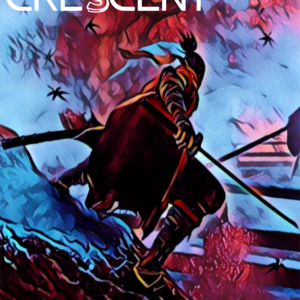