Dawn of the Rose

Book One of the Magic of Dawn series

Another shot rang through the air, the loud crack making her ears ring and her entire frame tremble from the sheer force of the sound. Horror enveloped her like ice cold water.

The young girl cringed and cried out when the shards of shrapnel pierced through a particularly tender piece of flesh. Tears pricked at her eyes, but she had no time to shed them. Her Sunday white dress was in tatters, ripped and shredded from the bushes and branches that ensnared her as she sprinted for her very life. Her long black hair was a mess—wild and tangling effortlessly in the trees.

She stumbled but would not stop running as another shot seared the air, her head like a ballerina’s on an opening act as blood rushed up to her ears, forcing her world to tilt from the dizzying sensation.

Her hands flew out as she tried to keep herself balanced, her fingers scraping against rough bark and thorny bushes. The shrapnel missed her and shattered a nearby tree, sending chips of bark hurtling far too close to her than it should. The debris hit her eye, instinct compelled her to rub at it while still running. Her feet kicked into a tree root and she nearly fell to the forest floor, barely managing to catch herself in time.

She was not sure how much more she could take.

The noon sun beat down on her through the trees. Under normal circumstances, Rose would have taken some pleasure in that. She always enjoyed the warmth of the sun, sought comfort in it. These were not normal circumstances, however, and unlike those times, the sun’s warmth provided no comfort now.

The forest was rather nice, she had always thought. It was old, tall, and perpetually growing: moss, mushrooms, gnarled roots, and flowers covered the floor. To a stranger, these woods were considered difficult to navigate under even the best of circumstances. She could easily take a few steps into the woodlands and be enraptured in it for hours.

That wasn’t purely because of how thick and wild it was, though. There was a sort of atmosphere here, an oppressive, hypnotic ambience to it that weighed down upon those who dared venture in.

At times, Rose swore the forest whispered to her, enticing her further into its heart. When she stepped past the first ring of trees surrounding it, it was as if she were entering an entirely different world that lived and breathed in its own community. Fairies and dragons may not have resided in it, but it was no less magical than a fairytale forest.

Rose always liked to imagine that it held secrets that would only be opened to her. She liked to think it was her special place, her little haven away from the world.

It was her kingdom and she was the queen… but didn’t all ten-year old’s dream of their own kingdom?

Under normal circumstances, she would savor such a warm day and wander the forest to her heart's content.

Under normal circumstances, she wouldn’t be chased down, barked at, attacked like a wild animal.

“Demon!” hissed John, her barber. The matron was, after all, always careful of her charges maintaining a good appearance.

The better you look, she would say, the more likely a nice family will take you in.

She had said that on more than one occasion to Rose, given that Rose had been in her care the longest.

Rose wished it was as simple as getting a haircut. It never was, though, or else she would have been taken away by that point, wouldn’t she? She always dreamed of leaving that small, middle-of-nowhere town, though she never imagined being driven out of it against her will.

More shots rang out, and Rose cried in pain when one of the burning hot shards of metal grazed the side of her knee. Her leg buckled, her own weight throwing her to the forest floor. Men, women, and children hurried to her, several of them hoisting the shotguns that had pierced her. Rose’s eyes were wide and wild as cold, unhindered, mind-numbing terror suffocated her. Each gasping breath was as impossible as the last and she didn’t understand how she could even still breathe with the overwhelming dread she was drowning in.

She scrambled back up in a poor attempt to escape again. For a flash, all the pain melted away and there was only the rush of her blood pounding in her head and the crippling despair that gripped her heart so tightly, it felt like it would soon burst.

“Stay back,” she whispered.

A long, monstrously deformed tail flicked out from behind her, raising up as if to shield her. The instant Rose caught sight of it, she immediately compelled it back, turned on her heel, and continued to sprint.

Numb, Rose could not respond. She continued to weave through the large forest trees, the angry horde closing in on her. She could hear their harsh footsteps trampling and defiling her treasured forest as they neared her. Rose could almost hear the pained shrieks of each branch they snapped and every budding bush they crushed in their relentless hunt for blood in the normally peaceful forest. A sour, sharp, vile stench hung in the air, that only became more pronounced as Rose fled.

Beside her, a pair of atrociously demonic wings that stretched as tall as she was spread out. Grotesque red and black stones lined the dark, blood-red flesh of the wings. One of them adorned two rips, evidence of where their shotgun pellets had accurately landed. The other had not been so lucky, a large tear ran down the middle, serving as a cruel reminder that most of the children in town carried around pocket knives.

Rose burst through a clearing, her mind going blank as she recognized the area. She knew that up ahead was a vast cliff… a dead end.

Yet she had no other option but to continue to run forward, to escape, to survive. They were nearing her, flanking her, closing in on her in a building chorus of murderous intent and resentment.

I don’t want to die.

Anyone… Anyone! Please, don’t let me die!

It was only for a second. One second. A tiny, brief second accompanied by a single word that triggered something inside of her, like kindling life to a flame.

If Rose thought she had known fear beforehand, she was wrong. Her horror had reached a new height. There was nothing but bitterly cold terror and adrenaline running through her. There was no rational thought—or any thought at all, really—aside from that one, little word. One moment she was begging for any sort of savior, and in the next, her wings stretched out on their own accord and her legs tensed before she kicked off from the ground.

There was no time to think, no time to realize that she was in the air. There was only the thought of escape.

Bullets by the dozens had taken aim at her, one of them hitting its mark, grazing her toes through her shoe, though Rose barely felt it. Each shot made her ears ring, her head pound, and her heart stop, but she pressed on.

The further Rose flew—the further she was out of range—her panic eased. Her mind remained blank, however, for she could scarcely wrap her mind around neither her bearings nor what had just happened.

The moment the adrenaline wore off, though, the pain returned. Instinctively, Rose cried out, the cringing of her every muscle affecting her wings, drawing them back mid-air. Composure faltering, she began to free-fall back into the trees. Thankfully for her, she had been gliding above the treetops, and although it was a short distance, Rose slammed into one of the elms, tumbling down, each branch hitting her hard but breaking her fall until she reached the bottom with a loud thump.

Rose bit her lip to hide her whimpers, afraid she was still being pursued. She couldn’t risk staying there any longer than necessary—she had to get away.

With great effort, she forced herself to her feet. The pain, however, was excruciating enough to surrender to. It was a harsh reminder of what awaited her if she stayed and allowed them to catch up to her.

Biting back her whimpers, ashamed that more than a couple escaped at all, Rose began to limp onward through the forest. Her mind refused to accept the new reality upon her. She was numb.

It couldn’t have been more than ten minutes when Rose broke through the forest and stumbled upon a highway. She stopped.

Where do I go?

Her tail dropped to the ground, tremors building under the young girl’s skin, traveling throughout her body. Her eyes burned, and her chest heaved as she struggled to catch her breath. The world tilted as the reality of what had just happened slammed into her like a racecar losing control, an onslaught of metal on concrete, all exploding in chaos.

She fought to breathe, and shook her head, her vision blurring as the tears began to fall freely. Pain, horror, revulsion, bitterness, and despair engulfed the girl all at once, forcing her to her knees.

Coupled with her battered state and blood loss, Rose could do nothing to fight her fading vision, and no sooner, she fell into oblivion. 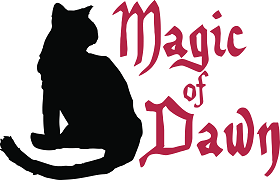 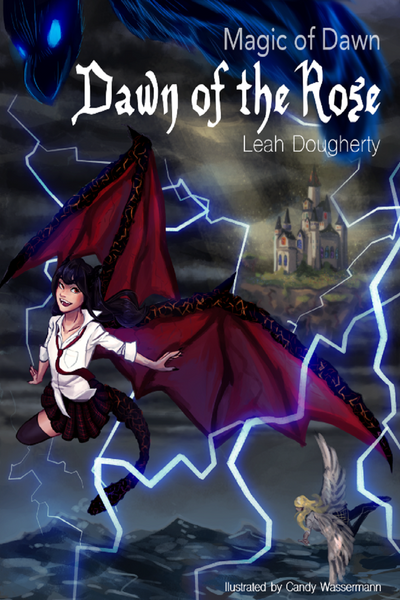 Dawn of the Rose

"Dear, haven't you ever heard of a dragon?"

After fleeing for her life Rose discovers that she is a dragon, and that she has been invited to attend a magical school where the entire community is still recovering from the war against the dragons. While attending school Rose must uncover the mysteries behind her magic, and endure mounting prejudice against her kind.

Dawn of the Rose is the first installment of the Magic of Dawn series by Leah Dougherty.
Subscribe 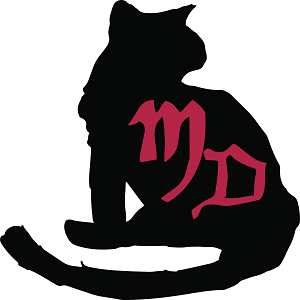