Julia hummed to herself while she put away the rest of the night’s snacks. The girls had been over for an evening of cards but had left sometime around ten.

The last of the small sandwiches were covered when Julia heard the kettle whistle. She removed the kettle from the coal-red burner and set it aside to cool. After turning the stove off, she placed a teacup and saucer on the counter and turned toward the living room to collect her latest romance novel.

When she went to spoon out her tea bag, she heard a creak from upstairs. She slowly put the bag down and stared at the ceiling. Another creak. It sounded like someone was walking around.

She wiped her hands on her white nightgown and attempted to reassure herself. It was a big house, and houses made noises. It could be anything, like the wind blowing outside or a warped floorboard complaining.

Another creak—this time the sound was unmistakable. Someone was upstairs.

Julia grabbed her bathrobe from the kitchen chair and wrapped it around herself. She tied the fluffy white cords around her round belly and took a deep breath.

It was most likely nothing, but she grabbed her phone anyway and made sure to take the rolling pin from atop the marble counter. Her baby blue slippers muffled her steps along the wood floor as she made her way into the hallway and placed her hand on the railing to quietly move up the stairs.

It was dark, but she was afraid to turn the lights on. Julia thought about calling out “Hello? Anyone there?” but if someone was there, she didn’t want to let them know she was coming.

But what would she do if someone were up there? Come to think of it, was this a good idea? Perhaps she should go back to the kitchen, phone the police, and hide in the pantry. If no one was there, what harm would there be? A false alarm and they could all laugh about it and everyone would go home with a story. She heard footsteps again and paused on the stairs.

Perhaps she should turn back, she really hadn’t thought this through. A rolling pin? What if they had a gun? Maybe it was the adrenaline, or maybe Julia was braver than she thought, but she continued up the steps.

When she got to the top, she was on thick carpeting and left soft indentations as she walked. Julia listened, barely breathing. She was convinced a steady diet of pasta and veal would have been the end of her, not some burglar, but her heart did not seem to agree.

She pressed herself against the wall and moved slowly along the dimly lit hallway, moving closer to one of the guest rooms. She was sure that’s where the noise had come from. Odd things had been happening around the house lately, and while she often indulged her fears with precaution, she was becoming more and more accustomed to the oddities.

Julia reached the doorway to the guest room and glanced around before she turned toward the door. Her intentions were to take a quick look in and if she saw anything, slam the door, and run down the stairs to dial 911 while she ran screaming across the street to her neighbors.

Her palms were sweating, and the phone began to slip in her hand. She gulped and noted how dry her throat had become. Now or never.

Julia whipped around the doorframe, hit the light switch, and scanned the bedroom. Nothing. She would have been more relieved had there not been a closet and a bed for hiding. Julia felt like a kid again, fearing monsters under the bed—if only her mother were there to comfort her.

Her heart was in her throat as she opened the closet. Luckily the closest wasn’t too large, and she experienced much relief at finding it empty. She pressed her rolling pin through the hanging clothes and against the wall just to be sure. The wooden handle clunked against the wall, reassuring her no one was hiding there.

Having done away with the closet and finding an empty room, Julia was feeling confident about the bed. Relaxing, she let out a sigh.

She crouched down and peered under the bed to find the space vacant as she suspected. Smiling to herself, she went to turn off the lights.

Julia stepped out into the hallway and squealed. She jumped back and almost fell backward into the guest room. She dropped the phone as she scrambled against the doorframe and stared in horror.

“Dear God in heaven!” she exclaimed. “Bonnie, what are you doing out of your cage?”

It was her rabbit. This whole time, it had been her bunnies. She spotted Clyde farther down the hall, hopping into her bedroom. Julia straightened her nightgown and picked up the phone, laughing.

“You two scared the wits out of me! How did you get out of your cage?” She was about to pick up Bonnie when she heard a creak behind her.

The hairs along her spine rose; a horrible, sick feeling spread from the pit of her stomach. She turned around and instantly regretted it. A disfigured black shadow hovered over her. It began to reach for her, but before she could think rationally, a more primitive part of her brain kick-started and sent her reeling.

Julia let out a guttural scream and ran for the stairs—only she slipped. She was airborne for a second, but that second seemed to extend itself into the entirety of her life. Julia knew it was over before she came down. Her neck struck the first step at a sharp angle. It snapped with a grotesque crunch. Her body continued to roll down the stairs until it landed with a hard smack on the floor at the base of the stairwell.

Julia was not sure how much time had passed when she woke up. She stared blankly around her for a time, unable to recall how she ended up at the bottom of the stairs. She stood up and moved her blonde hair out of her face. She went into the front hall and tried to turn on the light, but her hand passed through the wall. She blinked, groggy and unsure of what had just happened. Was she dreaming?

Julia was feeling very lightheaded and turned away from the front door, trying to gain her bearings. There was something on the floor in front of her. The light from the kitchen cast an unfortunate shadow on it. Julia stepped closer, feeling her insides coil.

As she moved closer, her mind began to register the familiar white robe and baby blue slippers. She took in the unnatural angle of limbs and neck and then stared at the dark pool of liquid seeping across the hallway rug. Julia was dead, and her blood was ruining her favorite throw rug. Who was going to clean up this mess?

This book is licensed for your personal enjoyment only. Please do not resell. The scanning, uploading and distribution of this book via the internet or any other means without the permission of the publisher is illegal. Please purchase only authorized editions and do not encourage piracy. Thank you for your support.

This is a work of fiction. Names, characters, businesses, places, events and incidents are either the products of the author's imagination or used in a fictitious manner. Any resemblance to actual persons, living or dead, or actual events is purely coincidental. 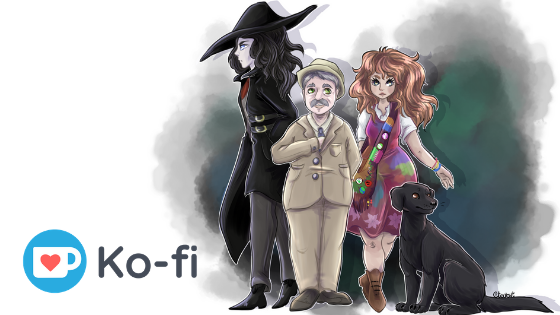 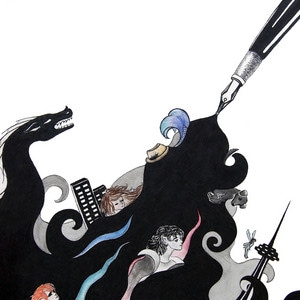 If you've enjoyed this story, please consider voting for it and subscribing--I love comments! ^_^ 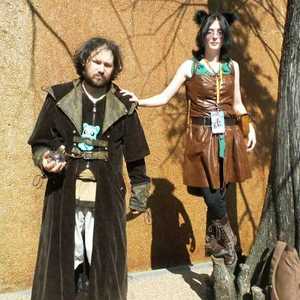 Introducing the world's most practical ghost.. Who is going to clean up this mess? 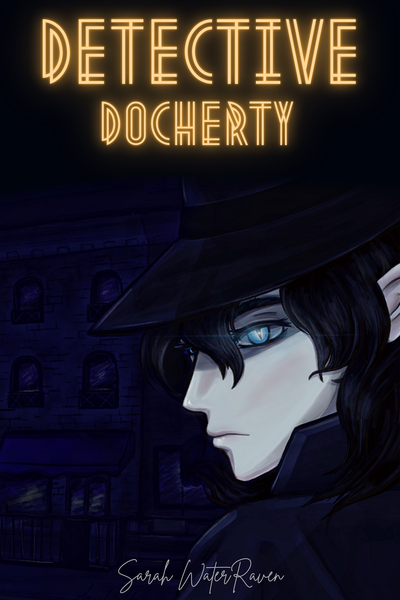 It was called the Great Awakening, when magickal kind returned to our world. They live among us now, renting apartments, laboring in the workforce, and paying taxes. Ares is a vampire and doing very well for himself in the modern world. Between teaching at the local university and assisting a paranormal investigator, things couldn’t be better. But when a woman dies mysteriously in her own home, the question isn’t who killed her, but what.

Alexandria is alone in the world. Having lived a complicated life surrounded by mystery and tragedy, she's quickly pulled into the world of paranormal investigating. Can she walk the border between the worlds of man and magick or will she become consumed by it? 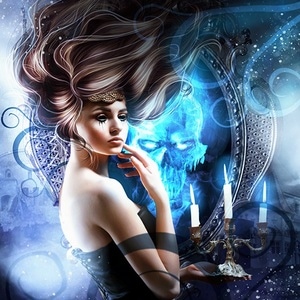