Huntsman and The Wolf

A thick heavy fog surrounded the entirety of Blackborough from the ocean which bordered it from the south to the forest to the north. The streets were empty, shops closed and the villagers tucked into their beds, wary of the distant howls that echoed from off the trees. Sonorous sounds that shook even the elder to the bone and on a night when the howls didn't cease, the elder ventured from one house to another, finding every able-bodied man and boy and issuing them an order to stand guard at the northern gate which faded the forest's edge.

With bated breath one dusky night, an aging man and his grandson stood guard at the gate with only the light of their lamp to cleave through the fog and the darkness that settled over them. The boy's head bobbed as he tried to remain awake while his grandfather peered into the darkness with the solemness of a man prepared to die. In the grandfather's hand was a worn yet polished blade, tied to a notch in his belt, his fingers toying with the loose ties as the soft floating lights of the fae weaved through the trees then out of sight.

His grandson climbed onto the wooden fencing and propped his chin upon his hand, watching the fog with drooping eyes. More than once, he tried to let his eye slip shut for a glimmer of sleep. A quick slap to the back of the head or a murmured call would have him blinking blearily into the darkness, less awake than he was the moment prior. The umpteenth time his eyes slipped shut, a loud howl echoed from off the trees and startled him awake. He toppled backwards over the fence and landed on the dirt with a heavy groan.

"On your feet boy," his grandfather urged. His tone clipped and brokering no disobedience, hand resting on the pommel of his sword and heart racing.

The boy scrambled to his feet and went to grab hold of the club that his mother had fashioned for him. He gripped it tightly, trying to force her fear-stricken face from his mind as he hurried to his grandfather's side and tried to peer through the dark fog. The howl continued, loud and reverbeating, and with a quick glance towards his grandfather to see how he was faring - the boy's heart dropped as he noticed the slight tremor in his grandfather's hand. He clutched his club tighter and bent his knees just as his mother showed him, telling himself that he was ready for whatever might have come through the dark.

On a night as humid as this, where both man and boy had to roll up their sleeves and undo the ties of their tunics, hair sticking to their foreheads with sweat and insects buzzing with delight - it was odd to see someone wearing such heavy clothing. Yet from the fog, a stranger came with a heavy cloak draped across their shoulders. The stranger's face was obscured not only by the darkness of night but the hood tossed over their head, their steps slow and sure, the howling dying down as they approached.

"Stop!" His grandfather barked out, undoing the tie on his sword and holding it steadily. "Who goes there?!"

As if they didn't hear his grandfather's question, the stranger walked closer and the boy took a hesitant step backward. The cloak artfully worn around the stranger's shoulders was colored a red so vibrant that it almost shone in the dim lighting. However, the hem of the cloak was frayed and in tatters, barely dusting against the ground and the stranger's mud-caked black boots. The glimmer of a sword's pommel and a bow and quiver on their back had the boy's breath catching and his grandfather pressing forward, the tip of his sword pointed directly at the stranger's head.

"I asked you a question, now speak!"

Inches from the pair and the gate, the stranger stopped and the boy quivered as they raised their hands. Yet instead of going for their sword and cleaving both of them in half, the stranger grasped both sides of their hood and pulled it back, revealing the face of a young man in the dim light. He wasn't an old man and he didn't have a face that seemed unkind either. In fact, the boy was almost certain that his older brother would have fancied a man like him.

With dark brown hair, messily skewed by the hood and falling to the base of his neck, a single braided plait on the right side of his head with four beads each colored a vibrant shade of red, his pale brown eyes almost white in the glow of the lamplight, peering at them curiously as he tilted his head to one side then the other. Rich brown skin, pale across his nose where a jagged healed scar marred a broad and upturned nose, a thin pale scar sliced through the lower part of his jaw, and another peeking from beneath the cloak around his neck.

He looked from the boy to the tip of the grandfather's sword and said, "I am Red, a huntsman."

His voice was deep, with a smooth lilt of confidence, husky but not in a way that the boy deemed unpleasant. It sounded as if he only spoke sparingly and when he did, it was always with a purpose. The boy lowered his club and sighed. He'd seen his type before. Though he'd never known a huntsman who carried a sword strapped to their back.

"You've heard about the beast," his grandfather grunted, looking Red over before carefully lowering his blade. "Many of ya have."

Red blinked slowly, and if he seemed affronted, he neither showed or spoke it. "I assure you, there is no one that is like me."

The boy stared in awe but his grandfather grunted and though Red had spoken of being a huntsman, the elderly man refused to tether his sword. Looking from his grandfather to Red, the boy wondered what would happen and stepped back in anticipation but also fear for the blows that may come. His grandfather stared Red down and most in Blackborough couldn't withstand the weight of the old man's glare but Red only blinked at him yet came no closer. Whether for his grandfather's safety or Red's own, the boy wasn't sure.

"Our watch lasts until the coming dawn," his grandfather grunted, pressing his back against the fence. "You'll wait here with us, huntsman."

Red closed his eyes and with a flourish of his cloak, he took a seat, his quiver and bow knocking against one another and the clang of his sword following as he sat with his legs crossed and hands on his knees. The boy smiled faintly and his grandfather's jaw tightened but neither said a word as Red sat in silence. For a moment, no one moved but as a howl picked up from the woods, Red turned to look over his shoulder. A soft distracted hum emanated as he turned around without getting up, facing the forest's edge with his back to the boy and his grandfather.

"What in the Goddess' name are you doing?" His grandfather hissed in the way that he usually did when he was irritated.

The boy peered into the darkness then looked at Red who didn't bother to deign his grandfather with even a backward glance.

"My job," Red said simply, and after the words left his lips, the woods fell silent. 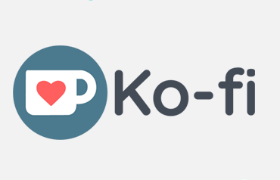 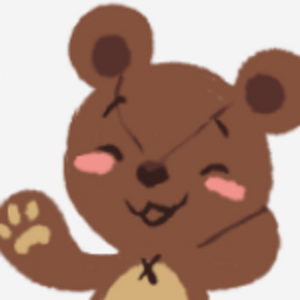 A stranger arrives on the outskirts of Blackborough as a wolf howls and the townsfolk shudder in their beds. 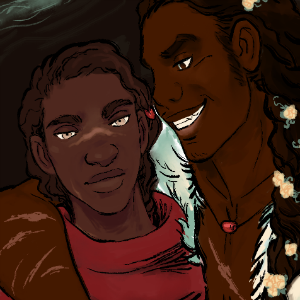 Huntsman and The Wolf

Red is a huntsman, protector of the innocent and destroyer of the wicked, sworn to a life bound to a sordid end. Yet when he comes face to face with a creature that he has no interest in felling, the certainty that he'd had all of his life crumbles. Tangled in a web of lies and deceit that may bring about the end of all Creation, Red seeks the truth alongside the one who may be the death of him.
Subscribe 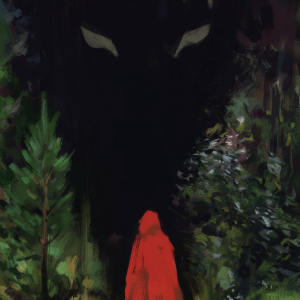