Imona was frustrated. She had been sewing all day, and still her mother would not let her leave the house. There were places to go, fruit and flowers to smell! She sighed. She hadn’t been able to leave the house for the last week, all because some stupid boy pulled down her hood and spat in her face. She had just finished her second dress, when she heard the front door open and close, followed by talking in the front room. She figured her mother was seeing a customer.

Finally, Imona thought. Once she sees that I’ve finished yet another dress, she’ll have to let me go into town for a bit. But then she heard screaming, and glass breaking, and her mother yelling, “NO!!”

Suddenly terrified, Imona threw down her work and raced into the front room to find her mother being held by two guards, both wearing the kingdoms insignia and colors. “Let her go!” she said, trying to run to her mother, but someone grabbed her in a choke hold from behind. She nearly lost her feet under her. She scratched frantically at the arm around her neck. “Get away…from me!” she struggled to get the words out.

“Ah...you must be Imona. Rest assured that your gifts will bring this Kingdom to victory.” A low gruff voice said near her ear. Imona struggled, and the man holding her removed his arm and pushed her forward, into the arms of two other guards. She was turned around and got a good look at the man who had been choking her and she couldn’t believe her eyes. She stared on in surprise. Broad shoulders, bright red hair with a slight beard, clear blue eyes and a scar across his left brow. This could be none other than…“Your eyes do not deceive you. I am the Kingdom Holder, Killian Knottinghold. I heard rumor of your gifts. You can…read the future. As I’m sure you know, this Kingdom is at war with another. We will need your gifts to win.” he smiled at her ruefully.

Imona grit her teeth in disgust, her fists clenching and her purple eyes shining with anger. “I will never help you! Killing each other…like animals! It’s senseless violence! I will not support your war and I will not help you commit such evil acts!” she yelled. ‘Oh..the things I could show you my girl...’ Imona shut her eyes tight and tried to block out the voice in her head.

Killian chuckled. “Well then,” he said, walking toward her, “today is your lucky day…because you don’t have a choice. Take her.” The guards that were holding her put shackles on her wrists and a metal collar around her neck. She tried to fight back but they were so much stronger than her. She did her best to hold back the tears, not wanting to let these scum see her cry.

She turned her head away from them. “Mother...” she called out. Imona put all of her emotion into her eyes as she looked at the woman who raised her. There were tears streaming down her face. “Oh...Imona. I’m so sorry...I couldn’t protect you…” Her mother said, before breaking down. The guards holding her mother let go, and Imona’s mother slumped to the ground and sobbed.

Imona turned her head to Killian, stealing herself and doing her best to look brave. “I don’t care who you are or what your motives are. I will not help you harm others.”

Killian walked up to her with a smirk on his face. He grabbed the braid hanging over her shoulder and gave it a good yank. He leaned in close and looked down into her eyes. “Despite what you think, I am not a bad person. I am a fearless leader and I do the best that I can for my people, including you. This war is necessary. I will not just lay down my sword and hand over this Kingdom that I worked so hard to build and protect! You have a reputation, Imona. ‘The blue girl that scampers around the city.’, ‘The poor girl that hides behind her cloak and her mother’s dresses.’, ‘The kind heart with a probably cursed soul.’ But, even though your blood may be tainted by some…evil, the very least you can do is help the Kingdom that you have lived your whole life in.” he said, slowly releasing his hold on her braid. Imona went to bite his hand, but the guard next to her jabbed her in the face. “Now. I’ve given my men orders not to harm you, but if you decide to fight…I’ve trained them well.” he said smiling at her before walking outside and mounting his giant horse in front of her house.

Killian’s men started to drag her out from under the roof she had spent her entire life under. She could no longer stop the tears as she was tethered to the back of a guard’s horse and told to keep up. ‘Don’t be so stubborn girl…it is long past time you should have given in to the power that is your birthright.’ “I will never give in.” Imona said through clenched teeth.

The man on the horse next to her snickered, not having heard the voice, and said, “You don’t have to, stupid girl. We’ve already got you.” He started walking his horse forward as the others did, and soon Imona was being pulled along. At least they were keeping a walking pace for her.

Imona glanced at her neighbors as she walked by, their eyes averted, as if nothing bad were happening to her. She felt sick to her stomach. These people watched her grow up, and they would just let Killian take her away? ‘They are afraid of you stupid girl. They always will be. It is good to be feared.’ the dark voice in her head said. “No, I don’t want to be feared.” Imona whispered under her breath. She looked back at her home one final time, and she could still hear her mother’s sobs.

“I’m so sorry mother. I’m sorry I’m not stronger.” She closed her eyes trying to hold down the pain in her heart, threatening to take over. She stepped on a large pebble and tripped, gasping as she fell. Immediately she started to choke as she was dragged along before she could finally get her feet under her again, using her shackled wrists to push herself up. She coughed and inhaled desperately for breath.

“Stupid girl.” she heard one of the guards mutter.

Imona hissed in pain, knowing that she would have bruises and scratches on her legs for sure, as well as a bruise on her neck. She kept her eyes downcast and tried to motivate herself to stay strong, but she’s never really been known for her strength, and so the tears continued to steadily fall.

Already she was feeling broken. Knowing that the main castle was all the way at the other end of the kingdom, she knew she would be walking for hours yet. The sun was starting to go down already and she hated the idea of walking barefoot on these pebbly roads in the dark. She desperately wanted to go home, even if she knew she couldn’t leave the house for a while. She would give anything to see her mother smile one last time, or even to sew ten more dresses, but in her heart she knew that her life was about to change forever. 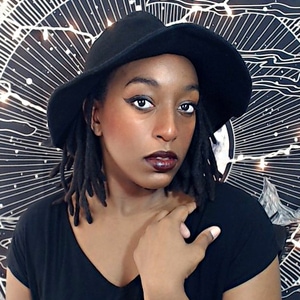 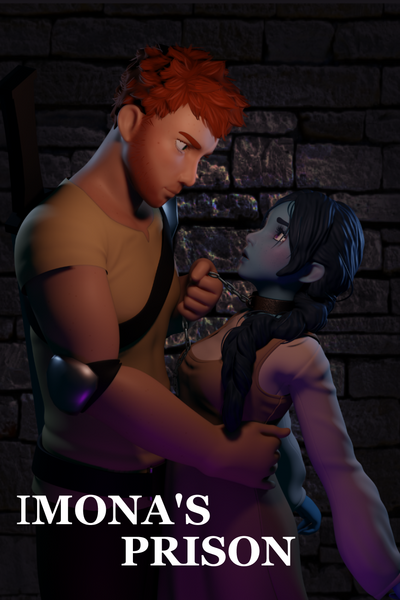 Imona grew up knowing that she was different. All of the other kids had skin in shades of cream and brown, but she was blue. There were rumors of her being part demon, a witch, and everything in between, but Imona didn’t care. All she wanted was to live a happy life helping her mother make and sell dresses. But that all comes to an end when the Kingdom Holder, Killian Knottinghold, decides to take Imona for his own purposes. Will she ever escape this prison?
Subscribe 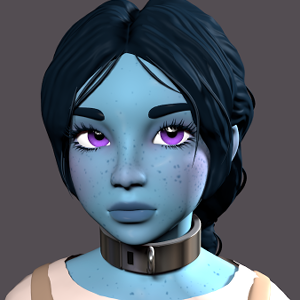