It was deep into the chills of autumn when two great armies clashed for the last time on the fields of Shimegahara. All told, eighty-thousand soldiers divided in near equal measure across two fools fought a gruesome battle, in worship to the petty grudges of their ancestors. They met with blades and bows and stained the mud red. Even when drizzle turned to downpour both sides refused to relent. For miles in every direction, villagers retreated to their row houses, listening to the distant thunder of drums.

Well fortified in the shelter of wooded foothills, Tatsutomi Shigenaga, lord of his clan, awaited news of the battle in the company of three thousand reserves. He sat perched on the edge of his stool clad in his full, crimson armor, spear in hand. The polish put to his helmet’s gold crest did nothing to hide the scratches and dents earned from decades of war. He was in every appearance a perfect rendition of his samurai title, broad-shouldered and firm-faced, ready to march to the field at the first word from his scouts. One would expect no less of the Red Dragon of Suyama.

What a brave, indomitable sight he should have been for his young son, Kazuchiyo. But Kazuchiyo would not be the hero of this tale if he were lacking in perception, easily swayed by a guise of confidence. It did not escape his notice how heavily his father’s hand shook around his spear.

“Father,” said Kazuchiyo. “Won’t you let me fight beside you?”

His father grunted, adjusting his grip on the spear. Perhaps he had realized that Kazuchiyo could see his struggles. “You are not yet a man,” he said. His lip quirked with good humor. “If you were to take a head, you don’t have a man’s name to claim credit for it with.”

Kazuchiyo was not a boy easily swayed by humor, either. “Then we can hold the ceremony now,” he said. “Grant me a name and a sword so I can fight.”

“When you are old enough,” said his father.

“All my elder brothers had their ceremonies already by the time they were thirteen, and I’m thirteen now.”

Tomonaga, third of Kazuchiyo’s elder brothers, stood at his father’s other side. He was also clad in full armor bearing the dragon crest, and all the more smug because of it. “Don’t be eager to rush out onto the field, little tadpole,” he teased. “You may have the dragon’s mane, but not its fangs, yet.”

Kazuchiyo reached for his hair, tying back the thick black locks that had slipped free of their fastening. The soldiers around them smirked in amusement. “I’ll cut it with father’s permission,” he retorted. “When it’s time.”

“It will be time soon enough,” said their father, and he cast his gaze again before him, as if somehow able to peer through the downpour to his troops. His fist tightened around the spear. “Believe me, you will one day have your fill of war.”

A cry arose from the lookouts, and Kazuchiyo’s father straightened his back, waiting with hard-forged anticipation in his brow as the ranks made way for a messenger. The man came on horseback nearly all the way to the war tent before dismounting, the dragon’s banner hanging limply from his back, his helmet cracked and askew. “My lord!” he cried as he rushed inside and threw himself to the ground. “My lord, news from the front!”

The man raised his head, and it was then that Kazuchiyo realized he was little more than a boy himself, no more than two or three years past his own age. His face was heart-shaped and soft and unbefitting of a soldier. “My lord, Master Yatamoto has turned against us and joined Aritaka,” he said with tremulous urgency, and his audience went stiff with shock. “He launched an attack against our southern flank and has divided our forces in two. Soon they’ll have cut the vanguard off entirely.”

Shigenaga rose from his stool. The rustle of his armor resettling impressed upon young Kazuchiyo a sensation like coils drawing tight that would follow him the rest of his life. “And my sons?” he asked as his soldiers gathered themselves in kind. “They still fight?”

“They do you proud at the front,” the boy replied. “But are in desperate need of reinforcement.”

“They will have it.” Shigenaga strode forward and called to his generals, ordering them to make their soldiers ready. As all rushed to comply he then turned back to his sons. “You will remain here with the final regiment,” he instructed them. “Protect this temple at all costs.”

“Let me go with you to the front,” said Tomonaga. “Let me fight to defend my brothers!”

“Your brothers have more than enough fight in them,” his father assured. “This temple has none of its own.” He set his hand heavy on Tomonaga’s shoulder. “If the vanguard falls, there is always retreat,” he said, prodding.

Tomonaga nodded with resolve and resignation. “But if a rearguard falls, there’s nothing,” he finished obediently. “Good luck, father.”

Shigenaga nodded, and he looked to Kazuchiyo. It would be sentimental foolishness to pretend either of them knew then what fate awaited them. But he touched his son’s hair, and smiled, and said, “When this battle is over, I will have a grand name for you.” And Kazuchiyo smiled, eager for it. 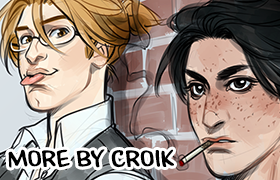 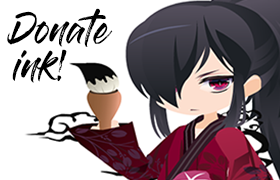 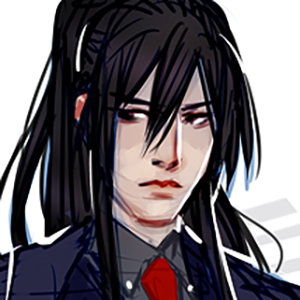 EDIT: Thank you for checking out KAZUCHIYO! This version of Book 1 posted on Tapas can be considered a first draft, so if you'd prefer the finished, edited final version, you can purchase the ebook or print version on: www.melanieschoenbooks.com!

This was my entry for that Tapas First Writer's Camp contest! If you're interested to see what happens next please consider subscribing, and don't forget to check out my other novel and comic over at Boom Boss (https://tapas.io/BoomBoss). 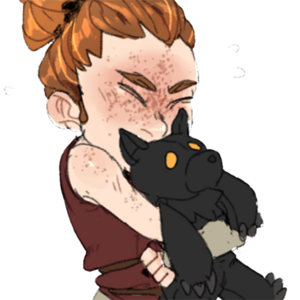 I was already a fan of your writing in Bang! Bang! BOOM- so I am not really surprised that I loved this, too. Good luck to you in the contest, you certainly deserve it. Your writing is smooth to read, professional, and comes with a lot of character. 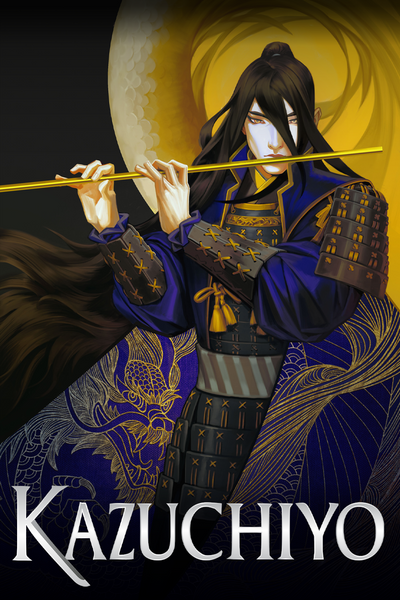 The mythical country of Shuyun has been at war with itself for a century. The latest victim of of the bloodshed is Kazuchiyo, a young samurai captured by the enemy after his clan suffers a crushing defeat in battle. While being raised among his family's killers he meets two young men that will help him change his fate, whatever the consequences.

This historical romance/fantasy drama is recommended for adults only. Updates Thursdays.
Subscribe 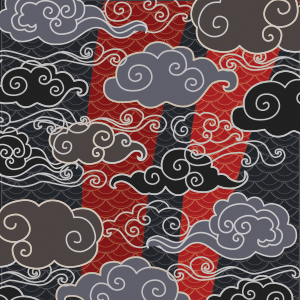