Many people have this misconception that lonely and loner are the same. Both words may have a similar meaning, but in practice, they are used in a completely different manner. To remember the distinction, repeat, ‘A lonely person is not a loner but a loner can sometimes be lonely.’ Bit of a tongue twister but if you think about it, the pieces come together.🤣🤣

“Lonely” is a feeling, whereas “Loner” is a type of person. This may seem absurd but just keep in this in mind as you continue reading. It’ll make sense you’ll see.

Firstly, a “Loner” is a person that dwells in loneliness. They love to be alone and are hesitant to make social contact of any kind with people. This type of person tends to perform at their best when given the chance to be by themselves.

A loner can be referred to by many names. For example, introvert, lone wolf, recluse, hermit, shy, or neet, you get the gist of it. Many names but they all have one strong interconnected meaning.

To locate a loner is easy, just perform this activity when you are at school, high school, office, restaurant or a park, this activity requires observation skills and abandoning of irrational thoughts if possible.

Find the one person who is outside of the group, the one who wants to be on the rim. This person will stand out amongst the happy people going about their group task.

A loner sits by themselves at lunch and doesn’t join in discussions unless forced. Their presence is barely noticeable to the group at large but they will always be there, silently participating.

If you manage to find such a person, that’s your lone wolf. According to scientific research, there are many such people in the world. So, finding one shouldn’t be difficult.

Our second type of person in this discussion is a lonely one. The two though similar, tend to be on opposite sides of each other, at least personality-wise. Oddly, they tend to be ‘two sides of the same coin’.

Finding a lonely person is easier than you might think. This is a person you will notice, they’ll show up everywhere regardless of invitation. They like to insert themselves in conversations, this makes them rude and annoying in my book. Instinctively, you sense their desperation and avoid eye contact with them.

Lonely people are avoided by others due to their clingy nature. They are taunted wherever they roam and others take advantage of their need. They are an overall tragedy. These behaviours make this type of person one of the most vulnerable people you’ll find in the world.

Having said all this, the only aspect I respect about them is their ability and drive to achieve and their confidence within themselves. Avoiding them doesn’t do much, insults beads down their back. Even apathy does nothing to dissuade them. That will and desire to get out of their lowly state is truly an applaudable act.

When everything fails, the lonely spirals down. They descend so fast and hard that when they finally stop they start to hate their former life motto. At the bottom, they take a good look around and they begin to hate what they have become. This hate makes transforms them, killing the part of themselves that brought them here. They finally become the very thing they avoided to become that is a ‘loner’.

These are only general observations made by a fellow loner. Real behaviour varies from person to person and circumstances can only add to their pre-existing factors. Remember no one in this world is perfect, people are complicated and are often a mixture of types. 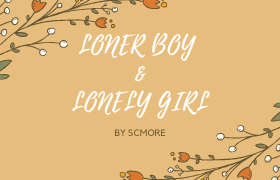 In this chapter, our loner describes what a loner and loner is and how they describe each other.

P.S I'd love to see your views on this topic. 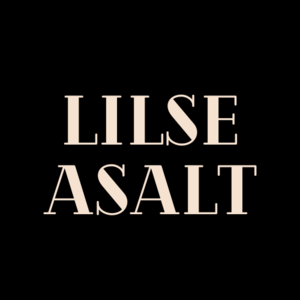 reminds me a bit of lemony snicket. i like it. 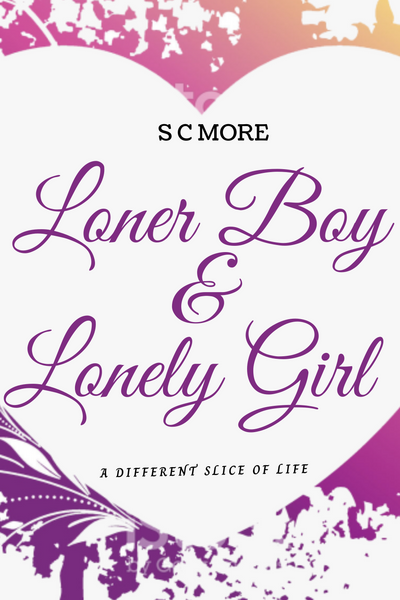 "Loner is not a lonely"
Leo a loner boy with a tragic past, lives his life like the way he wants, no one talks with him, he doesn't talk with anyone and he thrives on loneliness. With his unique mindset, he has the ability to judge people on their behaviour and tell how human relations work at an instinctual level.

But he's loner life is about to be in a turmoil when he meets a beautiful and hot girl called Chelsea who, with a mindset completely opposite of Leo, with ability, even she has yet to discover but is pulled back by her shortcomings. (she couldn't talk with people lol, she has what we call anthrophobia)

Join this funny journey where a loner teaches a lonely to become social.

PEEPs, yeah that's what I'll call ya. I want to give your honest opinions in the comments and let's play a game where you could talk with my characters as a readerXCharacterOfmybook in the chats lol. It'd be fun... 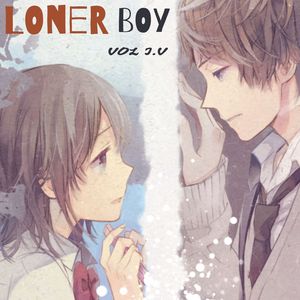