His heart stops dead as dagger-like claws brush past his shoulder, stripping the bark of a banoba tree. He leaps to one side, spacing a temporary sanctuary where the nalite cannot reach. His feet land as quickly and softly as the flickering shards from the bark.

The weight of the boy’s hefty blade is disregarded as it is shifts in motion. He concentrates his gaze and grips the handle tighter as he glances for an opening within the skeleton-thin body of the beast. His posture lowers in anticipation for the next string of attacks.

The speckle of the sun breaking through the leaves shimmers against the rubbery hide of the beast. It charges his way, dragging chunks of the dirt from the forest ground with its claws. Its hinge-like hind legs spring momentum into its attack.

It swipes the boy's way.

He ducks, throwing his body to the side. A roll brings him back to his feet.

The boy pre-empts, swinging his blade towards the claw. It’s caught, yet the force throws his balance. A step back stabilises his weight.

Neither gives an inch.

Two curved horns, spoiling at their hairless roots, edge inches from the boy’s nose. Pointed fangs hiss his way as it tries to push its way through the boy's defence. It's pitch black eyes open an insight to it's darkened soul.

The boy feels the force of the beast gaining momentum. Its hind legs bring with them too much power for him to bear.

He releases his handle with one hand and holds a fist about the pit of his stomach. Before the beast can take advantage, he closes his eyes and focuses.

A warmth emanates as energy channels from deep within.

As his eyes dart open, the drive of the nalite subsides. With the enemy locked in stasis the boy moves to one side, and rips his blade from the beasts grasp.

With his blade in hand, and the prospect of his time running low, he swings the blade above his head and uses the momentum to clobber the beast.

As his eyes reclose, the world around shifts back into gear. A sudden whip from his movements gusts the dead leaves into a frenzy.

The nalite is hurled away from a strike as forceful as it was accurate. It sprawls and bounces several times before it can struggle back to all fours. A sense of disorientation takes over as its horned head sways side to side.

The boy takes his opportunity. He shifts his blade down and again holds a fist to his stomach. The warmth grows, this time evermore violently. He yanks it up running his hand along the large blade of his sword. A shock of electricity follows on.

The boy reduces his breaths and focuses all of his energy on the hand wrapped around his blade.

The nalite springs in his direction, its claw raised above its head.

The static about the blade grows and grows. Sparks begin to jump out in ripples.

The claw hits down with mammoth force, yet doesn’t make contact. The boy manoeuvres around the blow.

An opening clears. His blade drives into the enemies ribs, almost visible upon such a skinny beast.

The nalite is sent sprawling for a second time, though this time a large gash has been forged. One which absorbs the entirety of the electrical force.

The boy doesn’t waste a heartbeat, snapping straight back into action. He eyes the enemy as he approaches, watching as it struggles to stand. Every movement it attempts is met with nothing more than a shudder of electricity, shocking the limbs static.

He observes what he imagines as panic form upon the featureless face of the beast. Those pitch black eyes grow wider and almost innocent. They dart back and forth, from the skies to the trees, to the boy who approaches. The boy’s chest aches at such a sight. Any other time he would aid a creature in such need. Though now is not the time for remorse.

He whips his blade back and hurries his way towards the frozen nalite. His light steps barely break the surface of the soil as he strides closer. His vision switches from the nalites body to the ground on which it lays. He looks anywhere but those panicked black eyes.

"You put up a good fight." He says as he stands over the beast. "But I need your orbs. For Mama."

He takes a deep breath to steady the fluttering of his heart. He swallows a knot in his throat. With a shake of his head he makes his move.

Several steps of retreat give him space to watch the passing of the nalite. He’d witnessed it many a time in the past and even moreso within this last season, but even now his admiration for such an occurrence is as fresh as it had been upon his first kill.

A bright light wrangles at the opening of the final strike. Eventually it grows eroding everything from the breach until all that's left are two clear white orbs, floating intertwined with each other.

The boy shuts out the world after the passing is complete. He raises his chin to the scattered blues that can be caught between the thick bush of leaves from tall standing trees, and utters the few words he remembers from his time at the Academy; a verse from the old scripts of Evantus.

“NalasLitael, the father of the Nalas. Offer this being safe passage to the otherside, to a place worthy of his fight. Feed its xylex in warmth and honour to fill its energy to burst above. Guide it, so that not be taken by Ra’ka Ghouli, to take its rightful place among the stars above.”

Even now the boy struggles with some of the terms. He’d spoken these words after each and every successful hunt, and would do so as long as he remembered. After all, it was Olybrius who first spoke these words upon the passing of his father after they battled for Evantus. Yet more importantly to the boy, it’s the words his mentor spoke after he was instructed to plunge a dagger into the weak spot of his first.

He opens his eyes slowly without a word of response from the presence he spoke to up in the clouds. His attention returns to his current objective.

He takes a moment to straighten himself out. First he manoeuvres his dirt covered kneepads back into their rightful place. He then readjusts his brightly coloured shirt and shorts, which managed to work themselves into a less comfortable position during the battle. Finally he works at an itch that has recently found its way to the base of his nose.

Once comfortable, he reaches down to the green leather holster at his hip and unclips his absORBer. With the barrel of the gun-like object pointed in the direction of the orbs he pulls the trigger. A bright blue beam shoots out, drawing the orbs towards him. His breathing grows heavier. He can feel his xylex drain as the orbs move ever closer.

Slowly but surely, the orbs are drawn in and then break down until they’re completely absorbed. A bleep confirms the transition as two green '1's' appear upon a dark screen to the top of the metallic shaft.

At this point, his finger eases off the trigger, and the blue beam eases off to nothing. The gun shuts down, all except the screen which still holds the two green '1's'.

Upon completion, the boy's heavy breaths flutter. The sounds of chuckles, then laughter take over. A huge grin finds its way from one ear to the other and he drops down onto his back with exhaustion, yet a clear expression of delight is released as he shouts "yeah!" at the top of his lungs. 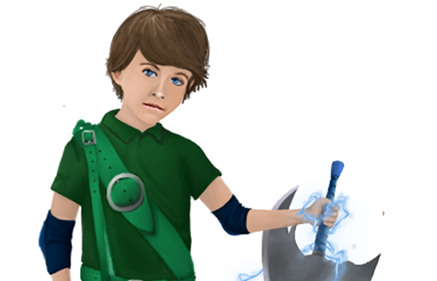 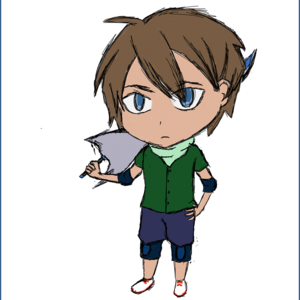 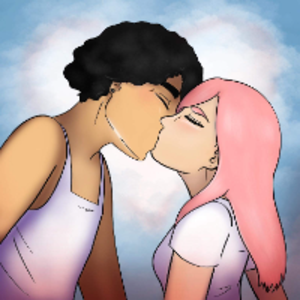 The present tense is an interesting choice. It makes the action seem very fluid and intense. 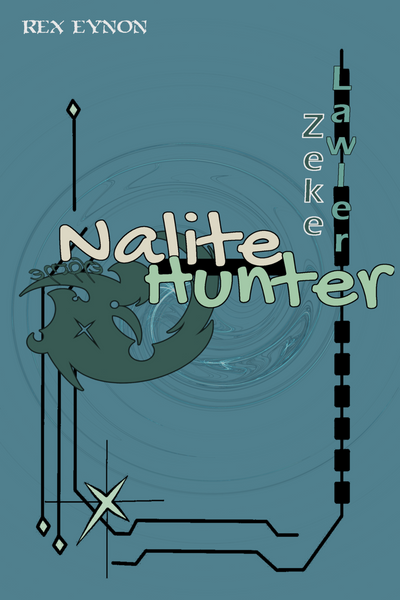 The life of a hunter is a perilous one. It can lead to great riches, experiences beyond the wildest of dreams, and fame so vast that names are whispered within the depths of the darkest caves. It can also lead to a life of poverty, death and obsession beyond the human minds comprehension.

Hunters are knights among men. They travel the lands to rid the world of the most vicious of Nalites. Some are as helpless as newborn babies, and others are as dangerous fiery volcanoes. All need exterminating before the rot makes them uncontrollable.

Zeke is one such hunter, forced to bypass his training to hunt low leveled Nalites. Both he and his father have vowed to do all in their power to raise the funds needed to treat his mother's life threatening illness. Even if it means losing his friends and the ranking he worked so hard for in his academy.

Though it isn't only low levelled Nalites that lurk in the shadows of Caplao Forest...
Subscribe 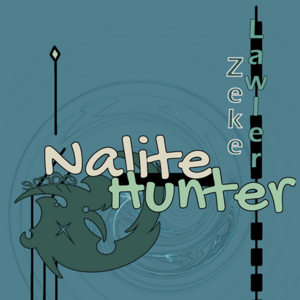