Have you ever wondered what lurks beneath the veil of what we call death? Shrouded in mystery there is a world we fail to see– to acknowledge. Where life and death exist together.

Once upon a time, in a tiny kingdom, there was a prince who had a best friend. In time, the prince became King, and when he did, he made his best friend the grand duke. This story is not about either of them. It's about the grand duke's son who was forgotten.

The city is actually the royal city, of a pretty tiny country. No one pays it any mind though. It's not in any strategic points of interest on the landscape. On one side it has a small bay, perfect for trading, and on the other, are tall steep mountains. The kingdom only ranges a few hundred miles in size between the bay and the mountains. The royal city is located inland of the bay, so it has no harbor itself. However the city slums run-on and connect it to the next town at the harbor, making it seem like one large city.

The king does good in making sure all the neighboring countries are welcomed with open arms and diplomacy flows well. The grand duke helps with this, accommodating any guests into fine mansions and manors while they visit. In the center of the city is the palace, up long flat stairs, where the entrance has a fountain where people can sit on the edges while waiting to meet up with friends and family. The southeast leads to the slums, and then the harbor, where lots of trade happens. The northern areas of the city are left to the richer folk, and those who actually live within the city. One of the best places for a quiet stroll is in the northwestern park, where a large maple is surrounded by cherry trees and small fir.

On a bright clear afternoon, a young man was walking down a busy line of shops. It was slightly cold, but not enough that he needed a jacket. He was dressed in slacks with a button up shirt and a vest over it. The collar around his neck was mostly decoration, but it served to keep his neck warm, while his pink hair had nothing on it. It was simply curled into a few locks, sticking to his cheeks and between his eyes. In his arms he carried a small white box; a package of pastries he'd bought from a previous shop.

Everyone knew about it. And because everyone knew, if I ever said anything about it, they responded appropriately. Telling me it was a dream I'd had.

Since he'd finished buying what he came into town for, Will was on his way back to the manor. A large fancy manor owned by the Grand Duke. Passing a few shops, Will glanced down a dim alley way. His eye had been caught by a silver glowing light down it. Interested, he went down the alley. As he came closer to the light, the sounds of the street behind him became quieter and he could make out the front of the small eerie shop.

Hanging from an iron pole on the wall was a strange flat triangular design that lit up the entrance. Hanging from the pole was a simple plaque for the store's name. The storefront had a large gothic window with three smaller windows framed within, each with diamond bars running through them. The door was large and wooden, with iron swirling details that mimicked vines.

Will tilted his head to the side, sure he'd never seen this store before. Curious as to what they sell, and since he still needed a gift for his father's birthday tomorrow, he opened the door and peeked in.

It doesn't look like anyone's here… Will thought as he looked over the shelves of books and mysterious bottles from the doorway.

Suddenly, a blond popped up from next to the front desk, smiling to him. “Oh! What a cute human!”

As her hand reached for him, all Will could think was, Did she say…human?

“Come on in, cutie pie!” She exclaimed excitedly, dragging Will into the shop without so much as a second thought. She smiled, her long blond hair framed her white skin and yellow eyes. She gestured to the wares saying, “We don't get very many humans wandering in here… Let alone cute little boys like you!” She smiled sweetly, matching her rosy perfume that came wafting to Will. Her voice was clear and seductive, yet very businesslike. She was flirting with him just for business. “Welcome to the Threshold store, Nocturne.”

Will raised a brow, holding his box of pastries close to his gut. “Threshold?” His blue eyes studied her as he thought. What's this crazy sexy chick babbling about– and why does she have elf ears on?!

Standing so close to her, the smell of roses was strong. Growing. Stronger, and stronger. Will couldn't even smell the pastries in his arms now.

I think I fell into a rabbit hole. Crap!!

And then, Will fainted. 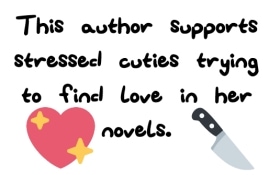 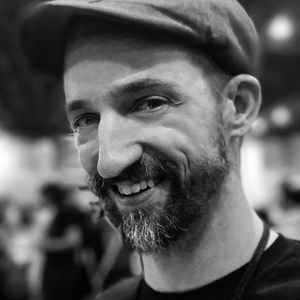 I love how you twisted an old opening line. Very cool read!