Of Bones and Blooms

The stench of death clung to Ophelia.

Sickly, sweet, and floral, it followed her like a shadow. When she woke, it tickled her nose. When she slept, it crept like footsteps in the dark. The perfume of the dead buried in her skin. Others swore they couldn’t smell it. They’d compliment the pleasant bouquets of flowers and musk in her perfume. Life, they said she smelled like, but all she could sense was death.

Even in the wafts of the flowers, musk, and earth, Ophelia thought of it. The life they said she smelled like, were the things she stuffed into the crook of her plague mask. When she walked through the lower levels of the city, all the way to the forgotten caverns, and even when she climbed to the Vista, the scent of death was always floral and sordid.

The sight of her in Vissereth was enough to stir hearts. A giant, wide-brim hat, tinted lenses, and a plague-mask stuffed with dried flowers concealed her face. A cloak muddied at the trim hid the rest of her. Undefined, but undeniable, Ophelia was an omen. She moved silently through the various levels of the city. She did not speak, nor show her face. The citizens of the three levels weren’t even sure if she was really human.

When parts of her did show, they caught glimpses of her skin and hair --both bone-white. They rumored that her eyes were dark and abyssal. They were caves without lights. The city gossiped and brewed on the talks of the bone-colored woman. For years, they wondered where she had come from. They speculated if she was a Low-Pale who had crawled up from the forgotten level of the stacked city. They were suspicious of her real identity. They questioned her career.

How could someone, with no name or wealth to speak of, haunt the city from top to bottom, when without Gods or Kings, Vissereth praised only blood and money?

They thought her a phantom, and then prayed they’d never see her face-to-face.

Ophelia did not add to these rumors, but she did not stop them either. In the end, she found, it wouldn’t have mattered. They saw her as a harbinger and that was that. While in her cottage in Midtown, the middle-level of the stacked city, Ophelia kept to herself. She sat in the back garden, under the lanterns and false sunlight of reflective bronze mirrors, and turned soil.

She spent most of her days here, alone.

Ophelia was there when a triplet of knocks resounded in her cottage. She wiped the dirt from her hands against her pinafore as she stood. She sailed barefoot over her moss floors.

The hand motioned to knock again right as she pried the door open.

A man in a tricorne hat and black leather garrick blocked it. He said nothing as he delivered a rolled message to her. The moment it was in her grasp, he tilted the brim of his hat to her and turned off.

Ophelia watched for a moment, then when she saw a neighbor down her street peek a head towards her, she slipped back into her darkened abode. She stepped into a lantern as her fingers unfurled it and broke the golden wax seal.

“So soon?” Ophelia stared at the paper. Her brows furrowed as she walked through her cottage and to the potbelly stove in her kitchen. She crumbled it in her fingers before she pulled open the grate and tossed it to the embers. “That’s the second time this month.” Her eyes drifted to the wall of plants, mushrooms, and greenery.

Air escaped her lungs as she shook her head and once more moved to the entryway. She slipped on her stockings and shoes, happy she wore her working stay than the standard fully-boned one, and peeled off the dirty pinafore. She ran her hands over her plain green petticoat and adjusted the jacket over it. It was a simple outfit, but it was hardy enough for work. In the shadows of the Midtown, it also kept her warm; but she was about to go to the Vista.

Full and unadulterated sunshine blanketed the top-level. Named the Vista for it’s vast scenic views of the southern bay and ocean, and for the natural sky, it was beautiful and idyllic.

Ophelia tied a linen fichu around her neck and shoulders and slipped on gloves to protect her arms. Her leather satchel full of supplies hung off her frame, the infamous mask tied to a strap. The cloak concealed all of it. She turned over to her cottage for one last look, hopeful to be back in her garden, before she placed her lenses over her eyes. She stepped out the door, but reached a hand back to grab her straw hat.

With her back to the lane, she locked the door, and pulled the hood far over her face. She took a deep breath and started the long hike upwards. On her street, a neighbor hung out the window, slapping a rug free of dirt. They waved to Ophelia politely, who turned to them and nodded. She stared for a brief moment at the rug. It rippled like a banner with every pound of the neighbor, but all Ophelia could see were entrails.

At the end of her street, Ophelia turned onto the main thoroughfare. It bustled with city traffic. Barkers sat on the edges trying to sell wares while carriages and wagons rolled past. Though the layer was shadowed, the denizens were lively. She walked to the edge of the level’s perimeter and turned towards the large double-helix.

The massive structure wound as two separate roads from the top level of the Vista, all the way to the bottom Low-Pale. One was a tighter staircase, the other a wide ramp. It was busy and covered in sunlight.

She approached the bottom stair and tilted her head back. A hand went to the back of her hood. Ophelia huffed then started the climb. Those on the stairs grew silent when she walked past. Parents held their children a little closer. Peddlers took one look at her and rested their voice. The moment she was gone, the noise resumed.

It was on these long adventures, Ophelia grew more confident in the hypothesis the vast stairs were there to remind everyone Low just how far above the noble families were. In order to grace the Vista, one had to ascend.

When she finally reached the top, she broke off to the side and trailed the railing to an outlook. Sea birds circled and called. Some drifted and landed on Vista family ships far below in the harbor. The cliff face was severe, but that allowed for panoramic views in nearly all directions. The breath she tempered came back to her after a moment.

Ophelia waited for only a second before a guard pointed towards the gatekeepers. He threw a hand out to them and held the rifle over his shoulder steady. “What do you mean, who? I said open it!”

The gatekeepers jumped and yanked. The grinding metal made Ophelia’s back shiver. Three years of making this climb, of hearing those gates, and she still was not used to it. They nodded to her when it was open, and she moved down the long driveway of loose gravel.

As Ophelia climbed yet another staircase to the massive entrance, the House-Butler opened it before she could knock. He tipped his white-wigged head in a bow, hands pointed into the foyer. Without a word, he followed her down the hall and into a parlor. Then he bowed once more and closed the tall painted doors with both hands.

“Inform Viscount Manchester,” he said, “the Gardener has arrived. 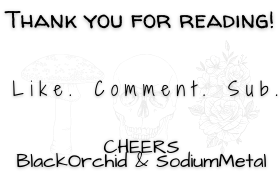 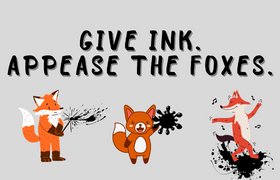 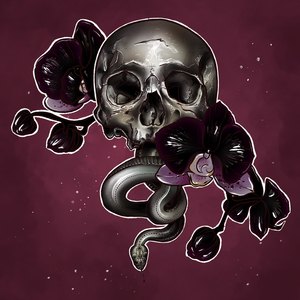 [V2] (this episode is a revised version)

Break out your trowels and watering cans, because here we go!

--Thank you for reading. We hope you enjoyed it. Please, like, subscribed and leave a comment. We love reading them!

Next time: The Manchesters and why do they need a Gardener?

I love the descriptions~! The writing is so fluid, everything flows well in my imagination. I love how things are laid out, how we're shown Ophelia's standing and reputation in the city and her attitude towards them all. +How she finds comfort in her garden~ This is stunninggg! 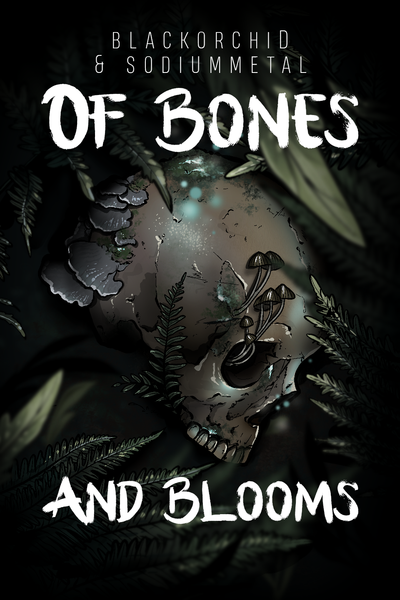 Of Bones and Blooms

Ophelia uses her magic as a for-hire decomposer to bury the worst scandals of her city for the rich and powerful at the behest of the mob; but when tensions start blooming in the slums, how long before the keeper of skeletons is buried with them?

~*~
Political, Social, and Period DRAMA set in a stacked FANTASY city in a vaguely French Rococo + French Revolution era, which features Mobs, Noble Socialites, swanky parties, Pirates, street-fights, and some citizens with varying degrees of magical powers, all vying to steady (steal) the wobbling power balance as some unknown force from the city's caverns is revolting.

Caught in the middle is, Ophelia --a for-hire decomposer for the Mob and hides scandals big and small for all of the city. Despite having some of the city's most powerful allies (and some a little more than 'friendly'); she struggles to decipher who is actually on her side, and who just wants the secrets she knows.
~*~
(Co-Writing Credits to: @SodiumMetal) 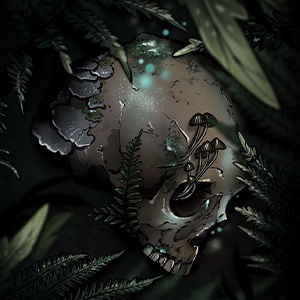