Point of No Return

“How’re you holding up?” Ogre said, and I realized I’d been standing still for several minutes, just staring at everything around me. “Handling it okay?”

I nodded and took a few more seconds to find my voice as we walked along the street with her boyfriend, Alvin.

“It’s … a lot to take in, but I’m okay.” I moved slowly forward, staring at the cars and trucks passing by. “The shapes of some of those are so odd.” I faced forward to be sure I wasn’t about to bump into anyone and noticed the traffic lights up ahead. “And those are so bright.”

“They’re LEDs.” Alvin laughed softly and slipped his hand into Ogre’s. I glanced at him and raised an eyebrow, and he clarified, “Light-emitting diodes. The first use in electronics was around ten years after you went into cryo, if I remember correctly.”

“Ah.” I chuckled and shook my head. “I guess I should’ve spent my first few weeks reading up on what I’ve missed, but I wanted my first look at the world to be untainted.”

“Well, that’s why the Institute asked us to tag along. We’re here to answer any questions you have.”

And to keep me out of trouble, I figured. A sensible precaution. I’d skipped sixty-seven years between the time I was frozen and the day they thawed me out, so I could imagine all sorts of ways I could blunder into awkward situations. But after spending a week in a hospital bed recovering, I’d been eager to see the new world I’d found myself in. It was why I’d volunteered for the project in the first place.

“It’s surprisingly similar to the world as I left it in 1952. I was expecting … I don’t know … dirigibles, rocket ships, and flying cars.”

“Yeah, I guess so.” One thing I’d noticed immediately that was vastly different from before was the number of women in roles I wasn’t used to seeing them in. Administration, medical -– doctors as well as nurses -– even security. I’d already spotted a few driving police cars as we walked from the Institute to one of the city’s main streets. I’d had the presence of mind so far to hold my tongue until I knew more about the world.

Not that I found anything wrong with it. My tendency to always have my eyes on the future was one of the reasons my application to this program had been accepted. Other applicants had probably been more qualified, but as far as I knew, I was the only one with no family or friends to leave behind. The guys I grew up with had always been interested in little more than sports, but I never was. I always had my nose in a book or a pulp magazine or a comic book after school.

I was always the kid who got sand kicked into his face at the beach, so by the time I was thirty-five, I had no one left to miss and no one who would miss me. When I heard about the program, I signed up without hesitation in hopes of waking up to a better tomorrow.

Alvin and Ogre had been assigned as my guides into this new era. When we were introduced, I was told they had been high-school sweethearts and had gone to work at the Institute after graduating several years ago. And what an odd couple they made. Alvin was wiry and had long, dark hair, while Ogre was over six feet tall and had the body of a stevedore -– which, I assumed, was where her nickname had come from. I wouldn’t have admitted it to anyone, but she was kind of scary, though she seemed friendly enough.

The intimidation factor was another reason I hadn’t commented on her being female … not to mention the color of her skin. Dating a white kid would’ve been incredibly dangerous for her where I was from, but if things were different now, that alone was enough cause for celebration.

I continued walking, keeping my eyes on the sky for a moment longer, disappointed that there were no dirigibles. I did spot a couple of airplanes, but aside from the size and shape, they didn’t look too out of the ordinary. At least the blue sky with a few wispy clouds and the warm temperature made for a pleasant summer morning.

I returned my gaze to the ground and noticed a handful of people walking toward us. The pair of young women among them were dressed … rather immodestly, I couldn’t help noticing. The three guys walking alongside them came straight at us and didn’t try to move out of our path, so I stepped to the right to make room for them. One of them moved in the same direction and bumped into my shoulder hard enough to knock me off balance. I regained my footing and shook my head as they passed by.

“That was rude,” I grumbled -– at the same time noticing Ogre was already turning around and taking a step toward the one who’d charged into me. “Uh, what are …?”

She grasped the back of his shirt, kicked his left leg out from under him, and yanked him straight down. His shoulder blades slammed into the pavement a split-second before the back of his skull thumped down and something slipped from his left hand. Ogre leaned over to pick it up.

I gaped at her and my heart pounded. She and Alvin were supposed to be keeping me out of trouble, not …

“He picked your pocket.” Ogre held my wallet out and I stared at it for a few seconds before accepting it.

“What …?” I kept staring at the wallet in my hands as she faced the guy’s cohorts. I hadn’t even felt his hand pull it out of my pocket. “But … what?”

The thief pushed himself slowly back to his feet. He turned, took two steps toward us, stumbled to the right, and toppled over again. One of his friends started to lunge forward but froze when Ogre flexed her muscles. The already-tight sleeves of her T-shirt looked ready to split open.

The whole group took a step back. One of them held a hand up as the others helped the pickpocket to his feet and continued on their way.

“Sorry,” the other guy said as he backed away. “We don’t want any trouble.”

Ogre merely stared at them until they reached the next corner, turned left, and disappeared behind a grocery store.

I caught Alvin grinning from ear to ear in the corner of my eye. He slipped his hands around Ogre’s waist.

“All the blood’s leaving my head.”

She chuckled and gave him a peck on the lips before glancing at me and nodding over her shoulder.

“Let’s get the hell outta here before somebody calls the cops.” 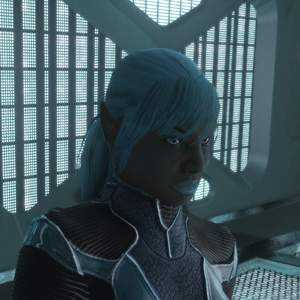 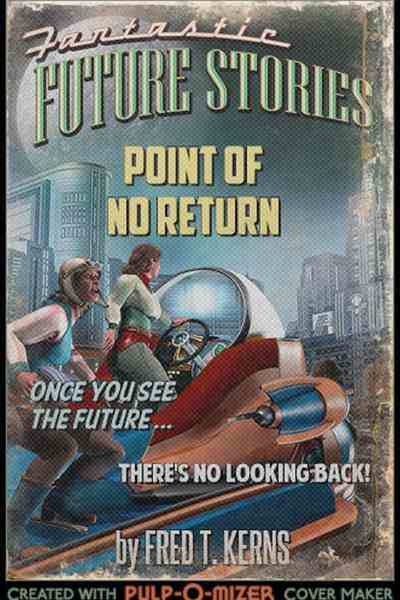 Point of No Return

The subject of a cryonic experiment in the 1950s is thawed out in 2019 and quickly learns that the future isn't what it used to be. Originally written for a contest last year.
Subscribe 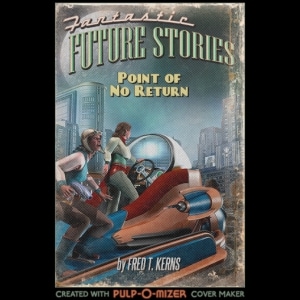