Punish Me With Ecstasy

“Help!” Coven Witch Angara yelled at the top of her lungs. Her heart racing as she pulled and tugged at the chains that bound her

All she knew was that she was naked in a blacked-out room. Barely able to see her hands in front of her face. The smell of dry ice and metal hit her nose, making her teeth clench with the cold air that sat around her.

How did she get here?

did it even matter now,she was already trapped?

No the onlything that mattered was her escape.

Getting to her feet, Angara started to pull at the heavy chains once again. The loud sound of the chain against the icy floor filled the room around her.

Angara was NOT the kind of person to give up easily, and she’d be damned if she died in some dark abyss. “Come on! damn you, Break.” She  said not caring if the chains bit into her skin.
Angara prayed silently to herself asking the dark goddess to gift her with the power to vanquish her enemy and all who follow them. . . Just like she had done to the bullies on her street, who liked to throw glass bottles at the skinny witch girl. Just like she had done to her older brother, who liked to touch his little sister when no one was looking. She would get out of this alive, and this would be just another, moment she looked back on to give her strength.
Pulling and tugging the chains once more before she took a moment to rest.

That's when she felt it, a pulse of power beating its way closer.

Angara let the chains fall to the floor as she slowly turned around. Right at the edge of darkness stood a man . . . No…. Not a man, a demon. And not just any demon, but an Incubus.
Angara took in a sharp breath of icy air, at the beautiful horror, that was an Incubus. His true form bringing blood-red tears to her eyes. Most Incubus had dark gray skin, yet his skin was lighter, more silver, the sensitive ball that sat at the end of his long thin tail was fatter and his brown eyes were almost gold. His hair was a deep purple that was so dark it could almost pass for black.

If she had been a lesser witch.

Like those of light magic, there was no telling what would have happened to her. Just looking at him was painful, and she had been a dark witch for thirteen years.

Yet through the pain of truly seeing him in all his dark glory, Angara's body was awakening in every way to his need. Her skin grew tight and sensitive, her nipples hard and tender as her pussy became a soft inferno of wet heat.

As if on instinct alone, her legs parted, impatiently awaiting his dominating touch. A touch she knew she should fight but found herself wanting more and more to happen. It was a sexual energy the Incubus gave off, an energy she could feel from where she stood, chained and at his mercy.
But then Angara had always been told that demons have no mercy, just a need to deliver justice of wrong doing. Though there kind of justice was that of a painful kind, the unforgiving kind.
But what had she done to be taken before her given time. . . Before her death. What had she done that made her stand out of her coven? They were all the real monsters . . . Not her. She did only what was needed to live in this world. Nothing more, nothing less . . . Sure, she used her powers for shits and giggles but who hadn’t. Not all of them ended with death.
So why was she being picked on?
She was as good a dark witch as it could get. You couldn’t find a better one.
“It is time Angara," The demon said, the shadows holding his powerful body close, like a lover of old. No words could rightly paint his essence, a wonder of darkness that light could not touch, and yet it couldn't help dancing around, as if the light was begging for his touch as well.

His aura wrapped around her, held her, and strangled her . . . It was a sweet embrace of death. A death she wanted . . . Needed.
NO! wait that's not what she needed, she needed . . .She needed him.

Needed their naked bodies…. Rubbing, mixing, making the beast with two backs, she wanted it all, and yet nothing to do with it. Because she knew it was not real . . . That this lust was pushed upon her.

This creature in front of her was death, someone she had walked hand in hand with at one time, but now he stood against her. She could see him watching her with cold dead eyes. Where souls screamed, and yet all her pleasure seemed to lie. His passion would be her end and Angara wonder how long she would be able to fight it.
“NO!! I’m not evil! You can’t do this, I did nothing . . . Nothing!”
A laugh so far from human that it had to be demonic cursed her ears. “You don’t remember what you did to me do you?”
As if his words were the command, her chains move above her head. Angara gave a scream as she was pulled onto the tip of her toes. From the darkness, two more chains came out like snakes wrapping around her ankles and pulling her legs apart.
Out of the darkness, the demon walked closer, his bigger than human cock sat heavy and ready. Putting her in mind of an elongated pearl too big for two hands to grip. He walked around her, coming in and out of her vision with light amusement. Fire heated her body and hardened her nipples until it was almost painful. The wet blaze of sweet heat that was her pussy ached and throbbed for a touch she could not give.
“Damn you!” Angara cried out as sexual heat pushed at her every cell, making her mind fog as if looking through a dirty mirror. Finally, the Demon stopped in front of her, his eyes going dark like a swirling black hole. “I am your master now, do you understand?”
“Go back to hell, you monster!” She spat at him, letting her lust feed her anger at the cold hearted beast.
Lightly, ever so lightly, the demon moved his tail up her leg making her suck in a quick breath of surprise and pleasure. Her pussy grew tight with excitement, almost dripping with its need to be touched and penetrated. Right when the ball tip of his tail almost touched her hungry cunt, the demon moved his tail away, making her cry in frustration and fury
“Fuck you!”
The demon's face grew hard as he answered her. “Your master did not tell you to speak.” His hand smacked her ass, making her jump and hiss from the hard hit. Again he hit her, she was not only sure it would leave a red mark but would be painful to the touch.
With a dark chuckle of enjoyment, he rubbed his hand around her hips and across her belly. She could feel his breath next to her ear as he spoke, making her shiver and bite back a moan. “You will give yourself to me, body and soul little witch.” His hand moved lower caressing her clit with two fingers, making her suck in a soft moan of pleasure. “And you will like it . . . You'll begg for it.” With one hard move he smacked down hard on her pussy, making a sharp pain that twisted purely with pleasure, shoot through her body. Making her jump and pull away as he smacked harder and harder, each hit sending shock wave after shock wave through her body.

“Ask for more.” he demanded on a deep grumble of power.
“No” she barely got out.
Angara could feel his amusement as he moved his hand away from her pussy and once again brought it down against her ass. His firm hand against her soft ass, making her jump and groan from the painful delight he gave her. This time gripping her ass, as he used his middle finger to lightly touch the opening of her pussy. He lightly rubbed his finger up and down her soft heat, never entering her . . . only teasing her as he rolled her clit slowly then moved away. Making Angara moaned as she tried to push her ass closer to him. With a grumble of displeasure, the incubus moved his hand away and smacked her little red ass again, making her cry out with need, for his touch as he moved away.
The smacks to her ass stung so good, she could still feel his hand there long after he had stopped. Again he walked out of her vision, as she squirmed in need.
“Ah!” two hands eased their way up her thighs, his nails digging into her skin making her cry out in pain. His other hand lightly brushed across her nipples, making her bite her lips with delight. Her body was waking to his touch like never before.

It was clear he was training her. Training her so he could play her body till it made sweet music for him and him alone.
The ball of his tail slid in front of her and began to lightly rub her clit sending a jolt of pleasure even as his nails dug deep in to her skin and his fingers tarted to twist her nipples. If she hadn’t already been on her toes Angara knew she would have been rocking in to him.
“Do you remember what you did to me now slave . . . Hmm?” His fingers dug deeper into her skin as the ball of his tail vibrated against her clit, more powerful than any play toy she had ever had. Angara threw back her head and moaned, her whole body tightening before giving herself completely over to him. Letting the pleasure run through like a rush of water as she bit her lip to stop the scream when he hit just the right spot.
When he knew she was about to cum he stopped. Angara shouted and struggled against her chains, needing him to finish what he started.
“Floor.”
The chains became heavy, making her fall to her hands and knees. Pain shot up her body but so did pleasure.
“I am going to fuck you until you remember what you did. And when I’m done, not only will you beg for forgiveness, you’ll suck my dick as you’re doing it.” 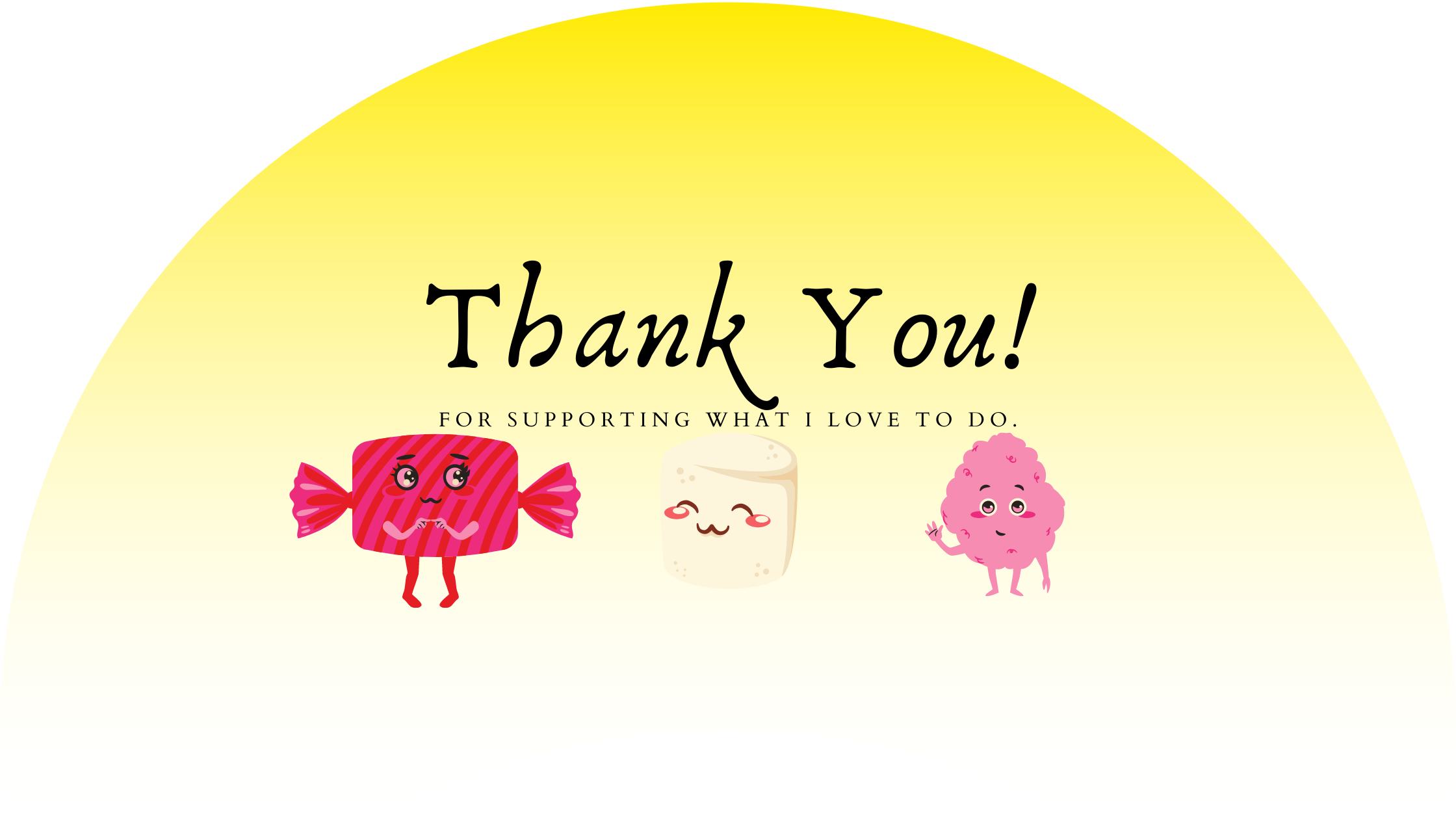 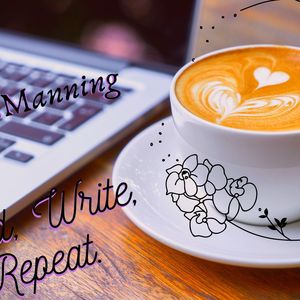 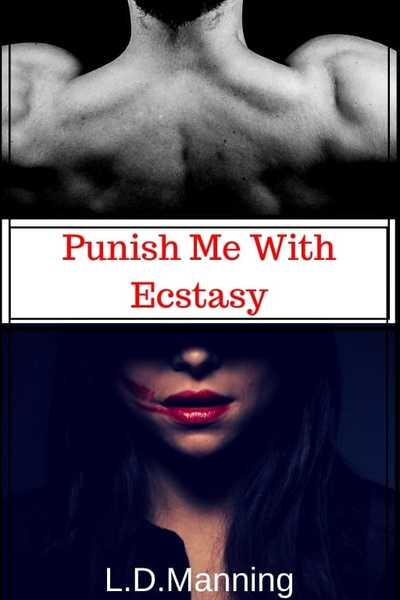 Punish Me With Ecstasy

Pay back has never been a greater ecstasy.

Angara has been kidnapped by a demon, and he will not let her go until she remember the wrong she has done him. . .
Dark tales for the darkest of minds.

This story takes places in a world where demons and sometimes angels walk side by side with humans. Welcome to the Incubus house where pleasure is inevitable. That is if you survive the night.
Subscribe 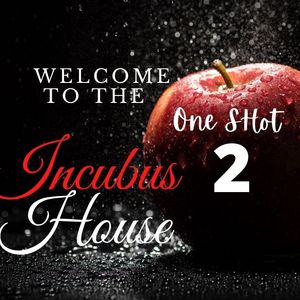