[Short stories] Below the Surface

In my high school there's a boy that nobody likes. He's fat, he's ugly, and he stinks. He’s very short-sighted, and his eyes look tiny through his coke-bottle glasses. He has braces and he goes to the orthodontist every two weeks because his teeth are all crooked. He has red hair, and in junior high the other students made fun of him because of his freckles. Now they make fun of him because of his acne. And since he is also short and has a turned-up nose, people call him “the ginger pig.”

I have known him for a very long time. We come from the same neighborhood, so we went to junior high together. To elementary school too. And even kindergarten. On the first day of school I sat in the back, and he did the same because he had been told that I had the same first name as him: Antoine. We were friends back then, and we played together every day. Now Ginger Pig doesn't have friends anymore. None at all. Even I hate him. We've known each other for so long and he won't let go of me. Because of that the others avoid me, because they don't want to be seen with him—they'd be too ashamed hanging out with Ginger Pig.

So when the bell rings and it's recess, I go sit on a bench and take out my sketchbook. Soon Ginger Pig joins me and he starts drawing with me. We don't talk, but at least I can still bear his presence during these moments when we draw—if only them. Ginger Pig has been drawing for a very long time. He's always been, in fact. In fifth grade, when he decided to take an art class, I followed him. Since then, we never regretted this choice—neither of us. We've worked a lot together, and we've made incredible progress. Now, I think I can objectively say that I draw well—but Ginger Pig draws even better than I do.

It's in junior high that things went wrong. After a while, as I grew tired of being excluded because of Ginger Pig, I decided to drive him off. But as I've known him for so long, I didn't have the guts to say things to his face, to tell him that I didn't want to see him anymore. So I tried to stab him in the back. I wanted to take up sports. Ginger Pig hates it, so I figured if I got into sports, it would drive him away.

But Ginger Pig is not just fat and ugly, he's also loyal. Very loyal. Too loyal. That idiot followed me, even though he hates sports. Since he's got quite some weight to carry and he has small legs, he runs slowly and runs out of breath quickly. He doesn't jump very high. And above all: he sweats tremendously. What he can bear the least about sport is to have to face the others' stare, their contempt and disgust at the sight of this small dripping pile of fat, doing his damnedest to keep up with them, to match their performance...

After each sports session, Ginger Pig would come and sit with me in the locker room, so I too had to silently confront his foul body odor and the aversion of others that had spread to me. And I shared the pain, embarrassment, and shame of Ginger Pig as he hurried to change his clothes to get away from this abhorred room. He didn't take a shower: he would not have displayed his naked body in front of the others for the world. Besides, they probably would have thrown him out shouting slurs if he had tried. So he waited until he got home and since we lived in the same area, I made the trip with him, sweaty and smelly. I don't really like sports either, so I gave up quickly.

Ginger Pig is really disheartened. He has always been nice to everyone, but everyone is mean to him. Even me. Even his mother. His parents broke up when he was in junior high, and now he lives alone with her. She blames him for being overweight, and she often yells at him: “If you don't make an effort, you'll end up like your father: fat, unemployed, alcoholic, and alone!”

Ginger Pig is in love with a girl from our class. Her name is Alexa. She is mixed-race, has olive skin and beautiful long, black and very curly hair, a thin nose, and big brown eyes you could drown in. She’s beautiful, very beautiful, and also very intelligent, and very popular. She is everything he is not. But most of all, she's the only one who doesn't despise him. When others laugh at him, she laughs with them, but Ginger Pig and I know that it's all fake, that she does it because even she is afraid: not laughing at Ginger Pig is prohibited. He sees in her eyes that she feels sorry and pities him, and I hear in her laughter that she's not really laughing. Her true laugh, that of when she's happy, is much nicer than that. So I forgive her cowardice, because I too am a coward.

Ginger Pig decided to die today. He told me to meet him at midnight, at the big bridge, the one over the river. I've known him for so long that I couldn’t bring myself to refuse. But before that, I wrote Alexa a letter. I told her everything. Like a message in a bottle, a cry for help. I attached a portrait of her that he drew and that I nabbed from him. It's signed: “For Alexa. I love you. Ginger Pig.” I think that deep inside me, buried under the layers of disgust and aversion I feel for him, there's still a little bit of the love I had for him when we were kids, when his name was still Antoine, and not Ginger Pig—a part of me that still wants him to live and be happy.

And now here I am, on the edge of the void. My eyes get bogged down in the murky stream. Ginger Pig is there in the reflection, and he holds out his arms to me. But as the river and the night get merged, as the top and the bottom get muddled, and the world tips over and my body with it... A cry breaks the silence: “Antoine, don’t!” And suddenly I’m grabbed and fall back on the asphalt.

That frantic voice, that hand on my wrist: it's Alexa. 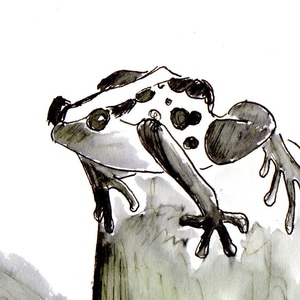 Written and translated from French by myself. Many thanks to my beta-readers. 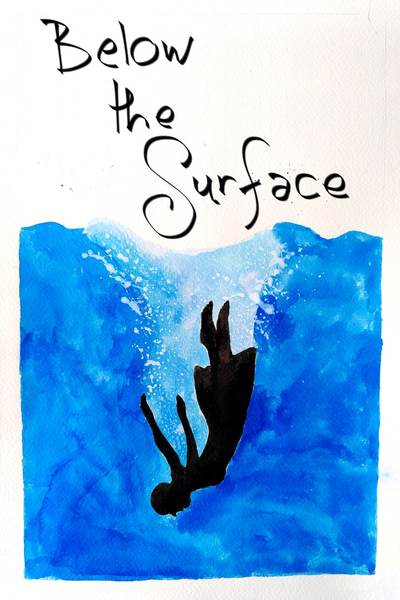 [Short stories] Below the Surface

Below the surface is a short story collection project focusing on ostracization, marginalized identities, disabilities, and other such issues that often stay hidden from the eyes of others. 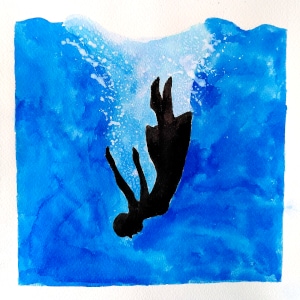