The rhythmic sounds of the sea waves were strangely calming, the sun had just barely peeked out over the horizon and the moon`s silvery rays only just beginning to make themselves noticeable.

The pier was all but deserted, only a scattering of people here and there. Turning my attention back, the darkening waves crashed up against the concrete and stretched out for me.

I needed to jump in.

Taking a deep sigh, I soak it all in. Gods know when I`ll be able to do this again.

"Excuse me flower, you wouldn't happen to have a light?" A gruff voice pulled me out of my state and I couldn't help but turn to glare at the person. The poor guy almost had a heart attack.

"No" I say and I can see he wants to run, but instead only retreats slowly with a forced smile before quickly backing away to his fishing spot.

I knew what he`d have seen, intense icy violet eyes that always seemed to give off this threatening aura of their own, regardless of what look. They were always the first thing people saw and more often than not, the last thing they wanted to see.

Turning back to the scenery, I gradually begin to feel an itch crawl up my legs, only small, but still noticeable. A voice in the back of my head is whispering something, urging me on, a twisting feeling pulling at my gut.

My hands grasped the rails tightly as the itch very quickly turns into a burning, ignoring it was impossible by now and I turn to look round me.

It doesn't take long to spot them, watching me from their place only a few meters away, the feeling that grasped at my chest was unmistakable. Of course I wasn't surprised that they found me this soon, they were pretty much everywhere.

So I didn't wait for them to catch me.

The climb over the fence was swift, as was the leap off. The air rushing up around me made me feel weightless and free, but was cut short by the touch of icy water as it engulfed my entire body.

Even through the searing coldness around me, warmth spread though my veins like wildfire, a tingling sensation in my toes and travelling up to my scalp, I`d have sighed if I could, the energy once coiled inside draining away and I head up, breaking back though the surface.

My fingers reached up to comb through my hair, once a dark plated brown now glittering silver, with some highlights of blue that would have reached down past my waist, fingertips briefly passing over a plat on one side of my head.

It felt nice to finally let go, it`d been way too long since my last swim.

I stretched out and for a moment watched as a powerful long fish tail slid out, the glacial blue scales glittering in the moonlight, the light only just catching off the slim streak of soft pink down the sides, before it was submerged again.

And lastly a pair of small creamy yellowish white wings perched themselves on my hips, melding into the tail.

With the pier behind me I knew I wouldn't need to see if anyone was watching, of course they are. I also knew what I`d get once I came back, but I`d deal with that later and so I dived back under.

It`d been an hour maybe longer before I finally re-surfaced again, the now dark beach is all but deserted and the only light is coming from the beachside town and fairground, the deep heavy sound of the bass music only barley reaching me out here.

I thought about staying here for a few hours more, unlike humans the coldness of the sea had no effect on me, if anything it was extremely welcoming, the waves almost calling me back under.

But I`m sure that I`d already pushed my luck as far as it could go already. Looking back to the pier, they were already waiting for me, no getting out of it now.

Pushing myself forward towards the town, I found a darkened spot and finally settled to shift near the edge of beach.

Unsurprisingly, they, of course, were waiting for me.

"Number 67, your on thin ice with that little stunt you pulled!" I barely hold back the urge to roll my eyes and briefly glance over at the two figures, a man and woman.

I ignore both of them as I move out onto the beach, that familiar warmth rushing through my veins as shifted. My scaled tail splitting into two human legs and the small wings receding back into my hips, my hair now taking on its brunette colouring again, even my clothes changed, a tank top with the word "Huntress" on it and the image of a crescent moon, a jumper tied round my waist with leggings and boots.

"Your kind shouldn't be testing M.Y.T.H`s patience" The one who I assumed to be male spoke and I quickly shoot a frosty glare at him.

At a first glance there wouldn't be anything special about them, dressed in seemingly regular clothing, easy to glance over. But to anyone who knew, you could see the faint outline of an intricate pattern woven into their skin.

"We`ll be taking you back 67-" the male says and reached out for me.

"I have a name, you lot gave me it, remember" I say slightly harsher than I intend and step out of his reach. Platting my hair back up, I hear one make an angry sigh.

"Cynthia Hart, you will come with us, or face complete house arrest!" the man says, full of superficial superiority and reaches for me again. Instantly I take another step away and quickly walk past them, pushing down my annoyance at his tone.

It all happened in a flash, when I turn round, I found him already pulling out some kind of metal object, what I assume to be a knife.

Instantly ice shoots up from the ground like a spear, a sharpened tip reaching for his chin, not to harm but to threaten, it was too thin to actually do any damage, but still it did the job.

He jumps back from the shock, staggering a little before quickly pulling himself together and comes charging towards me, full of fury and baring his knife. I ready for a fight again, more ice spears appear and growing around me.

I try to move as the knife slices past me, but it catches my cheek, making me wince slightly. However in return, an icicle lunges for his hand, knocking away his knife and I smile briefly, but he grabs the ice spear, shattering it in his hands, I can see a sly smile stretch across his face.

He throws a punch, which I manage to dodge and then again on his second one, my chest burning as I try to keep myself moving. Physically I know he`s stronger than me, he`d have to be if he was a M.Y.T.H agent. But he can`t hurt me, if he can`t hit me.

And my idea works for a while, I can see him getting more and more frustrated, his movements getting sloppy and I`m fairly confident that he`ll get tired before I do.

But something flashes in the corner of my eye and I`m distracted. Even if it was just a moment, it`s enough for him to get close and grab my hair, pulling tightly at it.

"Finally got ya, ya little c-!" he draws his fist back and-

The voice is only soft but still demanded respect. The agent stalls, looking towards the woman, a look of shock spreading over his face while hers is completely calm, almost unnervingly so. It takes me a moment to really understand why.

All around us are M.Y.T.H agents, all armed, ready and waiting to jump in and use any force necessary, once given the signal. I kick myself for getting pulled into this fight in the first place, no doubt I`m definitely under house arrest for this.

"Agent you will control that anger, or we will control it for you" she says and I can see my opponent go ridged, before stiffly nodding, letting go and my hair drops back to my shoulder.

"Now then Cynthia, you understand that you can not be allowed to go free for this. But we will have to deal with you elsewhere" she moves towards me.

"And if refuse to go" she smiles and looks to her small army of agents.

"You will come" is all she says and I see the agents start reaching for their weapons.

We all know this is a fight I`m not going to win. The head agent lightly presses her hand on my back, gently but firmly pushing me up towards the car, waiting for us at the top of the path.

The male agent follows after us, glaring at me, which I return, before looking back to the car. This time I manage to push back my annoyance at the sly, under the breath comment he makes. 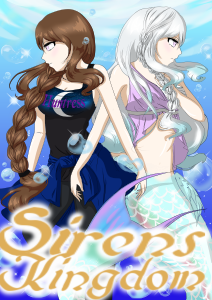 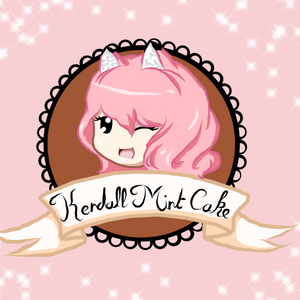 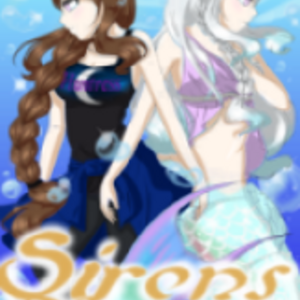 The sea is a deep dark place and most of it is still a mystery, just like Sirens are. Sea dwellers both proud and dangerous, Cynthia is one of them. Living on land with her grandparents all she wants is just to be left in peace. But life has a different plan as someone is killing sirens, she will have to work with organization M.Y.T.H to find out who it is... Before they find her.
Subscribe 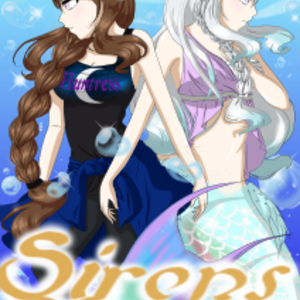