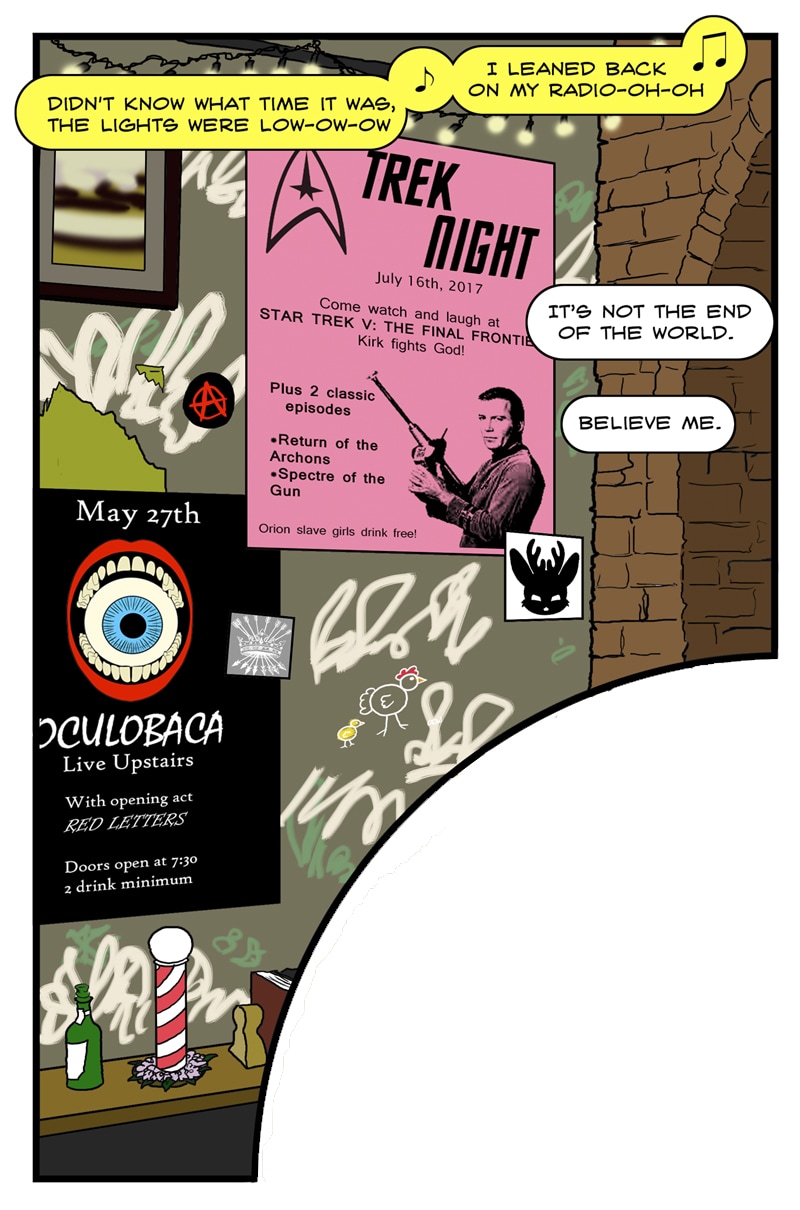 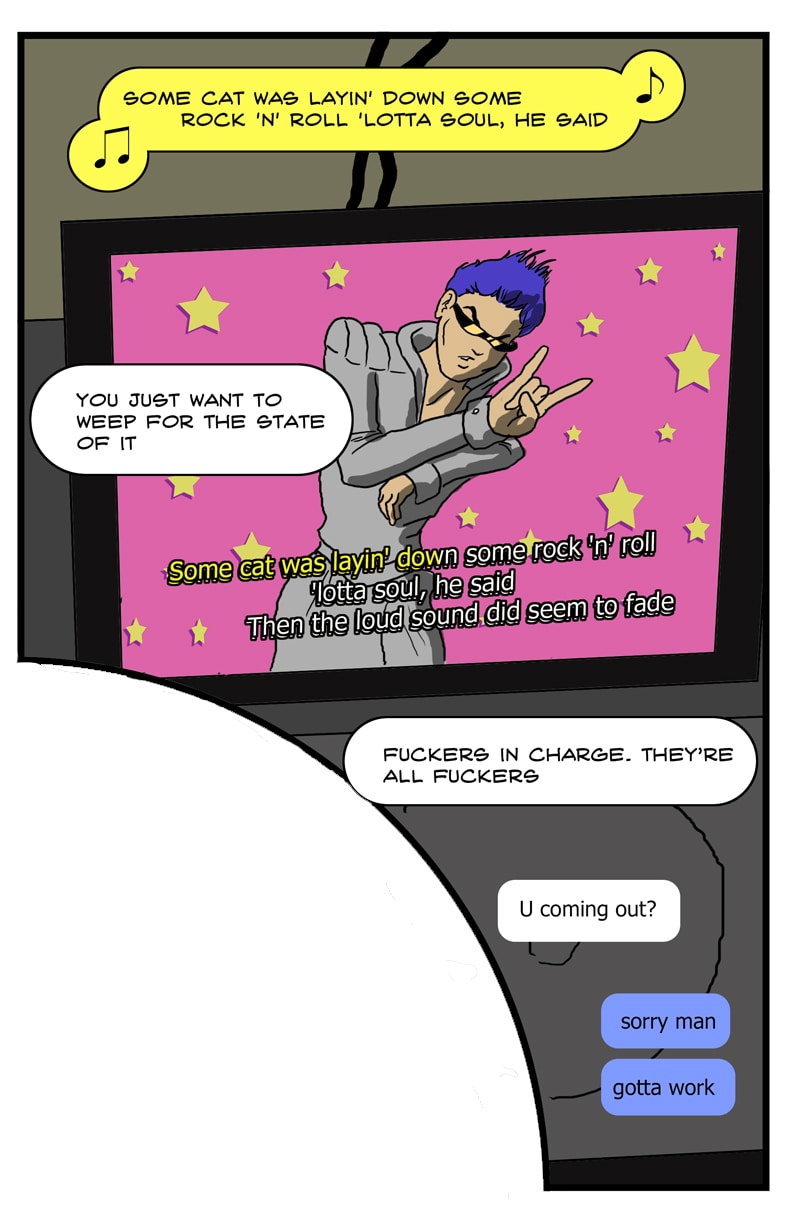 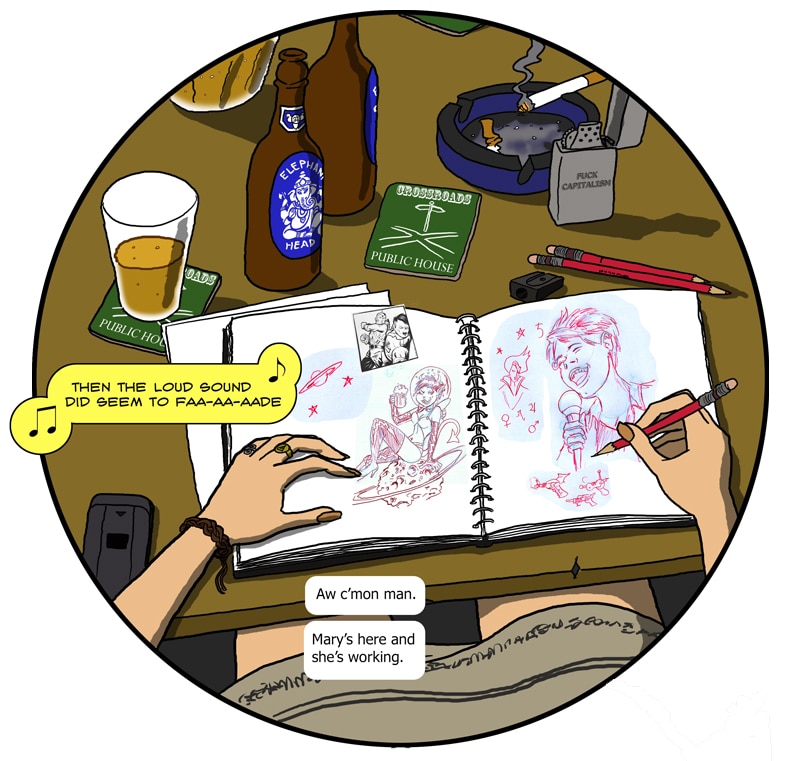 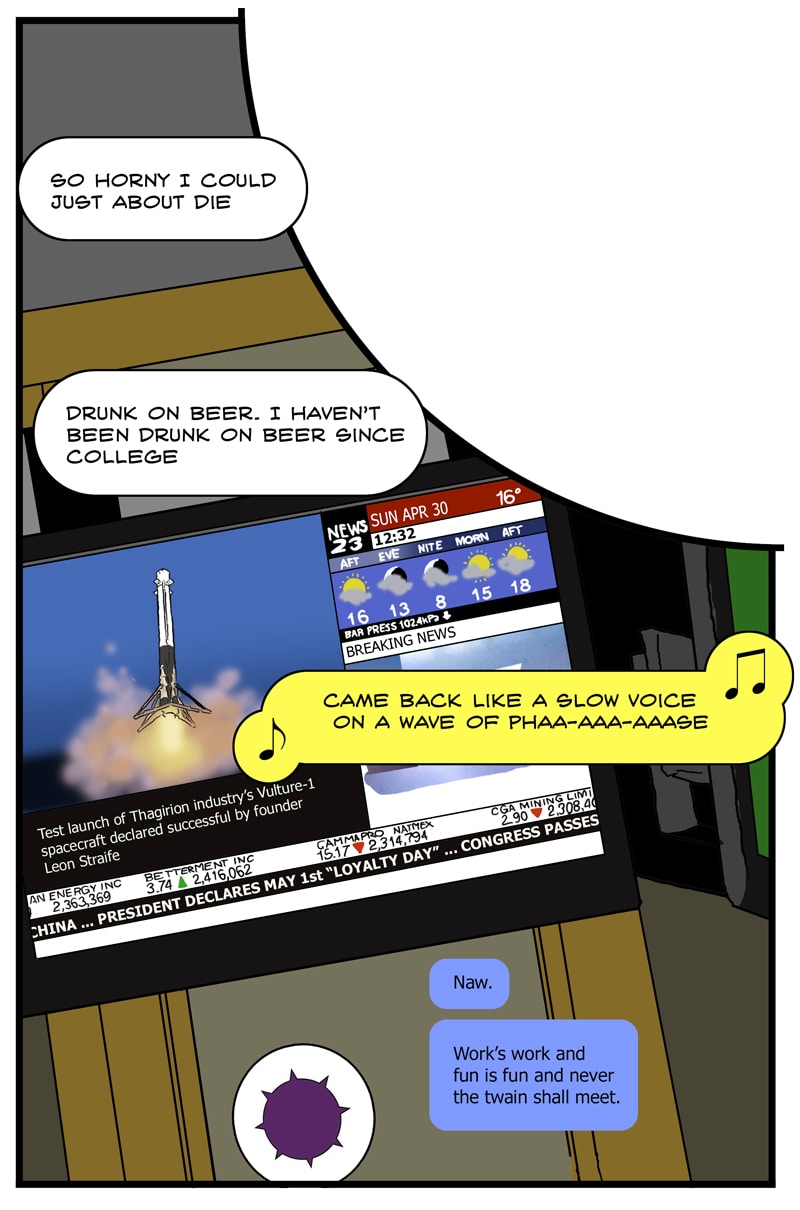 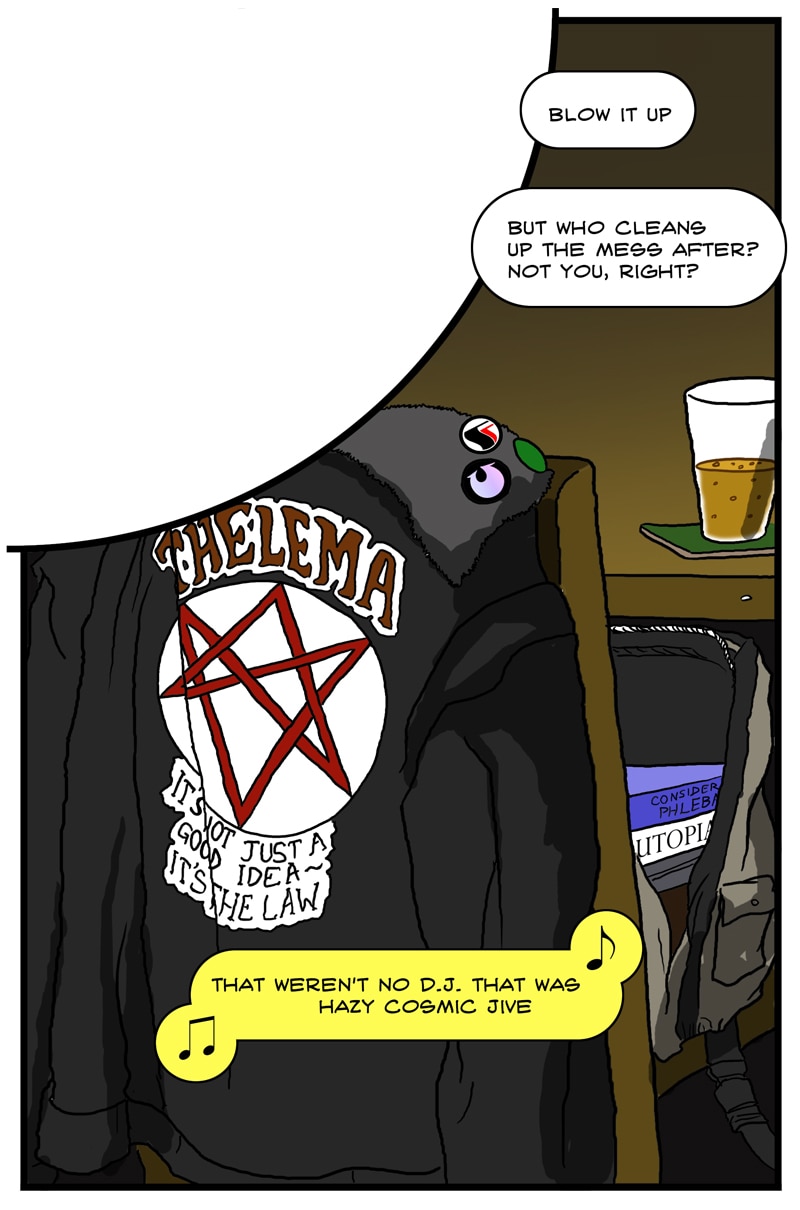 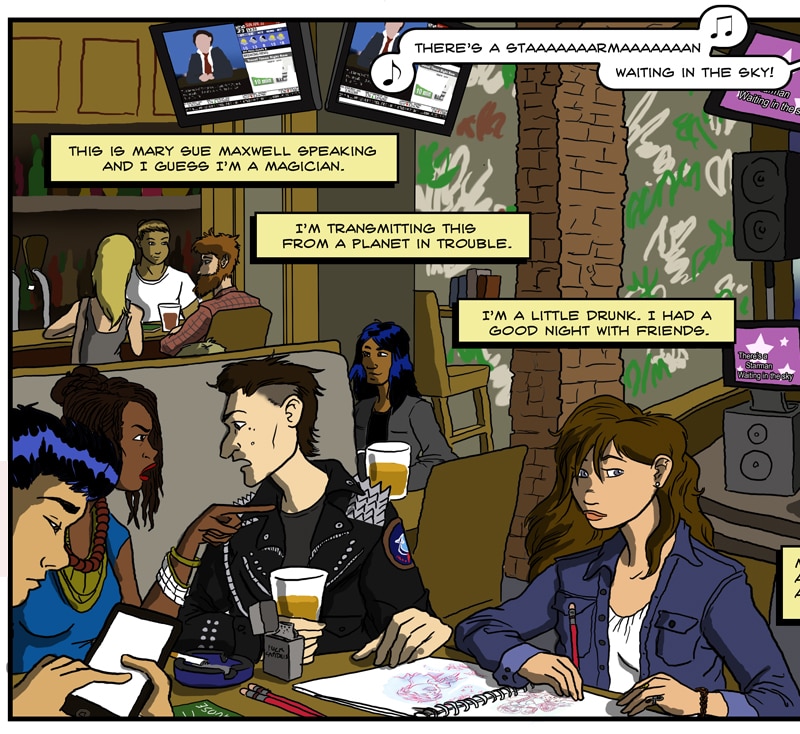 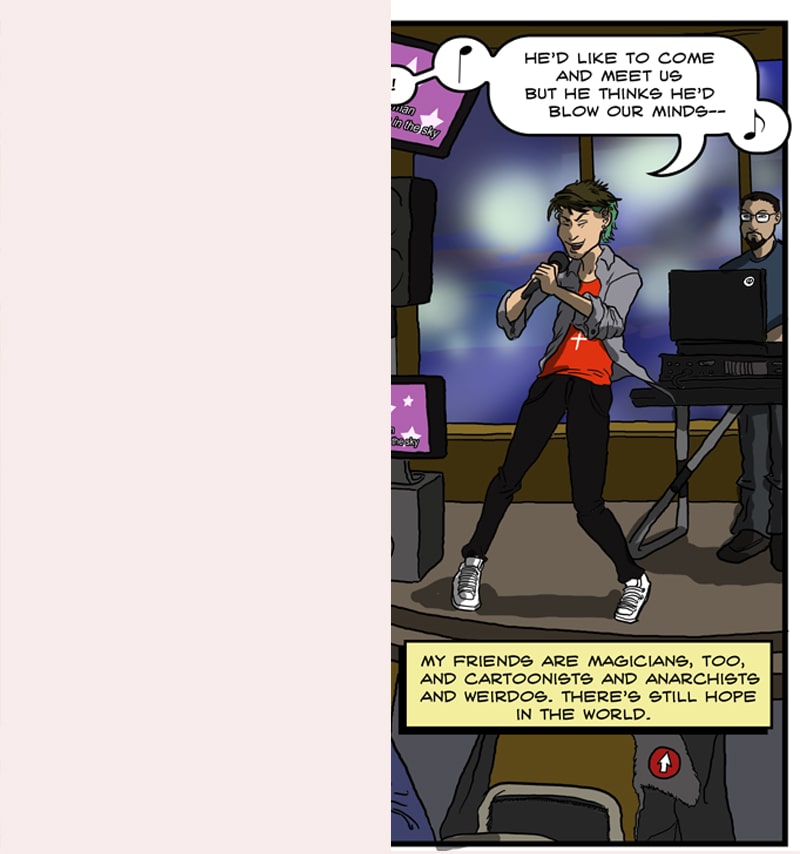 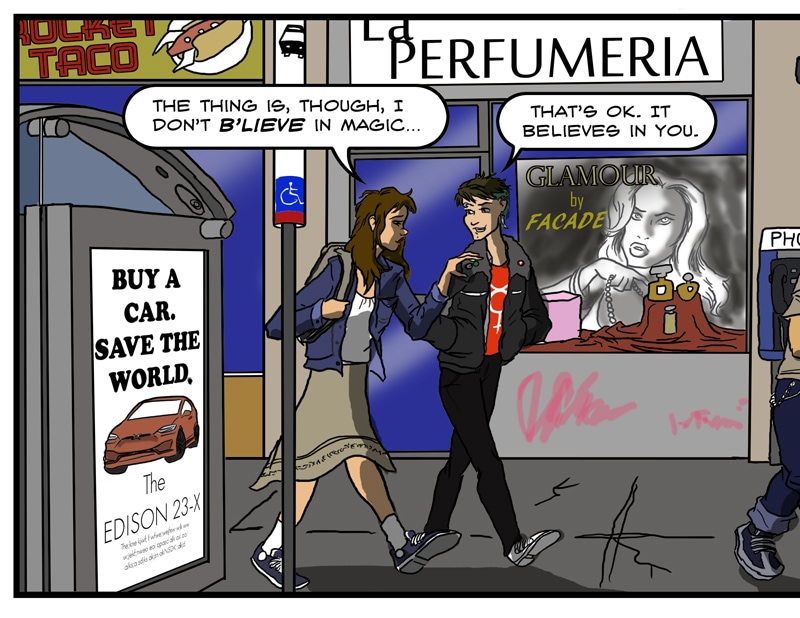 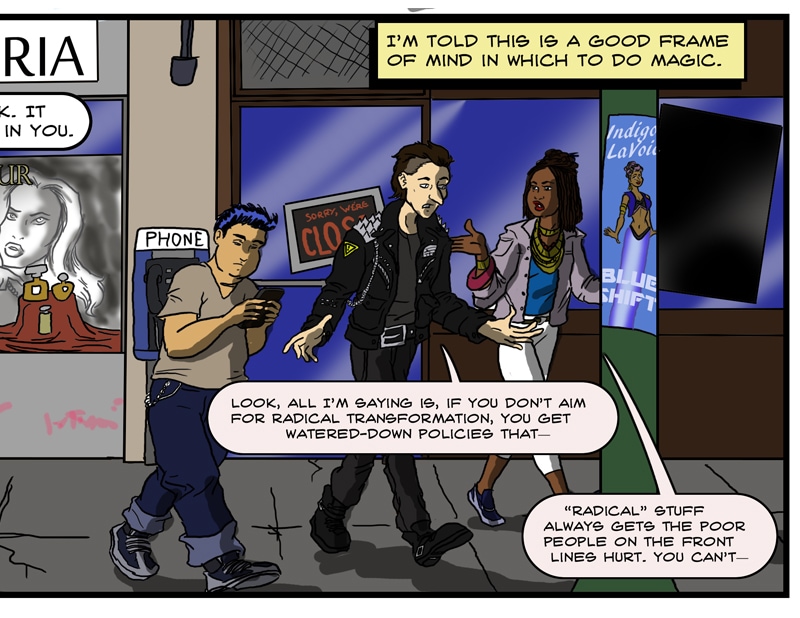 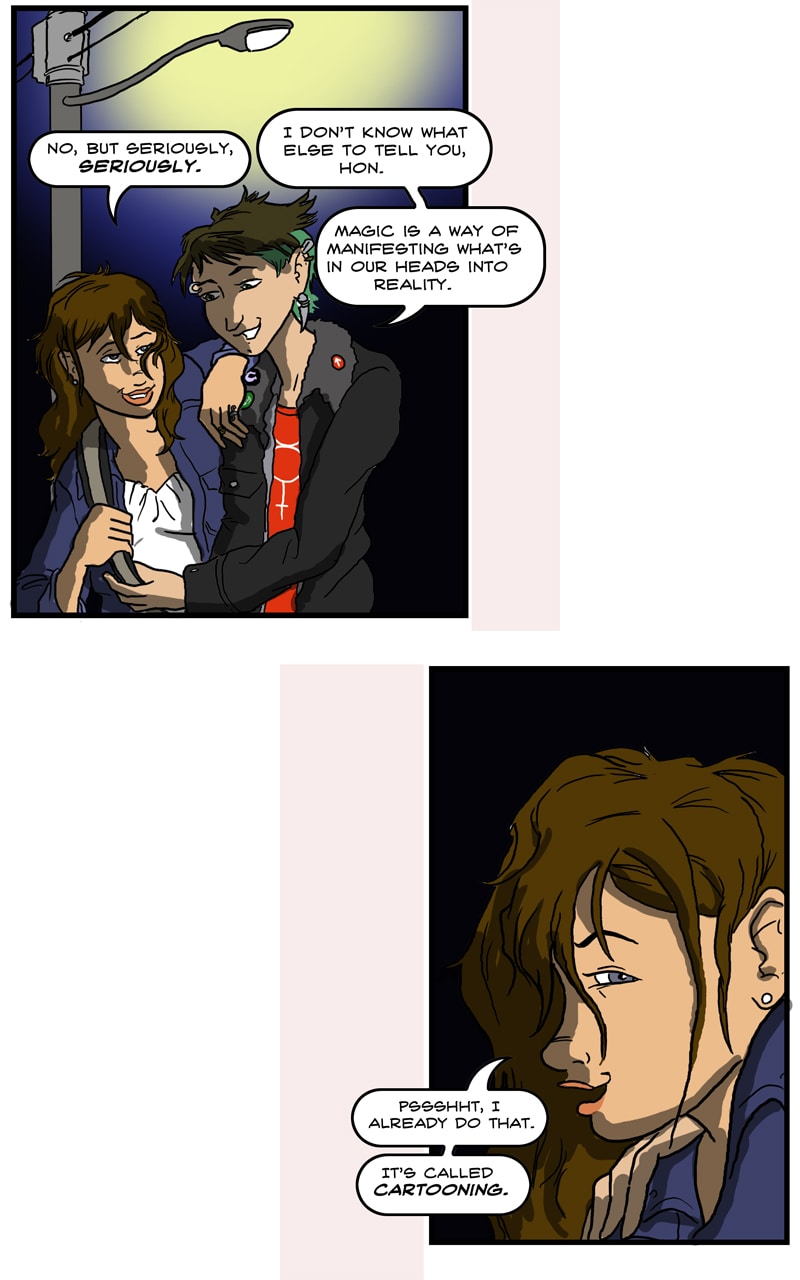 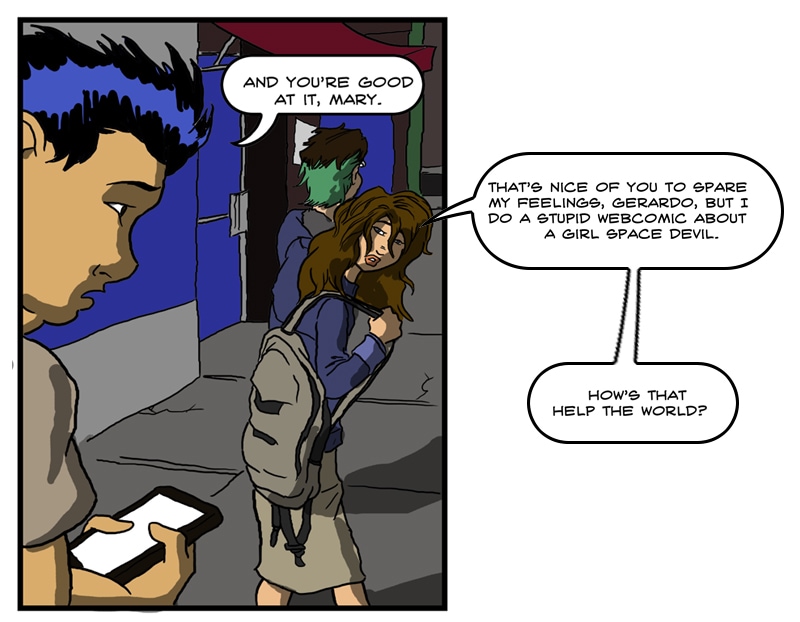 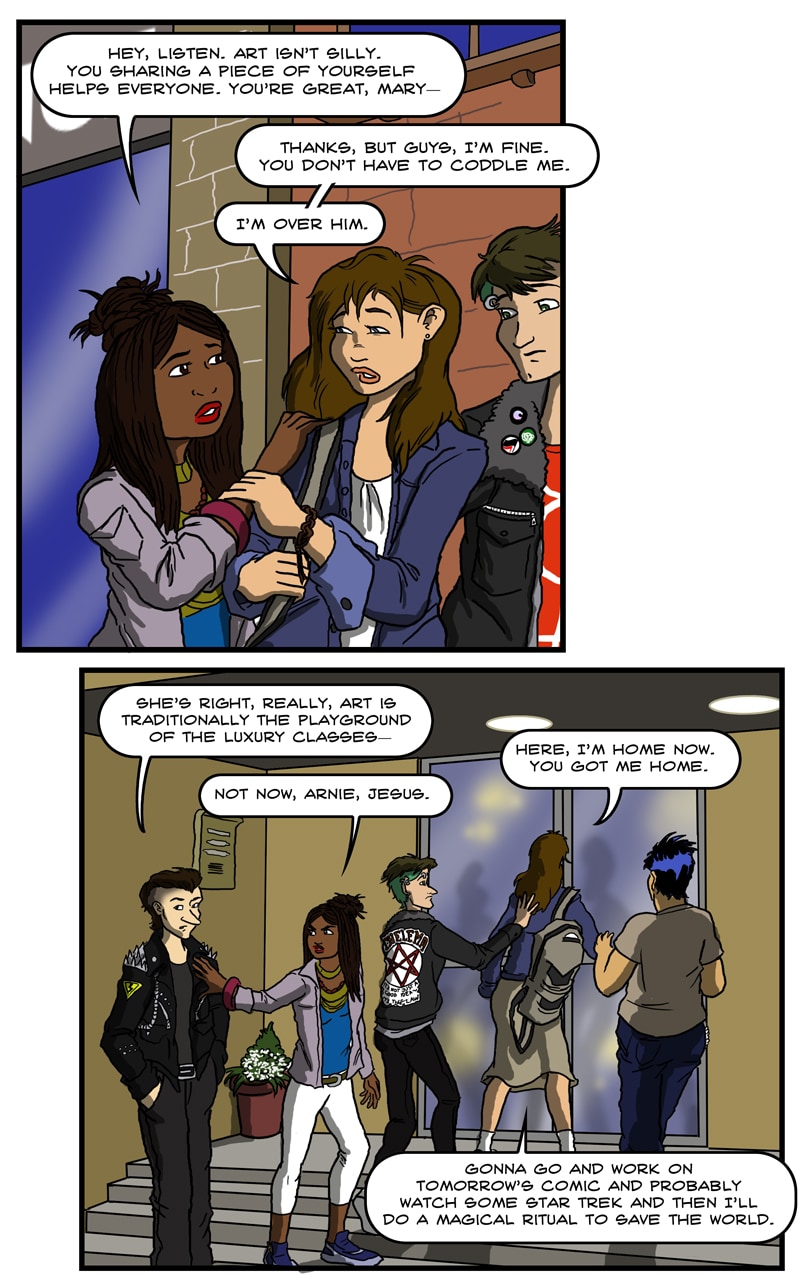 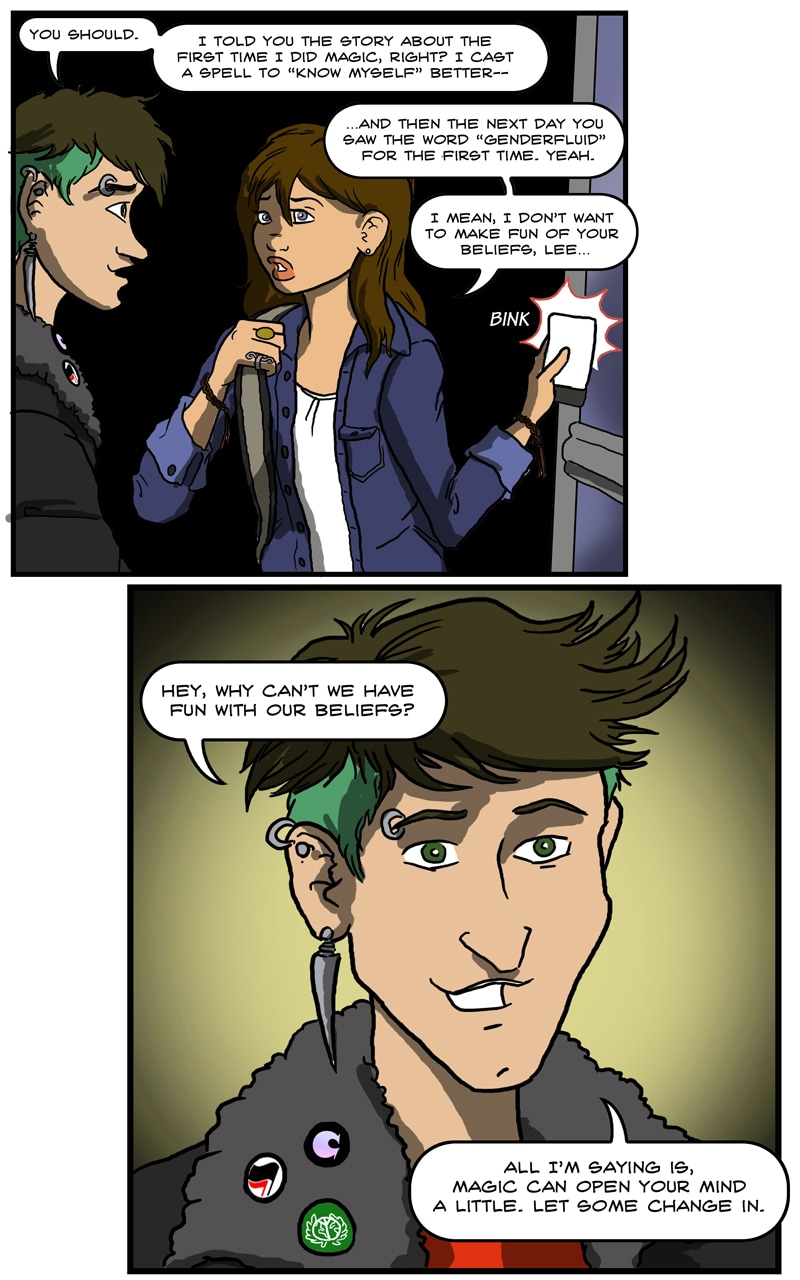 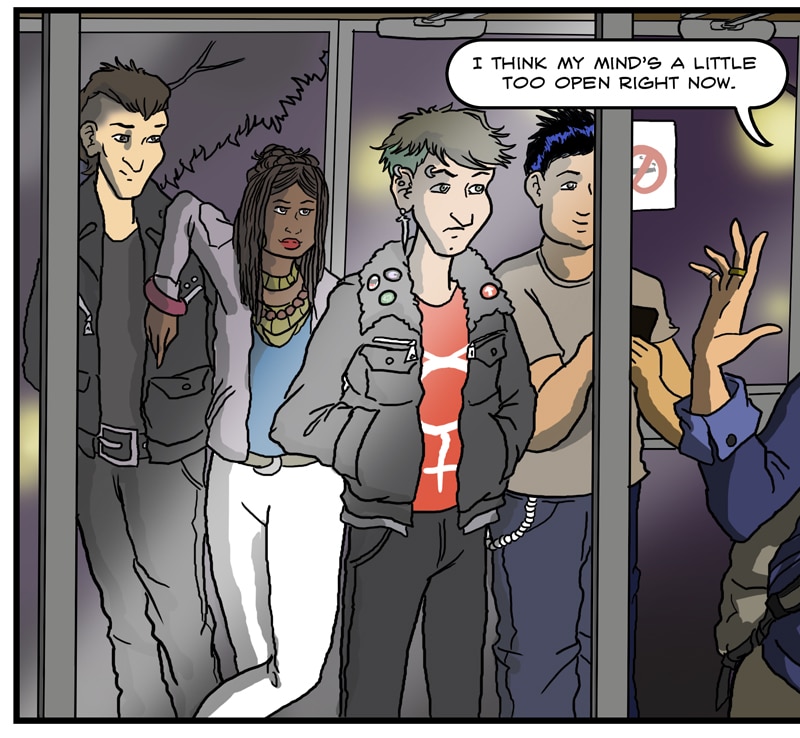 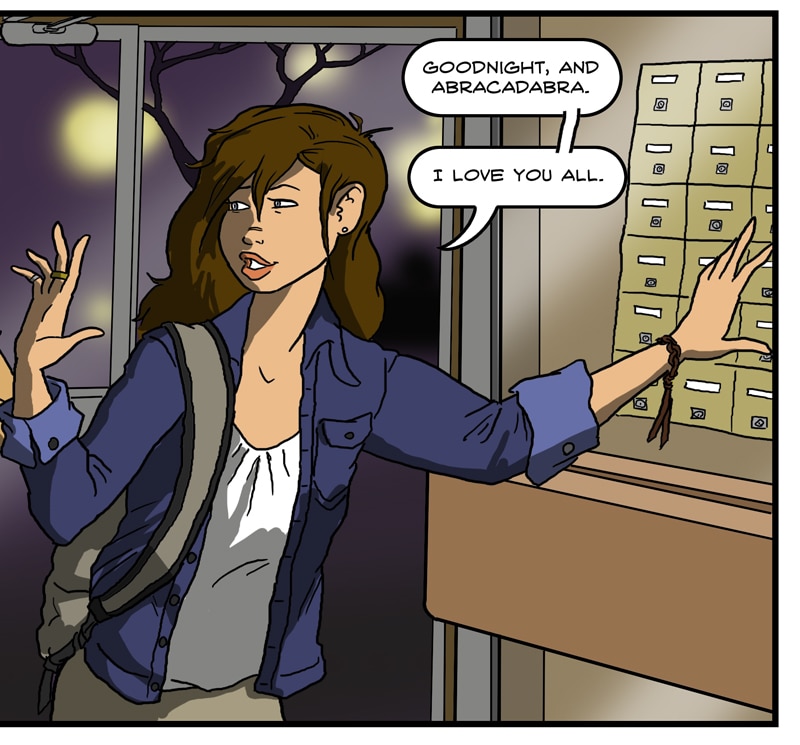 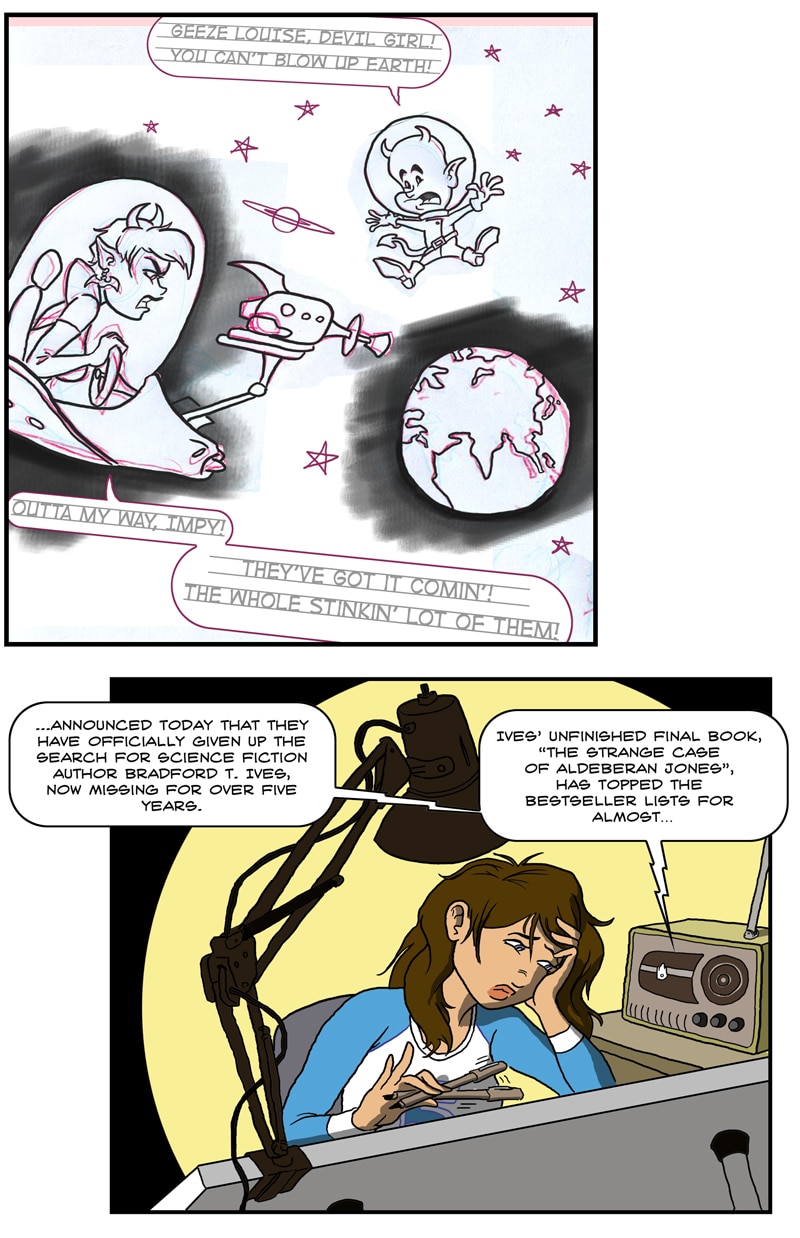 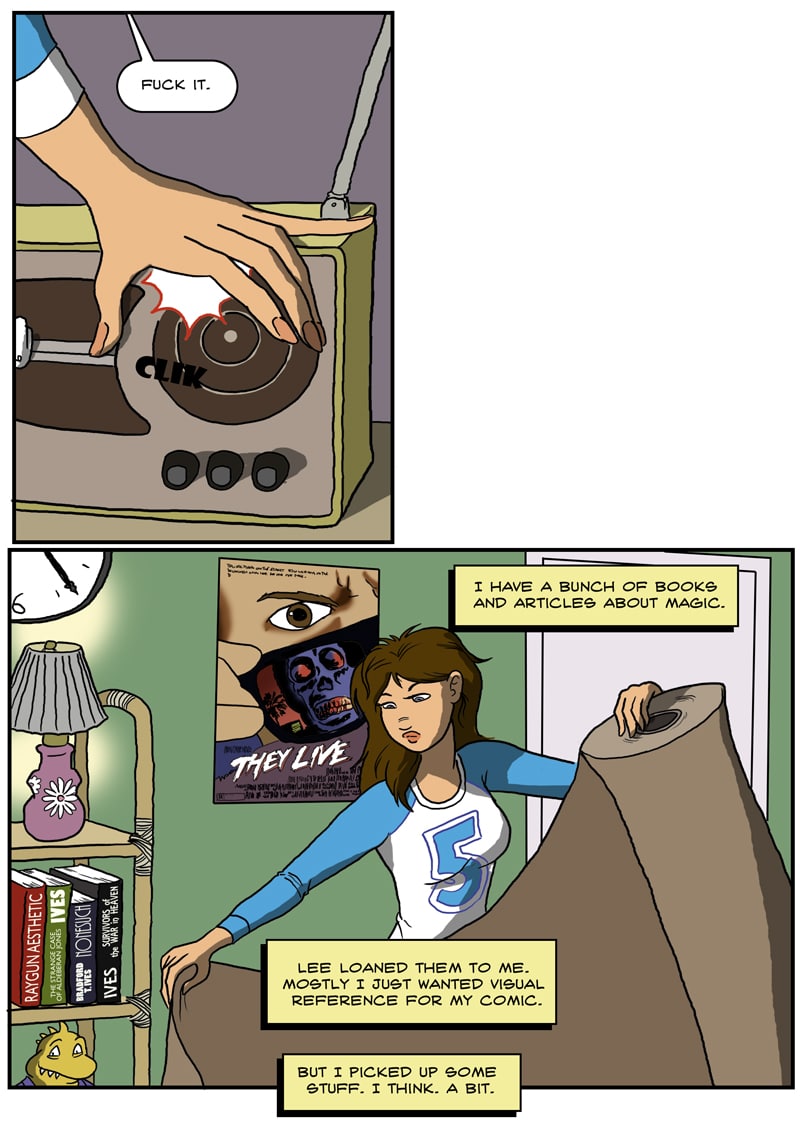 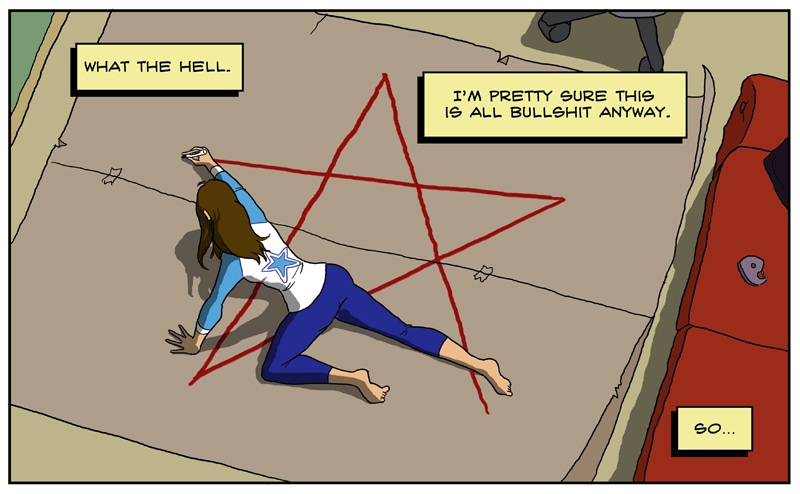 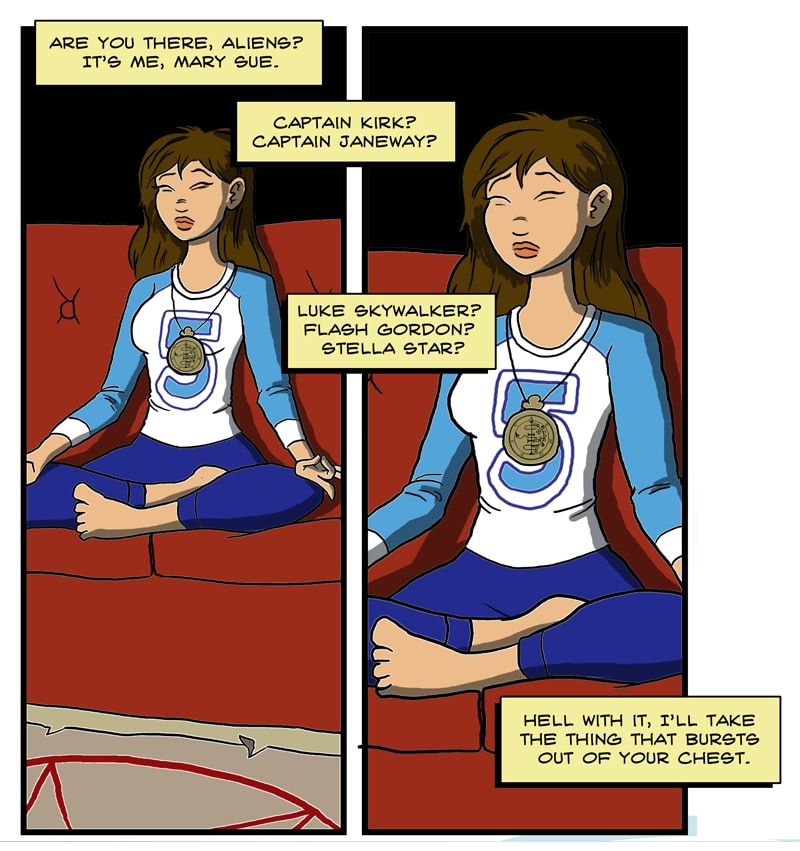 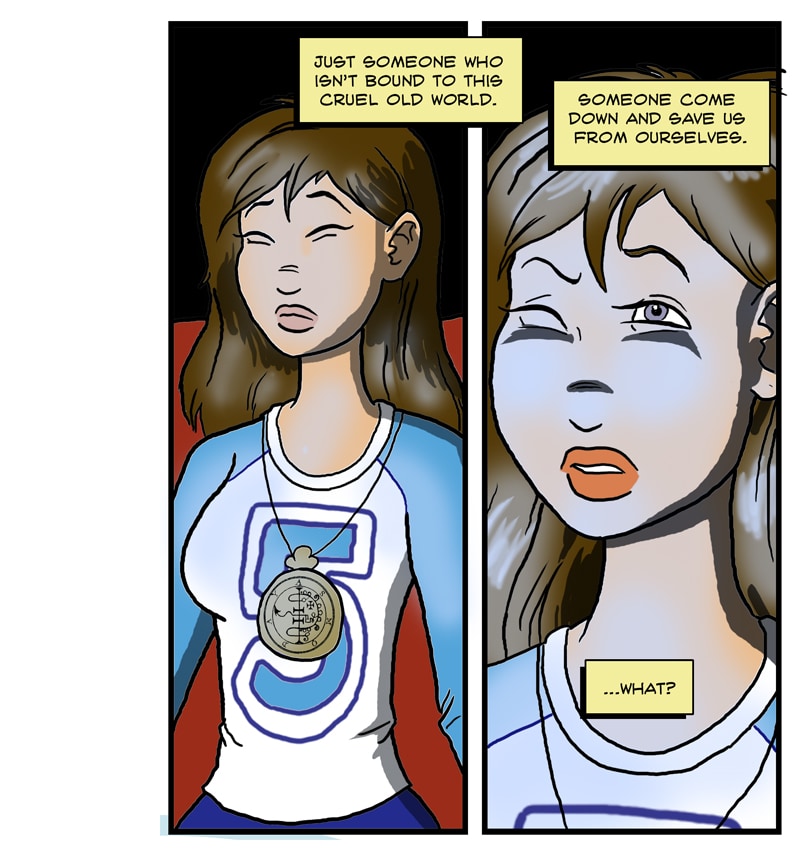 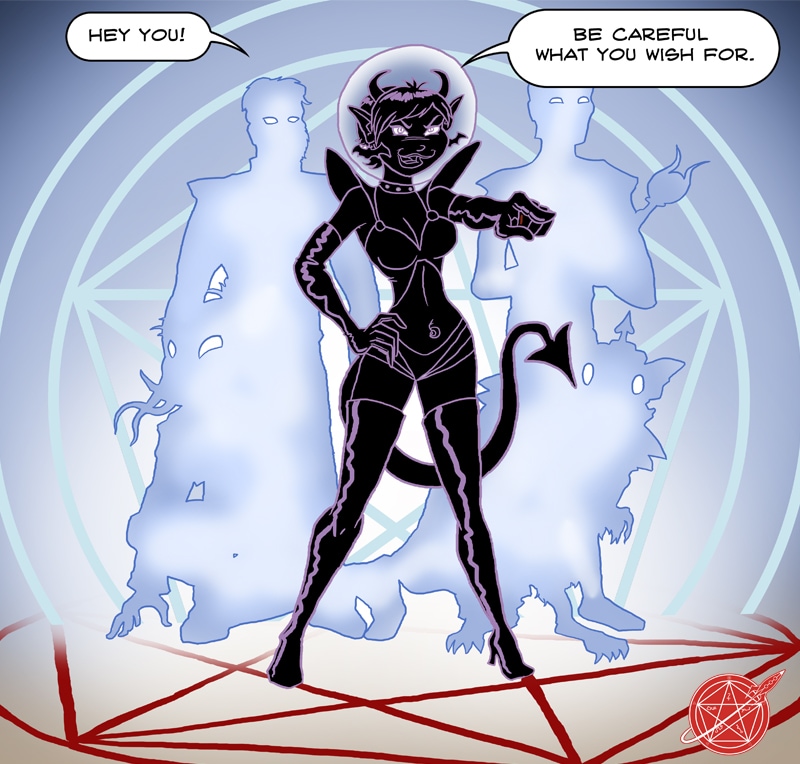 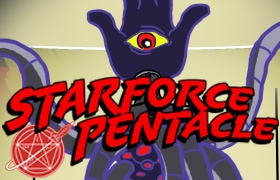 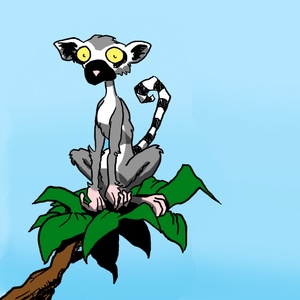 The world's in rough shape. Mary Sue Maxwell doesn't believe in magic, but she's drunk enough to try a spell to make the world better anyway...

Hey everyone, I'm Adam P., aka Prankster36, and this is Starforce Pentacle! On one level, SP is a zippy space opera about magicians traveling across the universe to save the Earth. On the other, it's a magickal working in comics form, similar to Grant Morrison's The Invisibles or Alan Moore's Promethea. Like Mary Sue, I'm going to see if I can cast a spell to save the world. No pressure or anything...

Starforce Pentacle exists in a rough form on Comicsfury--I'll link to that next week. It went up in five page installments every month over the course of two years, but it was never properly finished due to time constraints. Now that it's on Tapas (and Webtoon, by the way) I'm going to use that as an excuse to really get it polished and into shape as I go. A new chapter will be up every Thursday until I've posted all 25 original chapters. At that point I'll be taking a break but I'll be back before next year is out with some new content!

If you'd like to see some of my other work, including my sword n' sorcery comedy LEMURIA and my lifeguards-vs-the-paranormal adventure NIGHTBEACH, plus the anthology comic I edited STRANGE ROMANCE, check out www.phantasmictales.com or "Phantasmic Tales" on comixology. And you can subscribe to my Patreon to listen to the podcast I do on pulp and genre fiction, WHAT MAD UNIVERSE?!? early. The law of fives says...you should do all of this!

Thanks for having me, and I'll see you in a better universe! 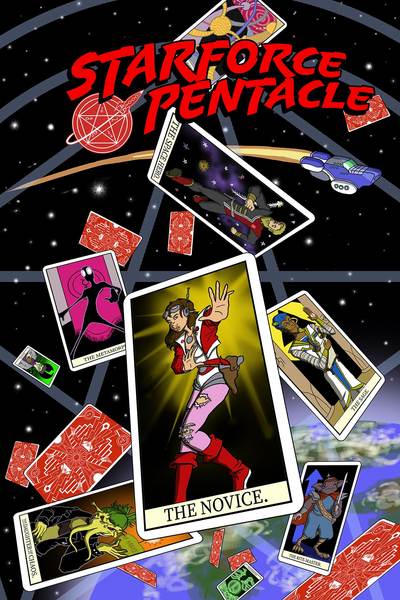 Mary Sue Maxwell was just a small-time cartoonist who dreamed of making the world a better place. She didn't think, when she decided to dabble in magic, that the first spell she cast would throw the secret powers of Earth into chaos. Now she's been thrown across the galaxy with a team of anarchist sorcerors on a mission to save the world. STARFORCE PENTACLE is a way out magickal trip of a space opera webcomic, like The Invisibles for people who watch too much Star Trek. Five by five!
Subscribe 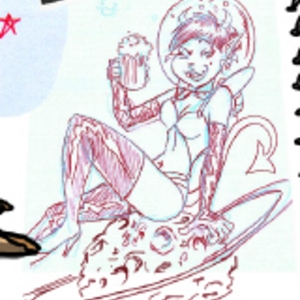