“Each Alpha only has one Luna, their fated mate. They will only love and be loyal to their one and only Luna until the end of their lives."

"Madam Goldlane." A brown-haired man knocked on the double door of a room. "It's time for you to go up to the tower now.”

A young woman in a white dress, sitting in front of the dressing table, nodded. She had just finished styling her pale lavender hair into a neat bun on the back of her head. The woman stood up and walked away from the room with a gentle bland smile, following the brown-haired man's footsteps.

In the long corridor they passed, there was a row of castle windows. They provided a beautiful view of the full moon sky. The woman quietly followed her escort into another passage that connected the castle to a tall tower.

The long eyelashes on the woman's sharp, shaded eyelids quivered as she entered the dark passage. At the end of that passage, a door opened and the stairs behind it were visible.

"Thank you for bringing me here, Secretary Daniel," said the young woman as the brown-haired man stopped at the door.

The brown-haired man smiled and bowed with his right hand pressed on his chest.

"It's my pleasure, Luna," said Daniel with a serious facial expression.

Young Marchioness Harriet Goldlane was momentarily surprised to hear the title the man used to address her.

However, the surprise didn't last long. A sad look appeared on her pair of clear lavender irises.

Harriet began climbing the spiral staircase lit by the torches. She had only made it halfway up the tower when she stared out the window next to the stairs. The cold night wind brushed against her body, but she got goosebumps at how high she stood now.

Harriet had always hated high places. Normally, she would not approach towers or places like this.

However, that man lived in the tallest tower of the Almandine Duchy castle. Tonight would be the first time Harriet see the man, her husband.

The wind brushed against Harriet's face and white dress, making it flutter gently. The moonlight flooded the high-ceilinged glass room, allowing one to see the star-studded sky from within. Every window was open. It was so cold that night. However, Harriet's attention was fixed on a young man sitting against the window grille.

His pale skin that looked a bit wet reflected a blue glow under the night light. His tall, sturdy body leaned casually behind the transparent window curtain, while his hand clutched an open letter.

Harriet could see his long straight blonde hair waving in the wind. The man's eyes closed. For a moment, Harriet stared in awe at his face.

This man had a sharp angular jaw and curved dark blond eyebrows that looked like a pair of sword blades. A faint smile that didn't really look like a smile lazily etched on his face.

At that moment, the man's sharp nose seemed to smell a new scent, and his brows furrowed.

"Lavender..." he whispered in a slightly hoarse voice.

He then opened his eyes. The man pushed aside the transparent curtain that blocked his eyes from looking at Harriet. As soon as the two exchanged glances, Harriet realized that all of the young man's handsome features were instantly complemented by the charm of the man's pair of golden eyes.

Harriet realized something else too. Her eyes widened as she realized that this was not the first time she had seen the young man with long straight blonde hair. How could she not know him?

He was the man at the waterfall...

The sound of the wind enveloped the silence between the two.

“…Young Lord Almandine,” Harriet came to her senses and bowed her body in a smooth and flawless motion, revealing the posture of a trained noble.

When Harriet looked up, she could see the man bowing in return as well, with his right hand on his chest. His golden eyes opened, staring straight at Harriet's slowly heating up face.

Both of them straightened their bodies. Liam smiled and walked over to her.

When the man handed Harriet a letter that was already opened in his hand, the young woman just looked at him in bewilderment and accepted it.

As Harriet glanced at the contents of the letter that was held out to her, the man said, “My grandfather sent the letter to me from the West Fort, and I just read it.”

[...make sure you process my Alpha great-grandson with my granddaughter-in-law, Harriet Goldlane, on the first full moon night she comes to your tower...]

The contents of the letter immediately made Harriet blush badly. The calm countenance and graceful expression that the young woman had always worn and practised for so many years was gone, replaced by a look of confusion and embarrassment.

"Ahem," the man with long blonde hair cleared his throat awkwardly and took back the letter in Harriet's hand.

Harriet couldn't look into the man's golden eyes, so she looked down at his lips which smiled awkwardly. The man let out a small sigh.

“You arrived here, so you must have known I only woke up on full moon nights. Did my grandfather force you to do all this?” asked the man in a soft voice.

For some reason, Harriet slowly managed to look up, looking back into the man's golden eyes at the sound of his soft voice.

"A month ago, during the full moon, didn't we already see each other?" asked Harriet, trying to remind the young man of the day they first met. “At that time, you stopped my brother...”

The young man raised one hand quickly, stopping Harriet's words. His eyes widened as he realized everything, and he slowly understood the situation. He read the letter once more and then nodded in understanding.

“So to save your brother, you made a deal with my grandfather to give birth to an Almandine heir from me?” the man asked.

Harriet was surprised that the man could understand everything so quickly with just a few small clues. As soon as he saw Harriet's amazed face, the man chuckled and shook his head.

"Are you sure you don't mind?" the man asked quietly, throwing the letter in his hand on the floor.

Liam Almandine stared at Harriet with his golden irises. There was something in his gaze that made Harriet freeze. It was like looking straight into the eyes of a beast.

The man approached. Liam's hands slowly reached down to the sides of Harriet's waist, gently feeling her up and down like a dragonfly touching the surface of still water, creating wide ripples of water.

The ripples were like electricity running through Harriet's tense body.

“You came here… You knew what is going to happen, right?” asked the man, whose eyes began to soften and his lips slowly curled into a mischievous smile. "Is Madam ready?"

Harriet had a hard time swallowing her saliva. But her two lavender eyes stared straight into Liam's golden eyes.

The man suddenly coughed as he stepped back with a wobbly body. His hand quickly covered his mouth.

She quickly helped the man sit on the bed.

"Are you okay? Should I call someone?” asked Harriet frantically.

“Pff...” Liam stifled a laugh but then failed. In the end, he burst out laughing. "Hahahahaha!"

"Goodness, you surprised me, Madam," Liam said, picking up a handkerchief on the side table. He wiped the blood he vomited and then said, "My Madam is a very candid type of person."

Harriet furrowed her brows in a blush, tilting her face to the side, feeling slightly offended and annoyed.

"Madam," Liam pulled Harriet's hand closer to make her sit on the side of the bed. Taking a deep look at the woman, Liam asked, "Again, are you ready to be my Luna?"

This was the second time Harriet had heard the title mentioned to call her today.

However, Harriet was not Liam's Luna. Harriet wasn't Liam's destined mate. That was why, with a sad face, Harriet asked back.

“What about you, Milord? Is Milord willing to accept me as your Luna?” 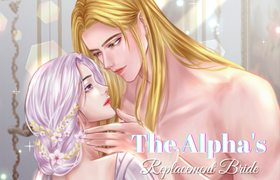 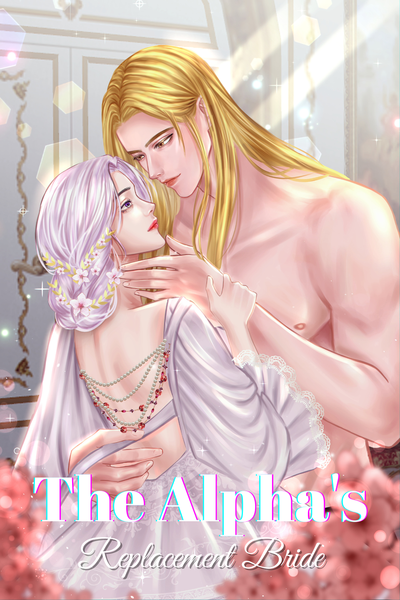 Marchioness Harriet Goldlane, a talented noblewoman, made a deal with Old Duke Almandine. To save her younger brother, she was willing to become a substitute for Liam's 'mate', the grandson of the Old Duke. Liam was an Alpha whose 'mate' died long ago. He was severely injured and had been living without a heart for a long time. He could only wake up from his sleep when there was a full moon.

The Old Duke and Liam himself guessed that the man would die soon due to his worsening condition. Because of that, Old Duke wanted Harriet to give birth to an heir to the Almandine Family from Liam's seed so that their family would have a new leader.

The Alpha's replacement bride would soon find that she was in love with the dying man and now they both wished for a miracle to save Liam's life. Could she fulfill her duty to bear the next Alpha for the Almandines? Would Liam survive to protect his bride and family?
Subscribe 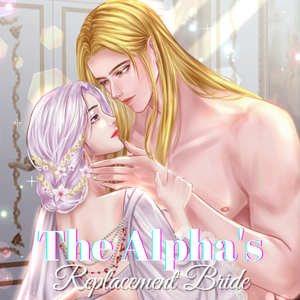