The God Of Creation

Dark mist filled the air accompanied by flashing strikes. Powerful winds crashing with the sea causing massive waves to befall the land. Nothing but the destruction could be seen. Buildings ensnared to the ground as if they were mere plants to be watered. It was clear as day that a battle has partaken here.

You'd think that only monsters would be capable of such an inhuman task. You wouldn't be wrong however, the monsters aren't the hideous, unpleasant being. No, these monsters resemble humans from stature to personality. Their strength was so vile that describing them as monsters would sound more complimentary than insulting.

On the air were seven of these creatures flying ever so greatly with wings on their backs. Lower in the air was but one standing as if gravity was nothing more than a peasant with as much power as a rubber blade.

A fluorescent light appeared in the sky brightly shinning towards the ground. Melting everything it touches. This spell of the divine tier cast by one of the flying beings. Dressed in a long-sleeved, white robe which extended to his feet. This perpetrator was as pale as a ghost which complimented his perfectly white hair. This man who might as well be a cloud had a discerning feature one that was not common. On his upper back nestled four large, white wings and four more on his lower back.

“To think that you're this much of a threat. I’ll make sure you perish here.”

The light intensified as it slanted upwards facing his opponent. Burning everything in its way but, as soon as the light came close to this all inspiring figure it vanished. This feat astonished the proud caster as this was not possible. This spell was one of the strongest light-based spells ever to exist. it was unblockable and undodgeable, yet this man canceled it by firmly standing.

“Was that the best that you can do. I thought that one with the title the ‘All-Powerful’ would be more of a challenge”

This prideful statement. Meant to anger the divine being was said by the most arrogant of creatures. Standing strongly with his arms crossed. He had the longest white hair, reaching his feet. Wearing the finest gold armor, which filled his chest to his legs. Accompanied by a long white robe stretching out to his legs. His wings were larger and greater in number than that of his opponents. His bright arrogant smile filled the atmosphere as he toyed with his opponent.

“Come now, don’t tell me that I sealed all your power. I’ll allow you to ask for some assistance from your companions in the back.“

Furious from the statement the All-Powerful clenched his fist. Grinding his teeth from what he said, he began to ferociously power up all while screaming

He flew swiftly to his foe with full intentions to kill. Thereafter followed by his allies. Their fight caused mass destruction to the lands. Creating a calamity that would soon be known as ‘The Battle Of The Gods.‘

We go back five years before when this all started. In a small village named Argracia (ar-grace-ia). a rural land located in a valley a few miles from the capital. Known for its greenery and farming, it was next to the forest. Filled with plenty of resources but equally full of low-level monsters.

On the northmost hill laid a large tomb. Although it looks small on the outside it was rather large on the inside. The tomb was large enough to hold at least one thousand people inside with space to spare. Dust filled the tomb along with spider webs in every corner. On the deepest part of the tomb, in its largest room was a coffin made of stone.

A shattering sound echoed through the tomb. This was the sound of stone breaking, causing birds to fly away in a panic. The cover of the coffin was on the ground in pieces. Who would be able to break stone?

A hand reaches outwards towards the ceiling coming from the coffin. It grabbed the sides pulling with as much power as it could muster. From within the coffin came out a lean person who had no clothing to speak of. He had black hair flowing backward. He made a disappointed look before he spoke.

“To think this is where I spawned”

He inspected the vicinity first beginning with the ground. Followed by the ceiling knowing these are the most likely places for traps. Next, the walls and finally himself. after carefully analyzing the surrounding he said.

“ I couldn’t even teleport with clothes. It seems my inventions need some work.”

He left the coffin walking around the room carefully contemplating his next move.

“ I was able to escape before they could catch me. I know for a fact they’ll be after me. If my calculations are right it’ll take them five years at best”

The nude man began to walk out of the room looking for something to cover himself with. Realizing he forgot something he halted his movements.

He shouted as if he was waiting for a response he waited. There was a long pause before he heard.

A woman’s voice spoke out loud in a robotic voice. The sound could not be heard from the outside. Only audible inside his head.

“The system must have been damaged when I escaped.”

[Due to previous battle the system has reset]

[Warning: System has no spells in memory. The host is too weak to survive]

“I knew I would be weakened but I’m a sitting duck like this. System what’s my status”

[Except Magic power (MP), The host is weaker than the average human]

[However, with no spells kept in storage, The host is might as well be chop liver]

The words of the system annoyed him. In anger, he shouted

“I don’t remember you having a sense of humor!”

The man knew that arguing with the system was a waste of time. His first task was to acquire some sort of power or skill that can enable him to survive this world. The man knew this was not going to be an easy task. Finding a magic book or a skilled person let alone one that can teach him for free would need the luck of the gods. He walked towards the exit deciding to deal with that issue another time.

A few minutes before this. In the heart of the village.

A loud sound was heard from the tomb. The villages were startled which then turned into concern. They know that the place was abandoned.

“Not even monsters dared to step foot in that grave”

Said an old man walking crookedly facing the tomb. He began to think about what sinister creature would make that noise. His thoughts slowly turned into fear.

A young lady appeared. Wearing a yellow pale shirt with a long dark orange long skirt. Walking from her home she saw the old man’s face filled with anxiety. She felt sorrowful for the old man. Wanting to cheer him up she said.

“Don’t worry grandfather, I’m sure it was a rock falling. That place hasn’t been touched in centuries. Of course, the rocks will deteriorate.”

These words calmed the old man. That explanation sounded so factual. Coming from her soothing voice it was all the more believable.

The old man said casually strolling back to his residence. Although the old man was satisfied with that explanation, Jenna was not. She knew that sound was more than that. She stealthily got a knife from her household and ran to the cave making sure no one sees her.

She reached the entrance to the cave. Her feet began to tremble the closer she got. Pulling the knife out from where it was hidden right before she took one more step. Jenna clenched the knife harder as she tried to regain her composure. After taking a long sigh she walked inside. In that instant a roaring shout.

“I don’t remember you having a sense of humor!”

Jenna was startled causing her to fall down in a panic. The knife was dropped thus making a clattering noise. Jenna promptly picked up the knife pointing it at the dark figure walking towards her.

Thoughts of her death filled her mind as she assumed this was her last breath. She realized she had made a mistake. Asking herself who she thought she was trying to fight a monster. The figure marched slower yet closer. This made Jenna’s fear only rise. She rattled with intensity, tears running down her face. Wondering what this monster looked like furthermore, what it would do to her.

The dark image appeared on the light slowly displaying his human demeanor. what Jenna saw was worse than any monster. No, what she saw….was a naked man, a pervert. 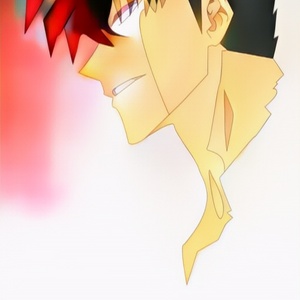 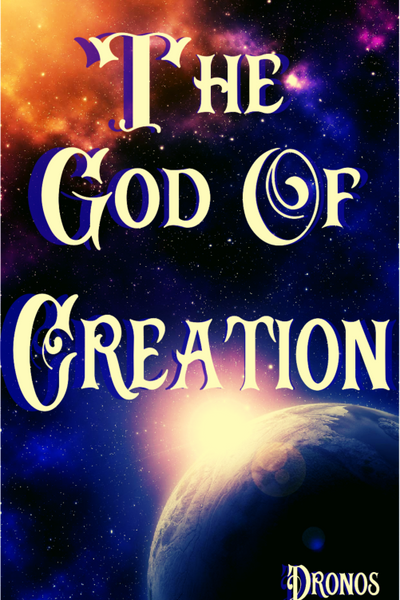 The God Of Creation

After a swift retreat Quant awakens in a dark, mysterious tomb. Completely weakened from his previous battle with not even a cloth on his back. His goal is to gain back the power he possessed in order to annihilate the coming threat
Subscribe 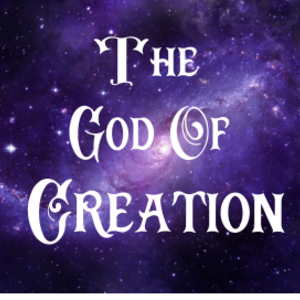