The Guardians Of Magicixizats: Volume 1

The Beginning Of The Guardians Of The Magicixizats!

How they came to be known as The Guardians Of The Magicixizats?

Once upon about seventeen thousand years ago, there was a team of seventeen individuals with extraordinary abilities from beyond. These teenagers were not ordinary individuals from planet Earth, and they were actually from the planet called Guareyinite. "Defined: Guareyinite is an ancient planet that is about seventeen thousand years old. The planet is about two hundred twenty-one thousand points seventy-seven light-years away from Earth. 221.77 light-years away from Earth. The planet's defenses are very far in advancement. Here is a fun fact that Guareyinia is not on Guareyinite it is on planet Earth. Not to be confused with Earth's Guareyinia and Guareyinite's Guareyinia. But the one fact is that Guareyinite's Guareyinia is in one piece, unlike Earth's Guareyinia is in ruins, and is pulling itself back together again." On that very planet, there was a sister city named Guareyinia. The Guardians of Magicixizats had a skyship called Omega Dragon Starship Defined: Colonial Jsyzier Omegastar is the commander of Omega Dragon Starship, which of course was falling out of the sky. Their ship crash-landed on the surface of the Earth, both of their engines were blown out, and had to be fixed in order to launch on time. The ship had been grounded because the ship was broken to start with. The reason their engines were out of order was that they had been fired on by an undefined aircraft. They all got separated by accident, they did not realize that they were an amazing team of individuals, which had epic powers from another planet, universe, and galaxy. The strange thing is that they were trapped in an abandoned castle, they walked around, and walk into Multiple Chromatic Lifespans "Defined: Is a weird Guardians of Magicixizats term. The reason of why it is so odd is that Multiple Chromatic Lifespans also known as a Past version of themselves" or better known as M.C.L., and they are sleep pods.

They were in there for twelve centuries. These individuals came from the sky above the Skyeyinia. "Defined: Now, Skyeyinia is an interesting subject of interest, because of its magical properties. Now, here is the fun part pronounce of Sky-ey-inia." The city called Skyeyinia was once part of Guareyinia. The whole island split apart without warning, and the next moment all the residents of Guareyinia had to abandon the island. The next moment the entire island broke into multiple pieces without warning even. The island's magical crystal broke into ten crystals, which are called in today's world is "The ten magical crystals of all magic and power." The only way to put the ten crystals of all magic, and power back into the legendary crystal of Guareyinia. The island of Guareyinia was broken into twelve separate islands. They are named the following: Skyeyinia, Catheyinia, Gogurienia, Tarefineyinia, Gortheyinia, Dartheyinia, Karcheoninia, Sarcheoninia, Varcheoninia, Gorethinedale, Stareyinia, and Oceanareyinia. "Defined: These twelve legendary cities are ancient legend and prophecy. That states one by one, each piece will start to move slowly back into place until the whole island of Guareyinia is fully back together as one unit. I will have the pronounces for every The Guardians Of The Magicixizats word and term used in my book." In addition to all that, Gorethinedale is a Guardians Of The Magicixizats's translation error, and the correct translation is Egypteyinia and Gorethine Dalelinia. There is always a way for good to triumph over evil. Most of The Guardians Of The Magicixizats are strange, unusual, and unpredictable; the reason why they are so odd and unpredictable is because, they change their ways. Then, a mysterious knight came along with a proposition, and a proposal to help the kingdom of Guareyinia out of the bad times. The reason, why Guareyinia is in such bad conditions is that it has been to war multiple times as a result to the bad conditions of Guareyinia, and other problems. Their result and decision was to close the gates of Guareyinia. Now, of course, the twelfth island called Oceanareyinia is located off the coast of Ocean City, Maryland.

Once, the twelve islands start to move back into place than the whole island of Guareyinia will reform itself again. The statues on the island are alive and will spook tourists when they don't expect it coming even. There are also Hotels, Attractions, and restaurants that a little haunted, but not Scary Haunting "Defined: It is the opposite of Friendly Haunting.", it is a little different, and it is Friendly Haunting. "Defined: It is the opposite of Scary Haunting." Ghosts who love to help and provide a service to the tourists. But there are some spirits who resort to Scary Haunting tactics instead of Friendly Haunting tactics. Then, there are the places that are Extremely Haunted. "Defined: Extremely Haunted is when a place is seriously haunted by multiple spirits." Each of the twelve islands are a piece of an ancient puzzle from a hundred years ago, basically, they are Crystal Keys "Defined: Crystal Keys are an old term for Guardian Crystal Keys. The reason why they were split and sent different ways is because of The Guardians of Magicixizats It has been said that if these Crystal Keys should fall in the wrong hands. Then The Prophecy is real." Each one of these Crystal Keys opens up The Great Guardian Gate. "Defined: The Great Guardian Gate is an ancient gate that is at the front of Guareyinia." In addition to all that has happened before. Some have said that there is a revolving door and spinning staircase that leads nowhere. Anyway, the whole entire island is like a gigantic puzzle, which keeps on changing its surroundings to confuse its challenger. Of course, I am talking about CastleMansion and Guareyinia as well as the other structures that are in Guareyinia. In addition to all that, the great power is just a mere legend to tell to children to make them behave.

Hey Resairisi! Aren't there some ghosts within CastleMansion? I believe so, why? Just curious. In addition to all that, there is a local legend about stone warriors. But they are just an urban legend passed down from one generation to the next generation. Then the ruins of Gardenia were found. hen something strange fall to Earth and it was some type of power source that Earth has never seen before. What... When did this power source fell to Earth? During the middle of the Jurassic Era. So this power source has been here since the dinosaurs? That's affirmative. This Great Crystal was so powerful that it could not be destroyed by The Mystical Knights Of Order. Something tells me that there is going to be Apoplectic Future? It is not every day that I have a vision that will change the world. There are a lot of unknowns about The Universes Of The Guardians Of Magicixizats’ worlds. There are countless Legends about their Legends! In additionally, there are many types of monsters ranging from Dragonoids to other types! Recently past events has started to reappear in my memory of memories of The Guardians of Magicixizats Of Guareyinia! About 300 years ago, there was a supernatural being who had fangs, and did I mention it was a talking book. This book had jacked fangs on its cover. Then one hundred in fifty Doves entered The recreation center and started flying towards Mr. Casey but landed directly on top of the lifeguard tower, then flew off the tower and started forming Jonathan Yaconiello.

Meanwhile, The Guardians Of Magicixizats are searching for The Great Crystal aka The Power Crystal. Now back to about The Great Crystal, or The Power Crystal. Okay, we have to find it before The Knights do. Yes, I agree with you on that one, but where is The Great Crystal/ The Power Crystal? According to the legend, it lies in Gardenia somewhere. Now, isn't that a real pickle of a problem because Gardenia is massive. We cannot let anyone get their hands on a crystal-like that again. I agree with you, but how do we keep it out of bad hands. Simple we give it to Jonathan Yaconiello for safekeeping. Hmm... Are you sure that is a good idea because in the past the crystal has corrupted people like Jonathan Yaconiello? Yes, I am positive that he can handle it well and keep it from evil hands like The Knights Of The Order, and The Darkhand, and other criminal groups. Who will try and get the crystal, and that includes Scorpio and her little brother, Scordeedino when they want something nothing can stop them. I could not imagine what they would want rusty old crystal that is powerless now, but in the near future, it will be full of power. And the Foot Clan also wants The Power Crystal or better known as The Great Crystal, or even better known as The Resui Crystal. And why they want The Crystal in the first place is to resurrect their master.

In addition to all that, there are rumors going around that Scorpio's Scordeedino might have found the legendary lost power source of Gardenia. Of course, it cannot be turned on not without a Guardian Of Magicixizats present to supervise the development of The Great Crystal/ The Power Crystal. Also, at least that there are no more of The Guardians Of The Magicixizats left after the destruction of Guareyinia in the year 7707. Unleash they plan to resurrect one from the grave and plus, they cannot do that because they have no clue where Guareyinia is even. In addition to all that, has happened to our young heroes and our heroes have to face the world. Then something weird happened to all of Jonathan's cousins and the strange thing was that they were being vacuumed up by a mystical gate leading to The Universes Of The Guardians Of The Magicixizats. In addition to all that, it has happened before and there are new developments in The Universes Of The Guardians Of The Magicixizats. Therefore, there will be changes in The History Of The Guardians Of The Magicixizats! So that, they don't repeat the past. If the past repeats itself then we will be doomed for a century or longer. Of course, Someone has to save everybody from the curse. Recently, I overheard that The Shadow Armies are coming and the one who controls these armies is Mystical Dark Armor.

This Is The End Of Chapter Zero!

This Is Chapter Zero!

When I can't help it I am a Power Rangers Fan! 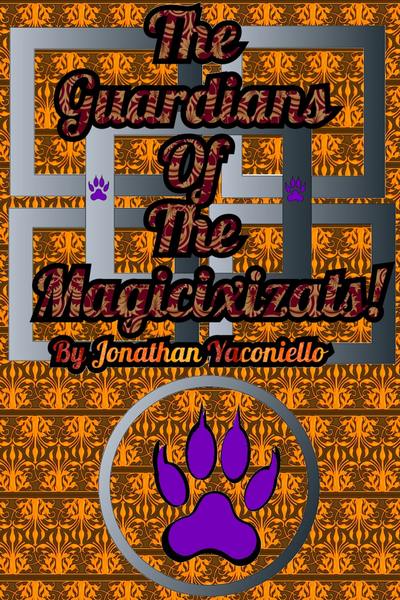 The Guardians Of Magicixizats: Volume 1

The Guardians Of Magicixizats are these kids who happen to crash on Earth in the year 2007 and they grow up knowing one day everything will change. And they fight monsters, bosses, and other things too. Oh, did I mention that their spaceship accidentally crash lands in front of Bayside High School! And that is where they hidden their ship called Omegas Ruby! 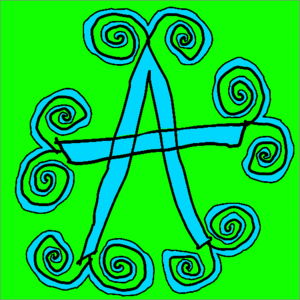